Much as my recent Muv-Luv tear has been about getting into something new and exciting (and relatively more affordable), I think a lot it has also been getting a chance to take photos of toys in cool poses. Simple and hardy toys like these tend to travel well so I like to take my Muv-Luv figures out on an excursion for some exterior shots. Since this is the last figure type in the Muv-Luv Revoltech line barring some miracle, I won't bore you too much with the details since it is basically the same as the Shiranui Second. 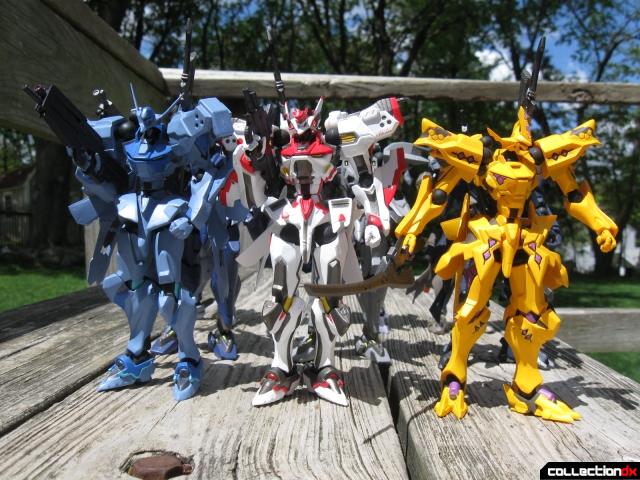 The Type-94 Shiranui (on the left) is Japan's first mass-production 3rd generation Tactical Surface Fighter and served as the basis for the upgraded Shiranui Second. As such, the figure doesn't have as many thrust vectoring engines all over its body (nor does it have that extension part for the gun holding mount pylon). Other than that, all the accessories are the same with the only major change being a different type of gun. These figures are great hand candy that I just love messing around with. The Type-94 Shiranui is one of the most common figures of the Muv-Luv Revoltech line so it's pretty easy to pick one up at a good price.

So without further ado, a cool robot toy. 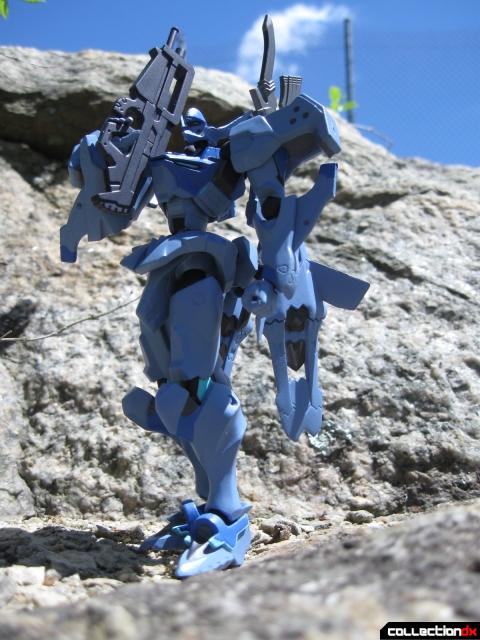 The Shiranui is good n' blue and piloted by people like Shirogane Takeru. 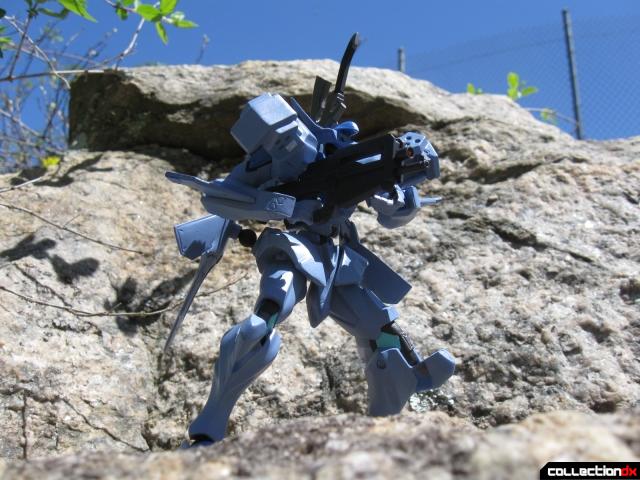 It looks quite dandy when perched atop a rocky outcropping. 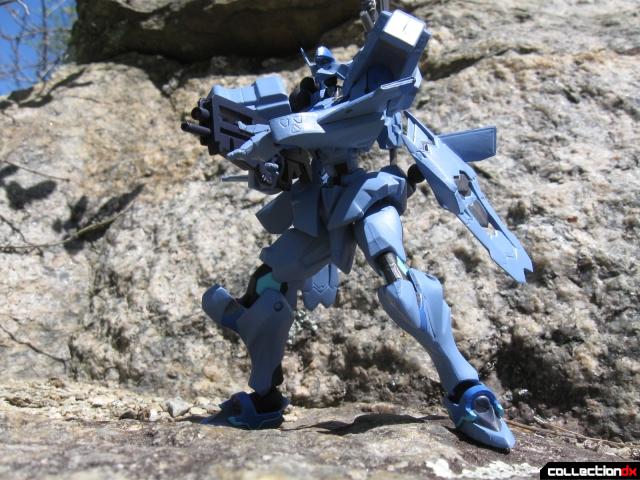 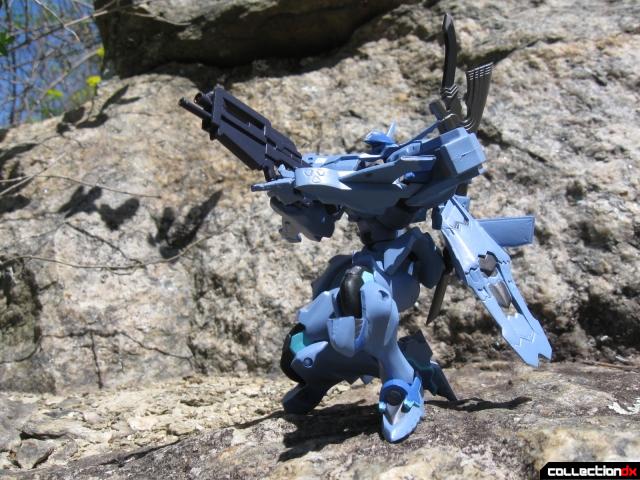 Or kneeling firm to show that it passes the military giant robot test. 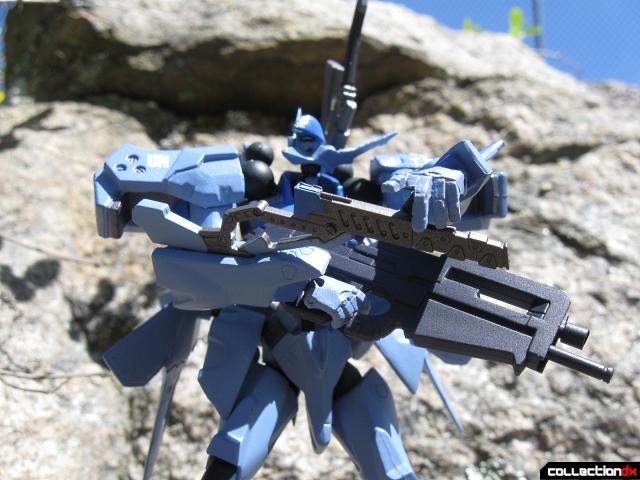 The forearm fins can be swapped out with the extended knife sheath for some tacticool weapon draw action. 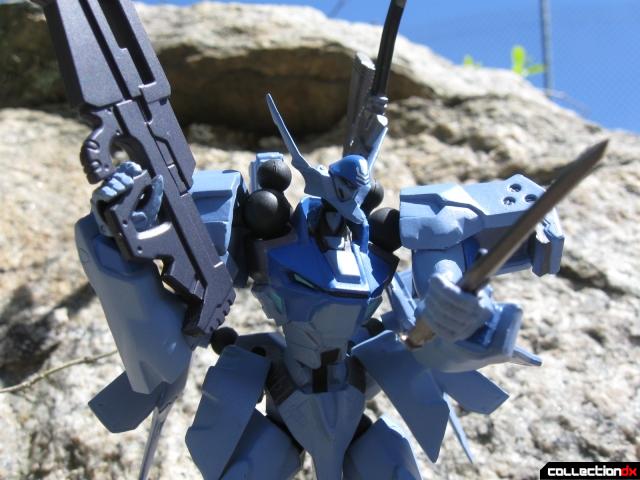 They train with knives because a gun is only useful when it has ammunition. 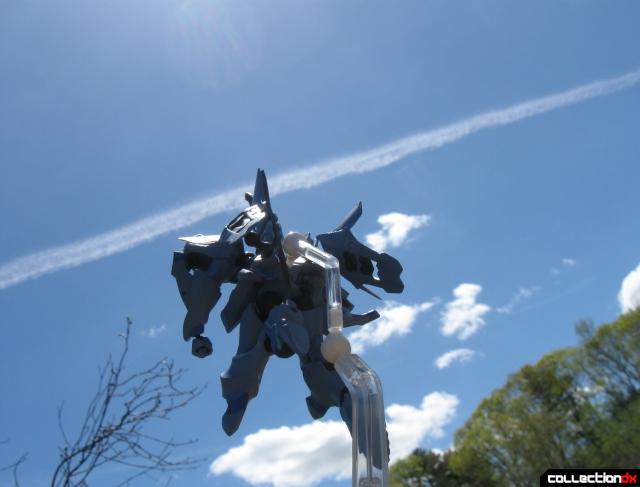 With help from the flight stand, the Shiranui can show you the real meaning of a double jump! 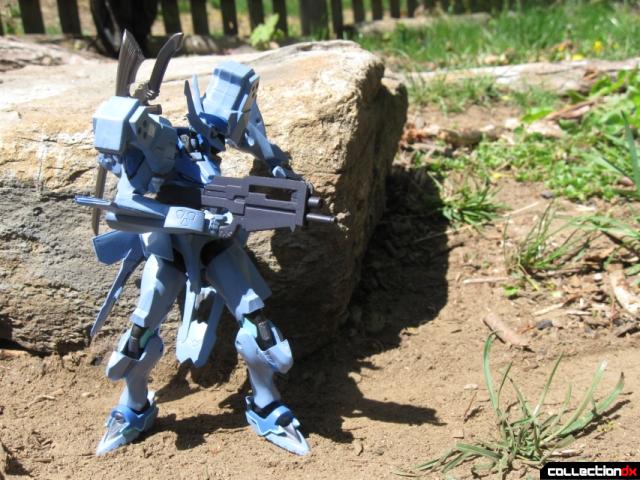 Tactical Surface Fighters are always ready to fight in a variety of environments from the local park to the backyard. 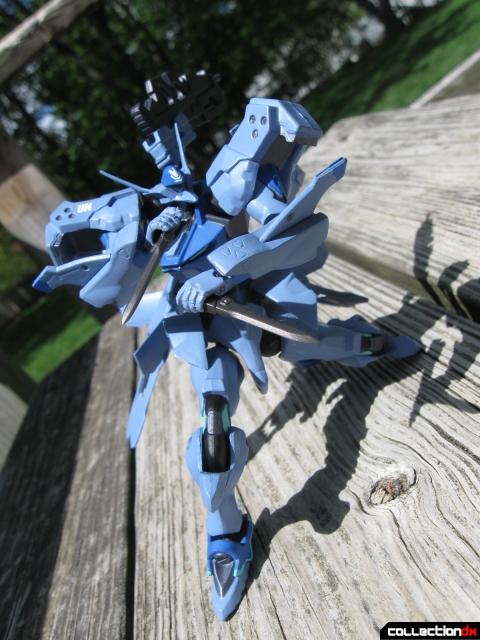 It can put its rifle away to do some dual knife wielding. 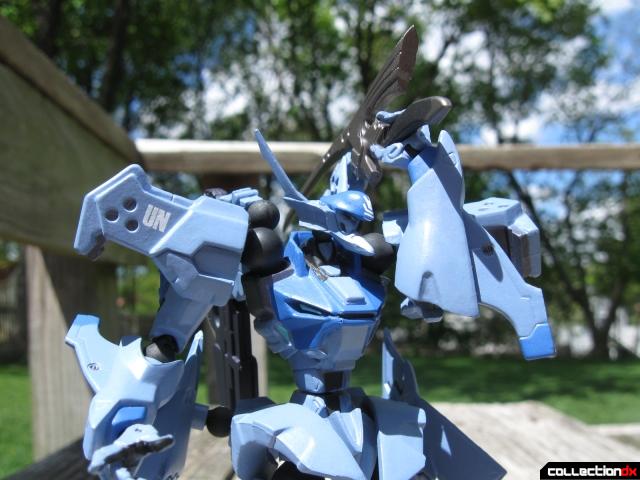 Drawing a sword from its mount pylon is easy and unleashes some really... 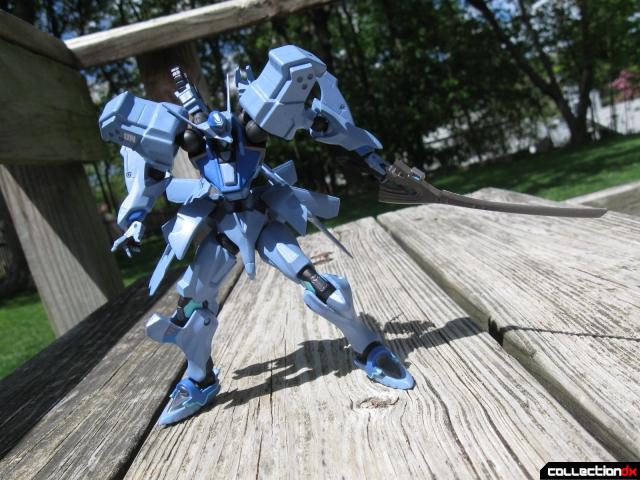 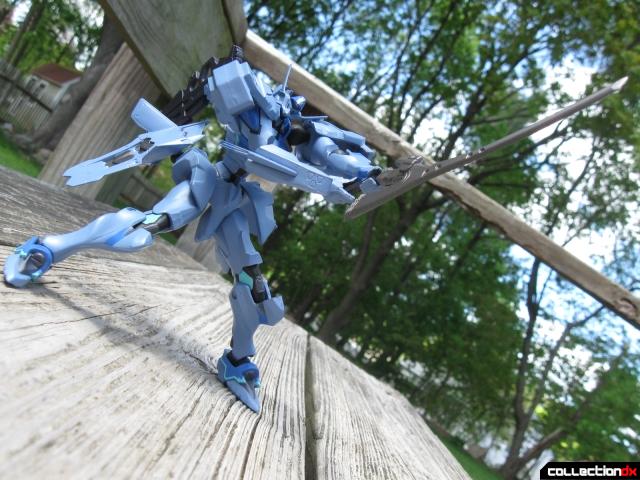 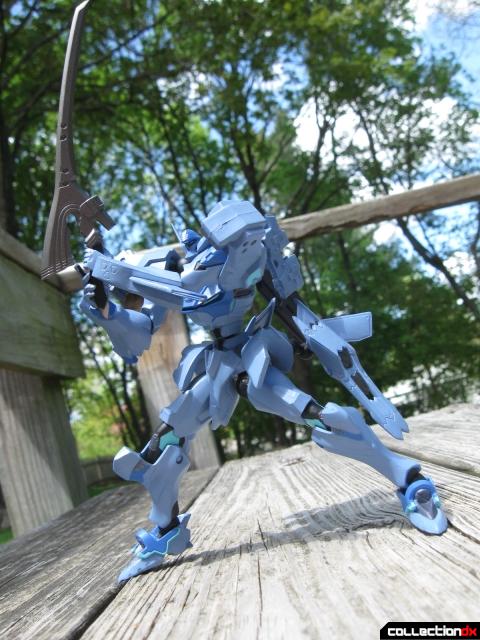 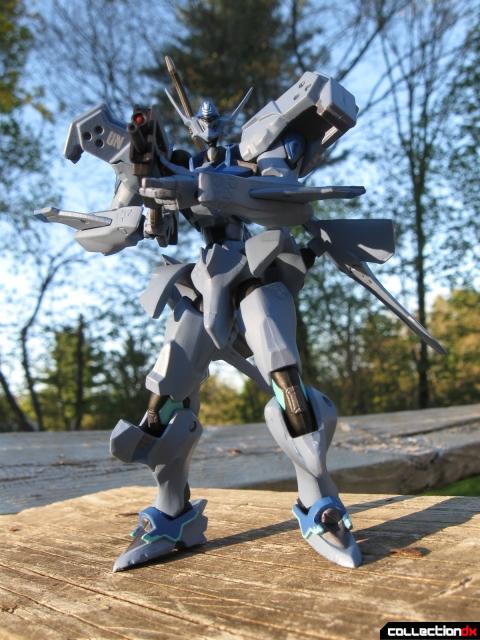 From dawn to dusk, the Shiranui looks badass. 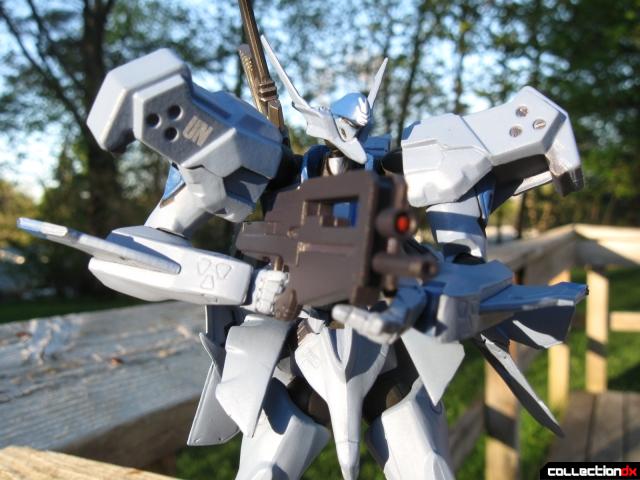 With its really sweet looking rifle that is styled after a P90 crossed with the famous FAMAS. 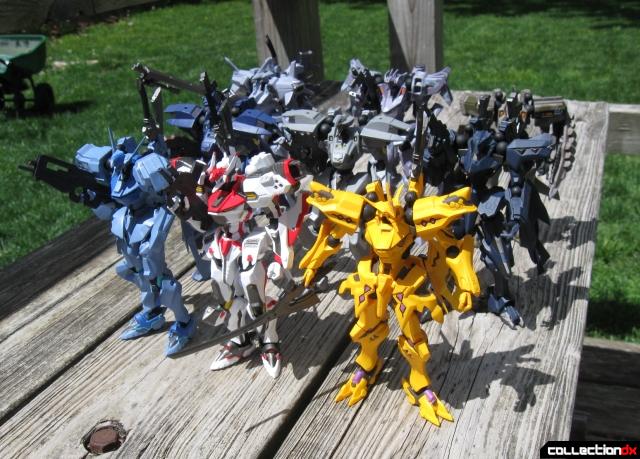 Let's just pretend that was all a stream of consciousness poem.

In the end Kaiyodo produced eight different figure types in their Muv-Luv Revoltech line and each would receive at least one repaint. If I had to sum up this entire sub-line of figures it would be consistency within a very inconsistent brand. Whereas Revoltechs tend to vary wildly in ambition, design, construction, and execution I think the shared structure of all Muv-Luv robots gave Kaiyodo a brief shot at stability for their product. It's a shame the line has ended but at least it produced some excellent toys.