The original Gundam is a classic design that continues to occupy toy stores over thirty years after its original creation. It is no surprise that Bandai's hot Robot Spirits line would feature the RX-78-2 Gundam. Out of its many toy incarnations, this particular Gundam hits all the high marks of a quality action figure. It's loaded with joints and comes with a ton of accessories. 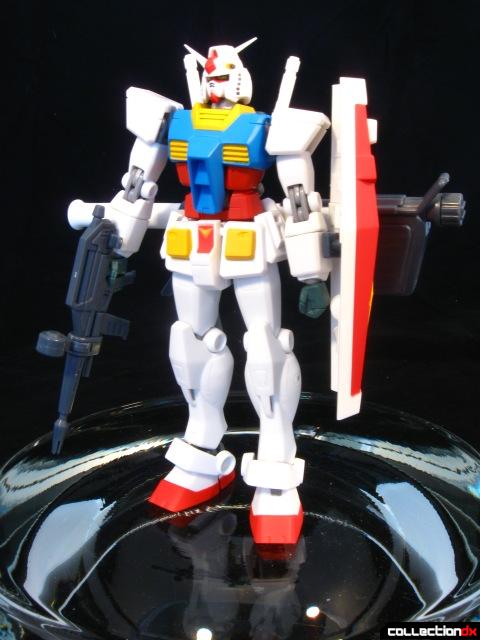 The basic figure is well sculpted and captures the look of the RX-78-2 Gundam. 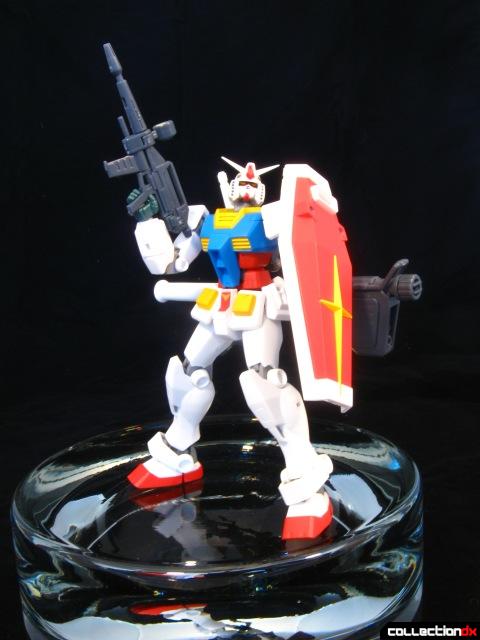 Starting off with its most iconic weaponry, the Gundam wields its beam rifle and shield with confidence. 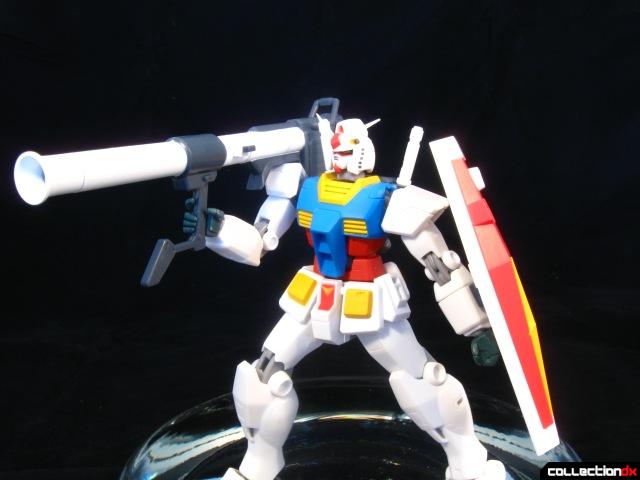 The Hyper Bazooka is also another recognizable weapon. 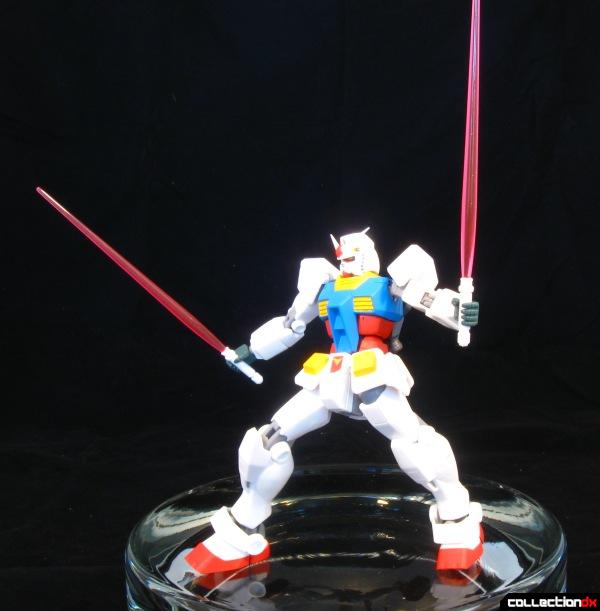 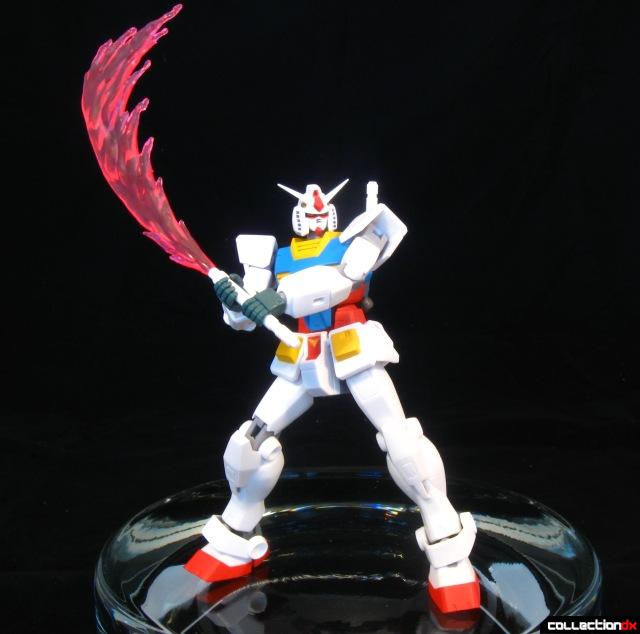 It also comes with this nifty stylized beam saber. 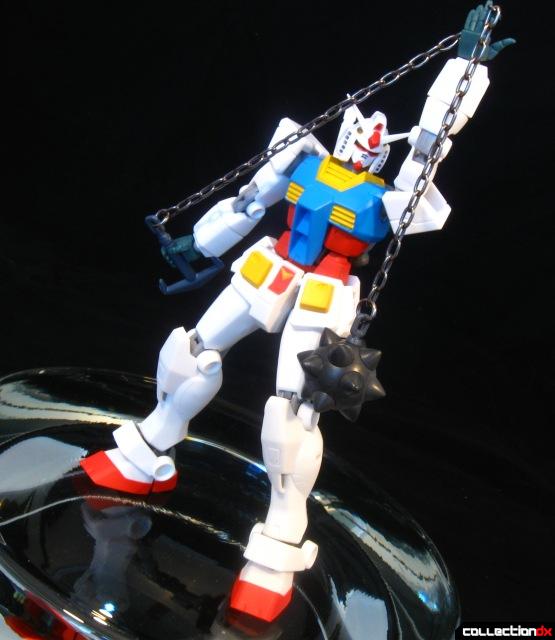 You get the Gundam Hammer. 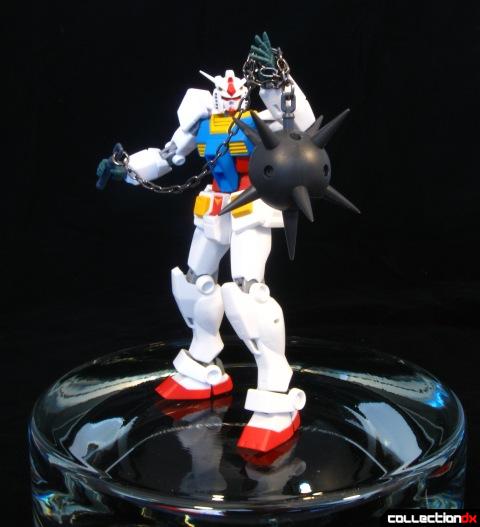 You also get the Hyper Hammer which shares the same chain with the Gundam Hammer. 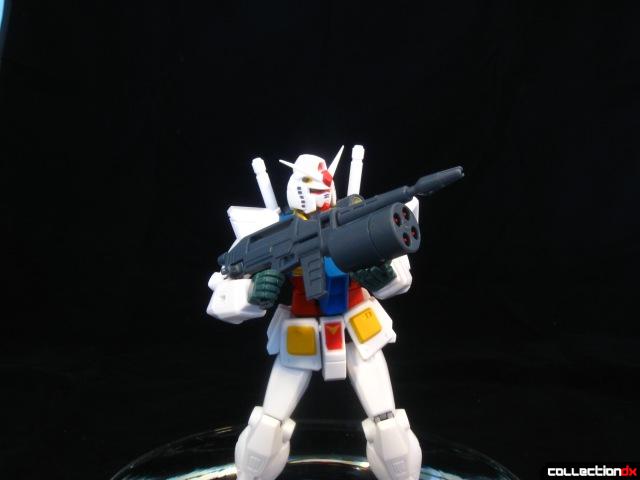 The beam rifle can be equipped with the legendary Super Napalm Launcher. 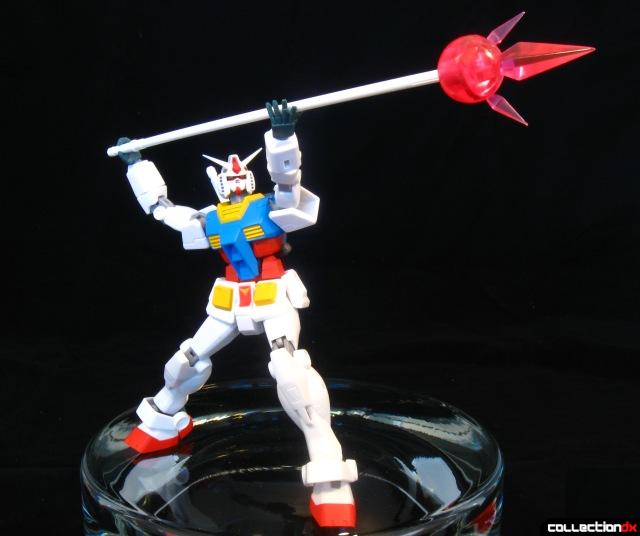 Rounding out its arsenal is the Beam Javelin. 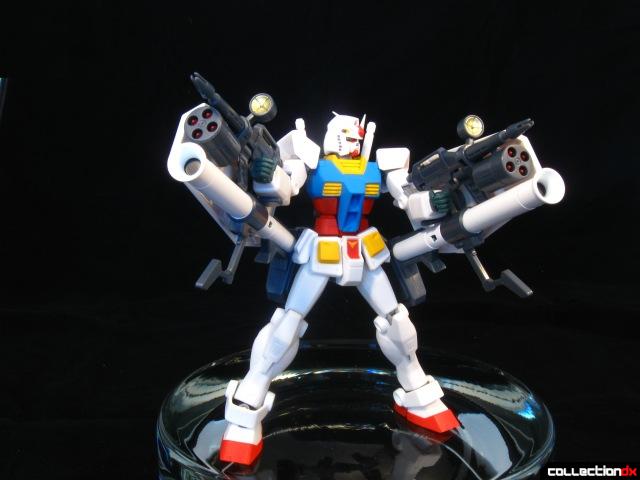 And coupled with the figure's hard point system, you can load up the Gundam with all its weapons.

Overall this is definitely one of the best Robot Spirits releases. The base figure is solid and highly poseable while the accessories add tons of play options.

You can get all your Robot Spirits releases at BigBadToyStore.com

8 comments posted
It cracks me up that they

It cracks me up that they included the super napalm. I love it!

Are the chains metal?

@JoshB: Yes, the chains are metal.

Holy crap this thing is loaded!!

Anyone who's thinking of picking this up, I suggest waiting for the new version coming out in May. While it lacks the extra shield, bazooka, and beam rifle, it features better hands that grip the weapons more snugly, and more "hardpoints" for attaching the weapons in various non-canonical (but very awesome) configurations.

Ordered my friend, ive been wondering about this RX from the spirits line. Done deal, he looks fantastic.

remind me of the MSiA gundam 2.0. how tall is this figure?