Alternative and Punk music in the late 80s and early 90s was a wonderful thing, full of chaos and wonder. I remember listening to the local college radio station and being introduced to bands like Alien Sex Fiend, Xymox, Love and Rockets and even punk stuff like The Exploited and Crass. While I don’t really listen to much of these anymore, they instilled upon me the idea that “more is out there”. That if you dug deep, you could be rewarded by the non-commercial music and bizarre personalities of the underground music scene.

Despite not having a mainstream presence, many of these performers made names of themselves and became personalities and icons in their own right. Now, some 20 years later we look back on that period with nostalgia. And with nostalgia comes merchandising.

Toy company Aggronautix has taken to making merchandise honoring the great icons of the underground, punk and DIY scene by releasing a series of…. Bobbleheads?

Actually, they are called “Throbbleheads” but they are basically the same thing. As a rule I think bobbleheads are kind of dumb. They rank up there with commerative plates and hummel figurines in the collecting heirachy. Why choose this medium to honor underground music legends? I have no idea.

Which leads us here to the Mojo Nixon Throbblehead. If you don’t know Mojo Nixon, your collection could use some fixin. Mojo Nixon was a music artist best known for songs like “Debbie Gibson is pregnant with my two headed love child” “Elvis is Everwhere” and “Don Henley must Die”. Ok maybe “best known” is too strong a word. The sad fact is, most of America knows Mojo from the line in the Dead Milkmen’s hit “Punk Rock Girl”

However you know Mojo the fact is that they made a Bobble –er “throbblehead” of him, and I’m reviewing it. 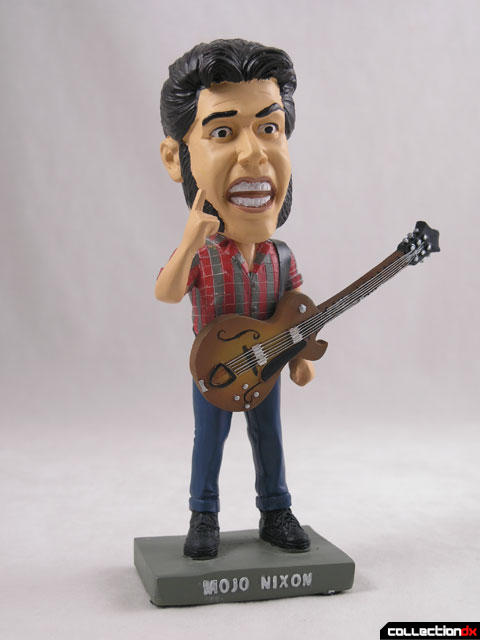 The toy comes packaged in a nice sturdy cardboard box with attractive striking graphics printed on it. Inside the toy comes wedged between two pieces of Styrofoam. 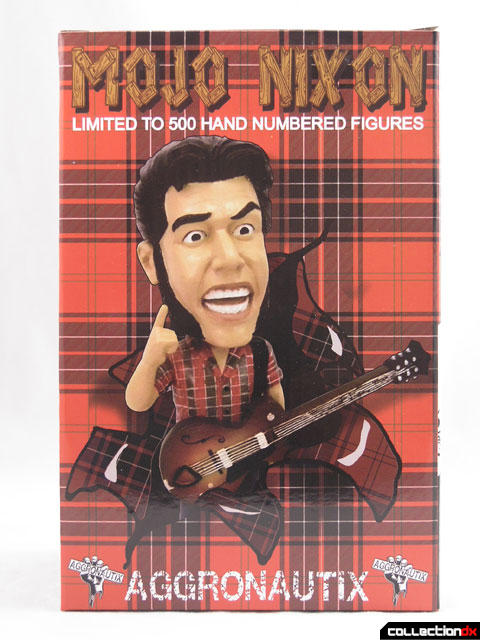 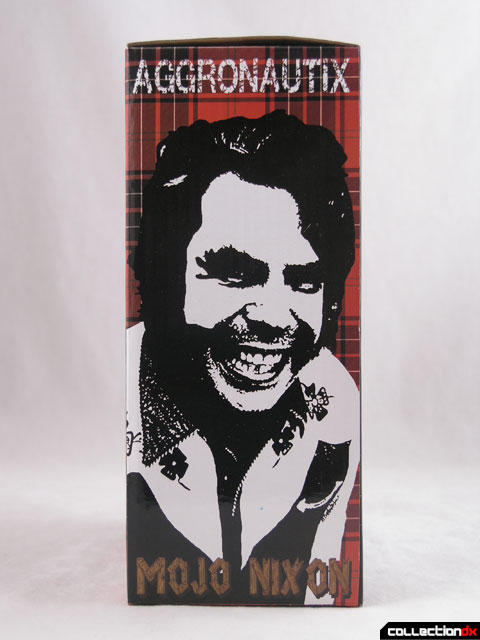 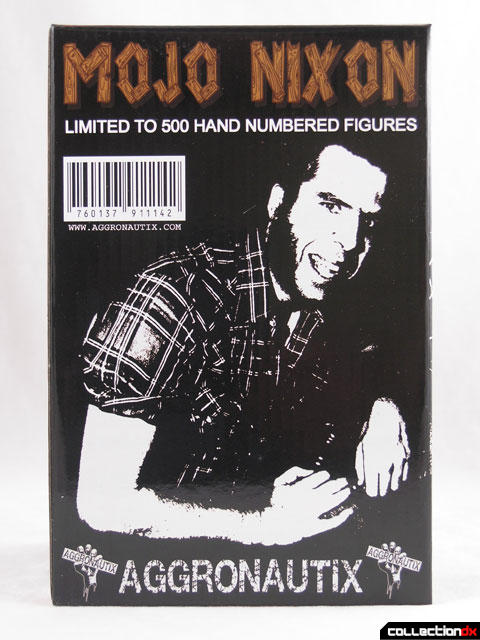 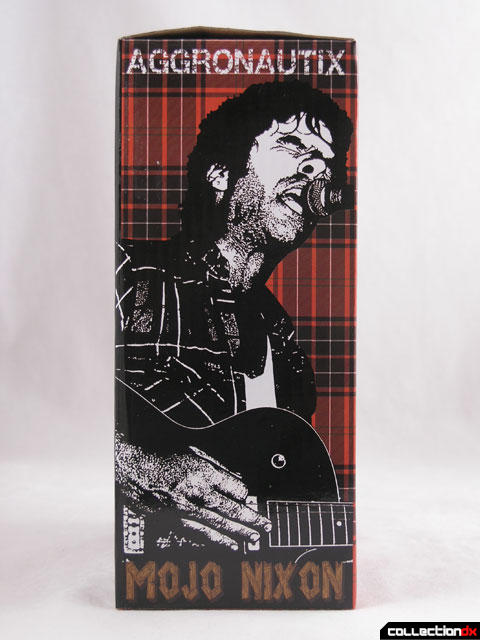 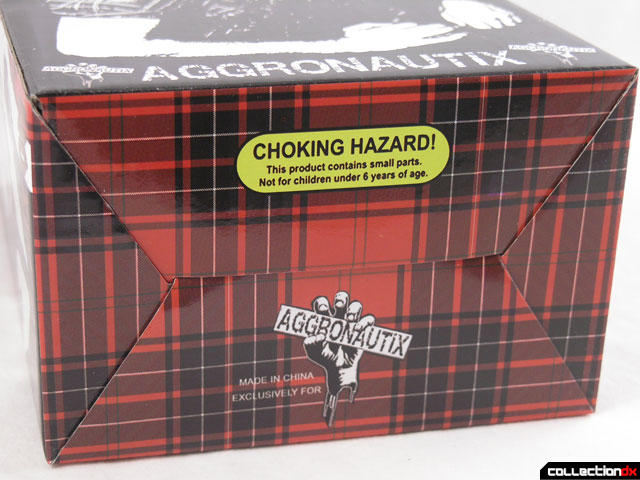 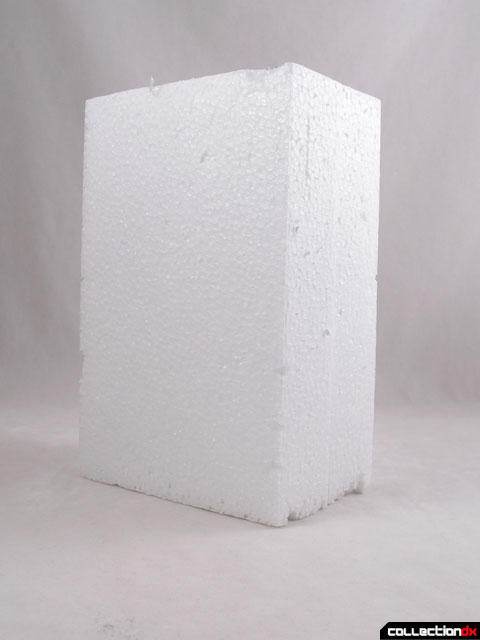 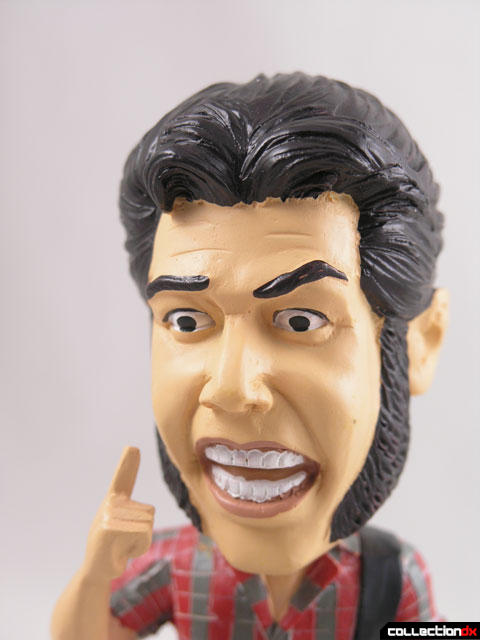 Mojo Nixon is depicted with his trademark sideburns and flannel shirt with a guitar slung over his shoulder. The entire toy is made out of resin and is very heavy. 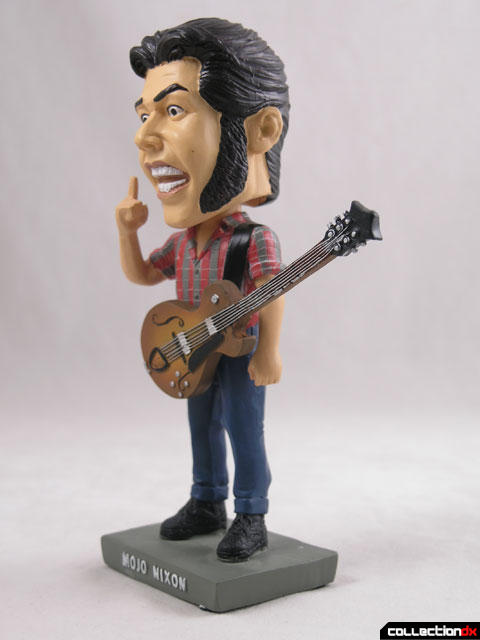 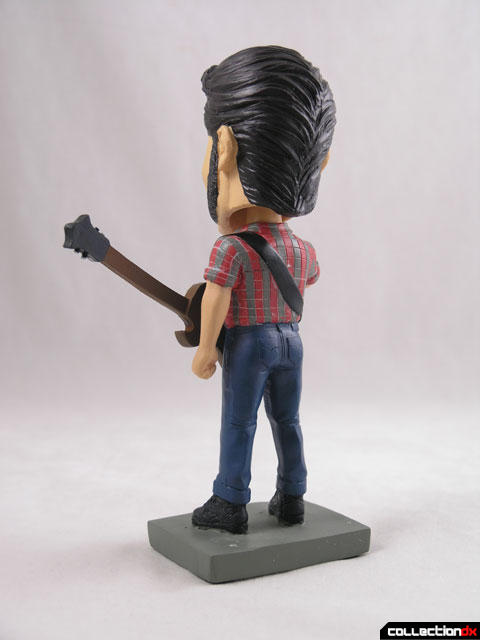 The sculpt is rough and primitive. Whether this is a conscious infusion of the punk rock aesthetic or just a poor job is irrelevant because in this context it works. 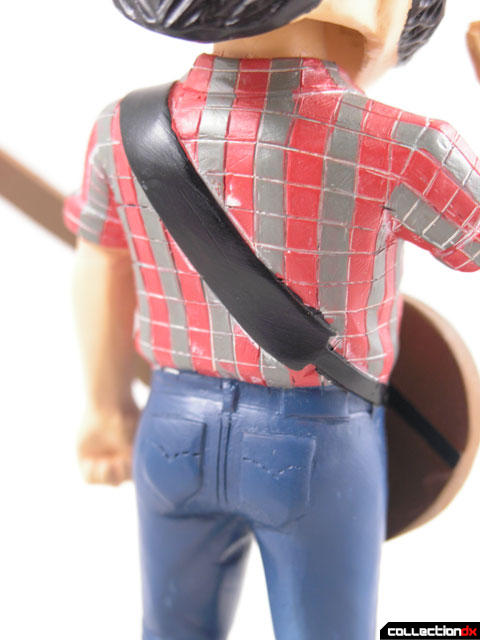 Paint is similarly rough, with numerous poor paint applications around the figure. This is not a high end collectable though. 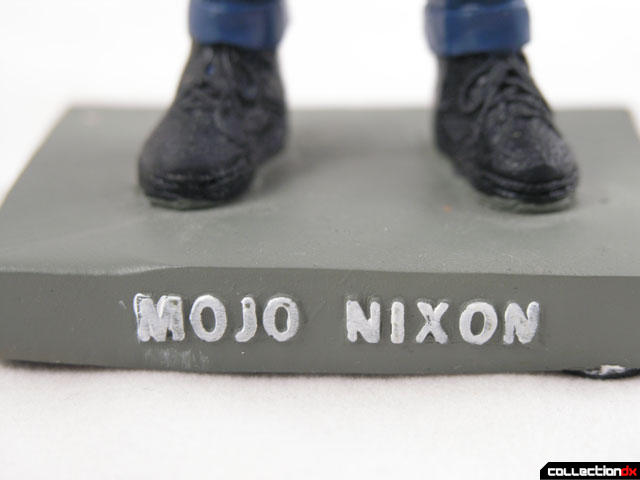 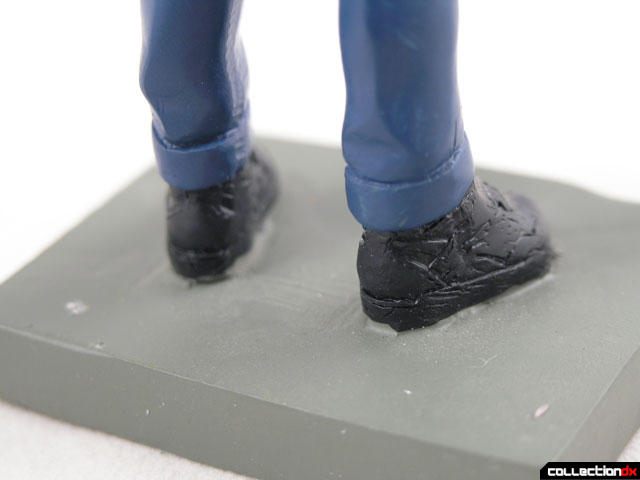 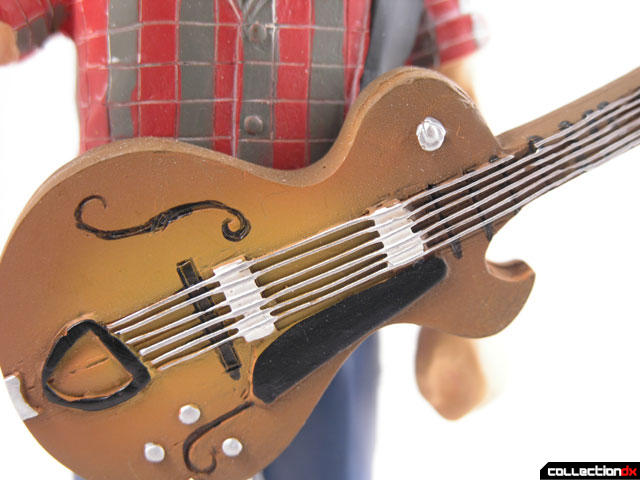 People who collect Bobbleheads will likely not buy these unless they are completists. These are for the person who fondly remembers their green haired rebellious youth, when everyone sang about reganomics and communism. Or fans of Mojo Nixon.

Mojo himself likes the toy though, so much so that he recorded a new song for a commercial about it:

"It makes a great stockin' stuffer for your drunk uncle," said Mojo. "Every hostess with psychosis will need at least one for their X-mas xtravaganza. Hope nobody pleasures themselves with my good lookin doll!" 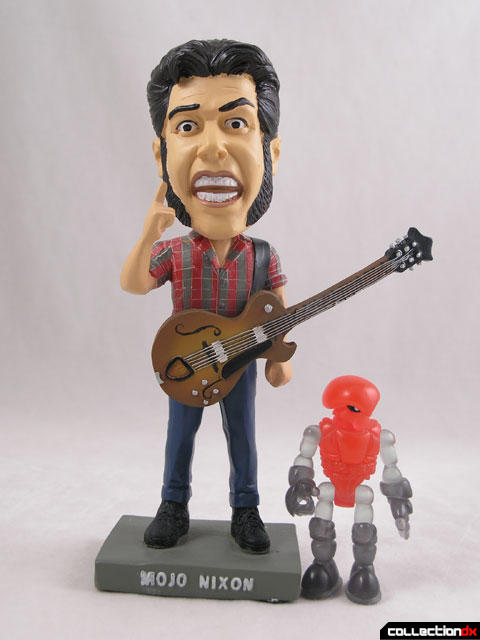