Get you Tamashii Nation items at:

I don't know a whole lot about Mirror Knight. Unlike when I usually use this as an excuse to know nothing at all about the character in subject, however, I actually went and watched the movie that Mirror Knight is from: Ultraman Zero: The Revenge of Belial. It was a pretty sweet movie and made me really get excited for this toy. 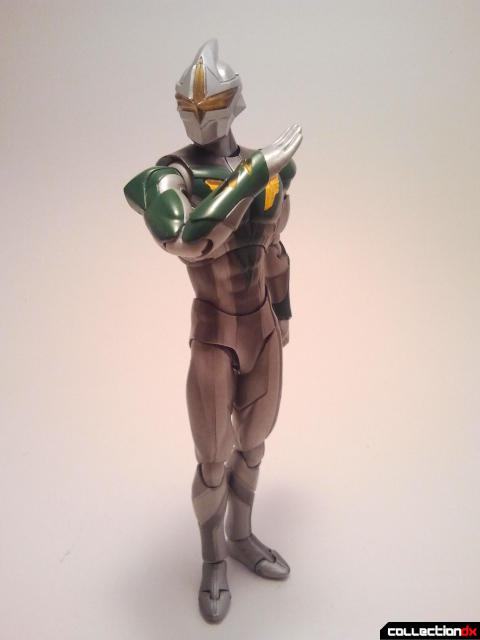 Mirror Knight is from the Mirror Planet and the protector of Princess Emerana. He's a very cool character who has very cool powers like being able to generate shields and teleport through reflective surfaces. After watching the movie he is one of my favorite Ultraman side characters now for sure. Plus, he has the same voice actor as Masaki Andoh from Super Robot Wars!

Out of the package one of the first things I noticed about Mirror Knight was how big he was! This is my first time handling an Ultra Act and they are about 25% larger than an S.H. Figuart. Despite this, he still feels pretty good and the extra size helps separate the two lines. 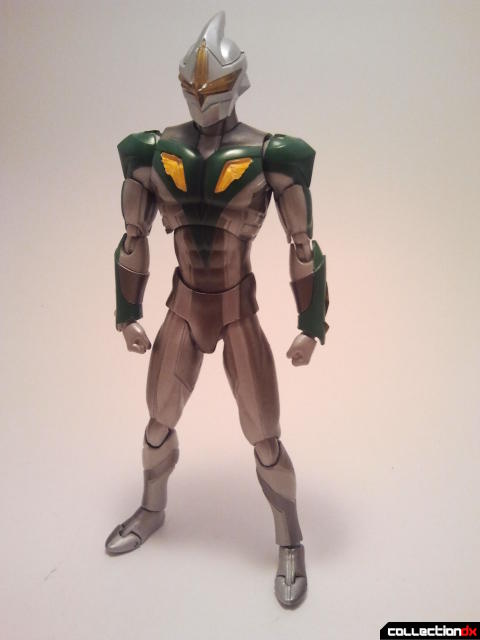 As a bit of an oddity, Mirror Knight is incredibly buff looking in his sculpt. In the movie, the suit design is a very slender yet toned character. Mirror Knight in plastic form, however, is very muscular to an almost ridiculous degree. Despite that, the paint detail and sculpting is all very well done. 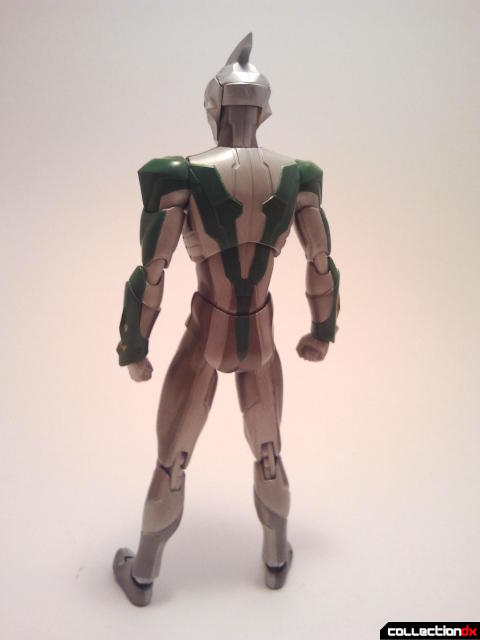 Mirror Knight's articulation s very similar to an S.H. Figuart, sharing almost the exact same inner frame. As a nice bonus, Mirror Knight has the same ankles that the New Den-O S.H. Figuart had that I love so very much. 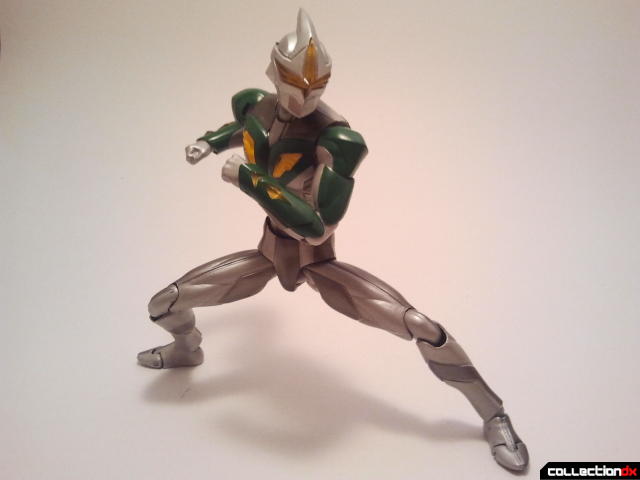 Mirror Knight is also designed specifically to have a very heavy ab crunch that allows him to crouch down deeply and get in some very dynamic poses like running. 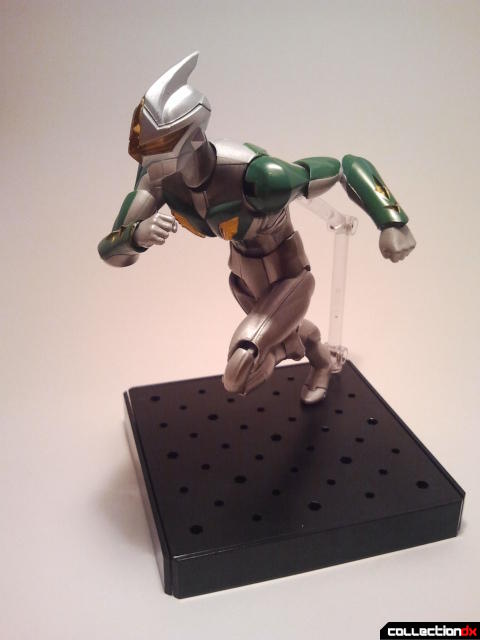 There are two particular things worth noting here. The first is that this Ultra Act does something that I've wanted: have a peghole on the back for a stand! I'm certain I must not be the only person who hates dealing with the arms of Tamashii Stage stands sometimes and just wants to use a peg. With Mirror Knight you can finally do that! 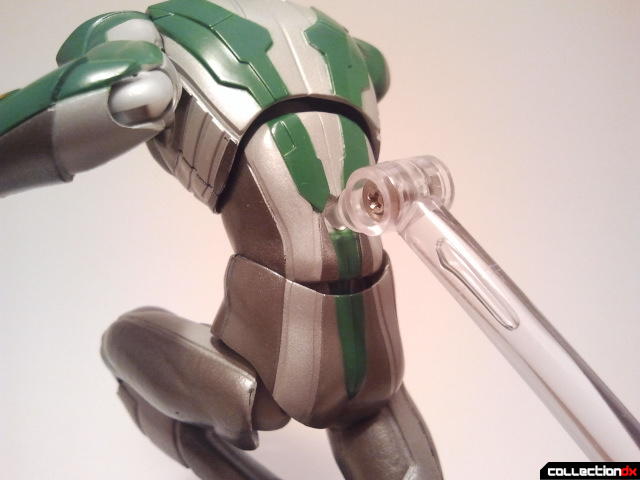 The second thing is that in Mirror Knight's waist, he has an extra disk designed to help cover the gap of his extreme ab crunch. A very nice and subtle touch. 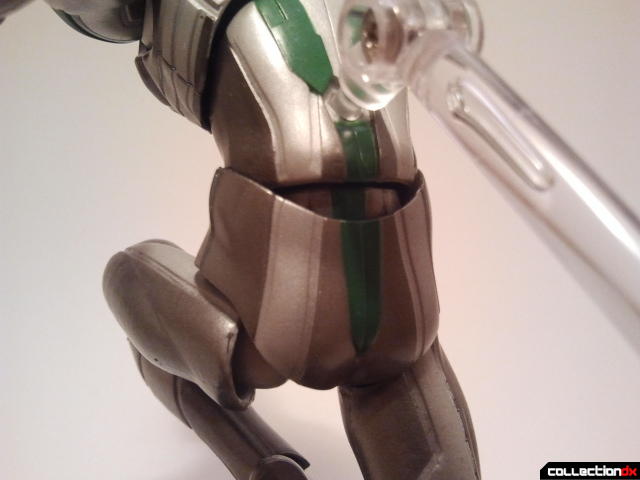 Mirror Knight comes with several extra hands and accessories. One thing I found odd was that Mirror Knight seems to have very long fingers. When his fists are on, his hands are very tiny, but as soon as you put on an open hand, his hands get several times larger it seems. 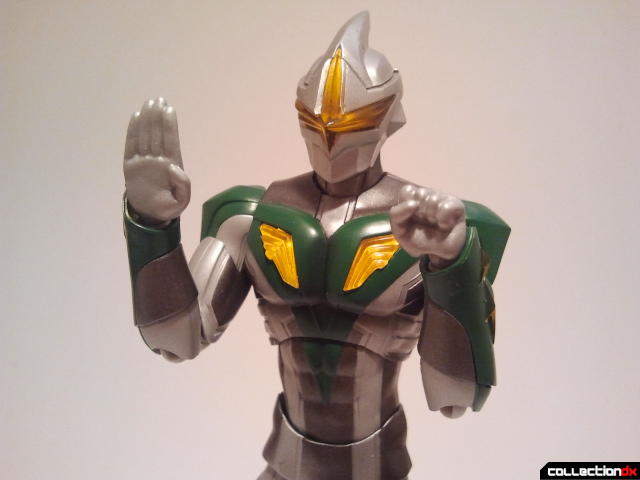 Mirror Knight comes with karate chopping hands with which you can make him pretend to be Kamen Rider Amazon or take a classic pose. 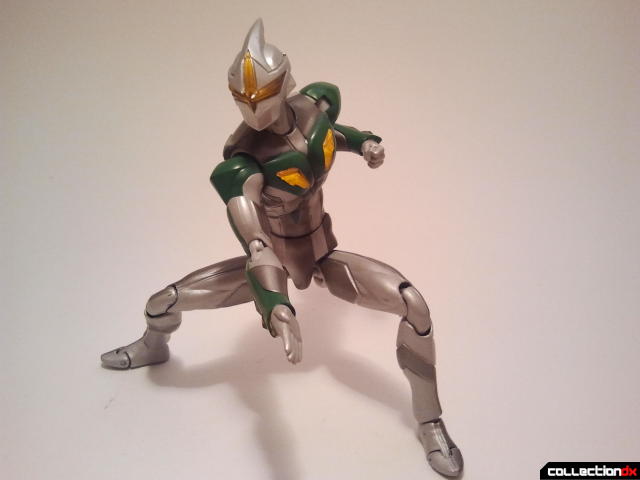 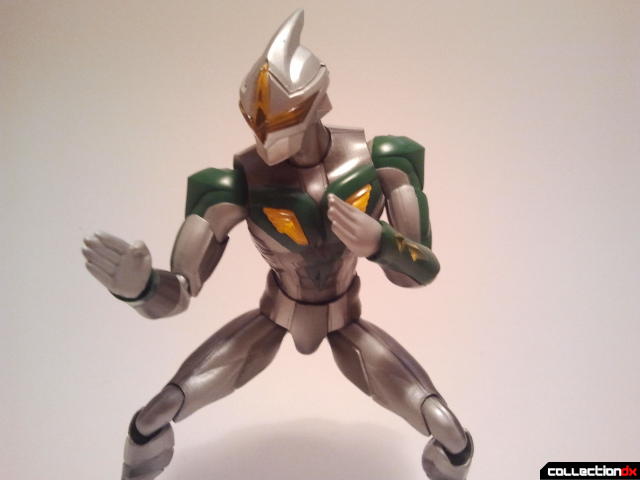 While swapping hands for the next pictures, I noticed a problem with my Ultra Act. The quality control on Mirror Knight isn't perfect, unfortunately. My Mirror Knight's left arm loves popping off at the bicep. The peghole seems to be a little deformed and makes it unable for the peg to fit in snug. 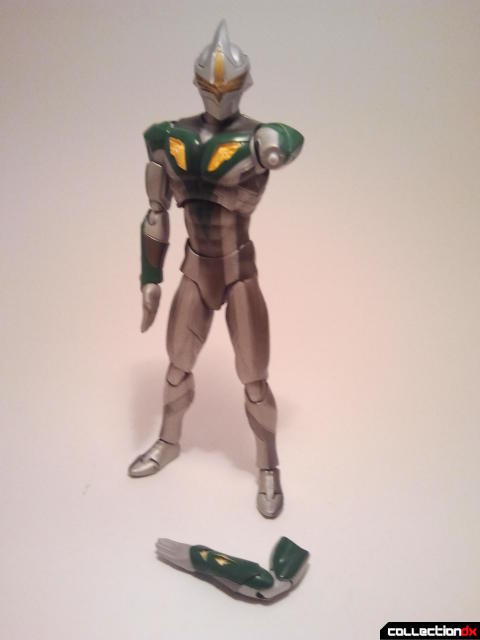 Mirror Knight also has a specific left hand for pointing at things dramatically. 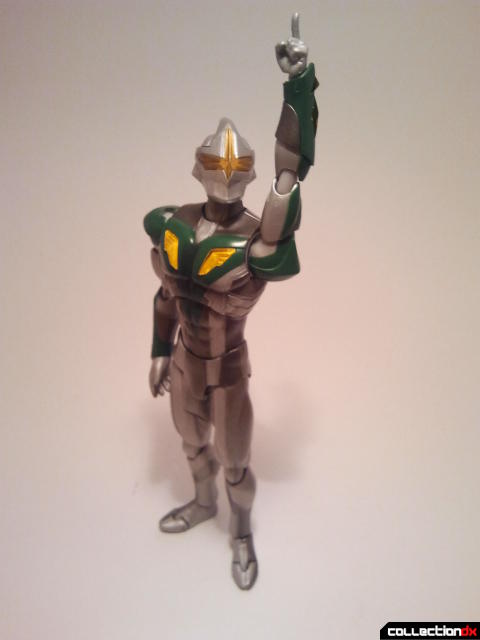 Mirror Knight can also swap out his right hand for a beam shooting effect. I wish that Mirror Knight had more of a spread shot like he did in the movie, but the straight arrow beam works just as well. 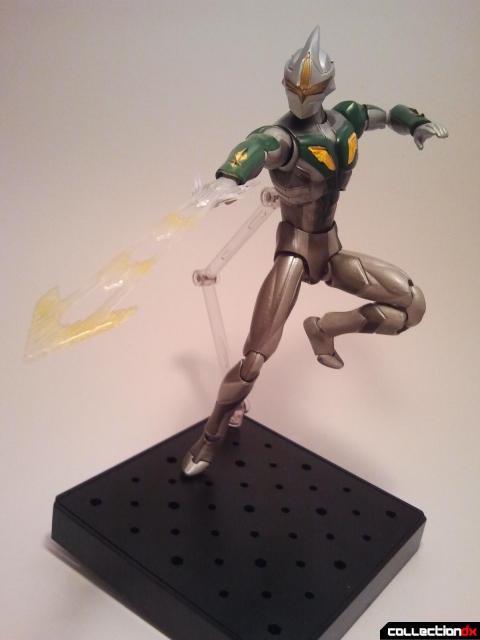 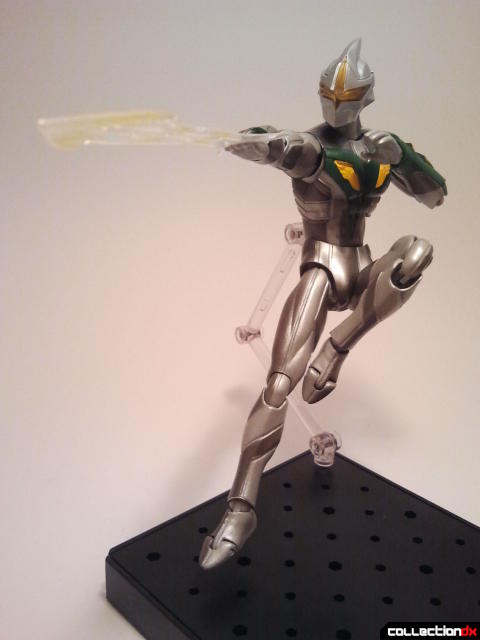 In addition to a beam shooting effect part, Mirror Knight also comes with parts to replicate him putting up a shield. The shield comes in several pieces and requires assembly. As a word of advice, don't do what I did and pour all of the pieces out at once. It becomes very difficult then to put the shield together. 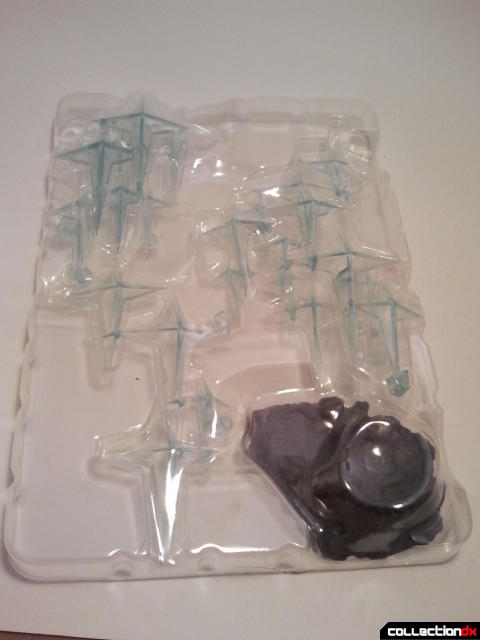 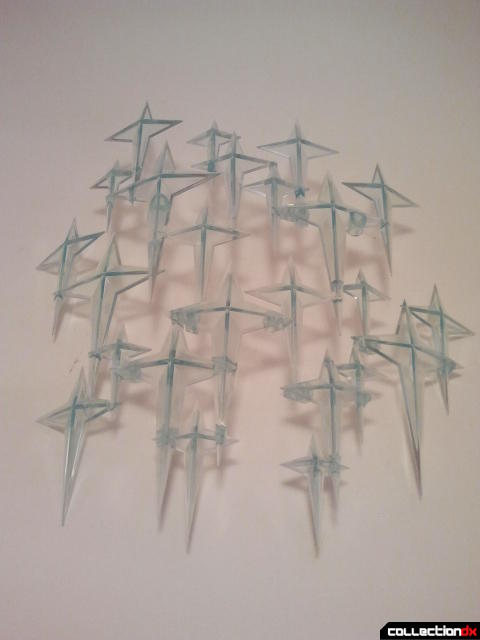 After putting the shield together, you need to equip Mirror Knight with a special pair of hands. These things are annoying and an absolute pain to get on the arms. 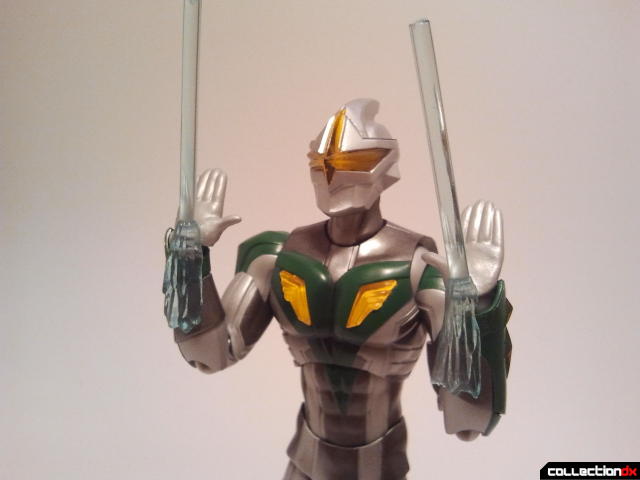 Once the shield pieces are in place though, I can't deny how absolutely awesome it looks. It's a shame that I don't display Mirror Knight like this because of how much space it takes up. 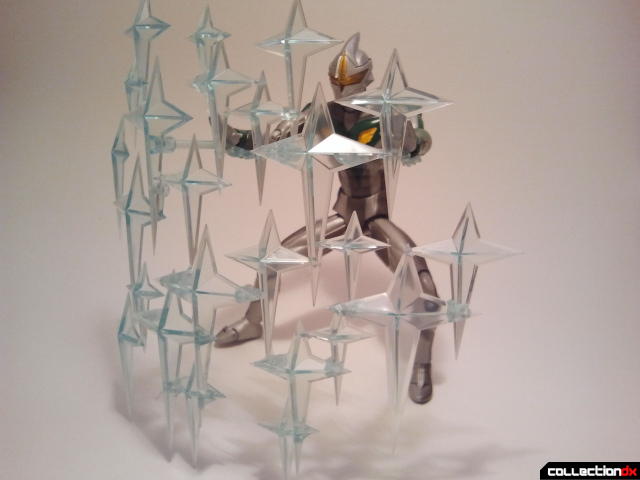 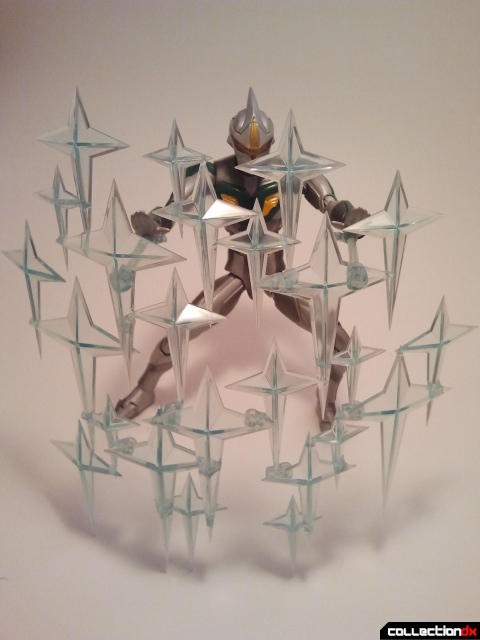 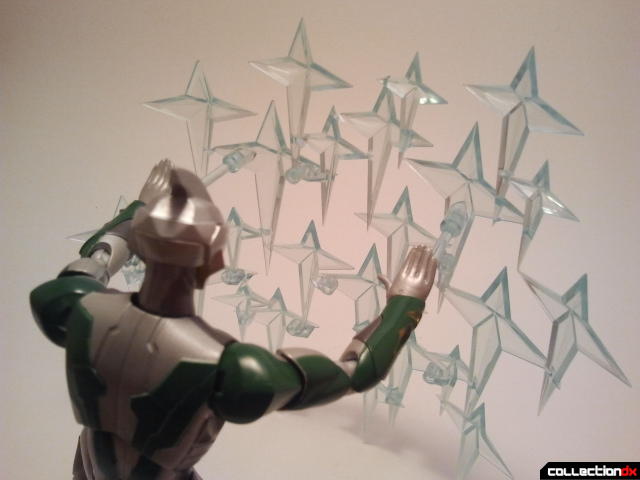 Mirror Knight has a final display option to mimic a scene in the Ultraman Zero movie. The first thing you need to do is remove his mask and reveal his true face: 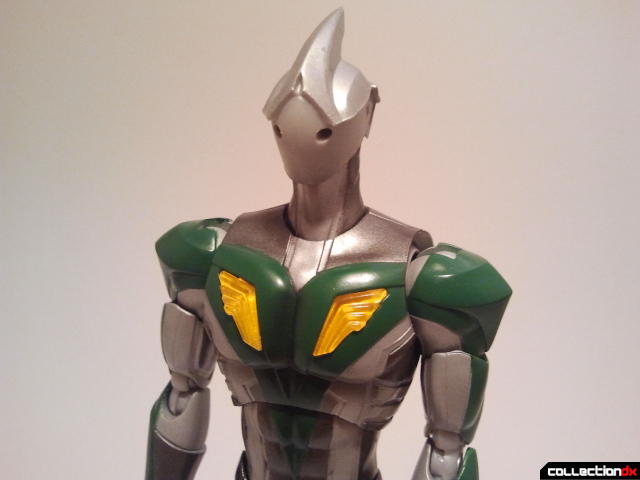 After that you can swap out the yellow-visored mask for the red visor. 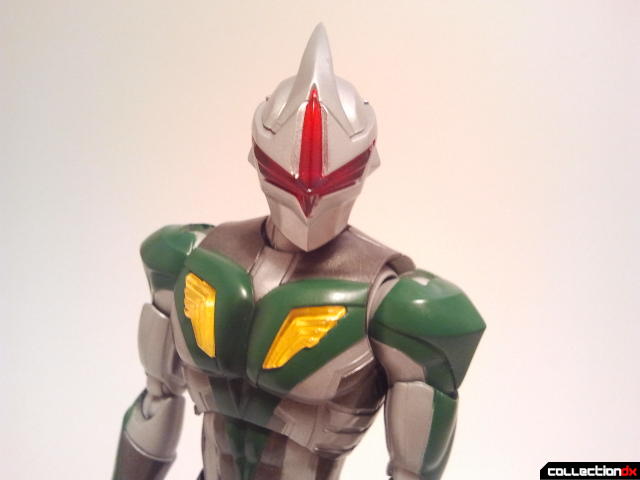 Mirror Knight comes with a tiny piece of rock that he can hang out and curl up in the fetal position on. He also comes with a special hand piece that is both hands locked together. Thanks to Mirror Knight's articulation and ab crunch, you can curl Mirror Knight into quite the tight little ball. 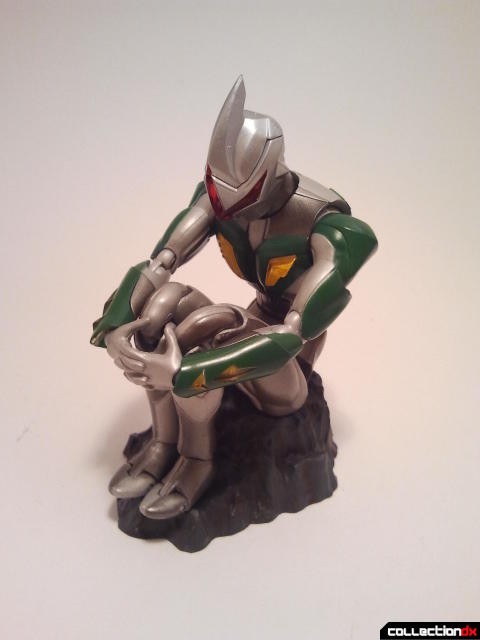 Although this is a very cool piece, I do have some problems with it. Mirror Knight takes this poses when he gets corrupted by Belial. In addition to his visor going red, so do the clear yellow wings on his chest and his entire suit goes a bit more grey as well. Of course I don't expect Bandai to pack an entire figure body in just for this option, but alternate red chest pieces or something would have been nice to make this a little bit more accurate. 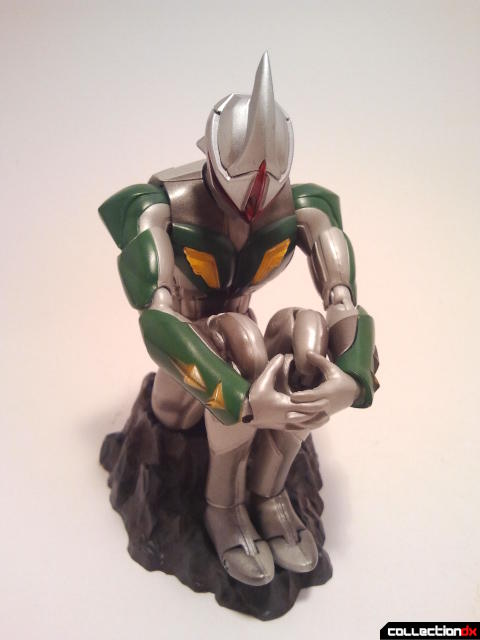 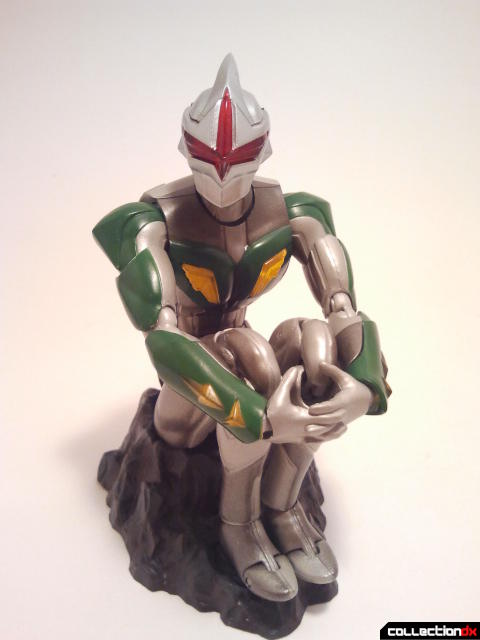 Despite some slight faults, quality control issues, and funny sculpting choices, Mirror Knight is an incredibly cool character and an excellent entry into the Ultra Act line. After checking out some Ultraman, I am now slightly tempted to try and put together Utimate Force Zero now. If you think this guy looks cool or want a rock for your other toys to hang out and be depressed on, go ahead and pick up Mirror Knight. 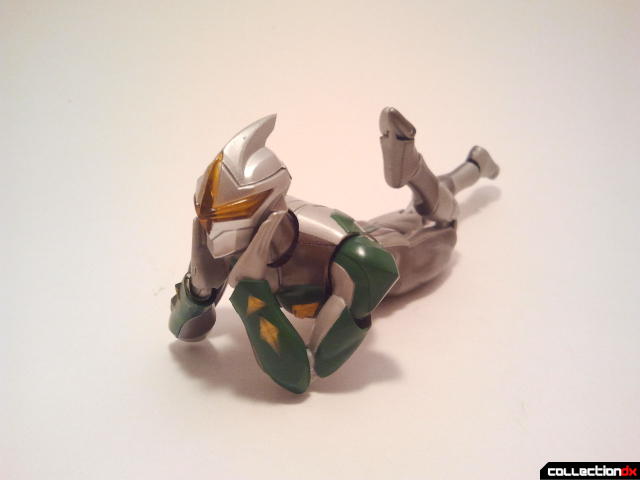 Get you Tamashii Nation items at:

I've been considering getting this Ultra-Act figure .... your review was just the extra push I needed. I love the effect piece shield. Do you know if it would be compatible with other Ultra-Act figures?

Theoretically, yes. Since the shield pegs into the hands and the hands are pretty much universal on Ultra Act figures, you should be able to swap them without any troubles.

...he's based on or is an homage to the old Tokusatsu character Mirror Man. Same goes for the other new 'red guy' from the film who seems like a modern version of Fire Man. Nice fig! Was on the fence but your review pushed me over to want/must have...great review, thanks!

That effect shield is pretty sweet! I want to get some of these Ultra Act figures just to have these effect parts handy for my other figures.