The world of Japanese Erogames is a fascinating and fast moving market. There are probably near hundreds of games released every year and just as fast as they are released, they are just as quickly forgotten.

A few games have managed to avoid this formula though. A lot of the Type Moon games still remain very popular, along with games produced by companies like Lilith. One such property that has managed to hold a high level of longevity is To Heart. To Heart 2 in particular was so popular that a spin off RPG game was made. Manaka Sorceress version comes from that game.

Manaka comes with the typical kind of packaging that these statues come in. It looks pretty good, but not too much to say about it really. 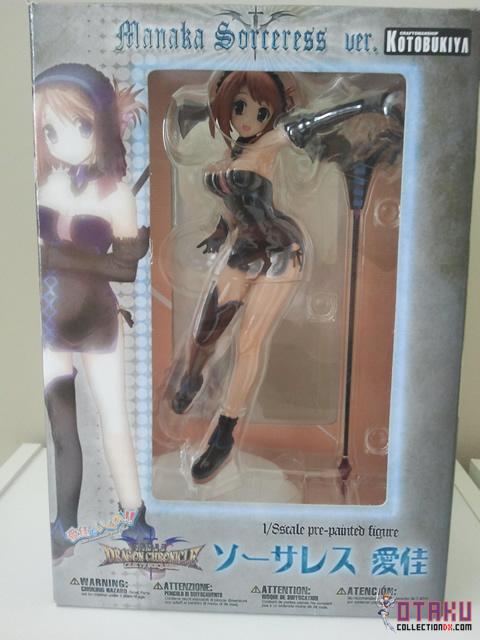 Out of the box, Manaka is almost all set to go. All you need to do is slip her staff into her right hand. Unfortunately the only way to put the staff into her hands is to pry her fingers open and slip it in there. I really wish that the staff could come apart like Dark Magician Girl’s staff did. 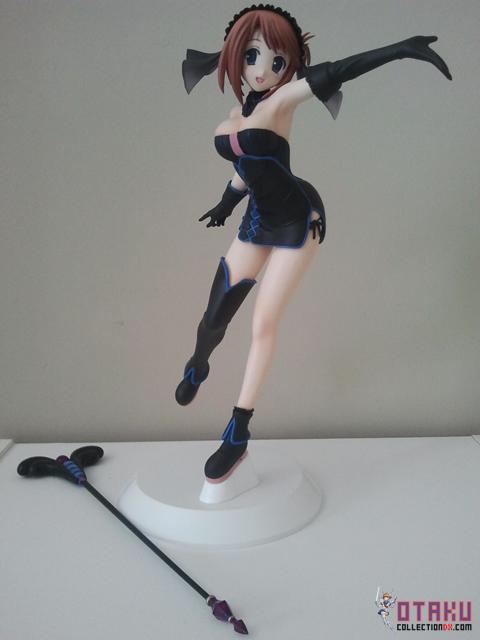 The staff has some nice detail despite being simple. The orb and diamond at the ends of the staff are actually cast in a nice clear plastic. 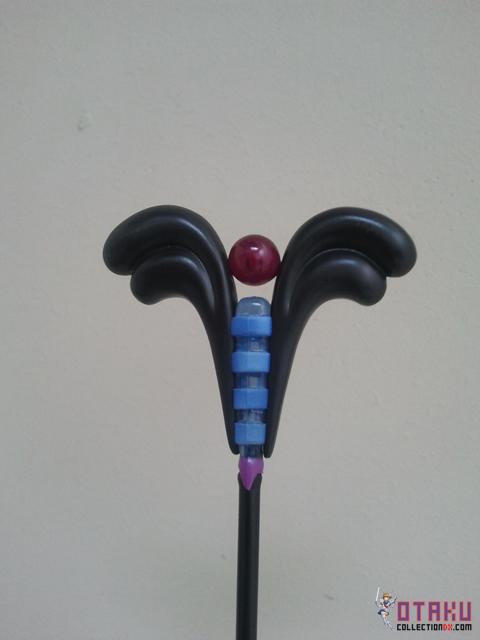 Manaka was sculpted by one of my favorite companies, Kotobukiya. I have to say that even though I’m not too familiar with the source material the figure still looks pretty great. 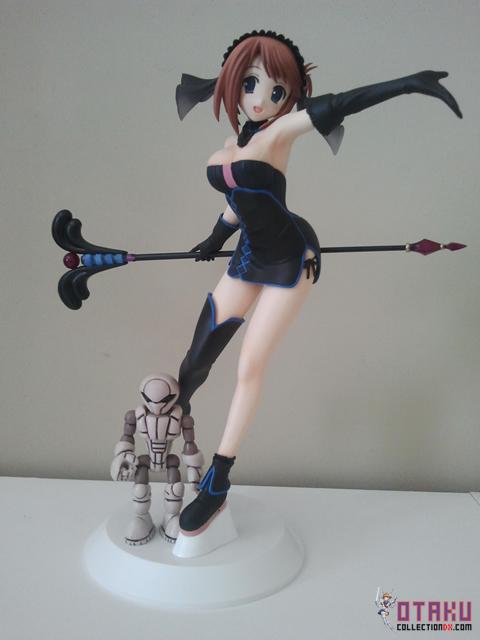 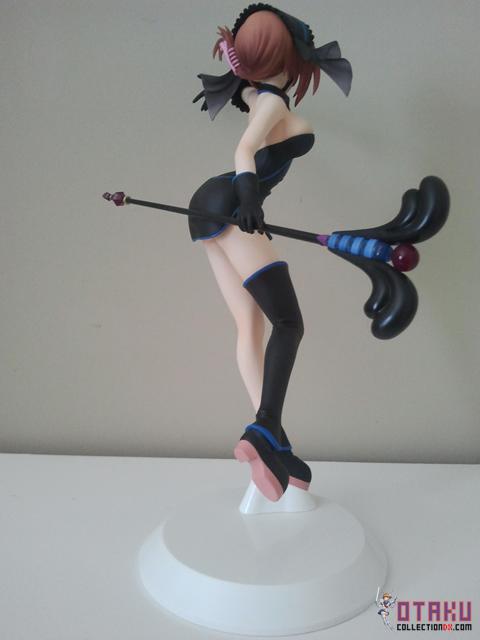 The pose is very dynamic and striking. Her expression is great as well. One thing I did find confusing however, was that I’m not entirely sure how to position Manaka. Her eyes pointed to the side make it a bit unclear what angle this figure is best appreciated from. 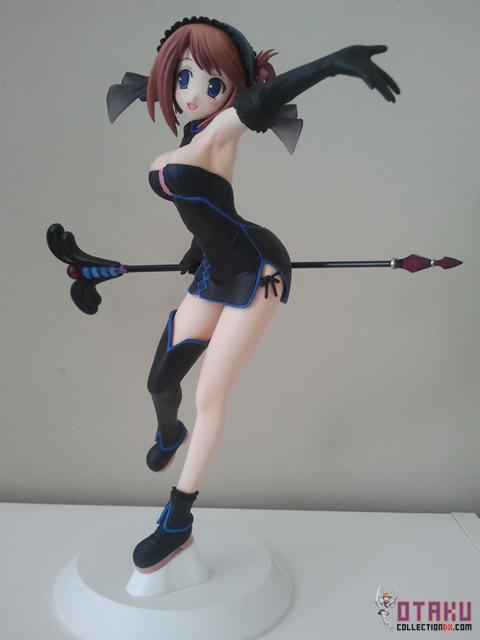 I love the detail the put into her head. The veil is a frosty clear plastic which is a nice touch. The detail in the hair and the clip holding it in place is one of my favorite aspects of this figure. 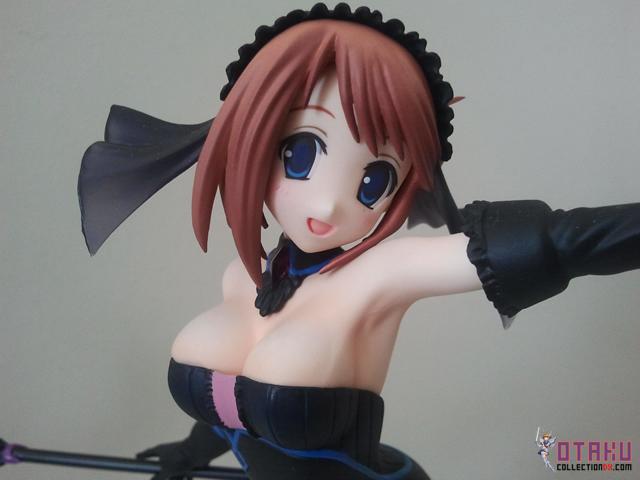 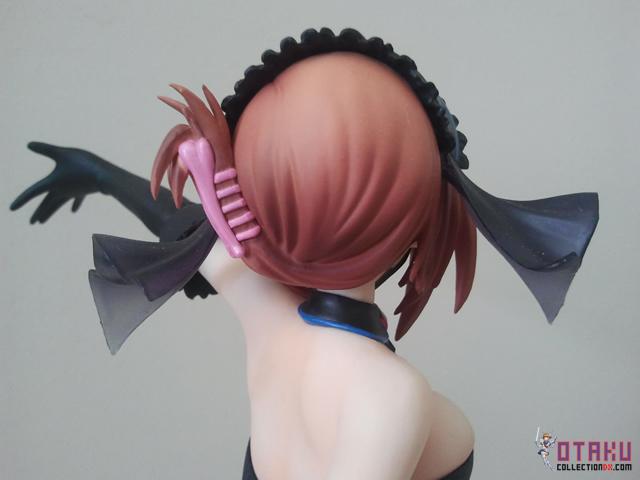 One word of concern is that Manaka is standing on just one leg in a rather dynamic pose. Thankfully the leg is screwed in place, but I still can’t help but worry that this figure is going to warp slightly over time and start bending to the right. I’m certain it’s a minor concern, but that’s something only time will tell. 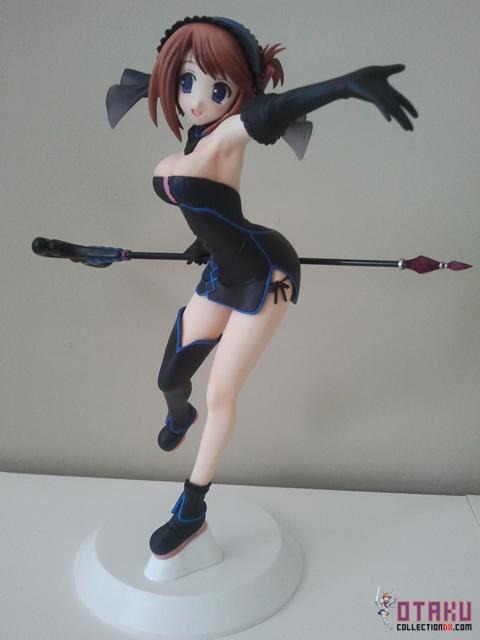 One spot that I found a bit disappointing is that Manaka is posed on just a blank white base. After seeing what Kotobukiya can do with a base, like Bishoujo Wonder Woman or Dark Magician Girl, having just a white base seems so boring. I feel like they could have done something really cool with this base, like a magical circle or something. It’s a shame, but doesn’t detract from the statue too much. 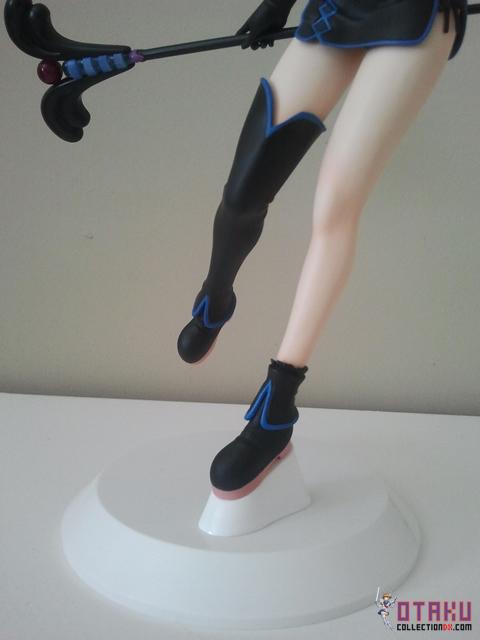 Objectively speaking, this figure is really well done. Despite some minor grips with her sculpt and the base, I think it’s a really solid figure. Kotobukiya’s attention to detail is still spot on and absolutely top notch. If you aren’t familiar with this property like I am and think that this sorceress is cute, check the figure out. It does not disappoint. 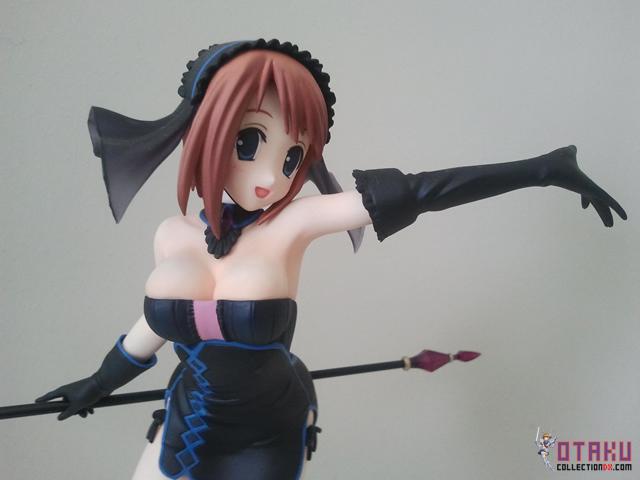