I'm not going to pretend to know anything about this guy. He's an Ultraman Tiga villain who shoots fire out of his hands. And I know that Ultraman Tiga was brought to the US at some point while I was a kid. I never watched it though because it came on at a weird time. Oh well, it's a pretty sweet toy anyway! 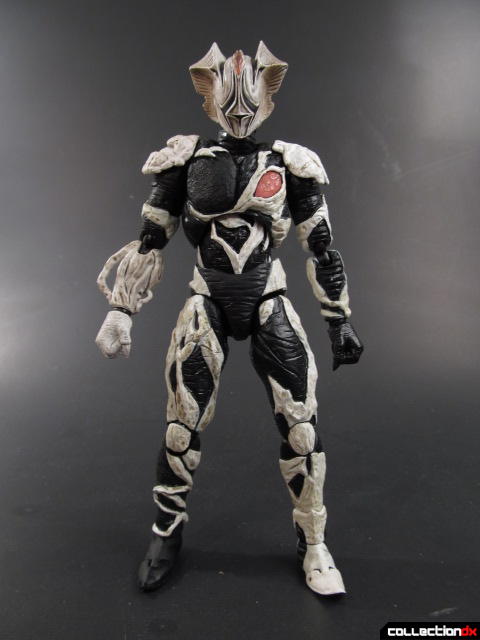 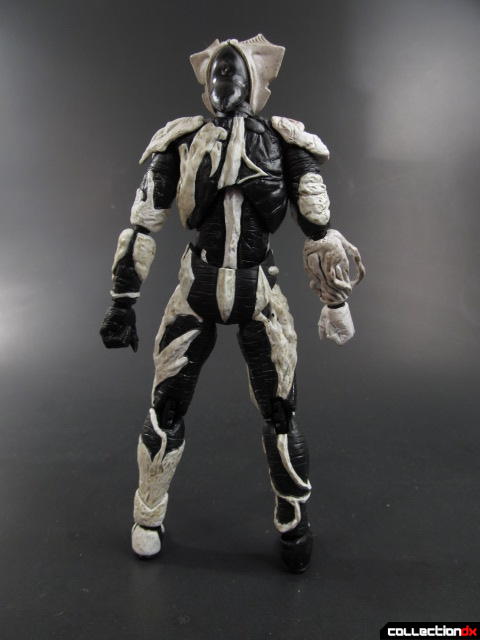 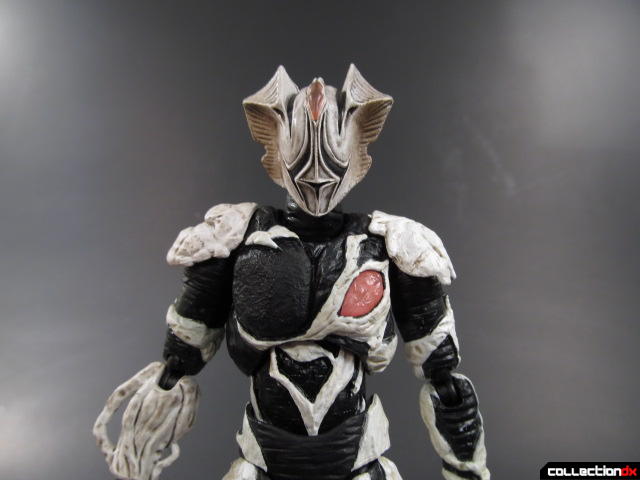 Just looking at this guy you can see the great amount of sculpted and painted detail. This guy is a sight to behold, especially for fans of asymmetry! He has these tendrils all over him and they look really cool! The color and weathering choices really make him look  more organic and alien, which is good since he's organic and an alien. 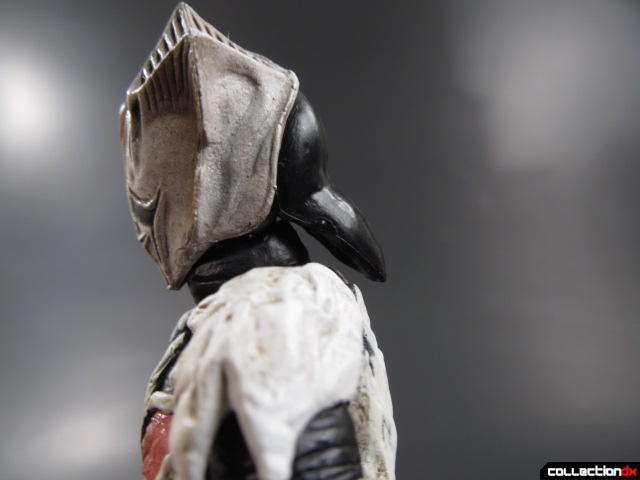 Kyrieloid is also rocking what looks to be a rat-tail haircut straight from the mid 90's. I almost want to start calling him Tucker for the remainder of the review but I won't. You're welcome. Especially all the Tuckers out there. You know who you are. 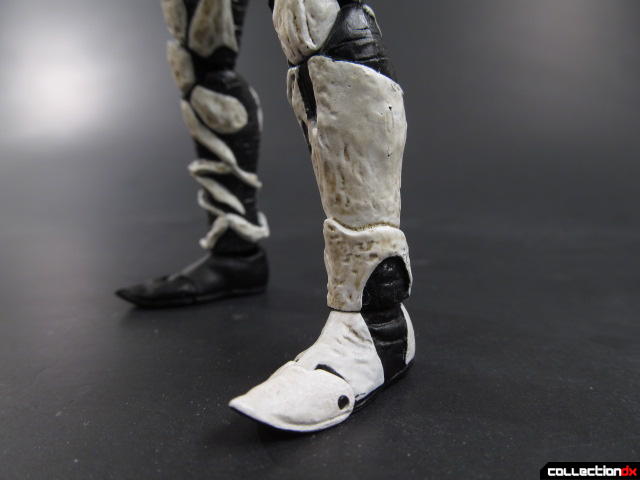 Plus, he totally has elf feet! I LOVE THAT! ELF FEET! 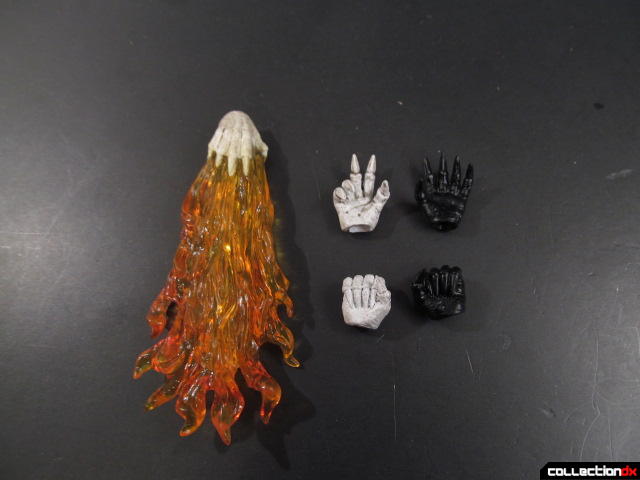 As far as accessories go, he's pretty light. He comes with fists, open hands, and a hand with a fire-shooting effect part. That's it. I guess that's all he really needs, though. He can punch, kick, grab, and then shoot fire. What more do you want!? 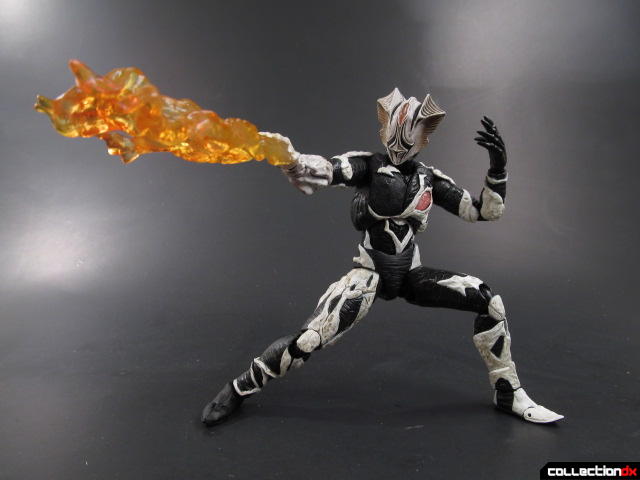 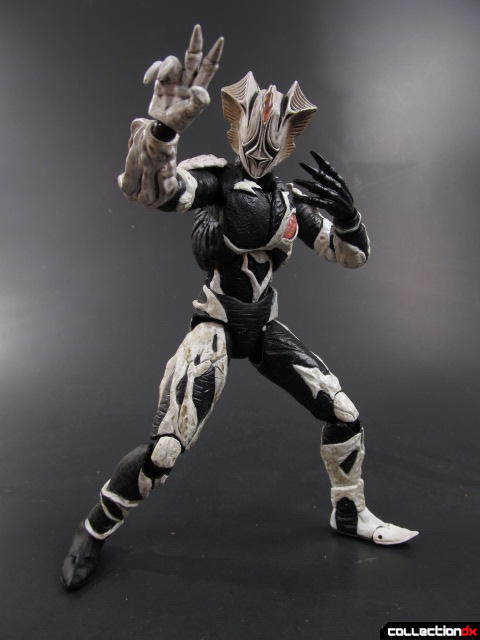 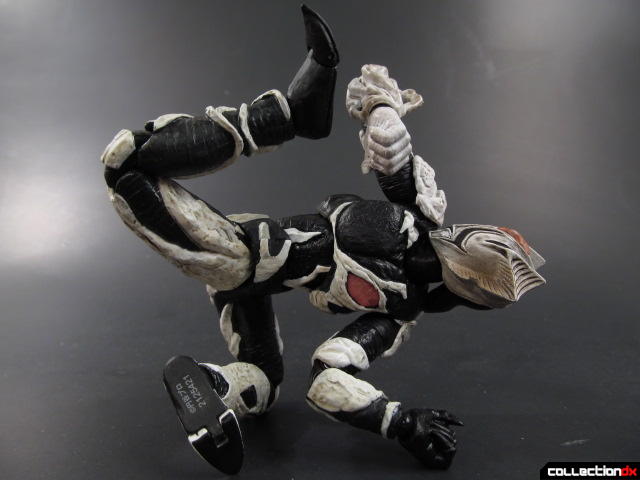 Anyway, since this is an Ultra Act release, the articulation is awesome. He has all the usual ball-joints and double ball-joints everywhere and not much is hindered by his sculpt. The shoulders are one weak point, however, since the shoulder pieces get in the way a lot. It's not impossible to work with, and I've gotten some great poses out of this guy so it isn't a big deal.

Ummm... So normally I would post a small gallery of action shots that look super cool with signature poses from the show and stuff. But, uhh... one thing led to another and... this happened... 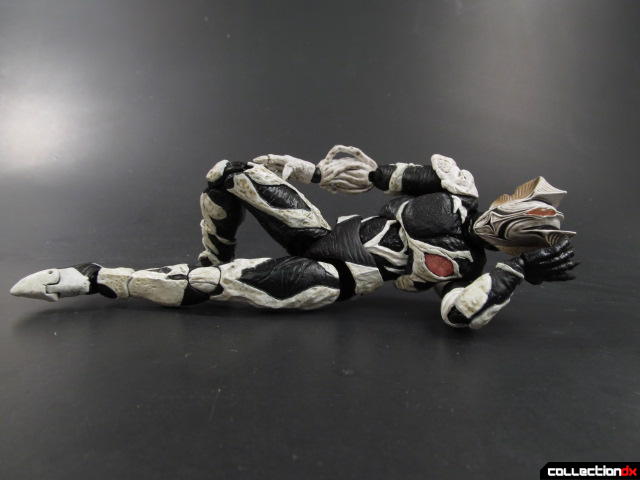 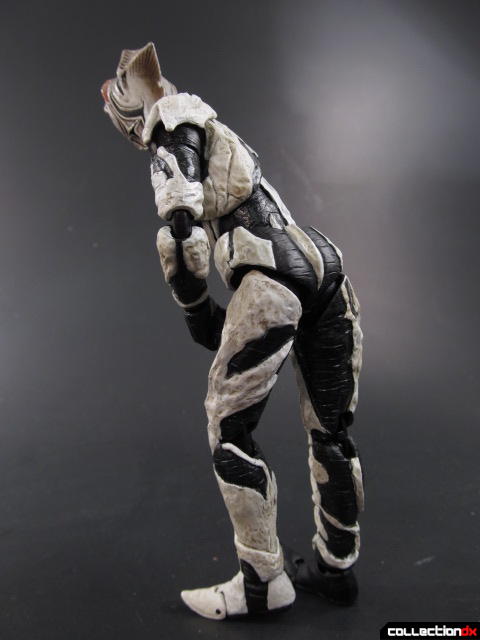 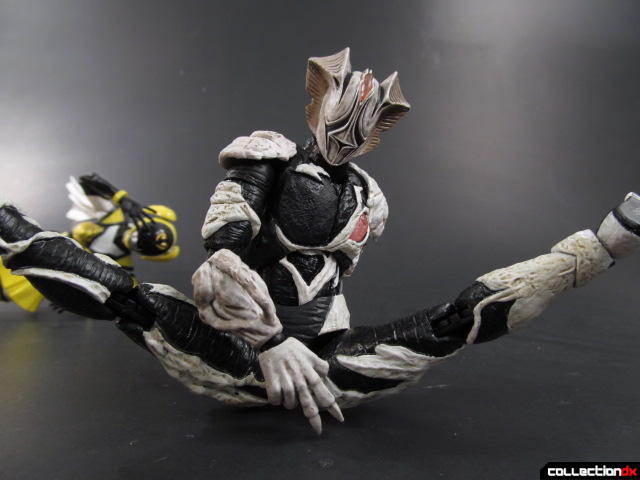 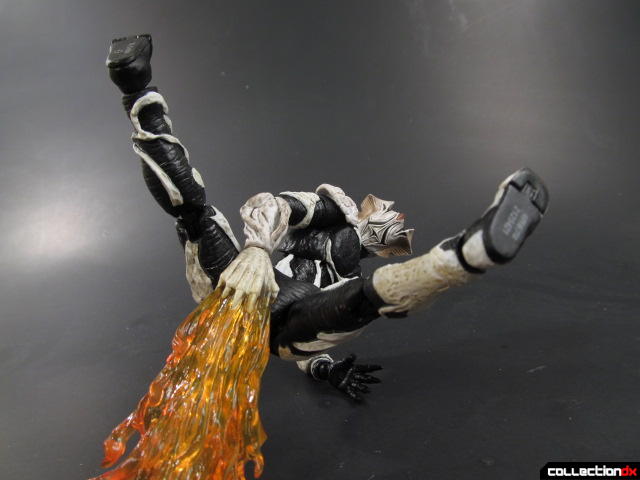 Um... I guess there's nothing else to say... Nothing I really CAN say after that... So uh, you guys should totally buy this guy if you love the show or like his brand of curves...

3 comments posted
just playing with myself

anyway..this set of picture made me laugh hard..

great last pic, and that fire effect hand alone makes this guy worth getting.

This guy is very cool. I own a bunch of Ultra Act Ultramen but no kaiju yet. I may just get this guy.