You may remember back when I returned from Toy Fair, I was raving about a toy company called SUK SRL and their toy-line VIRUS ATTACK. Well, I got my hands on one of the little guys, and here I am to show him off to you. 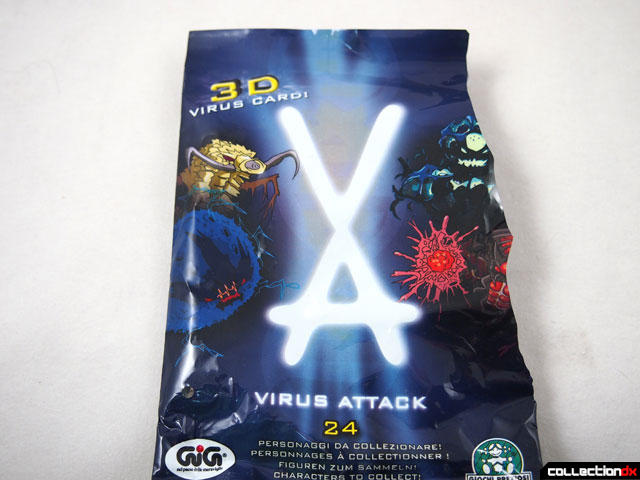 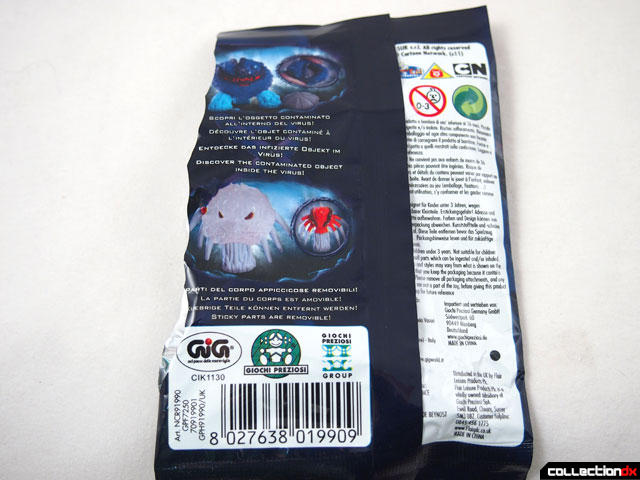 Each bag contains an assortment of goodies:

The included catalog helps demistfy the story of Virus Attack and the different factions within. There are four planets (Crux, Phyxo, Zoar, Shiwa) and each have a color themed monster. Combating them are the heroes: Dyamer, Goldor, Rax and Zobron. In this assortment there are 24 Characters. 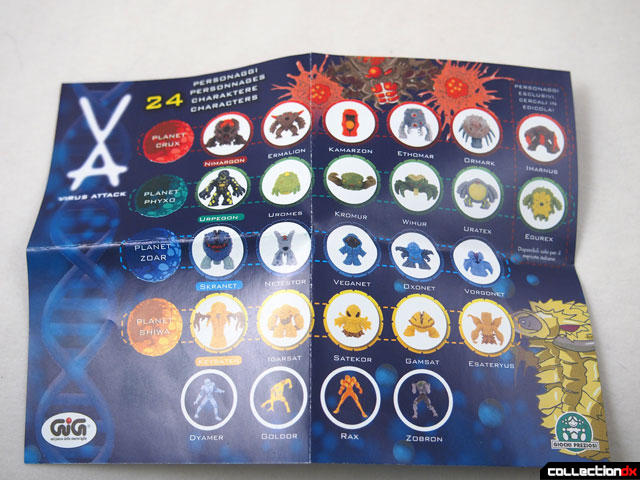 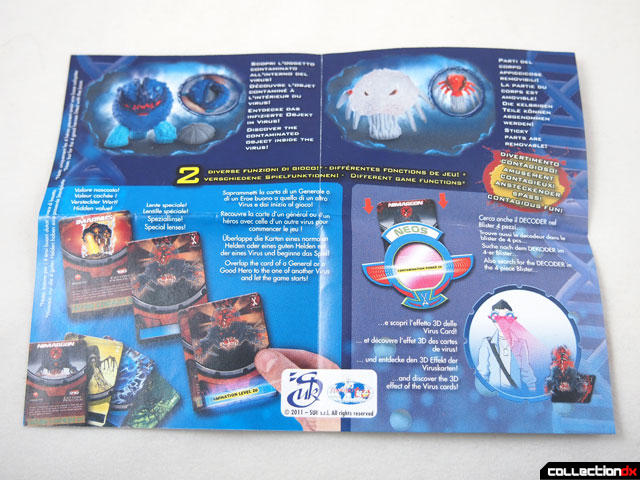 The included card has information about your character on one side and a 3-D illustration on the other. It’s the old-school red and blue 3-D, and glasses are not included with this set. 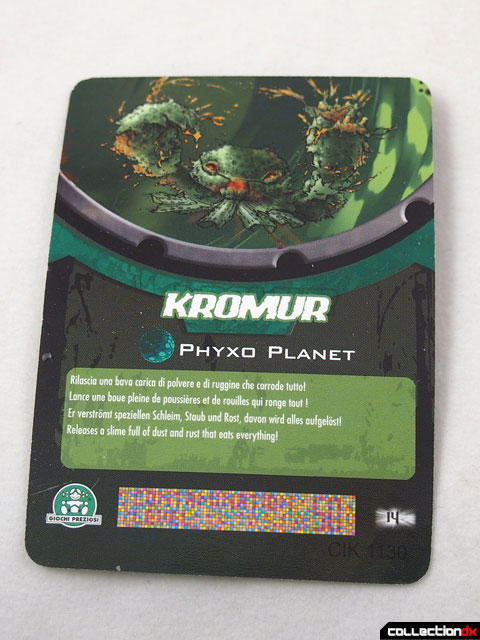 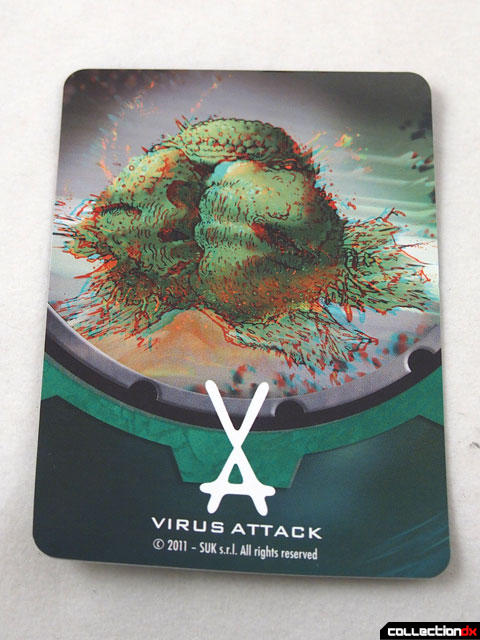 The main draw is the Kromur figure – made entirely out of squishy rubber. Some Virus Attack figures are a mixture of a harder plastic and rubber, but this one is one material. He’s molded nicely and has minor paint apps on the eyes. The sculpt is fantastic. On the bottom there is an opening for grabbing the accessories. 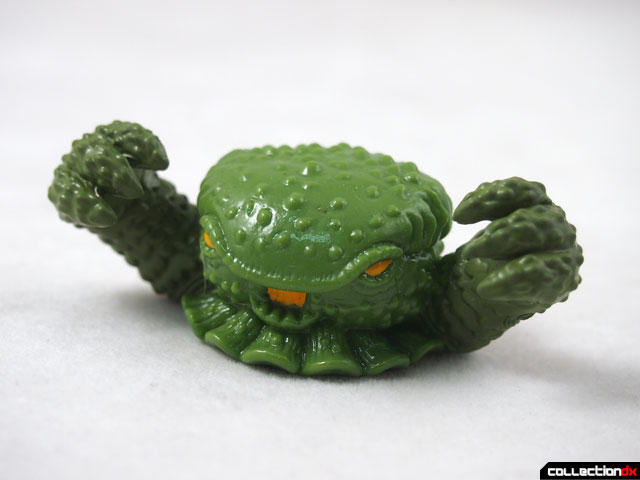 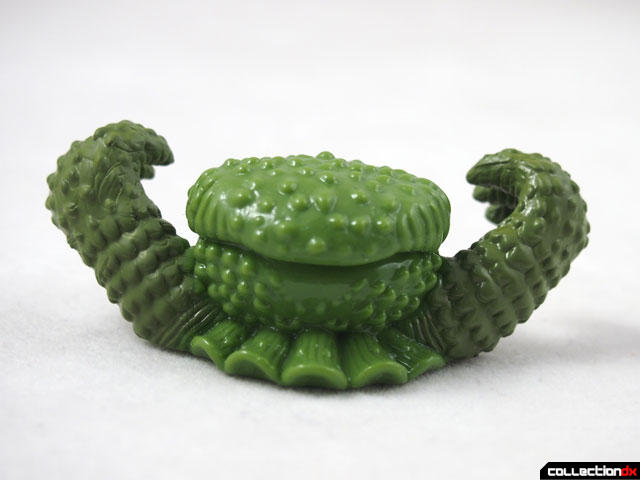 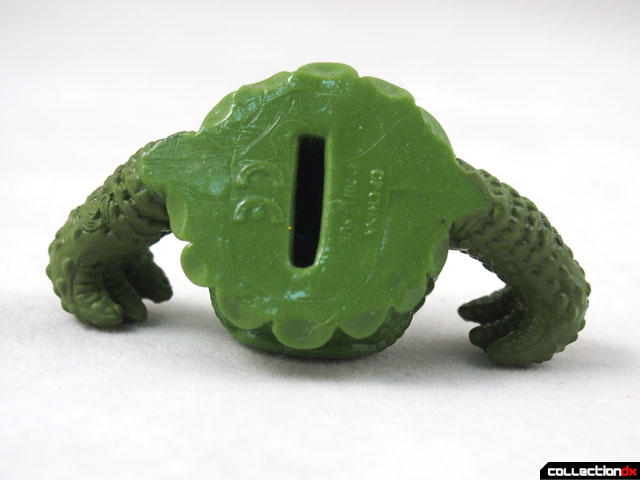 Each Virus Attack figure comes with a small accessory. They are usually a piece of scenery or something that the figures can interact with. In this case it is a barrel of toxic waste. You can place the barrel on the ground, squeeze Kromur so he opens up, and swallow up the barrel (or whatever accessories you have around). 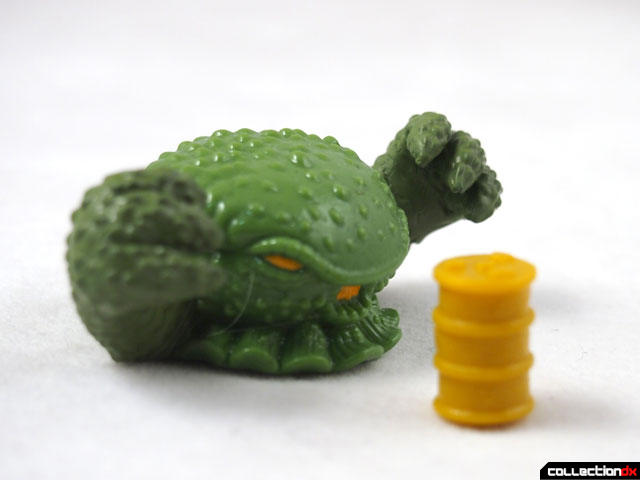 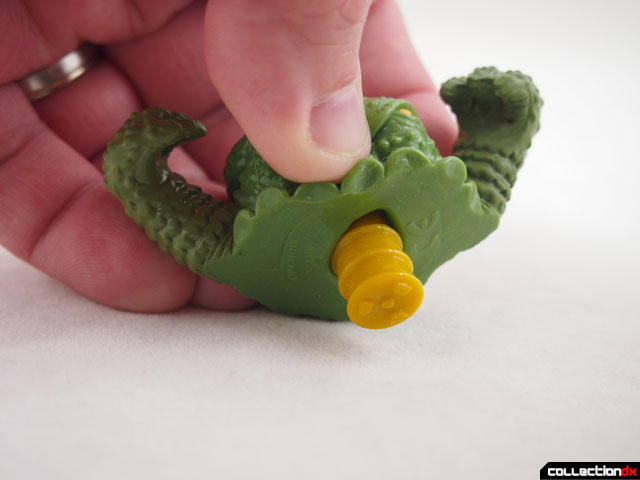 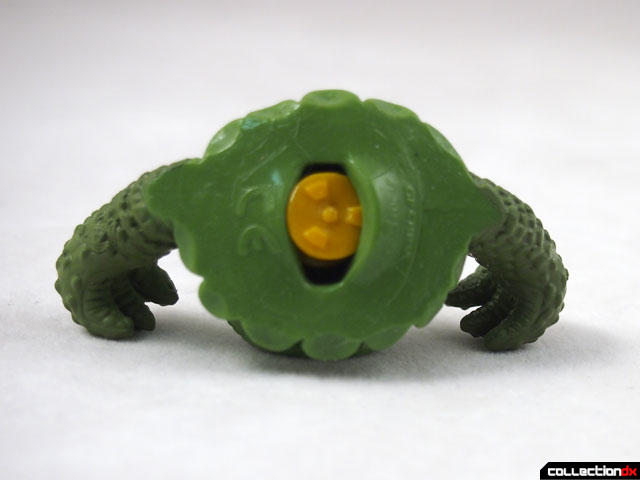 Because he is so pliable, I was able to stretch him over a Glyos figure’s head.  Lots of fun to be had with these guys for sure. 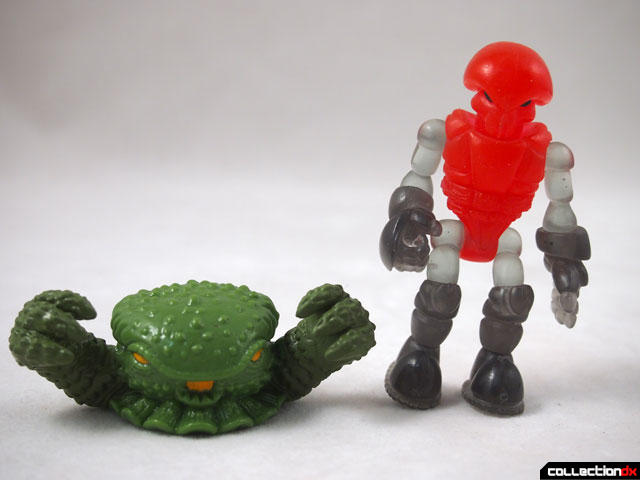 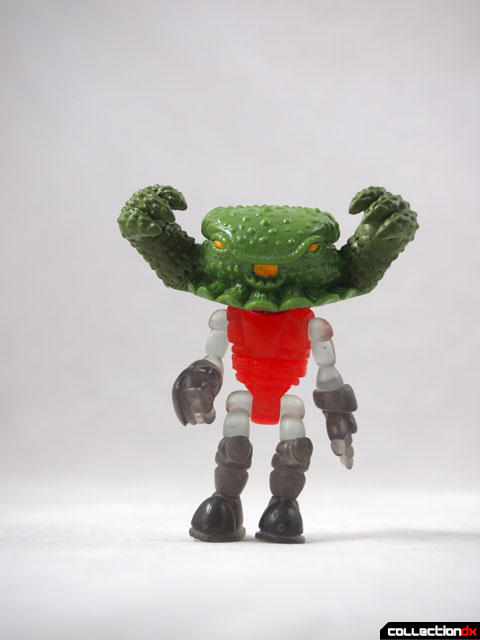 I was really impressed with the line at toy fair, and I have to day I am bummed that they aren’t available in the US. You need to know someone in Italy or Spain to track these down. Good luck! 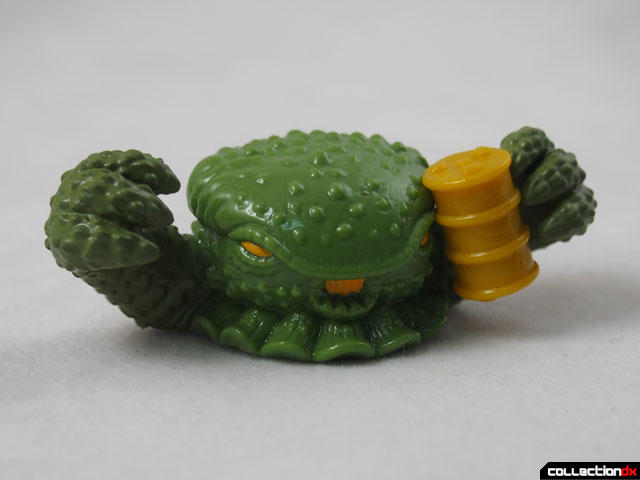 3 comments posted
Man I wish I could buy these

Man I wish I could buy these in a store.

Seriously, I've been pining for these since the Toy Fair article. You torture me, Josh...
= T w T =