Kamen Rider Spear was provided by Anime-Export. Click here to grab one!

Ah, Kamen Rider Dragon Knight… It’s the show that just keeps on giving! And giving and giving and giving… Who would’ve thought that an American Kids TV show would generate action figures that were released even a couple of years after the show ended? No, I’m not talking about the giant stack of American figures that never sold. I’m talking about the awesome Japanese ones! Yes, this lovely hunk of plastic was finely crafted by Max Factory for their Figma toy line. Let’s see just how finely crafted Kamen Rider Spear truly is! 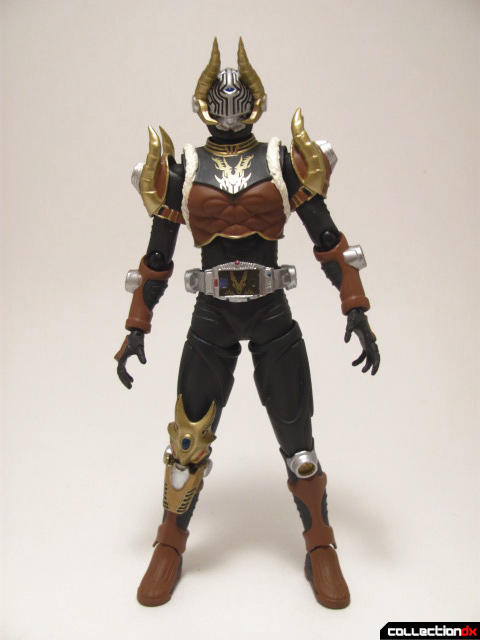 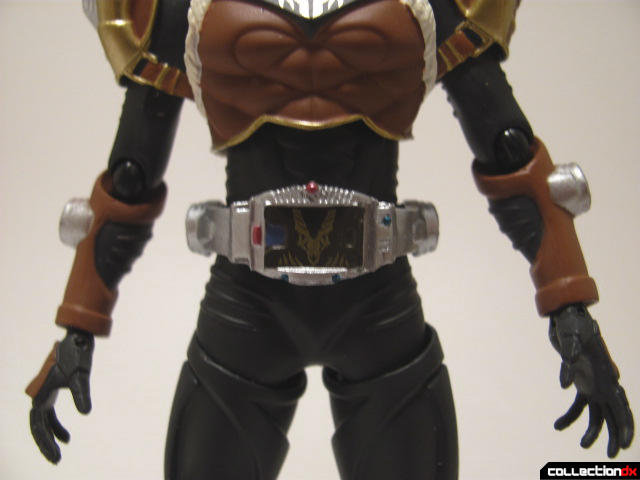 Before I jump into toys, I always feel the need to clog your brain with needless backstory. Because I like you, I’m going to dial it back just a bit. Albert Cho was half of a pair of brothers that received Advent Decks from the evil Xaviax. Albert’s brother, Danny, received the mighty deck of the TIGER while Albert received the ferocious deck of the GAZELLE.Yeah, that’s right… Albert’s Mirror Beast is a giant, over-glorified deer. Oh, but WAIT! GIGAZELLE also has hordes of little deer minions, so that’s at least a little cooler. Despite his lame monster, Spear is a pretty cool Rider. 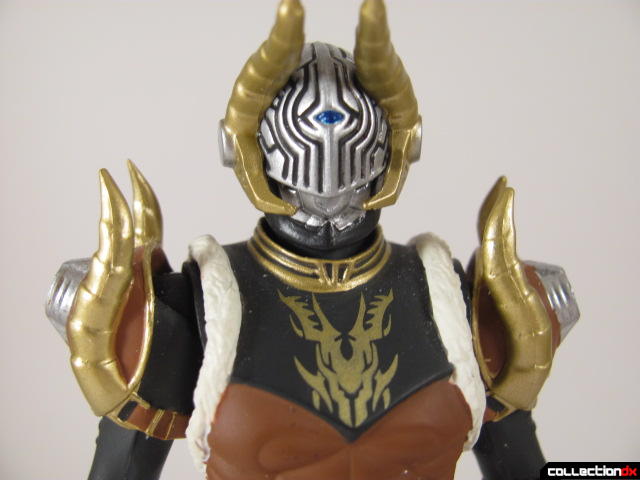 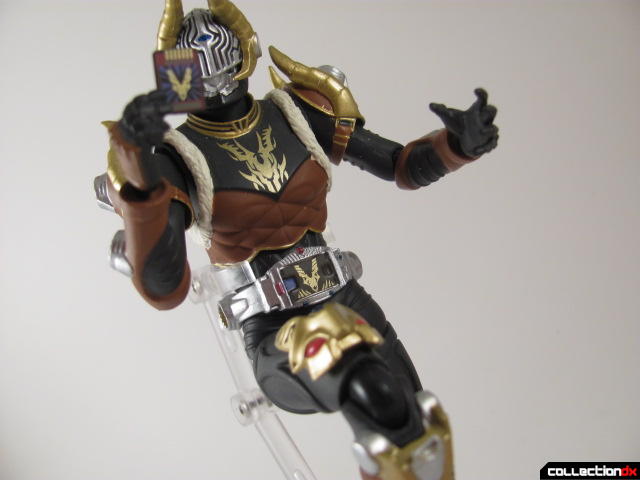 Alright, take a look at this lovely sculpting. I must say, I have never been disappointed with a Figma sculpt. There is a special way that Max Factory captures all the details of the suit designs inside these toys. No matter where you look, Spear looks as if he’s about to charge right at you. The use of rubber is as effective as always, giving the hips an awesome clean “suit-like” feel. 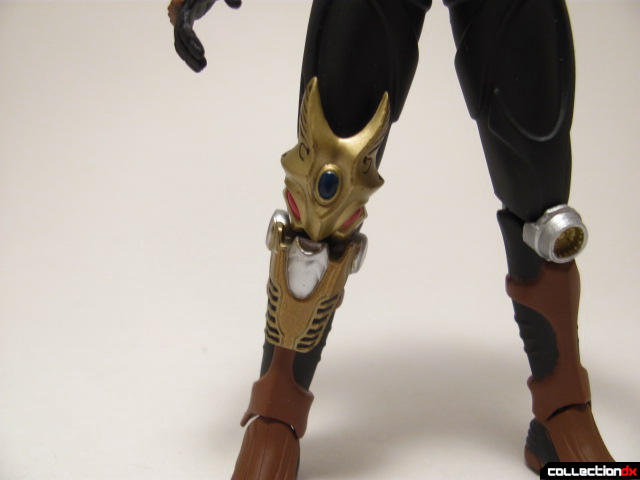 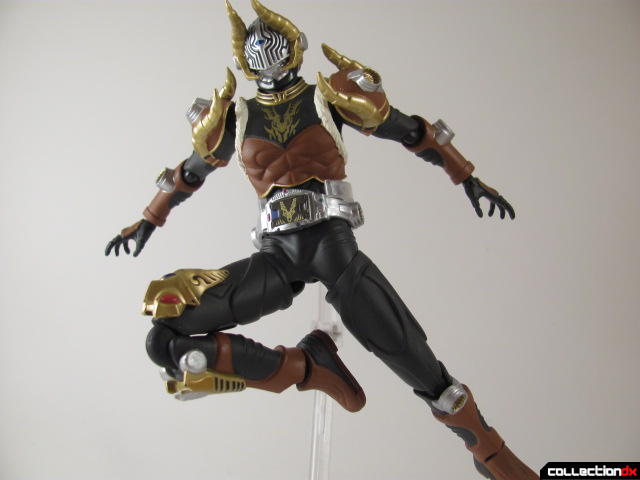 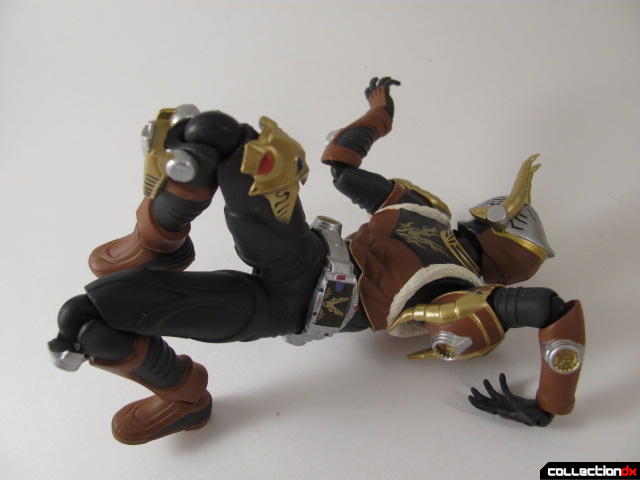 The articulation here is pretty much the same as all the other KRDK Figmas. You have neck joints, chest joints, double shoulder swivels, single-jointed elbows, swiveling wrists, waist joints, swiveling ball-jointed hip joints, that GLORIOUS knee joint, and several ankle swivels. Once again, this toy can do pretty much everything you would ever need him to do. All the joints were tight and felt very sturdy. I haven’t had any trouble with him at all. 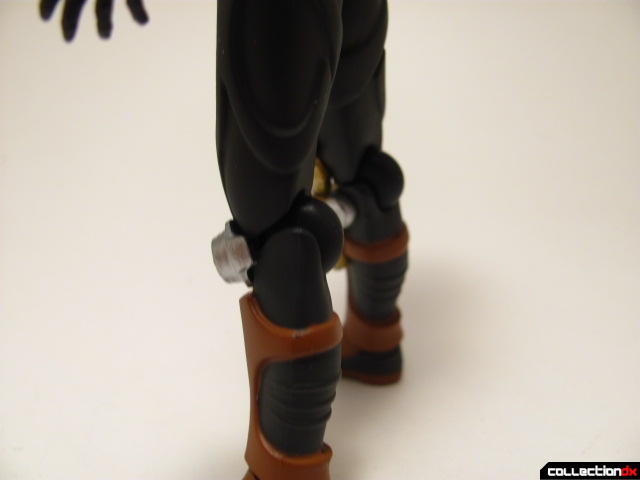 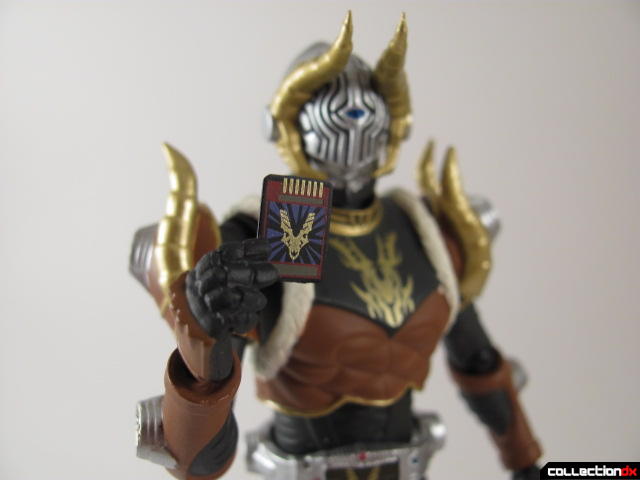 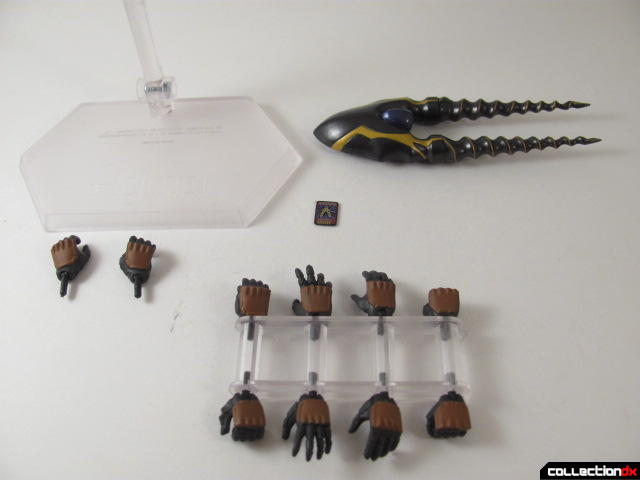 Spear comes with everything you’d need to put the hurt down on some puny Dragon/Bat type Kamen Riders. Along with the standard bucket of hands, Spear also comes with an Advent Card, stand, and his Spin Vent. All the accessories are detailed and look magnificent. I especially love the Spin Vent. When Spear is holding it, he actually looks formidable. A word of caution though, the Spin Vent is VERY sharp, and you could stab yourself with it. It would probably hurt. SO DON’T DO THAT. 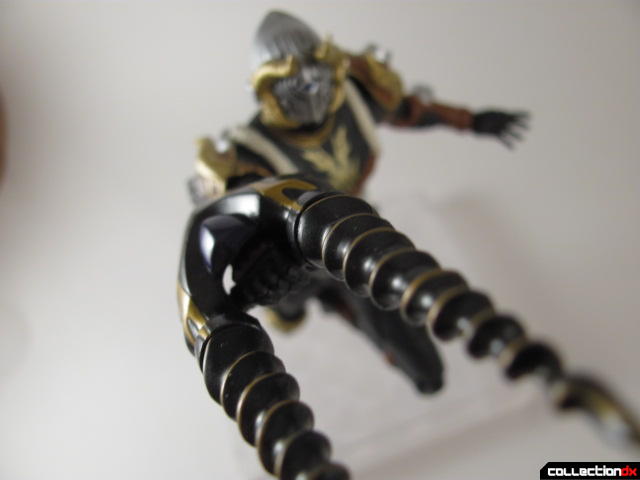 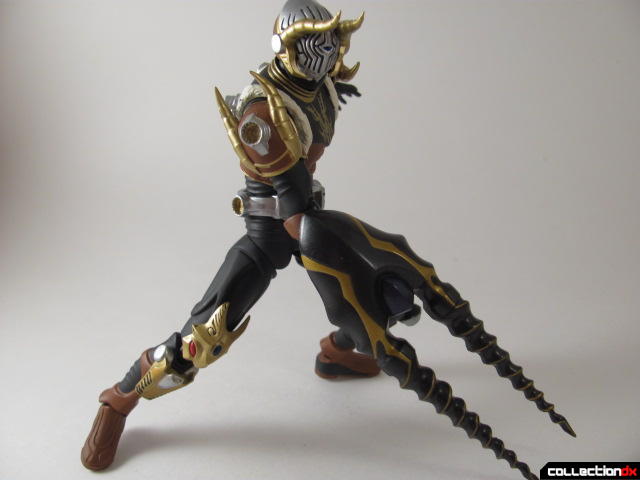 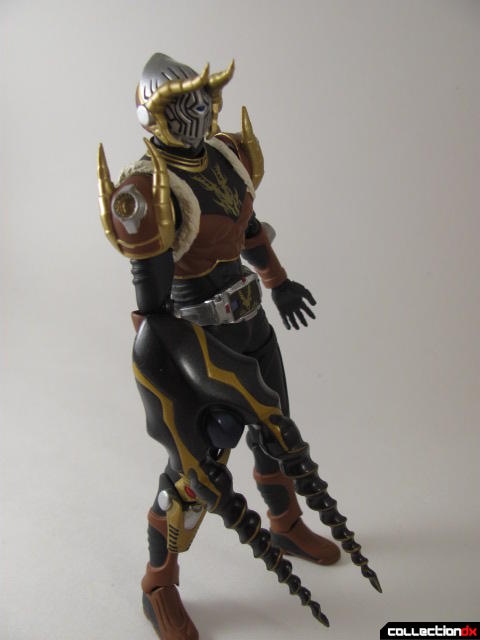 Kamen Rider Spear is a great toy. He’s super fun to play around with, and really looks great on a shelf or desk. As a huge fan of the design, I was delighted to have such a great figure. I can’t recommend this guy ENOUGH. If you are a fan of Dragon Knight, Kamen Rider Spear, or Ryuki, you really need to pick one of these up! 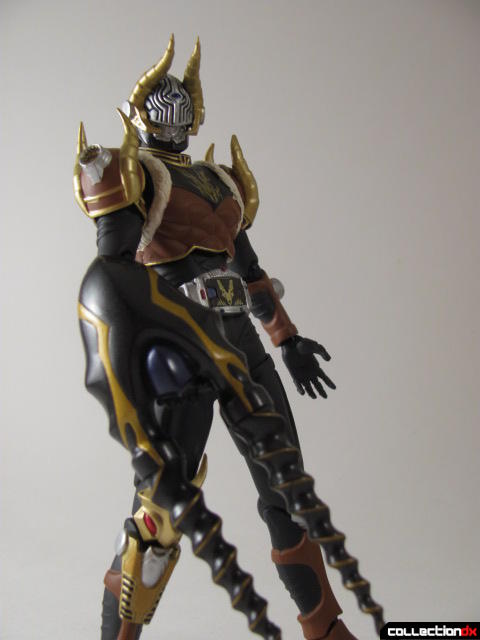 3 comments posted
I am really digging this

I am really digging this Rider's design and his big-ass spear ( kind of reminds me of the lance of longinus from evangelion). I just started watching Ryuki from where I left off, and I can't wait to see this guy pop up.

Every time I read one of your reviews I laugh when I see them all twisted up for the articulation picture. I think, "My only regret is that I have...boneitis." Good job on the review! Love the Nazca-like pattern of lines on his face and that sculpted kneepad is so awesome. Asymmetrical!

@SentaiSeiya: I'm glad you're getting around to finishing it. It's definitely worth it! :D

@GetterVolt: Thanks, man! I do my best ;P I love it when designers aren't afraid to go asymmetrical, too. I really love the Imperer/Spear design.