Kamen Rider Camo was provided by Anime-Export. You can snag one for yourself right here!

I was a fan of Kamen Rider Dragon Knight, which was the American adaptation of Kamen Rider Ryuki. Normally, Bandai has the Kamen Rider toy market completely cornered, but the fact that this show was American gave Max Factory the chance to snag up the license for their Figma line of action figures. So, over the course of a year, Max Factory released these action figures under the pretenses that they are totally not Ryuki toys. I believe the tagline of the toy line was “Seriously, they’re totally different”. So, this figure is Kamen Rider Camo, who is absolutely not Kamen Rider Verde. 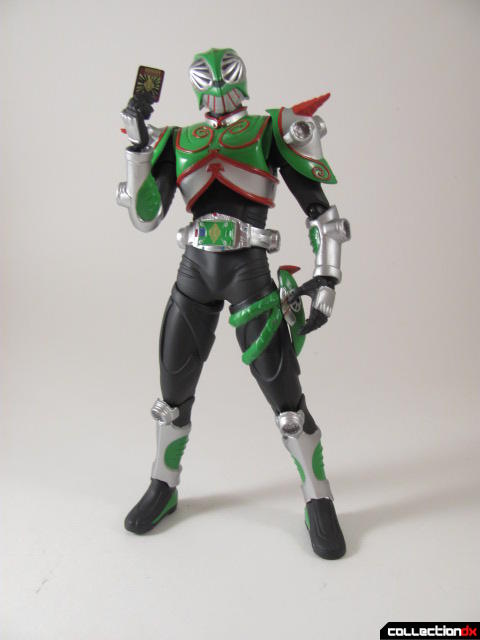 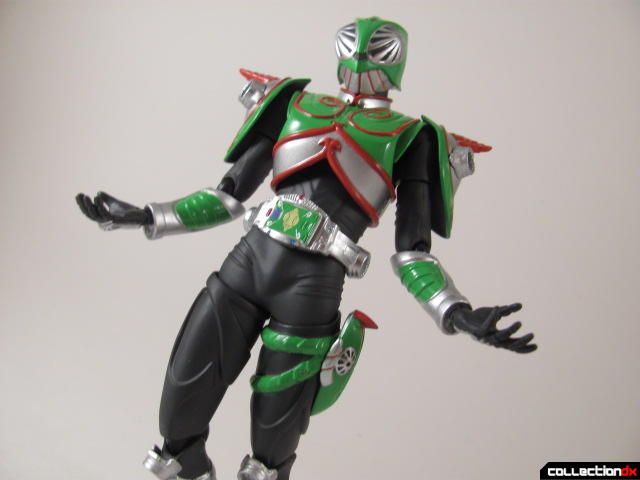 Grant Staley was a cheating martial artist until he was given an Advent Deck that allowed him to become a cheating Kamen Rider. Then, two days later he was beaten mercilessly and sent to the Advent Void. Well, that pretty much sums up that backstory. Camo only appeared in the show a couple of times, and his character might as well be completely nonexistent. In fact, he was invisible for most of his screen time. Alright, so I may not care about his character at all, but at least his suit design is pretty neat. Let’s see how this toy holds up! 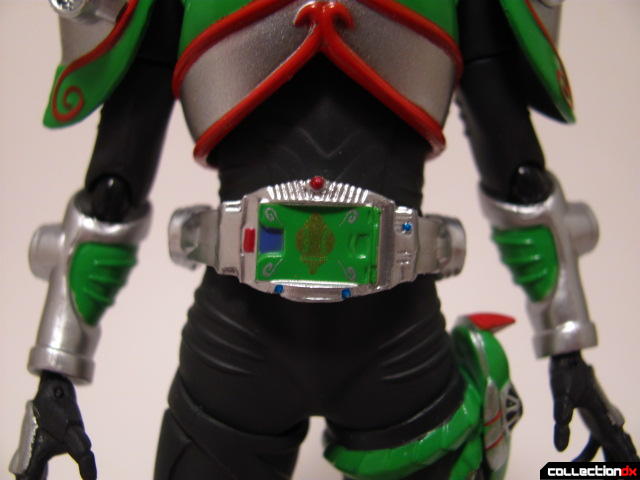 Figmas almost always have great sculpts, and this figure is no exception. He looks like the suit popped right out of the show and onto my desk. The colors are also spot on, and his garish color scheme really does it for me. He has a deep lime green everywhere, with red accents that really pop. Combine that with bright silver and matte black and you have an interesting display piece. I also really like his chameleon design. The sculpting and color on the helmet really make his eyes pop (tuh ho!). 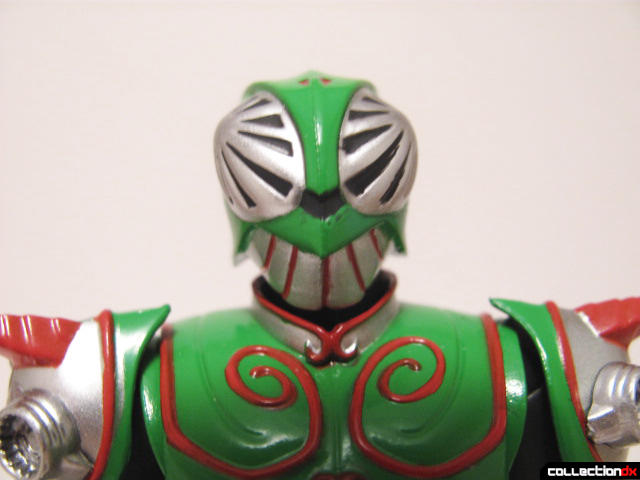 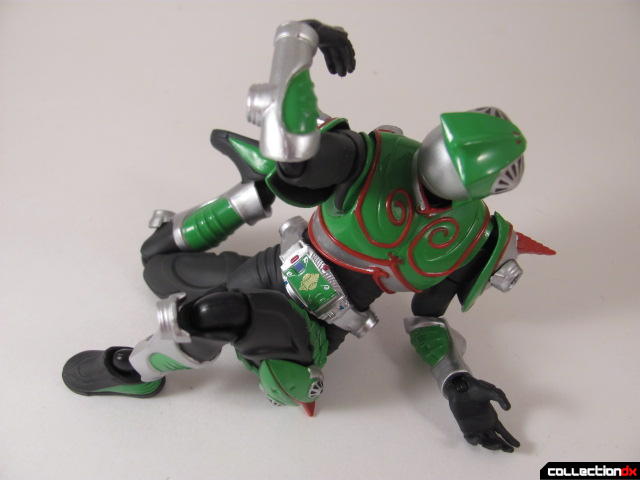 The articulation is really standard for these Kamen Rider Figmas. Neck joints, ball-jointed chest and waist, ball-jointed swiveling shoulders, single elbow joints, swiveling wrists, ball jointed hips, ball-jointed swiveling feet, and that glorious single knee joint. I still don’t know what it is about these knee joints, but I absolutely LOVE them! I’m still depressed that the elbow joints are only single joints, but it doesn’t really hinder anything. Plus, his shoulder guards are on a small ball joint so they don’t hinder the articulation. Basically, Camo can do anything you would ever need him to do. 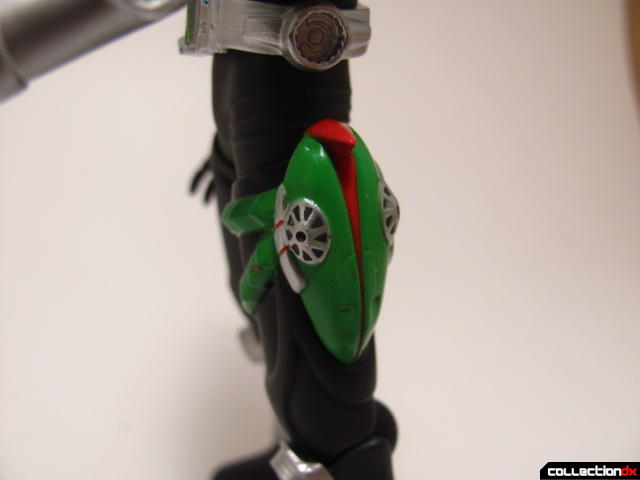 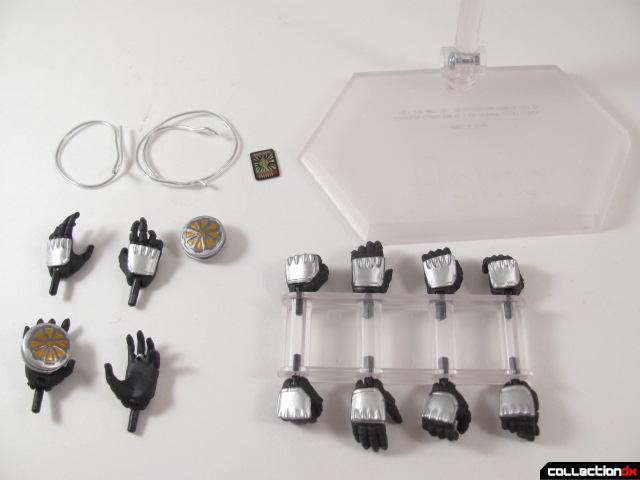 Camo comes with an acceptable amount of accessories. With the standard MOUNTAIN of hands that Figma releases with these, you also get a hand holding his “Hold Vent” (or as I like to call it, his “yoyo”), and another hand for holding the yoyo’s string/wire. He also comes with a Figma stand, two wires for the yoyo, the yoyo itself, and an Advent card. As usual, everything is painted and detailed wonderfully, and Camo looks great holding everything. My main concern is his yoyo. It is PAINFUL to pose Camo with it because the wire pieces don’t like to stay inside their designated holes. In fact, I’m surprised I was even able to get the amount of pictures I got with those things. The upside is that he does look incredibly boss while using it. Well, as boss as you can get while hitting someone with a yoyo. 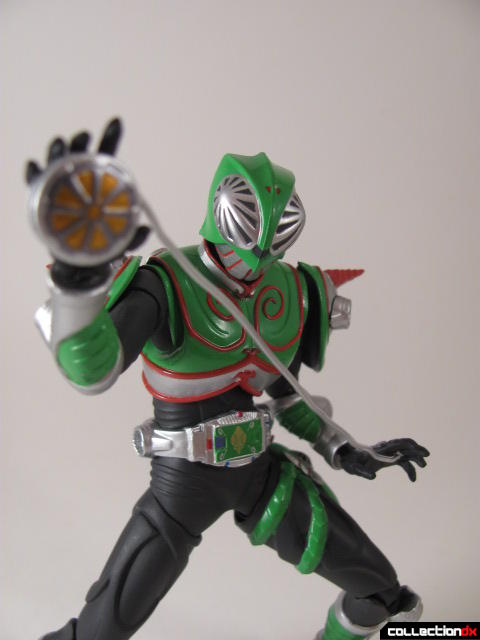 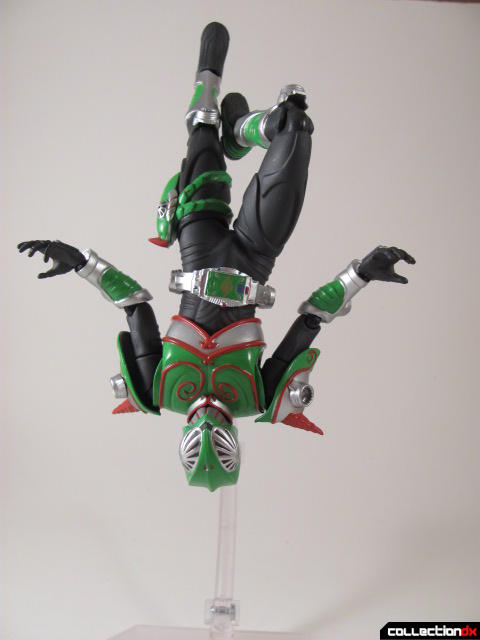 My favorite accessory, however, is the stand. Using the stand, you can display him upside down! In a perfect world, Camo would never EVER be right side up. 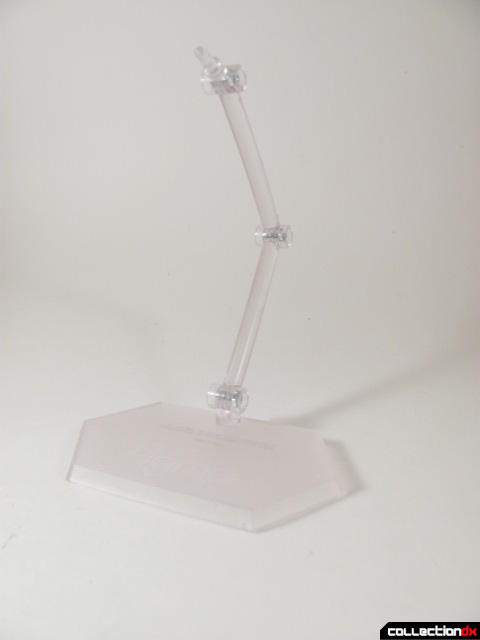 Also, he can become COMPLETELY INVISIBLE! 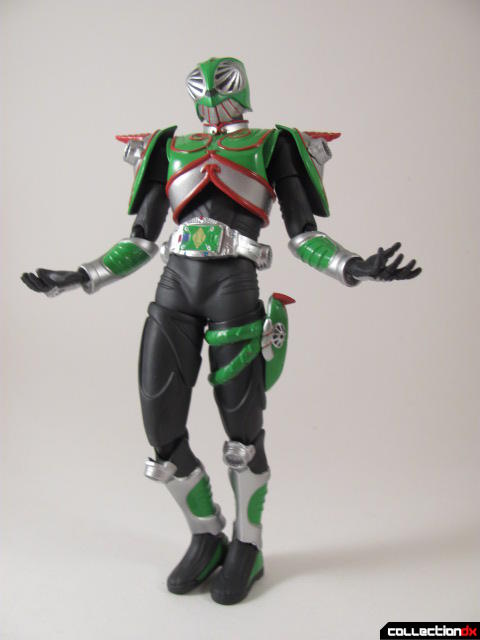 Kamen Rider Camo does everything he needs to. He’s fun to play around with, and looks great posed with other Riders. Even with his annoying weapon, he’s well worth picking up if you are a fan of the design or love the show. I’m sure there must be dozens out there. Baker’s dozens even. 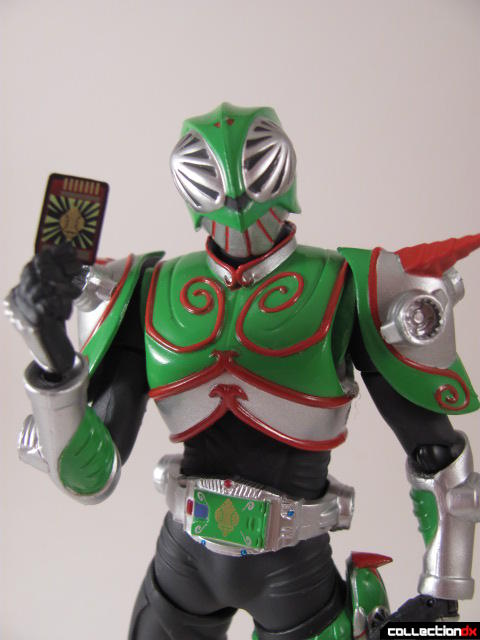 2 comments posted
Oh god I cracked up at

Oh god I cracked up at invisible/upside-down Verde. My main problem with the figma Riders is that they don't have enough unique hands, I'm surprised they even provided them for his yoyo; would have loved his crazy pointing hands from Ryuki.

I should see if I can pose him and Raia in that amazing trapeze Final Vent, it was too good for words.

AH! But you see, this is not Verde! He's completely different! COMPLETELY DIFFERENT! lol.

But about the hands, I'm almost positive they just created a basic set of a gazillion hands that every rider would use, and left it at that. I also think they only made extra hands when it was absolutely necessary, such as Camo's yoyo hands.