I surprisingly liked the Joint Gattai Magiking a while back, so I thought I would give it another shot with the Joint Gokai-Oh from Gokaiger. It didn’t work out as well this time.

The concept is sound - take your super sentai robots and make them have universal modular joints that combine with other bots in the line. One would think the play possibilities are endless. Well, it depends on the set.

While I had great success with the Magiking, the parts with the Gokai-Oh were limiting. 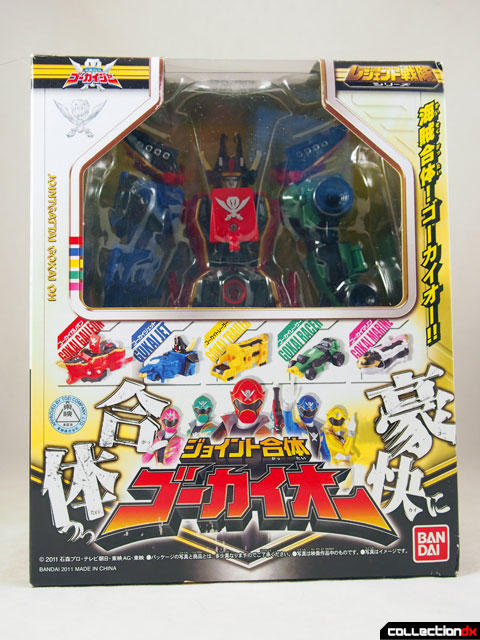 The box is attractive enough, and compact. Some of the parts are disconnected in the box in order to make it fit. 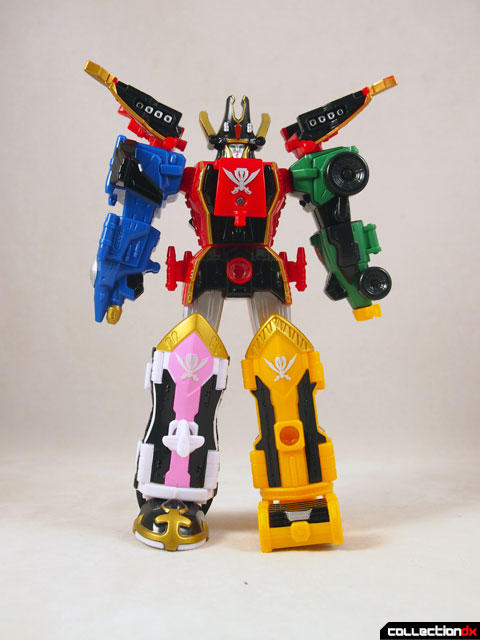 The Gokai-Oh combined robot is nicely proportioned and decidedly toy-like. It moves everywhere there is a connection point, but only in a swivel fashion. 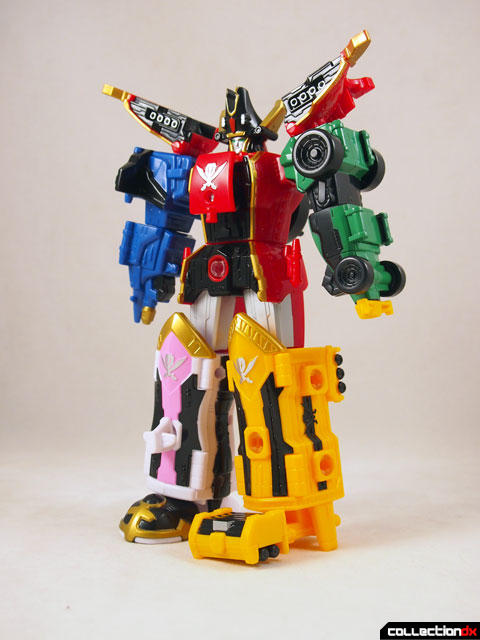 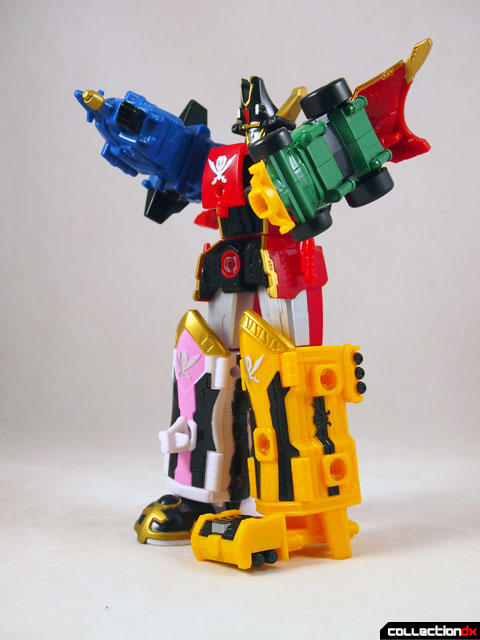 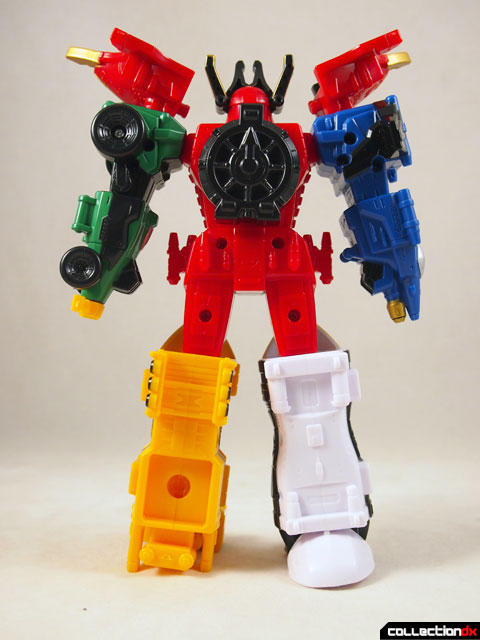 It does a reasonably good job of breaking down into the component parts. Most look ok, except for the Gokai Galleon, which looks terrible. That’s supposed to be a pirate ship, right? 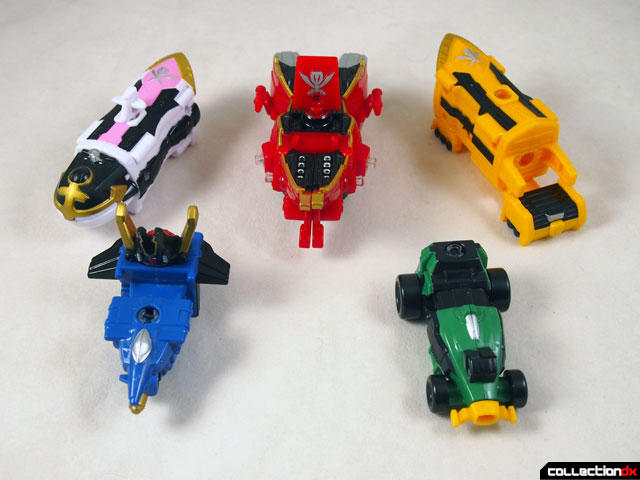 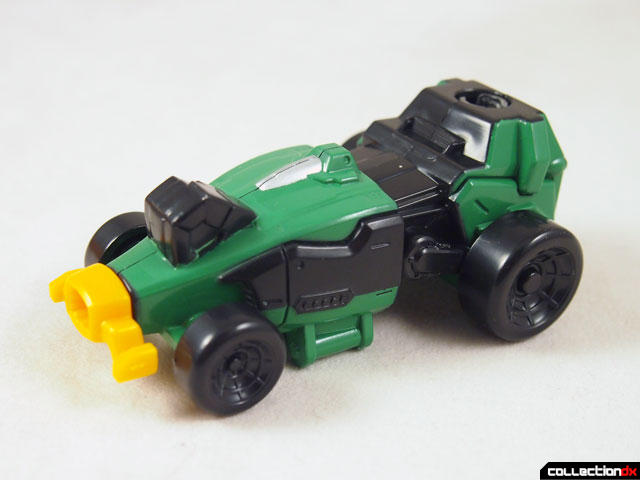 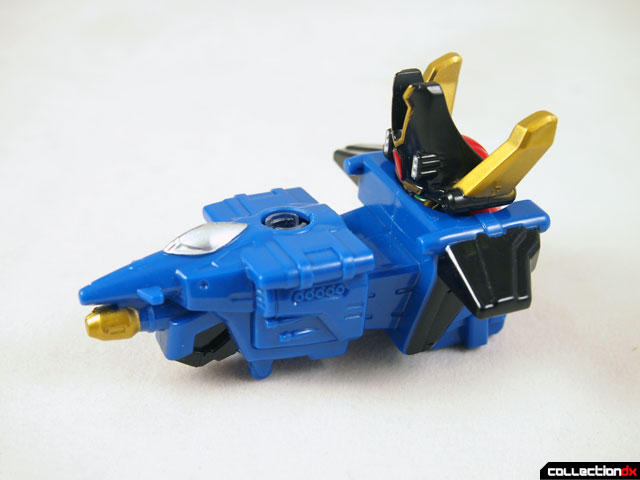 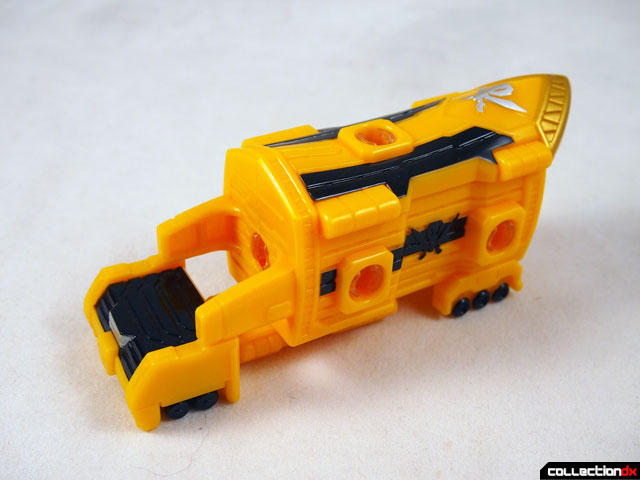 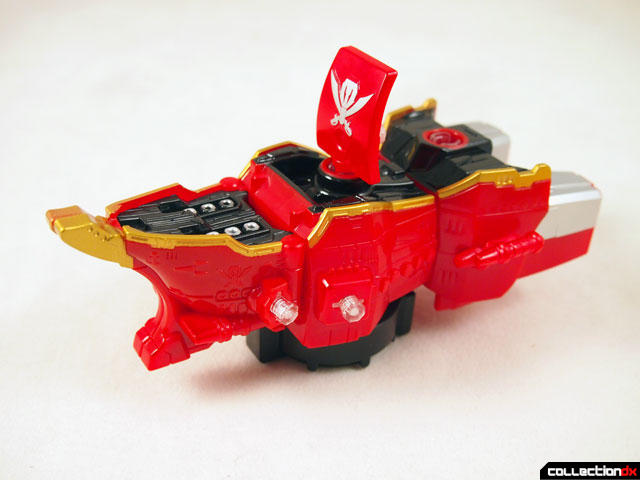 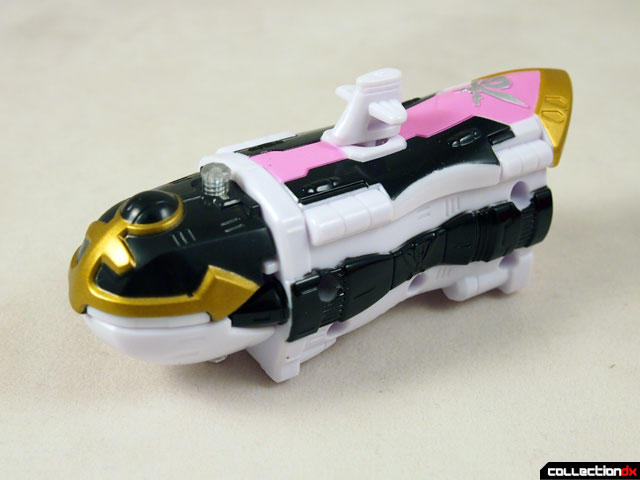 Each vehicle breaks down into further elements which provides with what you think would be an ample amount of parts to combine into new and unique forms. 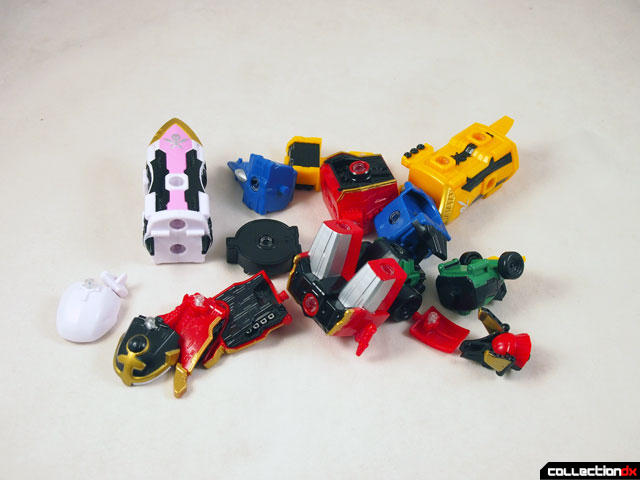 Sadly, all I could come up with was this.. 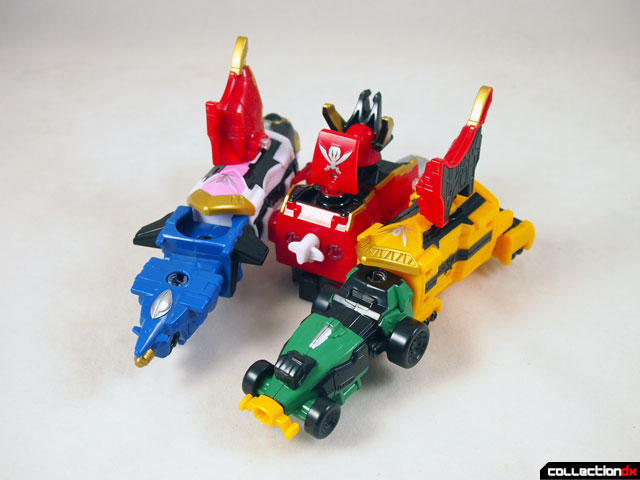 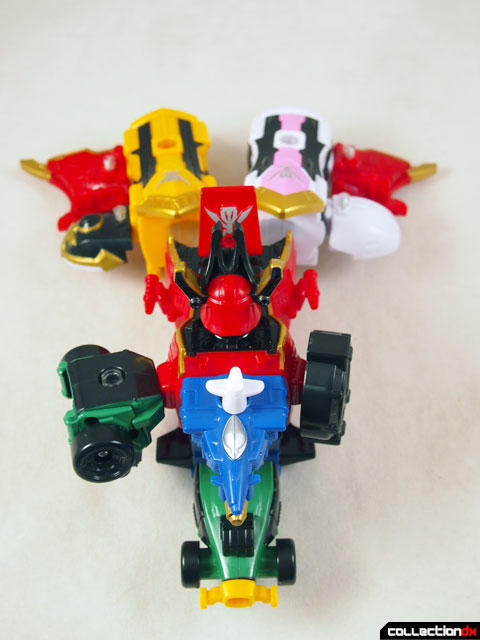 Perhaps I would have had more luck if I hadn’t put Magiking into storage and was able to combine the two sets, but on its own, its not that fun. While the parts do combine in a variety of ways, none of them look good at all.

I honestly can't remember a single time the Gokaigers ever piloted the other craft in the show outside of the Gokai-Oh formation scene.

*not apropos of the review, but it just occurred to me. seems a silly design now ;)

The only time I can think of was in the episode where the Gokaiger go to Machine World and were trying to catch up to Machaholcon.

They did a Daijyujin one FYI.