Here’s another crazy bootleg I came across in San Francisco’s Chinatown. In fact I got this at the same shop as I got the Combat King bootleg. 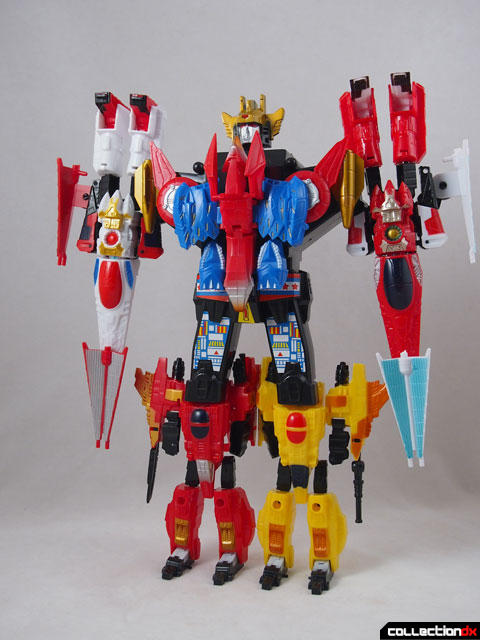 This one is a huge beautiful mess. I recognized the parts as toys from Transformers Cybertron, but I had never seen them in a combiner combination. The card was absolutely huge and beautiful, I had to have it. 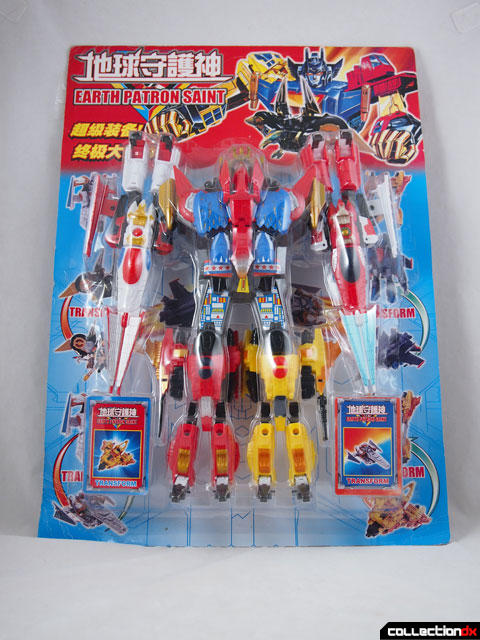 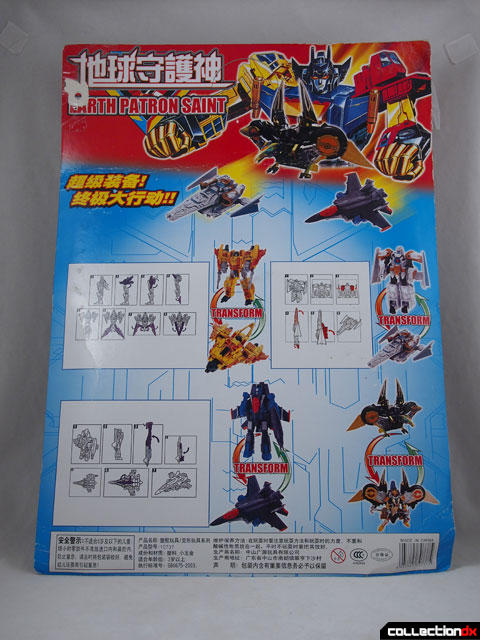 The arms are re-colored versions of the “Legends of Cybertron Vector Prime” that have been hit with a healthy dose of CRM. The two arms are identical aside from color. This bootleg takes advantage of the easy ability to remove the wings to provide convenient connection points to the body. Several parts of the mold have been modified such as the cockpit in fighter mode being solid instead of being cut out from the head. 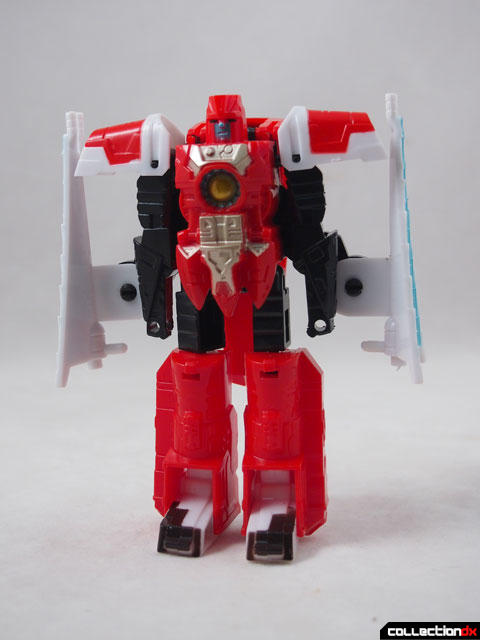 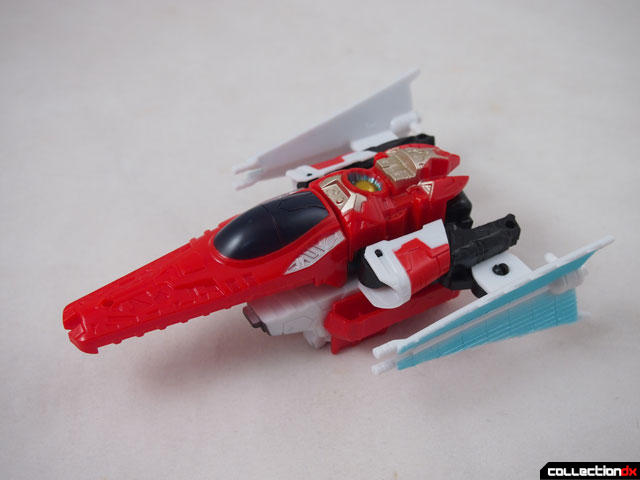 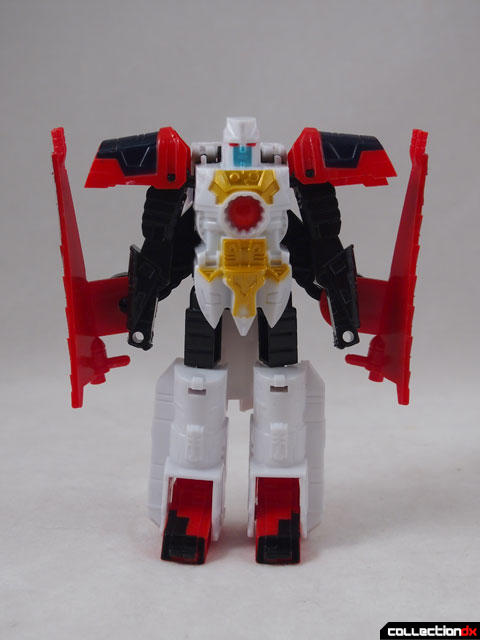 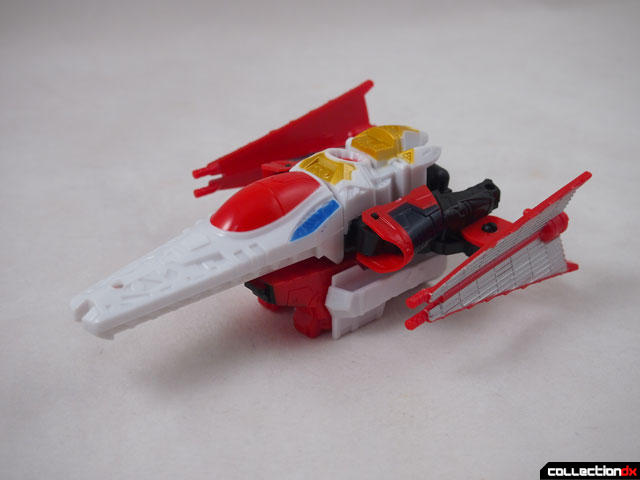 The legs are re-tooled versions of the “Legends of Cybertron Starscream” toy, also afflicted by CRM. Here the mold has been simplified and enlarged, with the addition of holes drilled for connection points for the body. 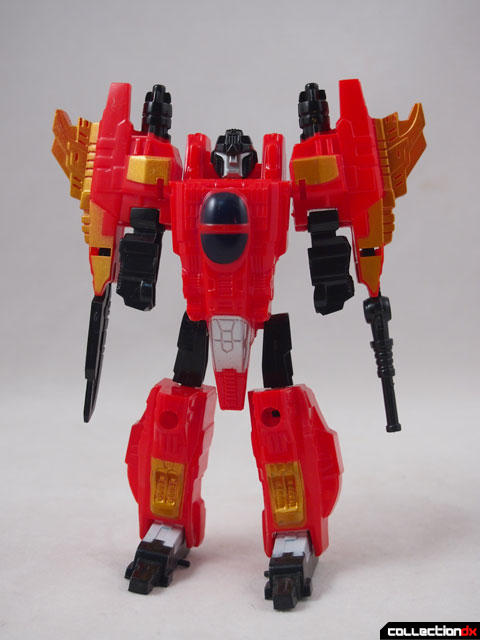 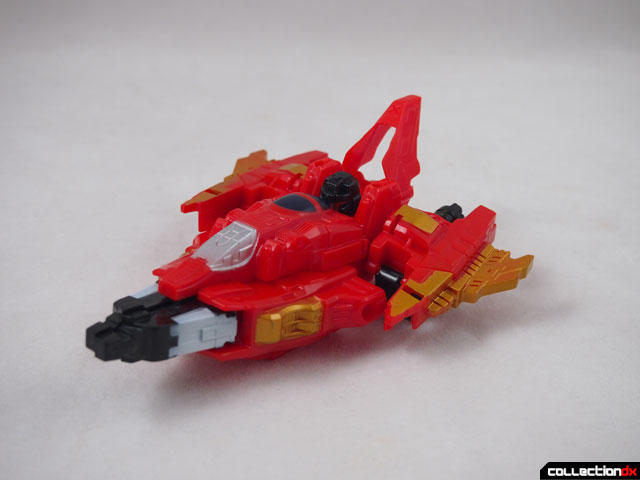 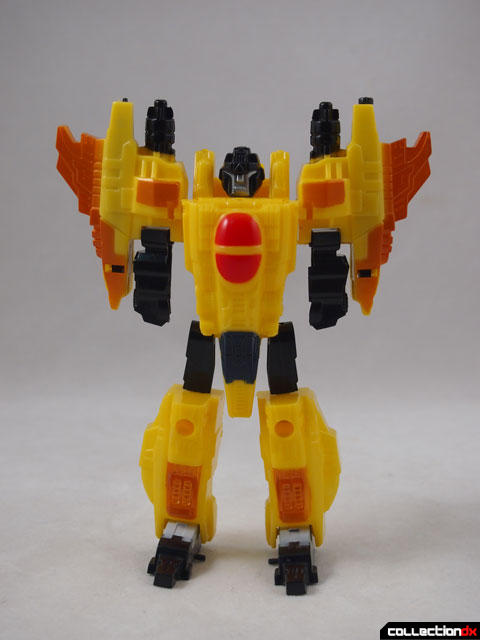 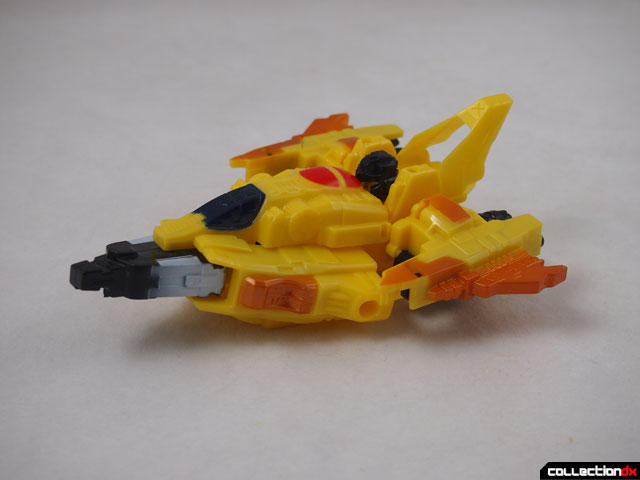 The chest is the “Delta Shadow” bike from Ryukendo. Released as part of a two pack released by Takara in 2006, this figure appears to be the same size, but is missing several critical components. When I shot the review, I didn’t even know it was supposed to turn into a bike! 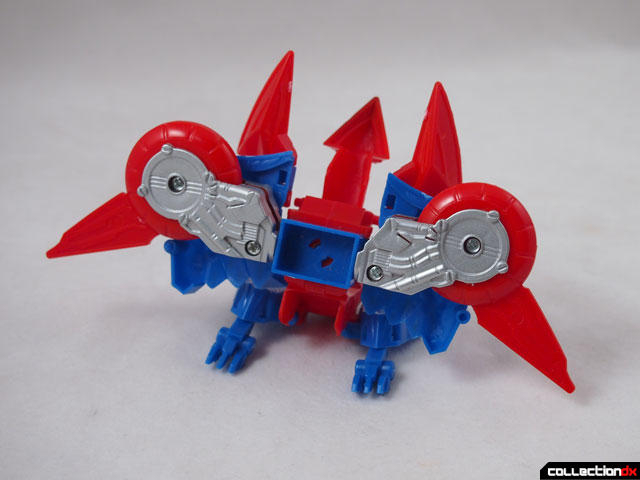 Holding the whole toy together is the body of Sixbuilder, a Transformers combiner from 1992, although likely this came from the re-issue (in Devastator colors) in 2004. 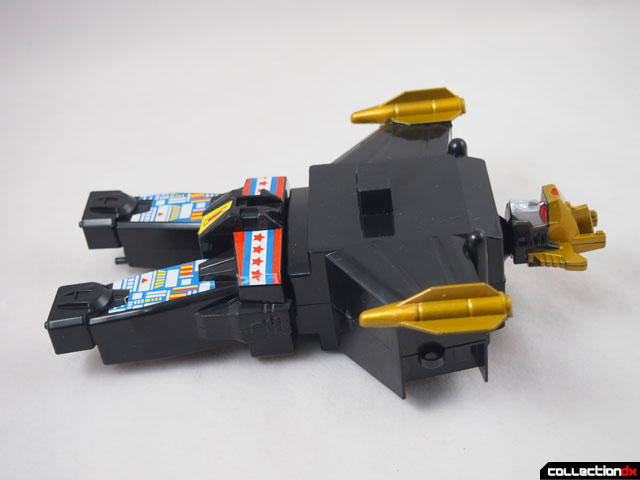 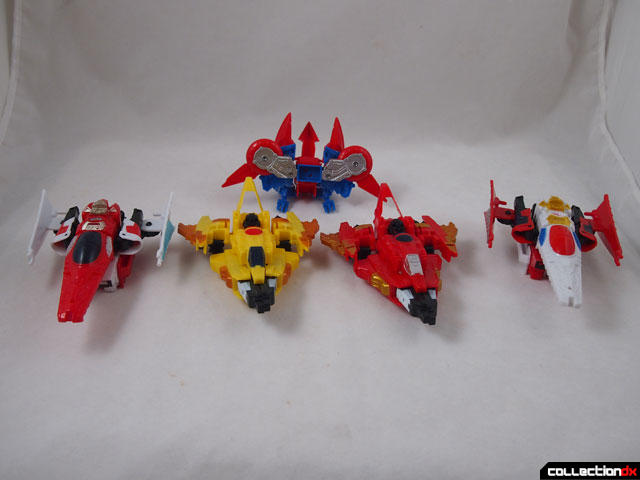 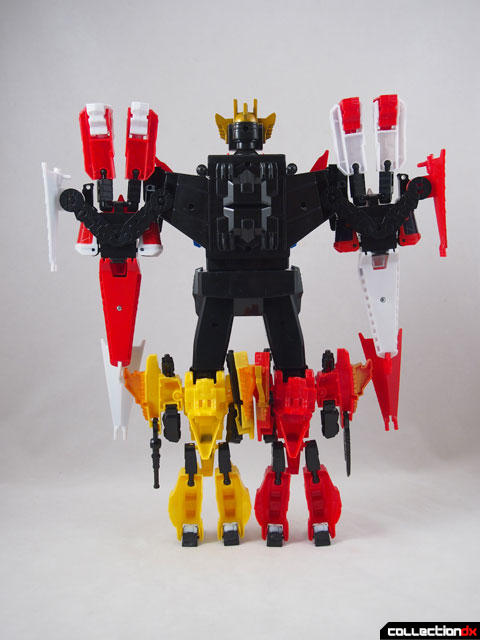 Like most modern Chinese bootlegs, this thing is garbage. I should have expected as much, but I get like a deer in headlights when I see these things at stores. It won’t stand at all (despite what you see in the images) and the connection points are exceptionally fragile. 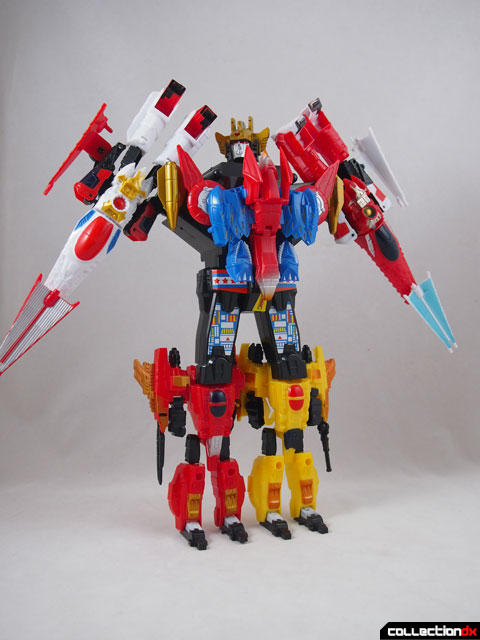 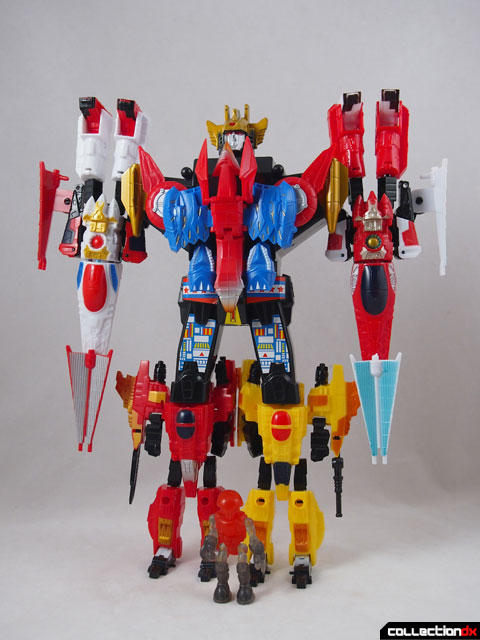 I have to give it points for the pure insanity. Taking four unrelated toys and making an original, six-part combiner out of them takes something special.

That thing is seriously beautiful.

I agree with your insanity points; that is hilarious! I love it! I hope more people do crazy stuff like this.

From what I know, Delta Shadow comes from Takara and it's actually a JuuOu from Madan Senki Ryukendo belonging to RyuJinOu.

Did I mention that Kamen Riders are not my strong suit? I was looking RIGHT AT the listing on HLJ and I still screwed it up. Thanks for the clarification, I'll edit the review.