The DALEK is the iconic Doctor Who enemy - cold, ruthless and deadly. So making lego style building toy version of them may not be the first thing on your mind. But it works, and it is awesome. 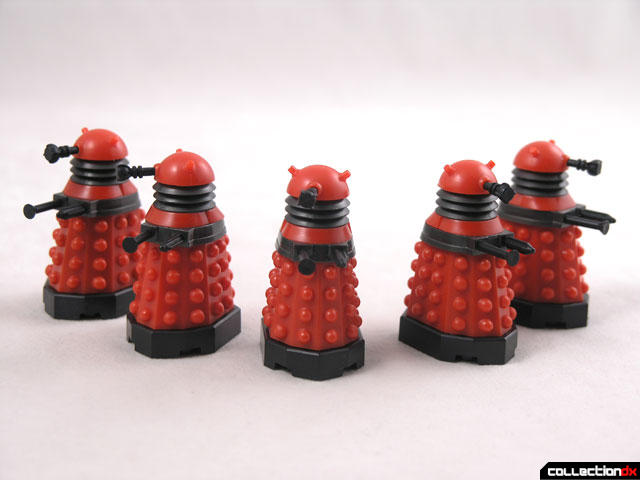 Character Building is a toy line by Character Options, the UK manufacturer of Doctor Who Toys. But they also do other toys and their Character Building (CB) line is actually larger than Doctor Who. They have construction vehicles and other "normal" sets. But we aren't interested in those.

I have to admit, I was a little put off by the idea of these, but they are actually really cool. The human characters are a bit goofy, but the enemies look great. The mini-figures are sold either in sets, blind bagged, or as part of larger building sets. 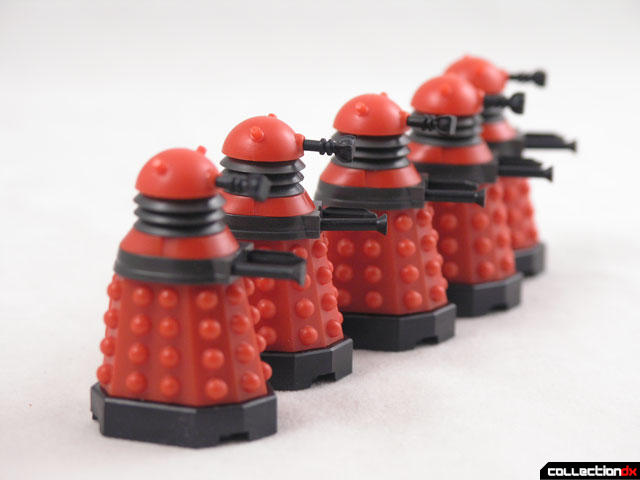 This Dalek Drone Army Builder pack features five identical Daleks. It's packaged in a nice window box and reasonably priced at about 10 pounds in the UK. Here, expect to pay about $20. 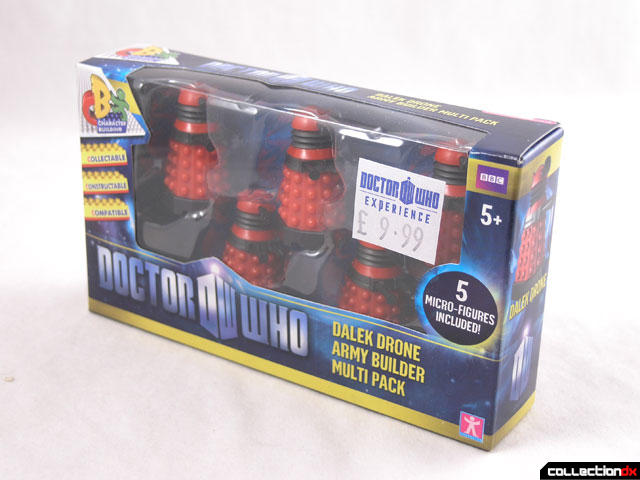 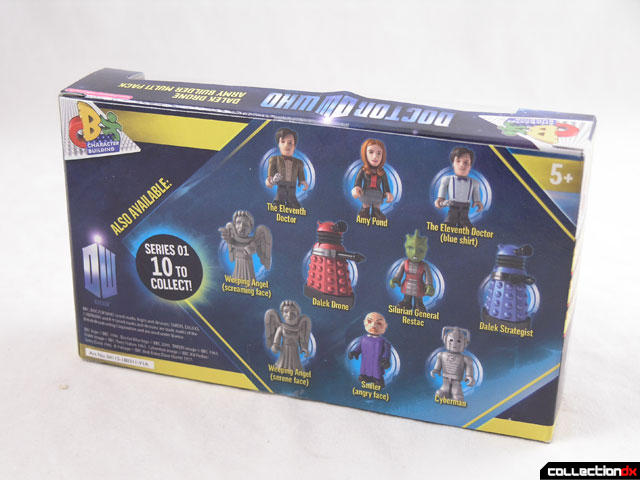 The Daleks are sharply detailed and molded in high-quality rigid plastic. While not quite Lego-quality, they are on par with recent Mega Blocks. 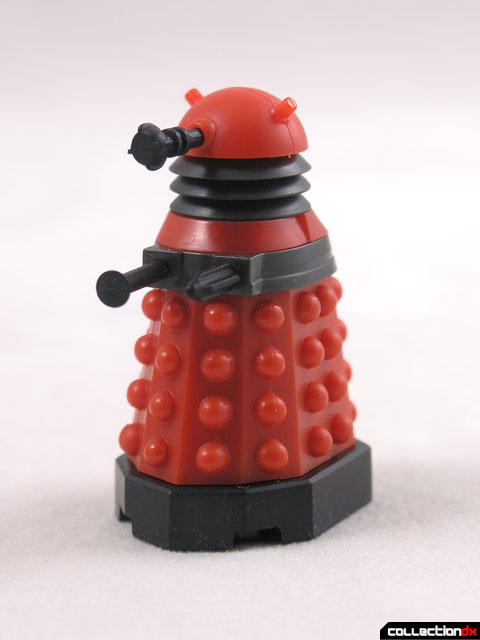 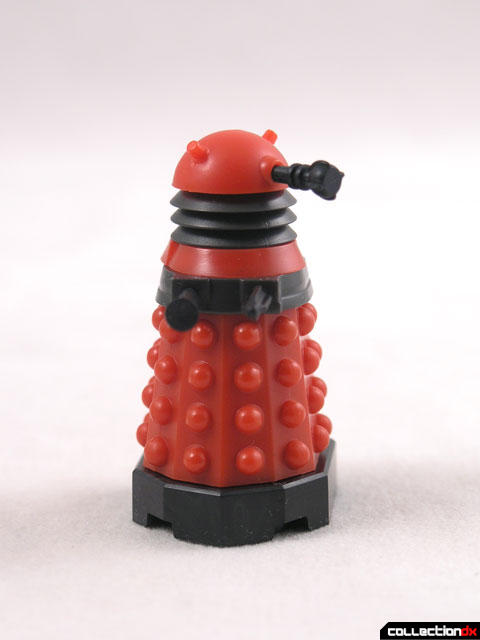 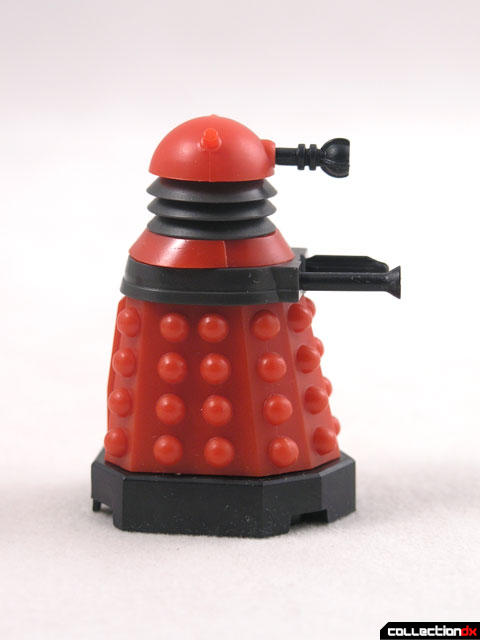 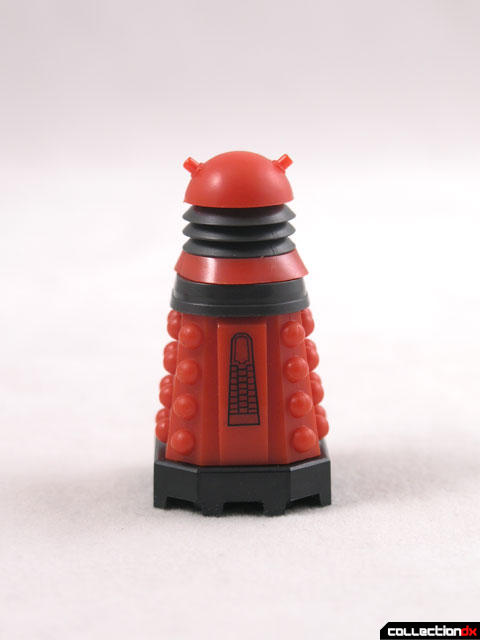 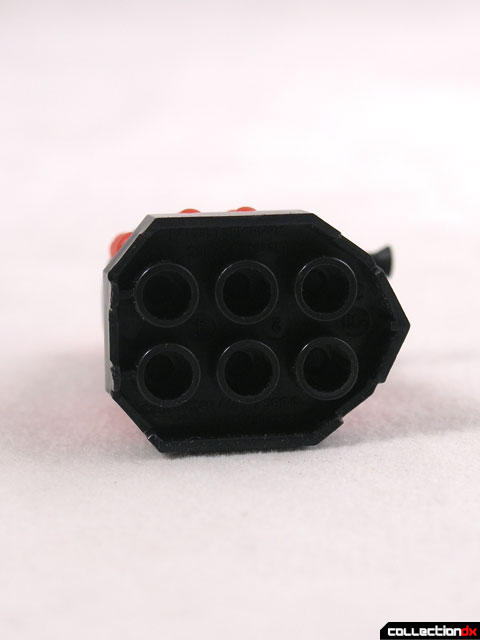 Each Dalek is made out of six individual parts. You can disassemble and reassemble in any way you like. 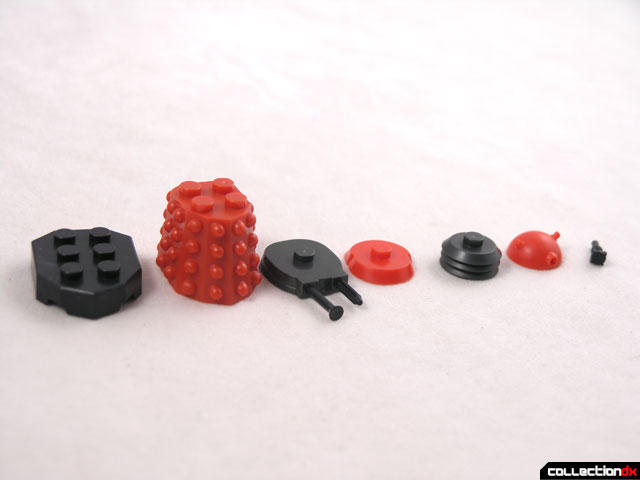 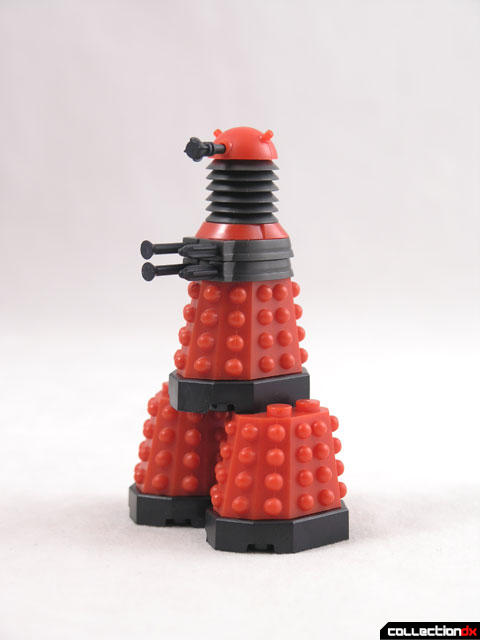 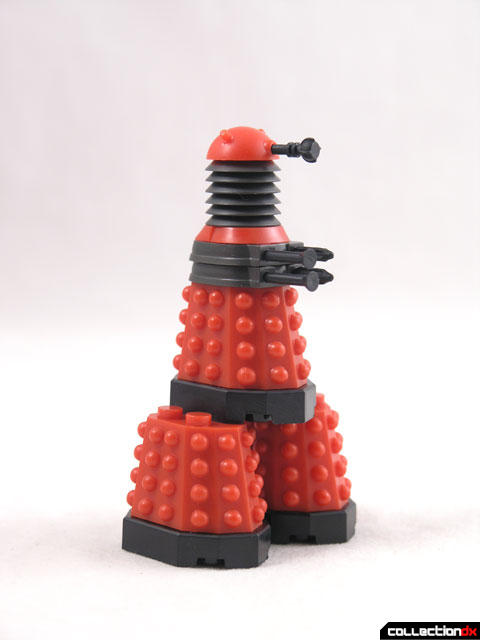 Did I have fun with this set? Yes I did. but now I need MORE. I need all different kinds of Daleks in this format.

Man, I know very little about Dr. Who and I still want this. I just love the look of those guys! The size and compatability with Legos only makes it better.