I was in Boston's Chinatown with my brothers a few weeks ago when I stumbled upon these off-brand Transformers. Why not call them "Third Party"? Well, Third Party seems to now apply to high-end, collector-focused toys. Bootlegs are just outright copies. So what are these then?

These are original creations made by a manufacturer who likely made bootlegs at one point. They probably learned their trade knocking off Transformers, and now have taken that knowledge and put it towards original, non-licensed products. It used to be that these products were crap, but now with the advancements in manufacturing technology they have gotten better and better.

Compact Excavator is one in a series of "Inter Change" robots. They are all construction themed, and they can be combined into various larger formations.

Of course, this line is heavily influenced by Transformers Constructicons. The packaging colors and fonts are direct rip-offs of recent Transformers lines. 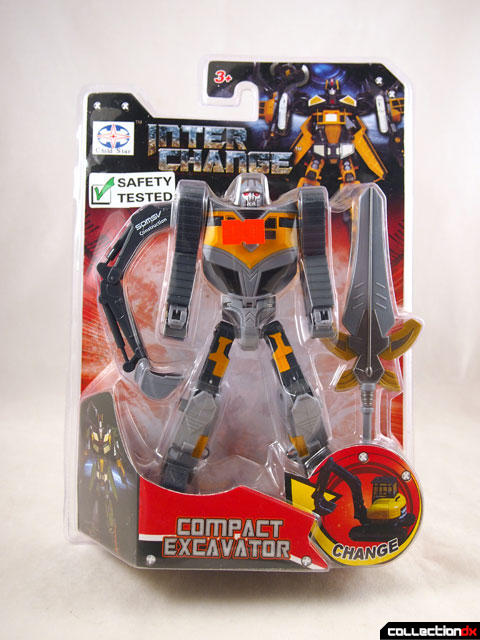 The manufacturer of this toy is a company called "Child Star", which I do not recommend you Google.

The packaging is a high-end clamshell design, the kind you need a pair of scissors to open. On the front, it proudly boasts that it's "Safety Tested" so you should be totally ok to give this toy to any kid. No worries about lead paint, toxic chemicals, or anything like that. None. Seriously. 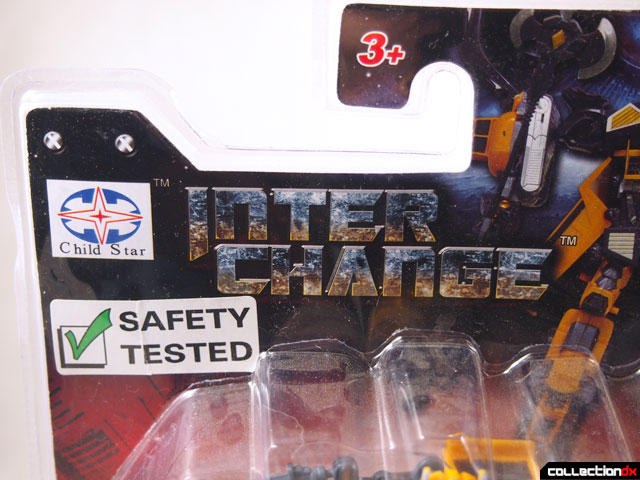 The back shows the different designs available, and some of the combinations you can make. 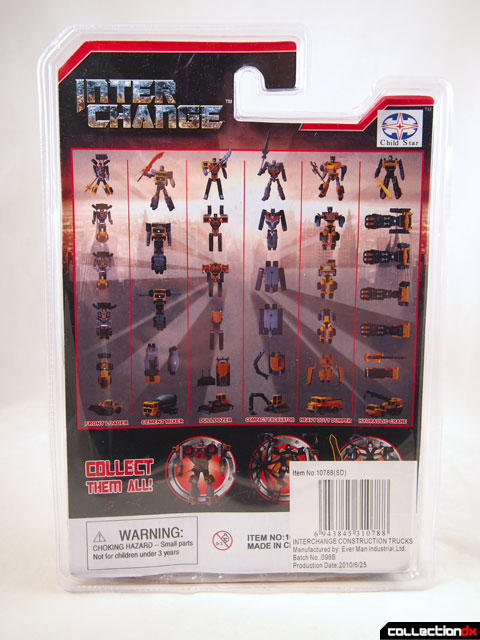 On the bottom are photos of construction vehicle toys, but not the toys from this line. 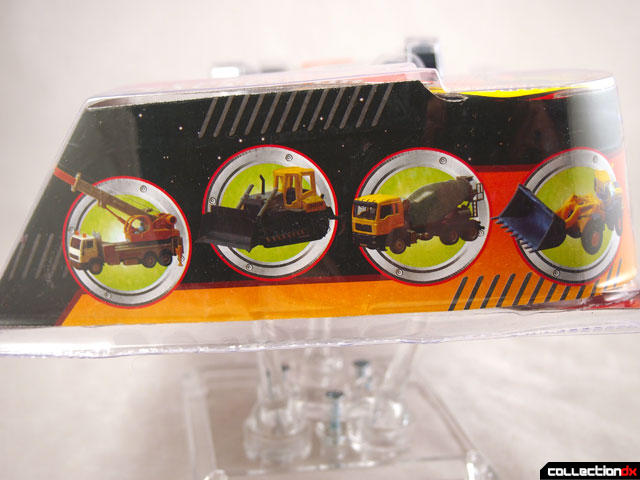 Lets start with vehicle mode. This thing is surprisingly nice. The plastic quality is good and the paint is good. It doesn't feel cheap at all. There are small wheels on the bottom of the treads, and the scoop and arm are fully articulated. 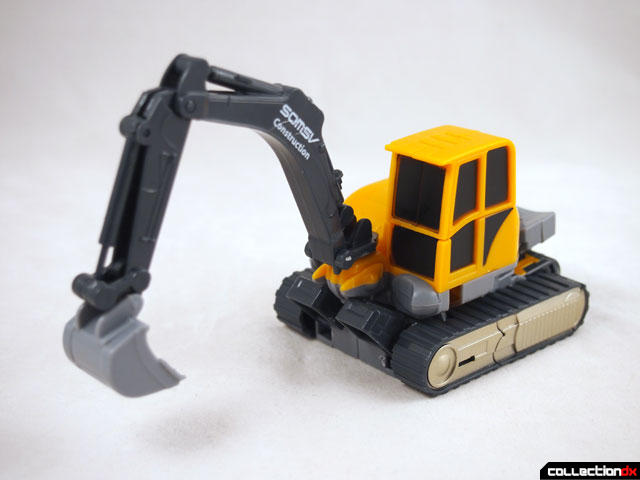 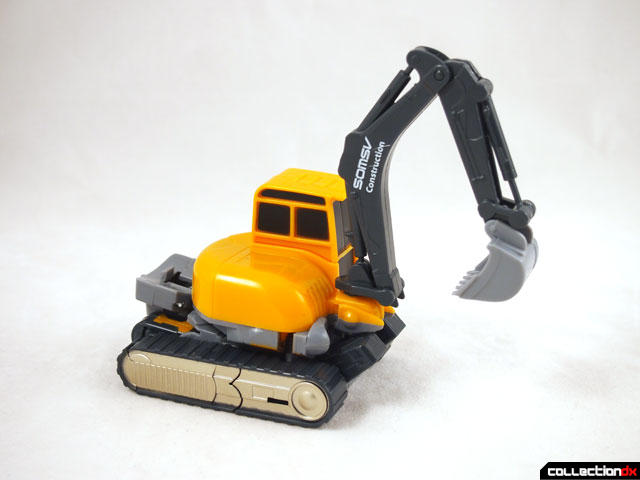 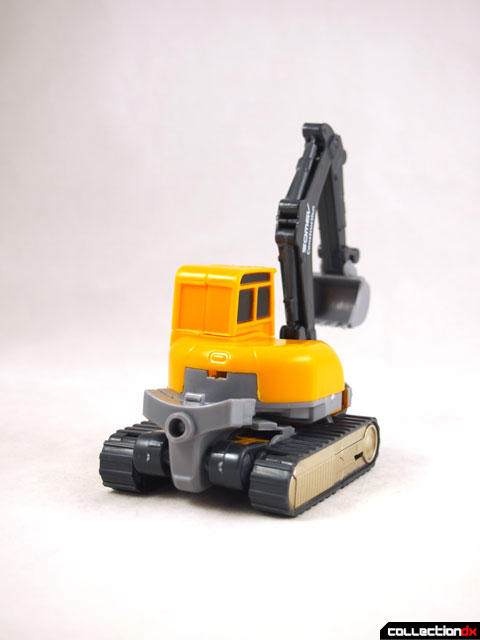 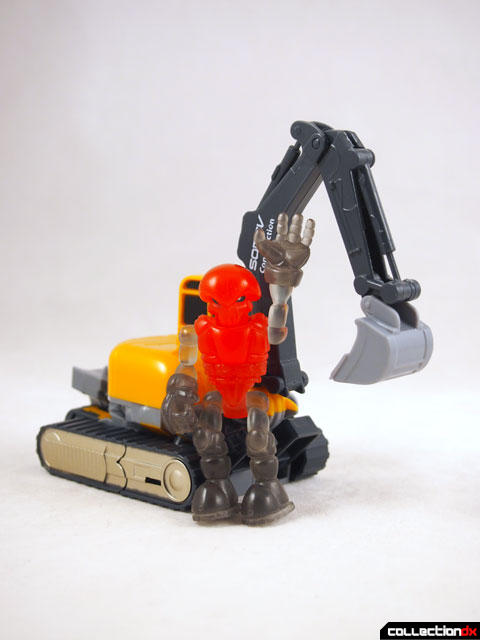 On the arm there is a company name tampo printed on called "Somsv Construction". It adds a touch of realism to the toy, but as far as I can tell the company does not exist. There are several construction toys with this logo on it, so my guess is it's a made up name to brand their products. 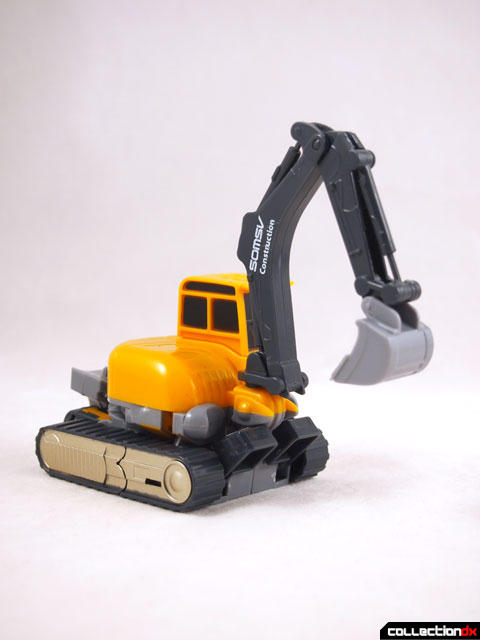 The toy really begins to shine in robot mode. VF5SS said that these pictures make the toy look better than it actually is, but I think it does them justice. There are several points of articulation, but due the design of the toy, it stands in only one. 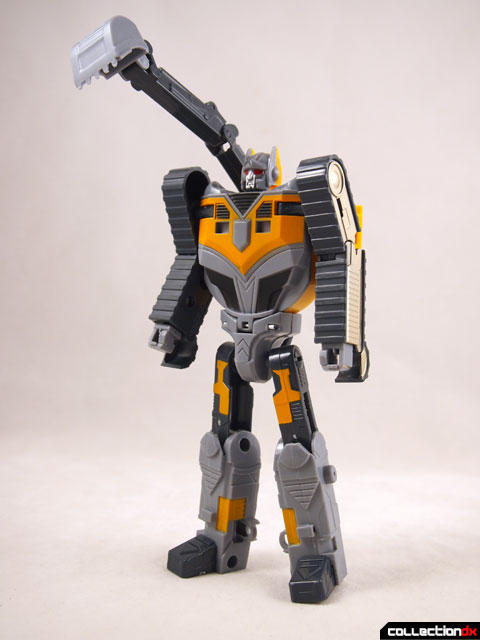 First off, the head does not move. The sculpt on the face is a little mushy. The scoop arm can be mounted on the back. 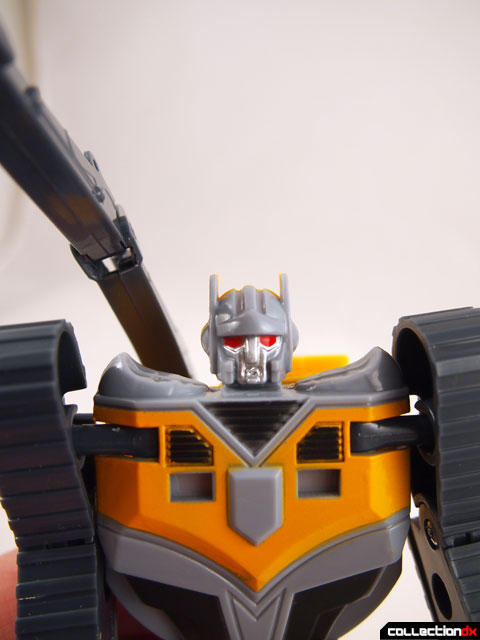 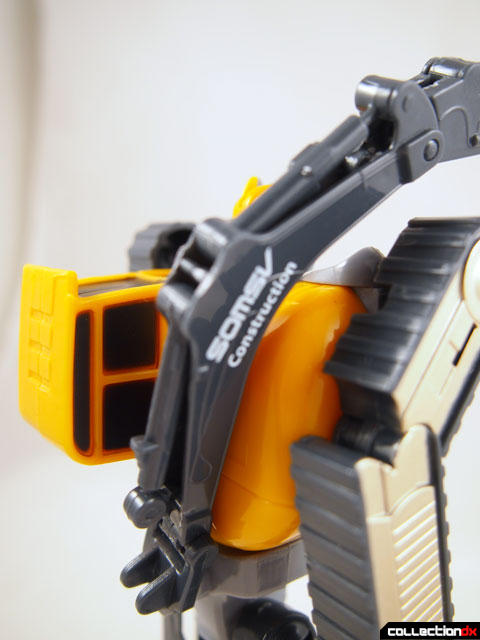 The shoulders are on ball joints that are too loose to hold the arms up. The elbows are nice, but could use a better range of motion. 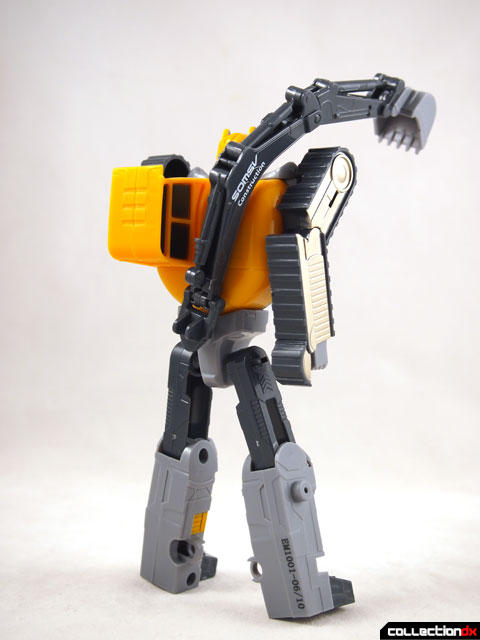 The hips are ball joints and the knees are sockets. 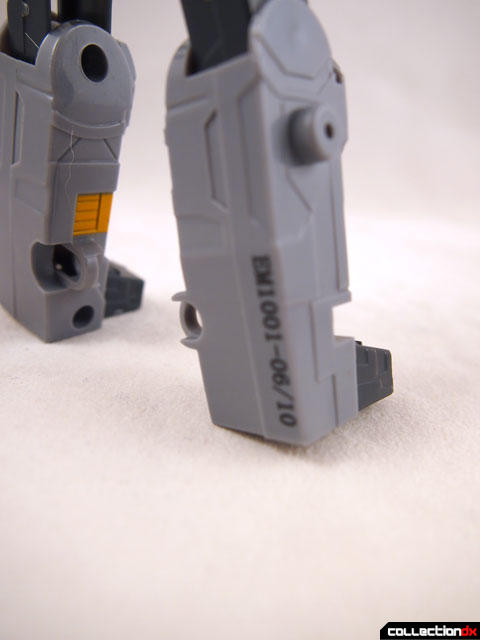 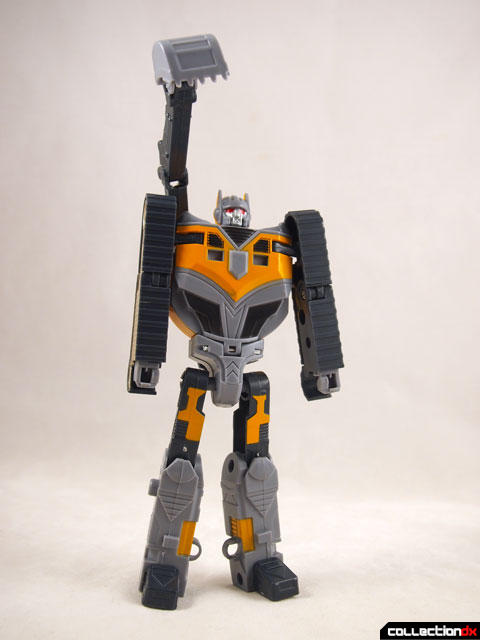 A large sword is included, but it's too heavy to hold upright. 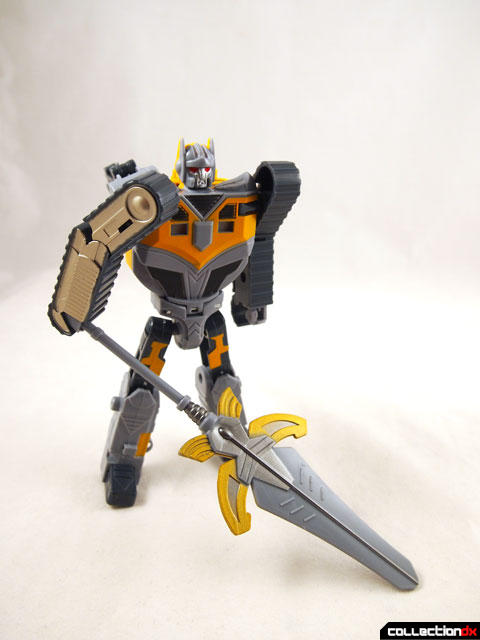 it's a neat piece, and I can imagine the fun when combined with the others. The hunt is on!

3 comments posted
Huh, that does look good for

Huh, that does look good for a non-brand name transformer. Aside from a non-articulate neck, the mushy face you spoke of, and the weak joints, it sounds and looks like something Hasbro could make.

He was really big at the party.

i have a set of this combiner and it is not bad for a display piece aside from some loose joints,stands about 13 inches tall.