Beelzebmon from "Digimon Tamers" is now part of Bandai's D-Arts lineup! He's about 13.5cm tall, highly posable, and comes with two pistols. Add this superbly articulated figure to your collection from HobbyLink Japan

The box and packaging are the typical window and plastic tray. 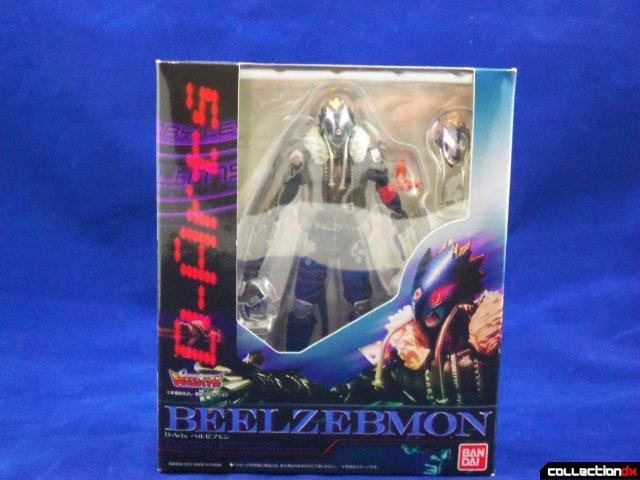 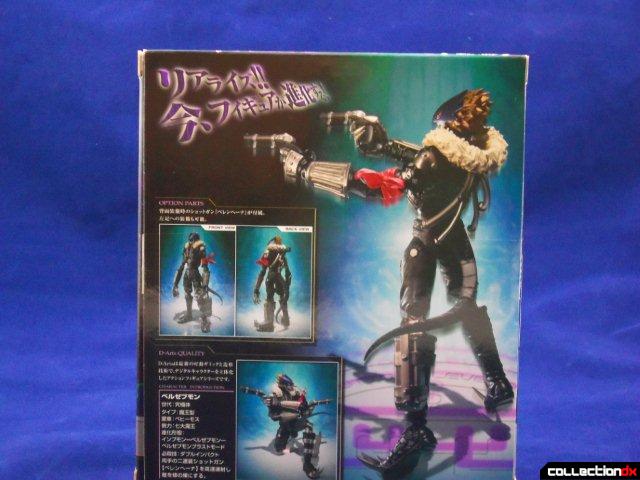 The figure comes with two heads, three sets of hands, and three shotguns. 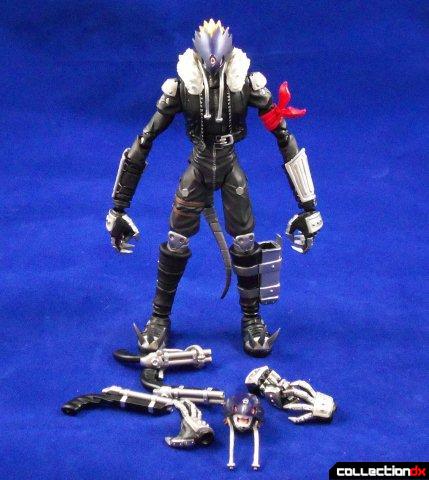 The hands and head pop on to ball joints. I get a little nervous since the ball sits upon a half-sized peg so it can tilt more. I also found that the hands and head that came on it popped off and on well, while all the accessories were hard to get on or even get the locked-in "pop" sound the primary ones had no problem recreating. 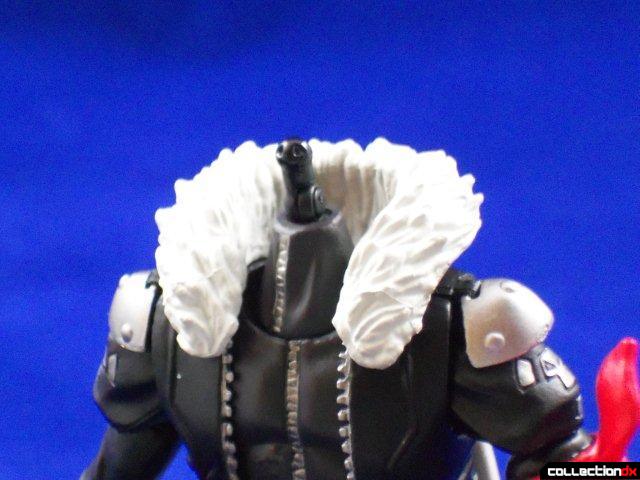 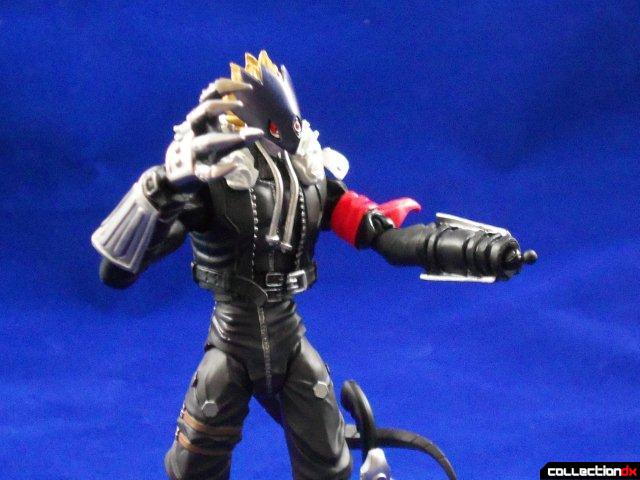 The posability is good, with joints everywhere. 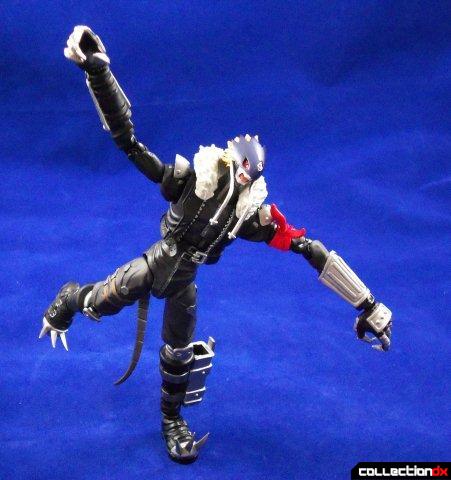 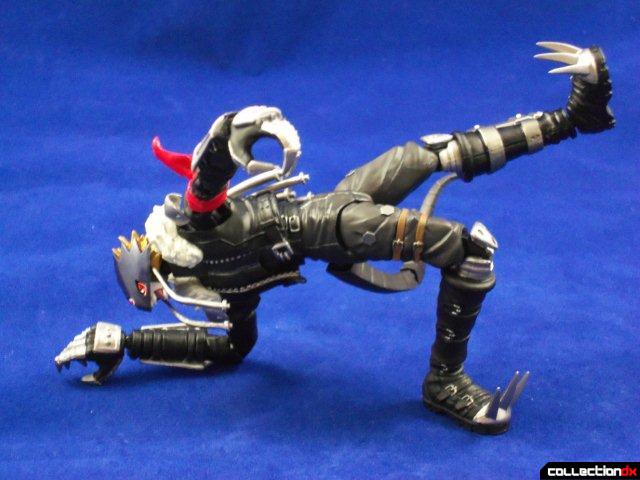 Beelzebmon can store a shotgun in the leg holster and still have one for each hand. 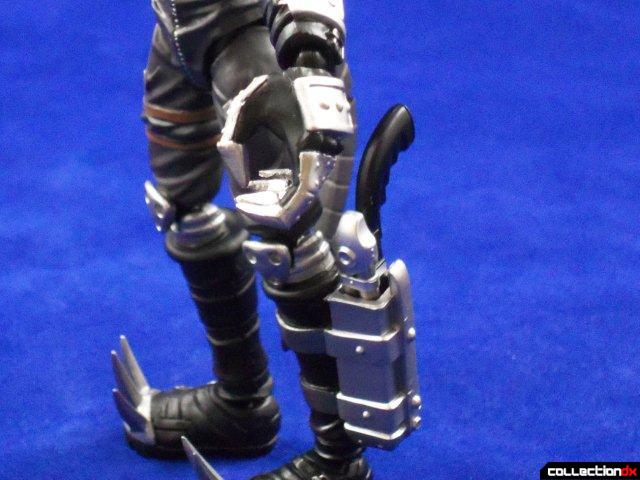 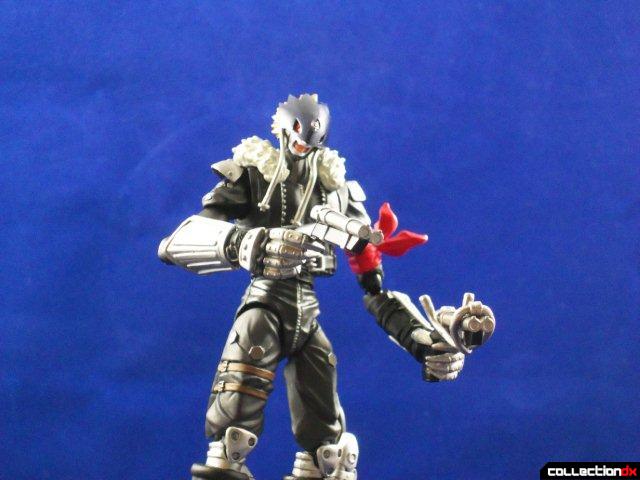 The back of figure has swivel-able pipe looking pegs (never watched the show, no idea what they are...) 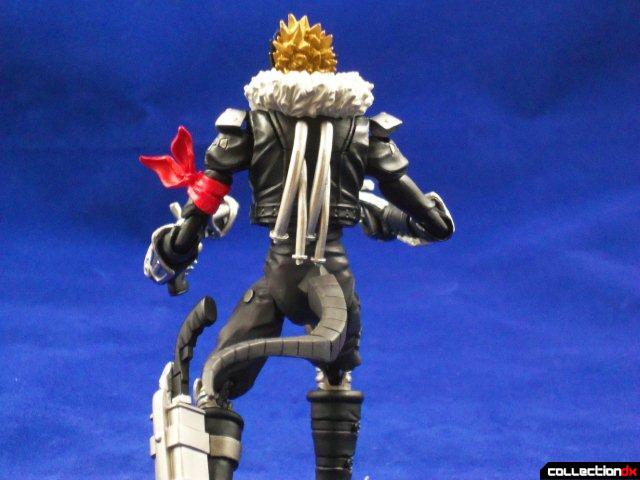 He also has a Predator type look. I guess with the name of "tamer" he could "hunt" or something, and with the posable tail... go Digimon "Predator"? 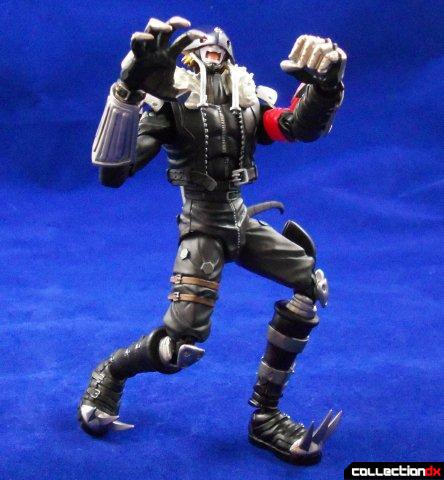 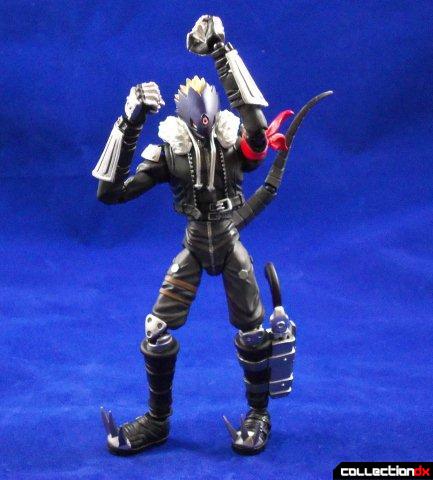 Overall the figure seems nice for fans of the show. I did not like the thin pipes attached to the head (looked weird when tilted/turned), but they probably go with the show. 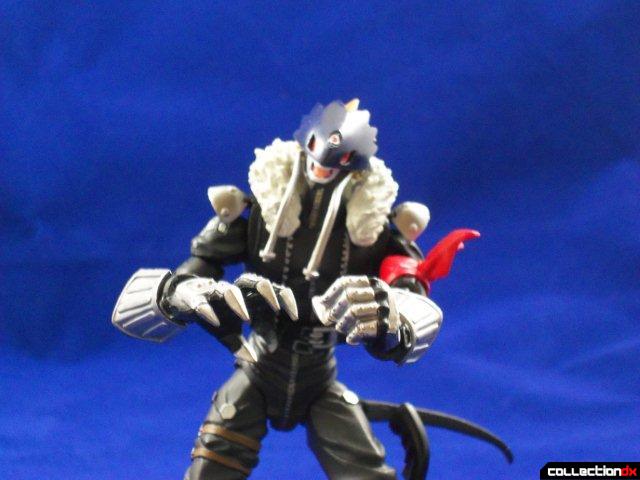 Get yours at HobbyLink Japan or he may come to get you! 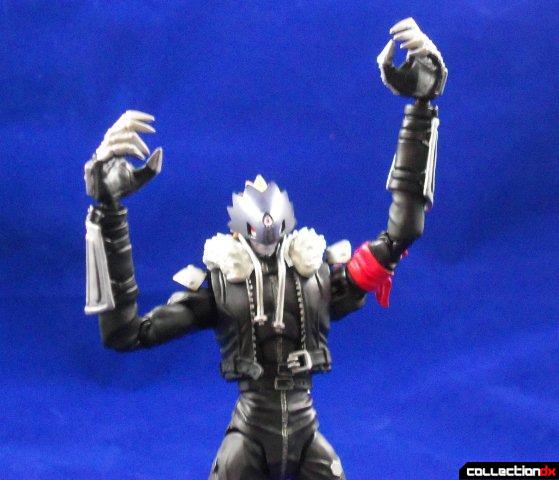 Have a Happy Holiday