In the first episode of Season 6 of Doctor Who, the Doctor, Amy, Rory, and River Song all get invitations to meet at Lake Silencio in the desert. There, the Doctor meets, and is killed by, someone in a Astronaut spacesuit. 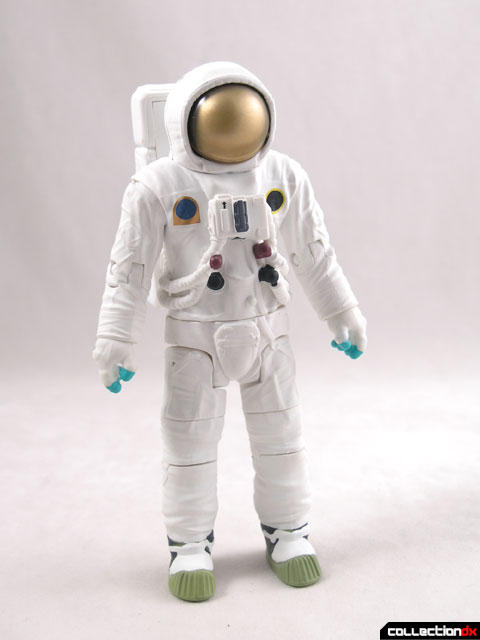 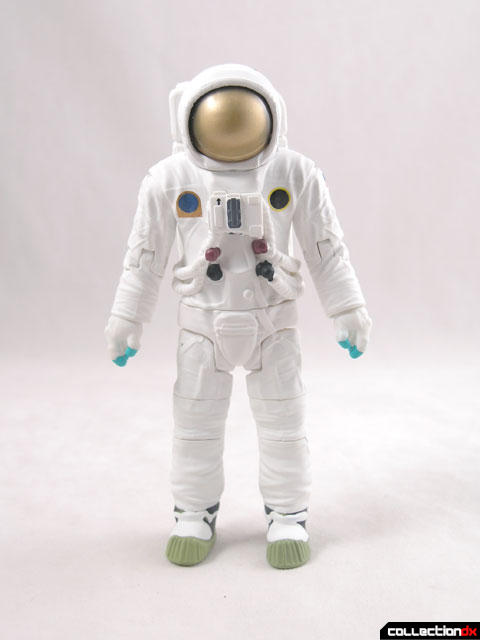 Come to find out it was a Doctor from the future, and now Amy, Rory, and River must travel with the current Doctor back in time to find out the mysterious origin of the Spaceman and prevent it from killing the Doctor in the future.

To make things more confusing, Richard Nixon is getting calls in the presidential office from a scared child, and the mysterious alien race known as the Silence are on the loose. While tracking down the child, the Doctor and Amy encounter the astronaut again (well, it’s the past – 1969 really).

SPOILERS WITHIN. (highlight text with your mouse to read)

Amy instinctively fires at the spacesuit, hoping to prevent the Doctor from ever being killed in the future. When the visor comes up, it reveals the scared little girl inside.

That little girl we now know as Rory and Amy’s child – Melody Pond. After she is shot she is seen wandering the streets, where she regenerates! Eventually this woman would become River Song, who would be the adult in that Spacesuit many years later at Lake Silencio. 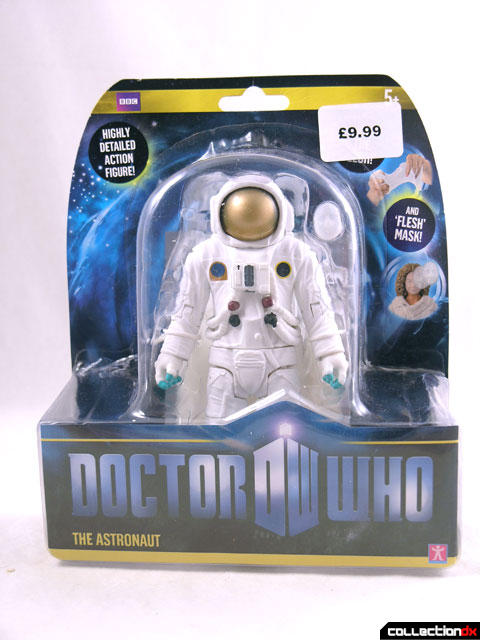 The toy is packaged in an attractive blister pack with a generic back. I wish Character Options would put character bios on the back of these to give some back story about each character. 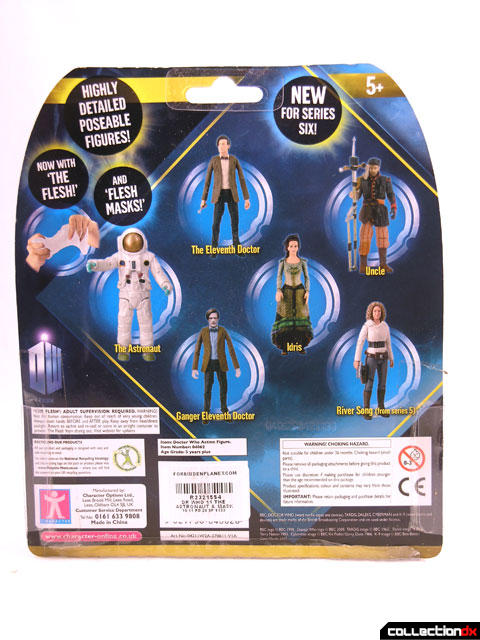 Inside, the package contains one figure, one “flesh” mask and one bag of “goo”. Each figure in this series will come with the mask and bag of goo as a bonus item.

The figure has a great amount of articulation for something that is almost never seen moving. Shoulders, elbows, wrists, waist, hips, knees, and feet all move. 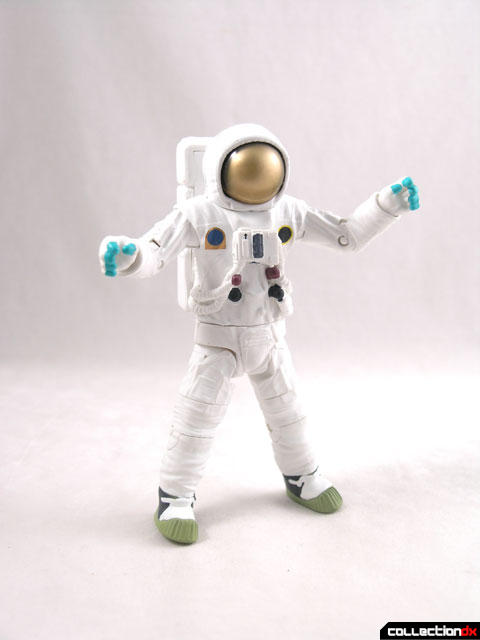 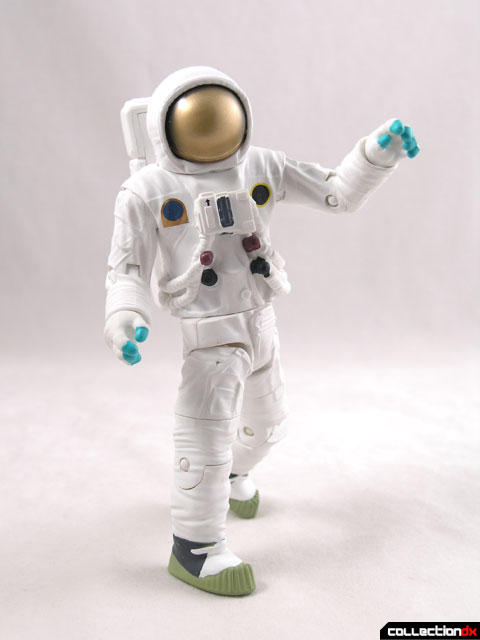 The sculpt is soft and imprecise, which is unusual for Character Options. Typically their sculpts are very detailed and lifelike. Paint is just sort of plopped on where needed, and a few US flag patches are printed on.
The only real gimmick is the opening helmet, which reveals the face of a little girl. Want to know what that’s all about? Read the spoilers above. 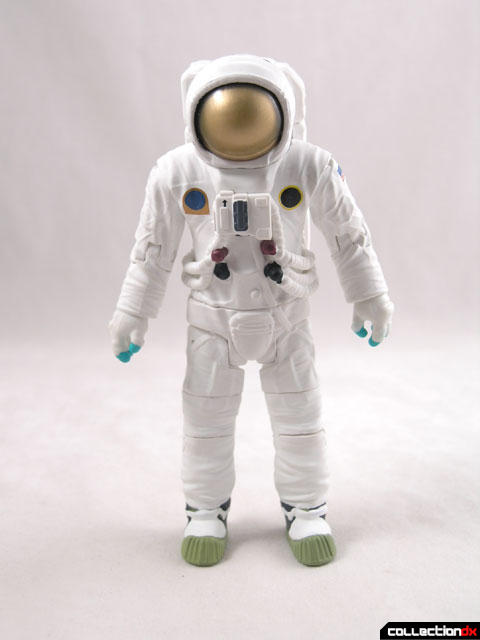 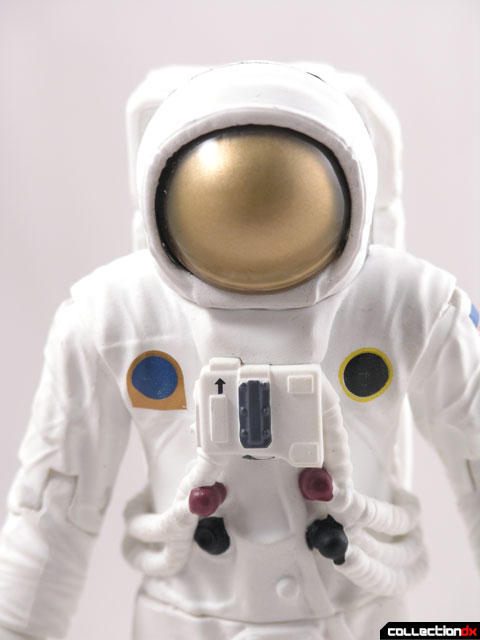 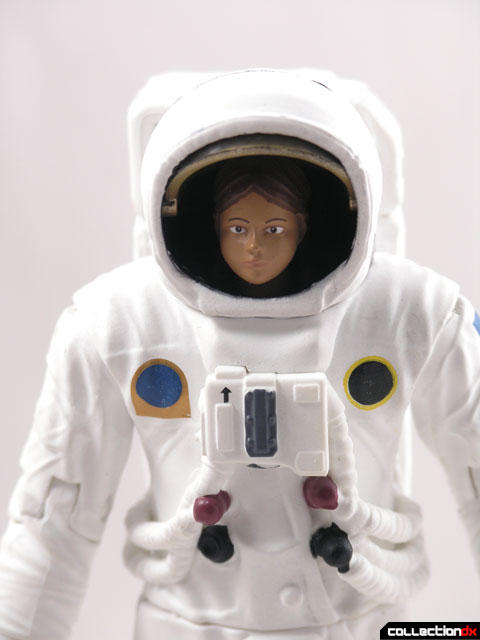 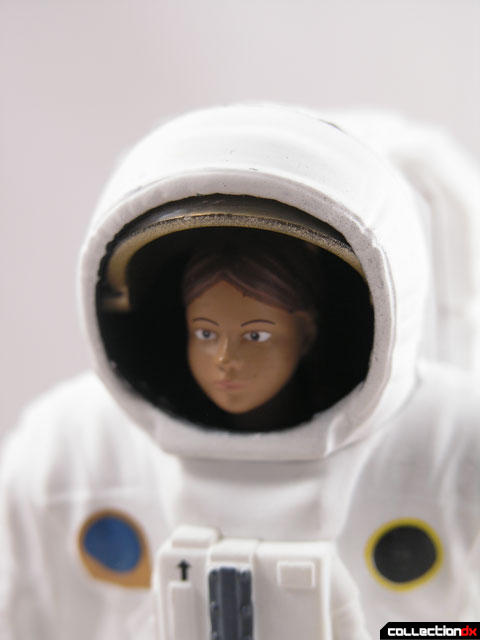 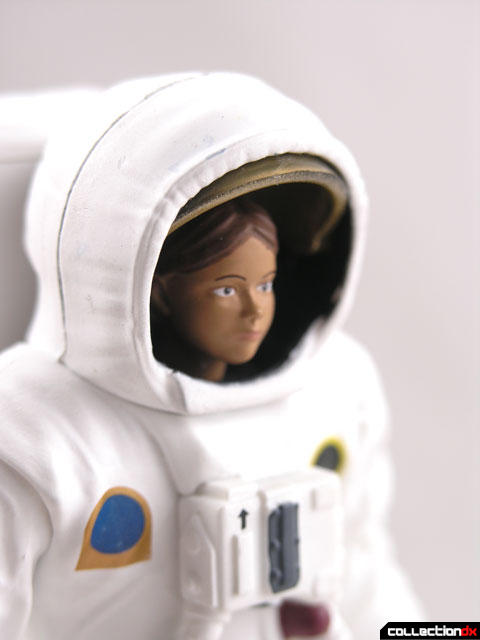 Basically, this is a toy made for fans of Doctor Who. It’s not a great action figure, although it seems sturdy enough to give to any child. It has weight to it, which is nice, but outside of the Who mythology it’s just a sub-par action figure. 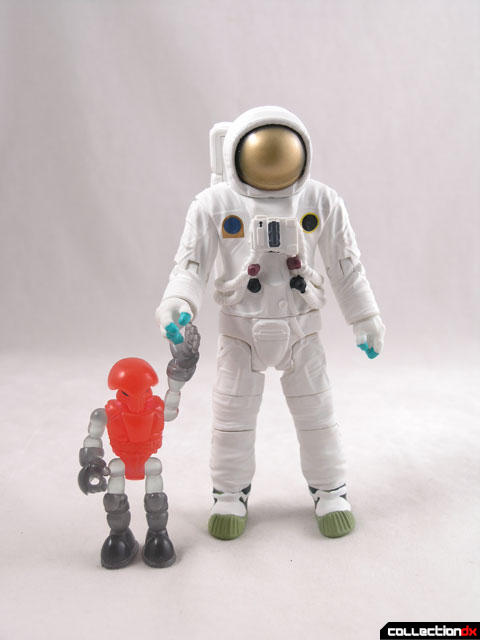 The included “Flesh” accessory and goo comes from the episode “The Rebel Flesh” where the Doctor encounters a synthetic flesh used to make human copies called “Gangers”. The mask won’t fit on the figure, and honestly, the Goo looks disgusting. 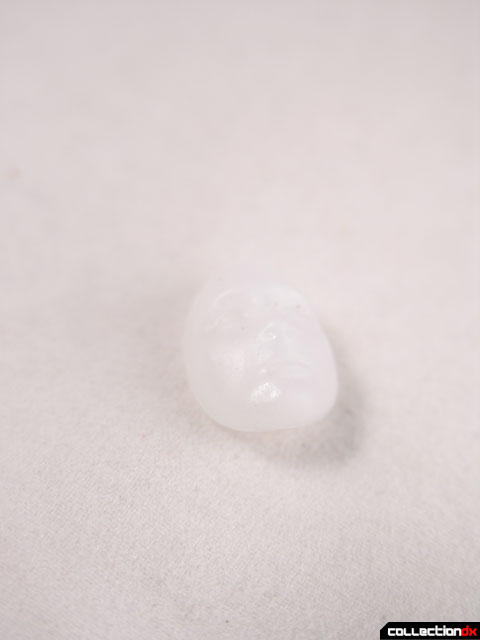 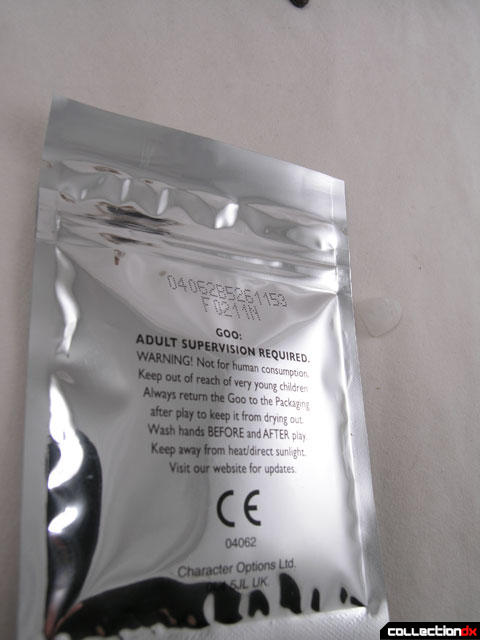 I think Josh should do a video review of the Goo.