In 1987, Disney partnered with Lucasfilm to create the first ride at Disney based on a non-Disney film. This film was of course Star Wars, and the ride was Star Tours.

In 2004, Disney acquired the Muppets. Once this deal was secured, the seeds of an unholy creation was born.

Now I love the Muppets, and I LOVE Star Wars, but I had never really considered buying these crossover sets. That is until I saw them at clearance in the Tattoine Trader gift shop outside of the Star Tours ride in Orlando.

This particular three-pack cost me a whole 8 bucks, and it was worth every penny.

The figures come in a blister pack which looks like the Kenner Star Wars figures. 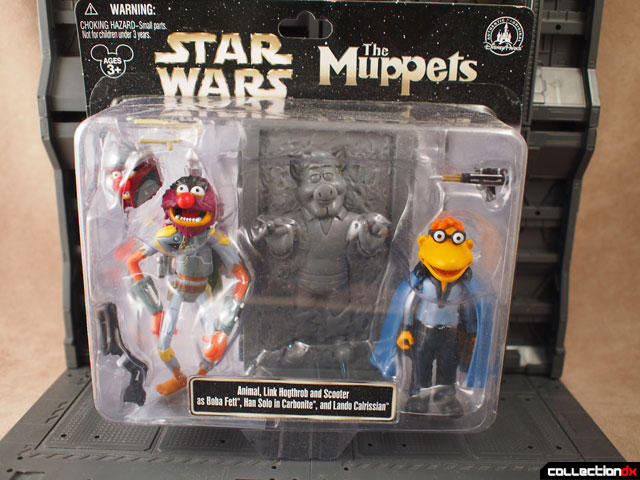 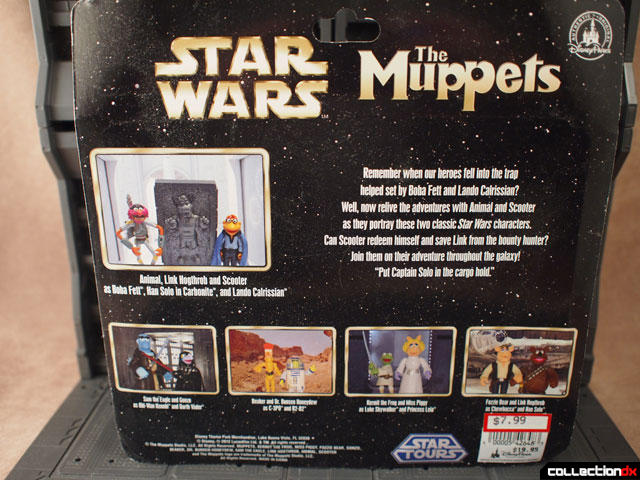 Scooter makes sense as Lando somehow... and the outfit fits him. He comes with a removable cloak and blaster, and is actually articulated at the neck, shoulders, elbows and wrists. I was a bit disappointed in the lack of leg articulation. In fact, the whole line has questionable choices in jointwork and materials, but we'll talk about that as we come across it. 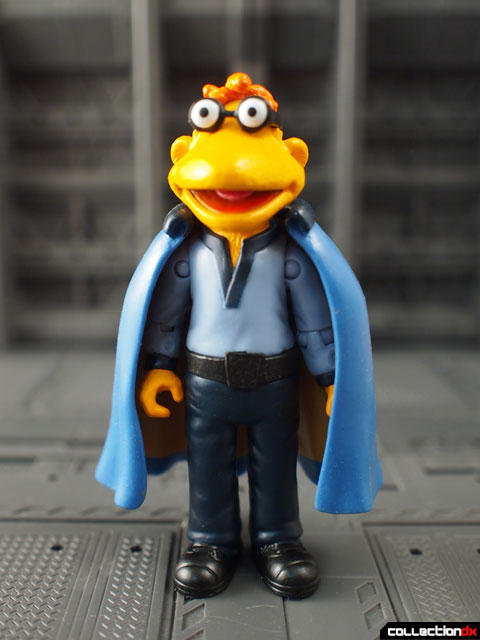 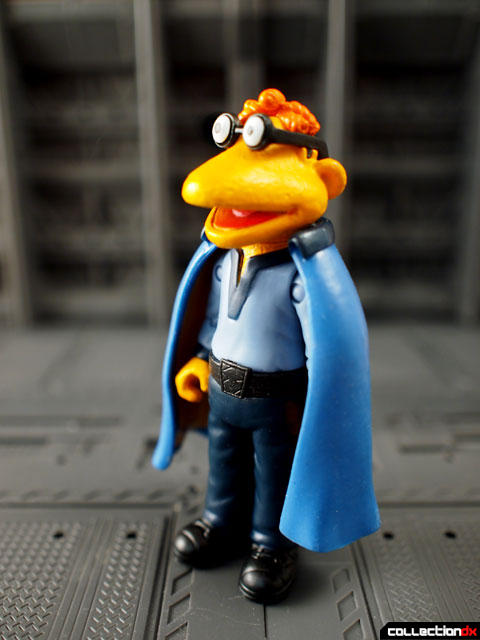 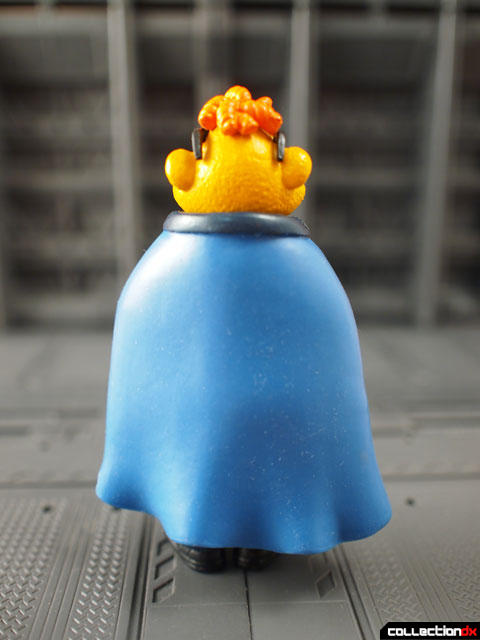 The figures are actually of a softer plastic than what you would find on the proper Kenner Star Wars figures. 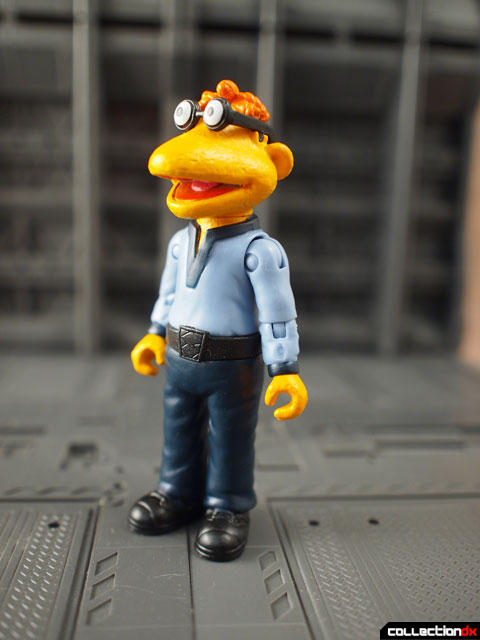 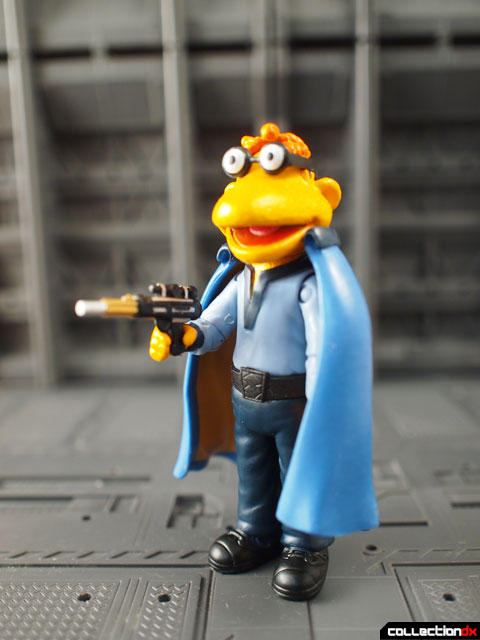 Animal as Boba Fett is a good choice, but the figure is not great. Due to the spindly legs, Animal needs a stand to support himself. 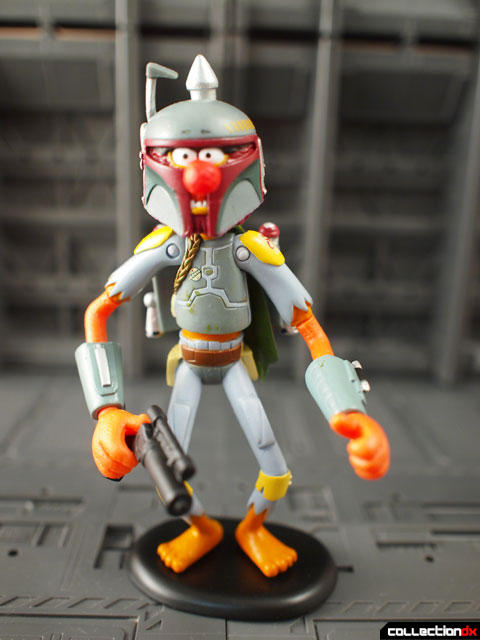 He comes with his blaster and removable backpack. All of the hallmarks of Boba Fett's costume are there. 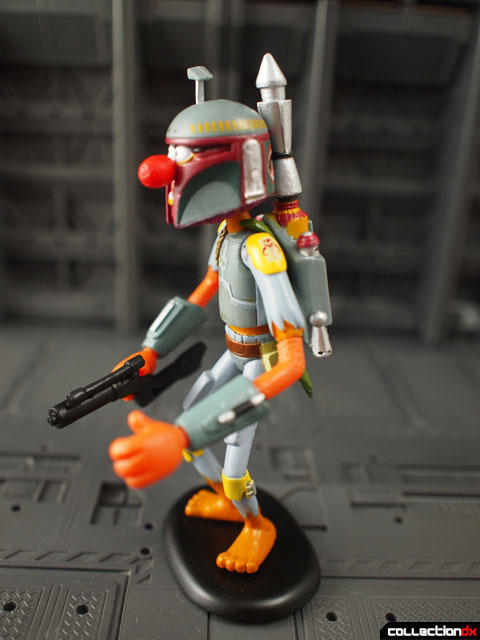 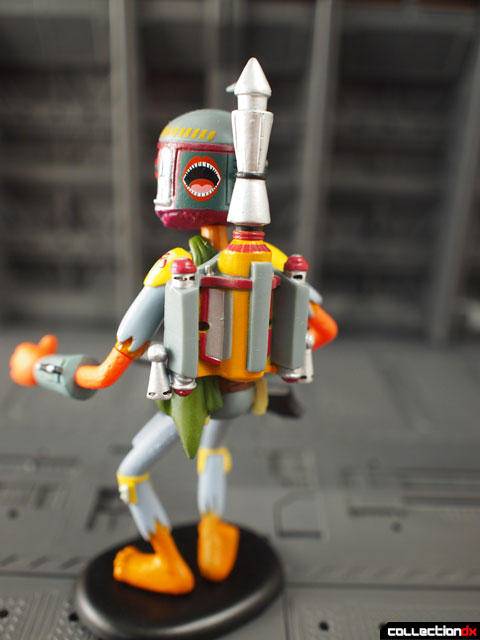 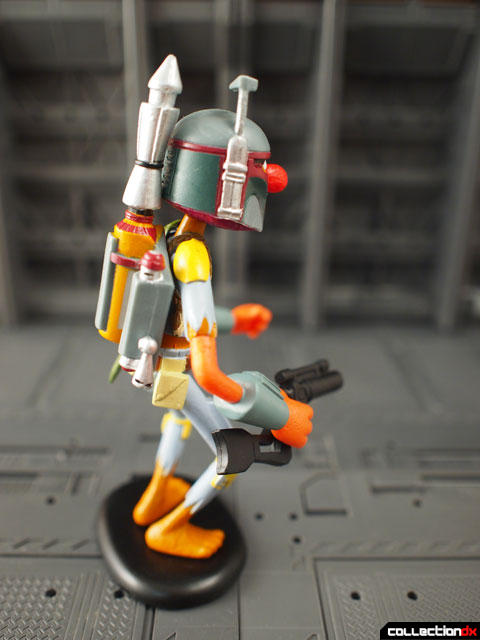 Articulation is at the head, shoulders, elbows, wrists and waist. 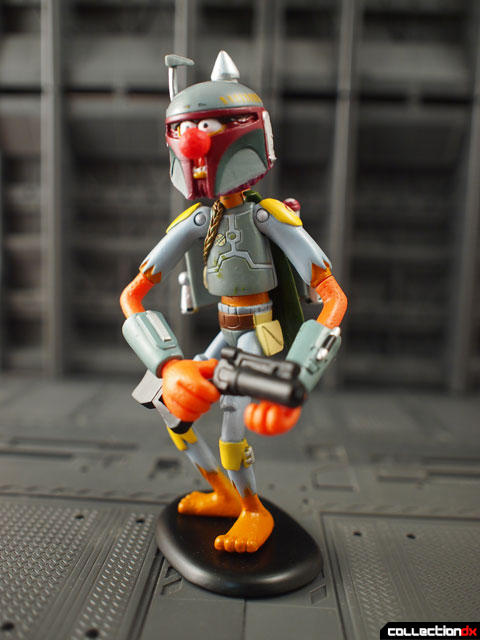 Also included is a non-helmeted head. 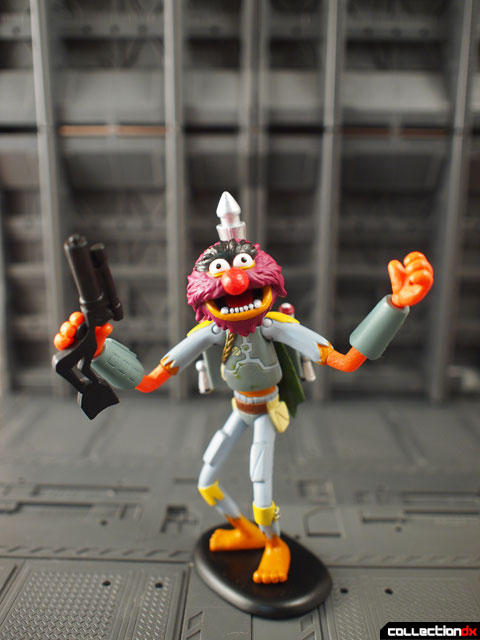 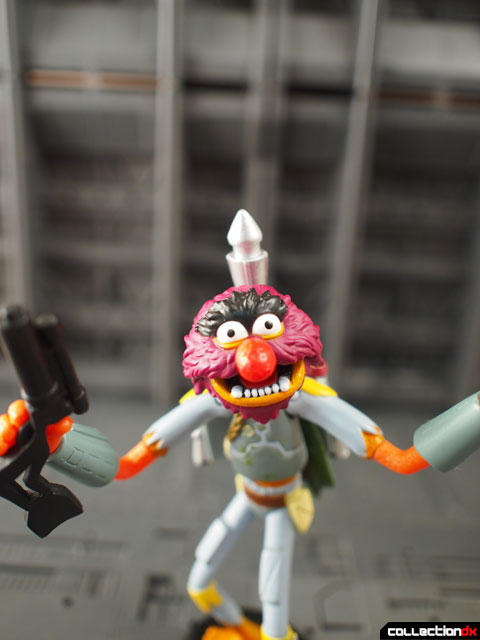 When not out hunting bounty, ANIMAL LIKE DRUM! (Two tiny drumsticks are included) 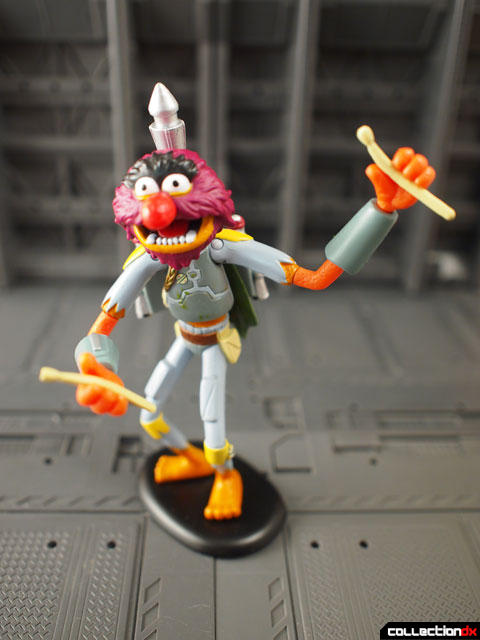 Finally, we have Link Hogthrob, who I remember most fondly from the "Pigs in Space" skits from the Muppet Show. Here he's frozen in a block of carbonite just like Han Solo was. 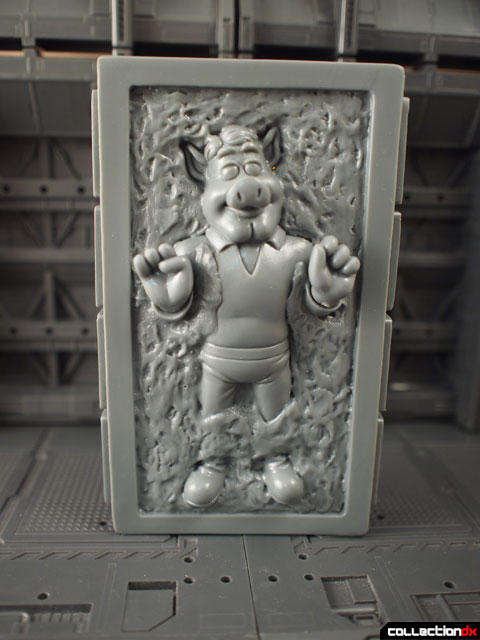 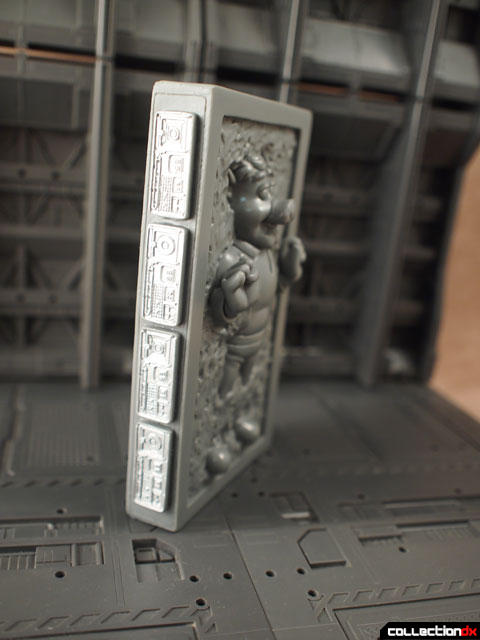 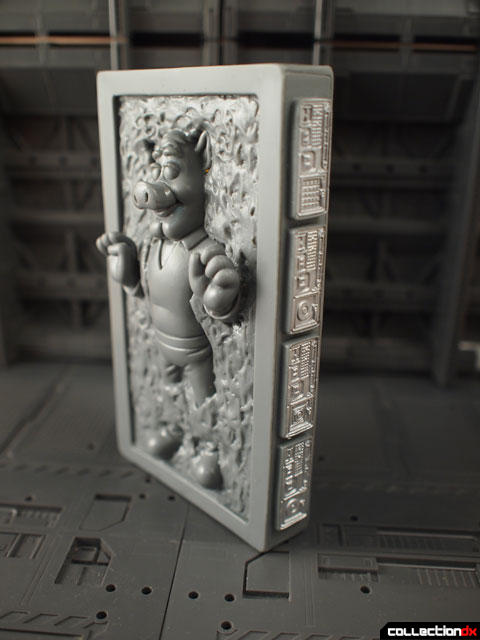 Together, all three reenact the scene from Empire when Boba Fett leaves with the frozen Han Solo. But with Muppets. 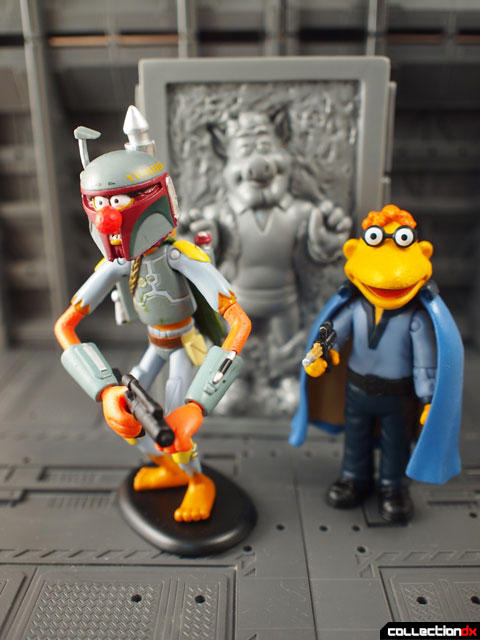 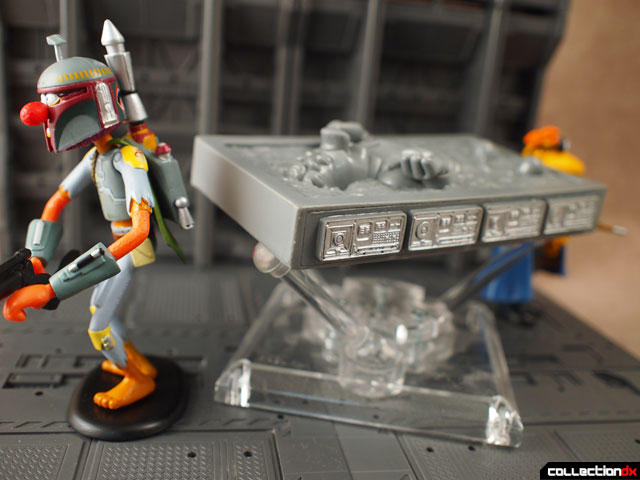 Overall, a fun novelty set, but don't expect the same materials or build quality as a Kenner / Hasbro figure.

i was excited when I first saw this, but then I quickly realized this wasn't manufactured by Palisades Toys. Not bad at all for clearance, but this makes me wonder what would be if Palisades hadn't gone out of business.

Very cool and $8 is a steal! As you know, my girlfriend has been in the market for these and just scored the Dr. Bunsen Honeydew and Beaker as R2D2 and C-3PO on eBay today. We picked up the Rizzo as Yoda at the Southcoast Toy and Comic show a couple weeks back too.