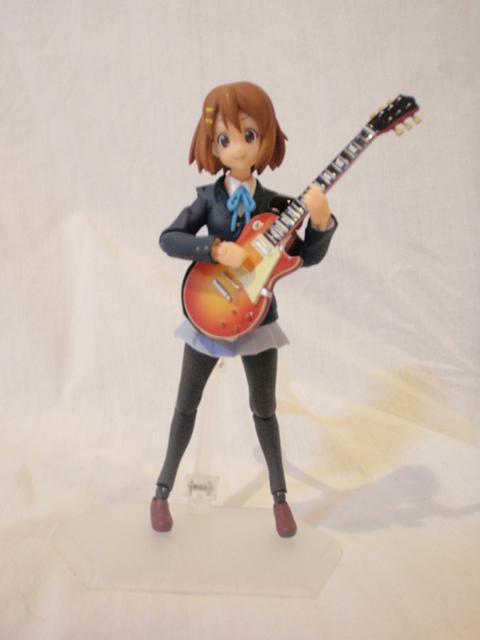 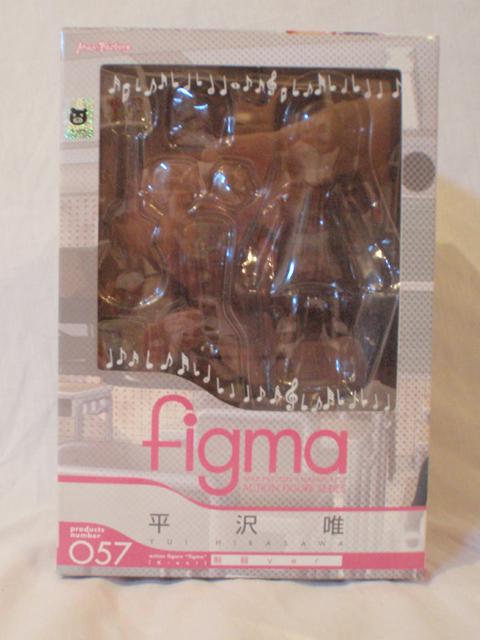 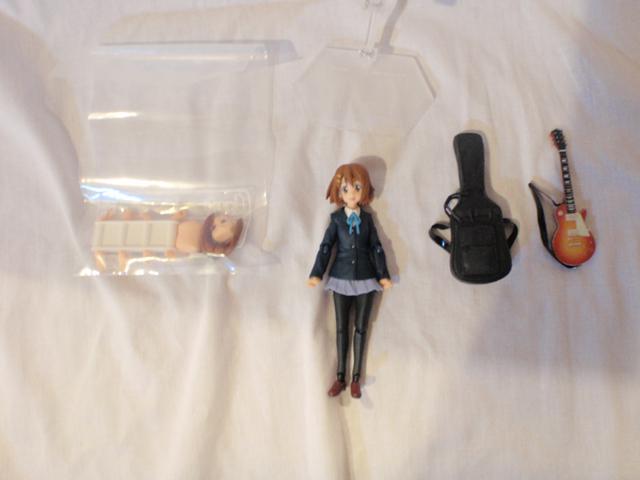 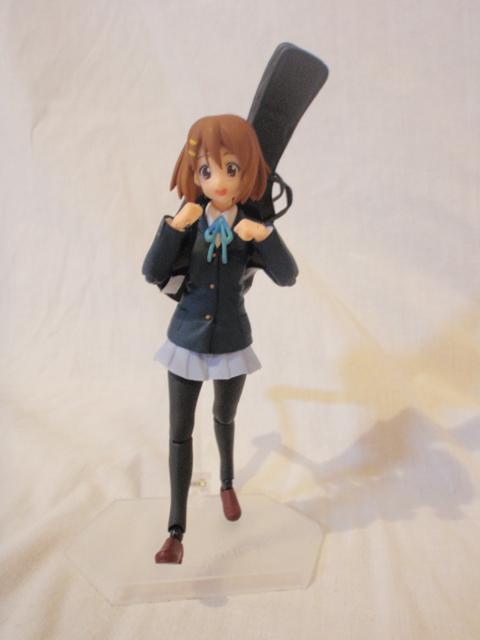 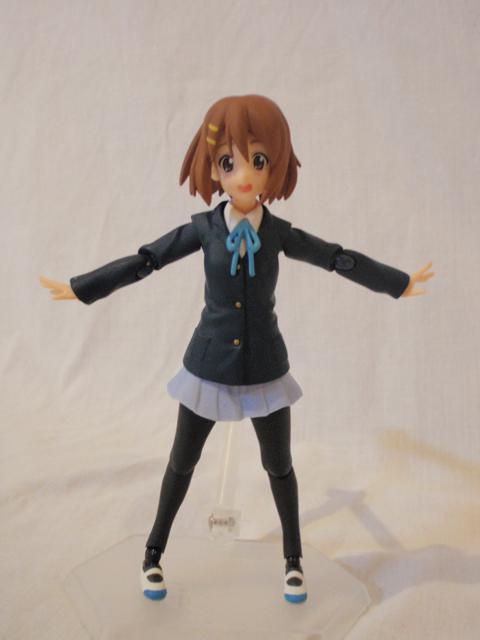 Yui Hirasawa here is the air headed but lovable electric guitar player (she named her guitar ‘Gitah’). It has articulation in all major parts and can pull off almost any pose you can think of. Unlike the previous Lucky Star Figma, the hands on the K-On Figma are easy to change as they’re just a regular long peg and not a ball-jointed peg. 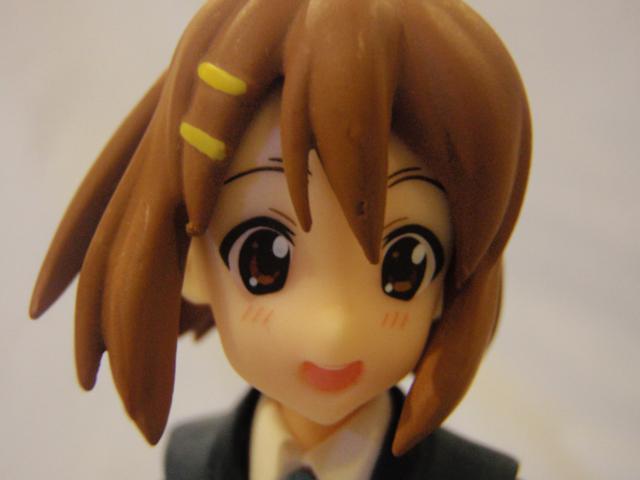 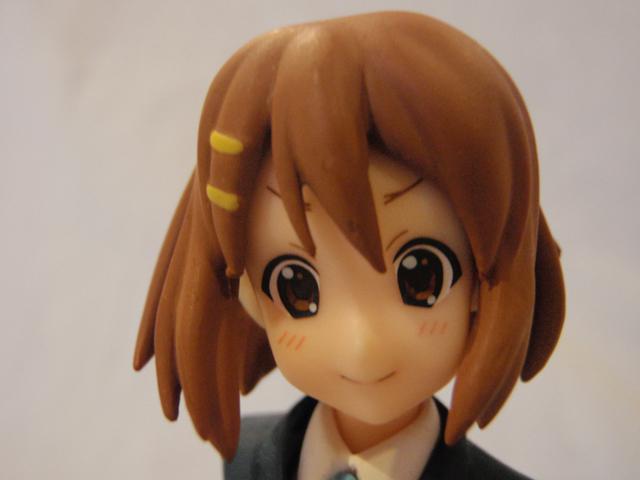 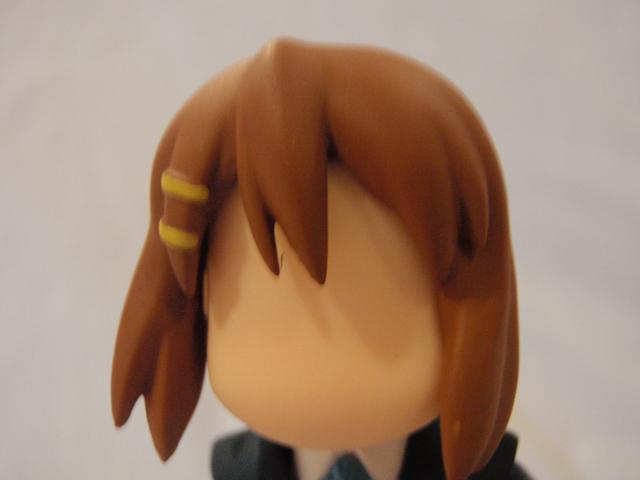 Head changing is easy. Yui comes with a happy face, a determined face, and a blank blobby face (with its own set of bangs for it to fit on the face) that you can use water slide decals that the figure comes with (I couldn’t find mine for this review, but it’s not like I’ll use them anyway). Actually, that’s my only complaint about the figure. I would have preferred if instead of that third blank face, it would have included a third face like the others (maybe of her sleeping like the limited edition Nodoka one comes with for Yui). Still, that’s a minor quibble. 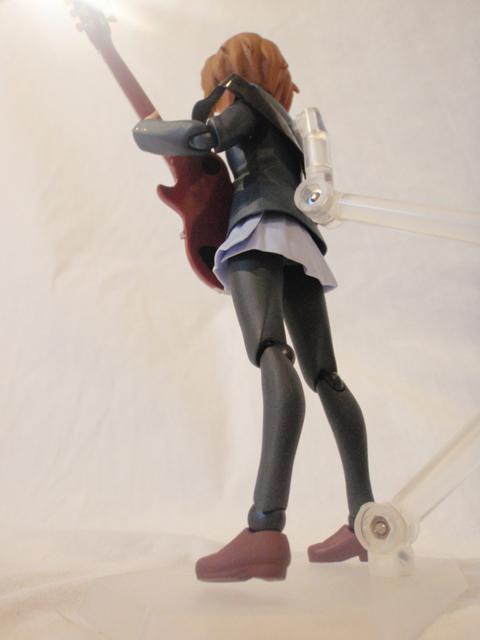 Putting the guitar (a Gibson Les Paul) in and out of the included bag (a nice touch) and on Yui herself is no problem. Putting her on the included stand is easy too. Each K-On Figma comes with regular shoes and indoor Japanese school shoes. 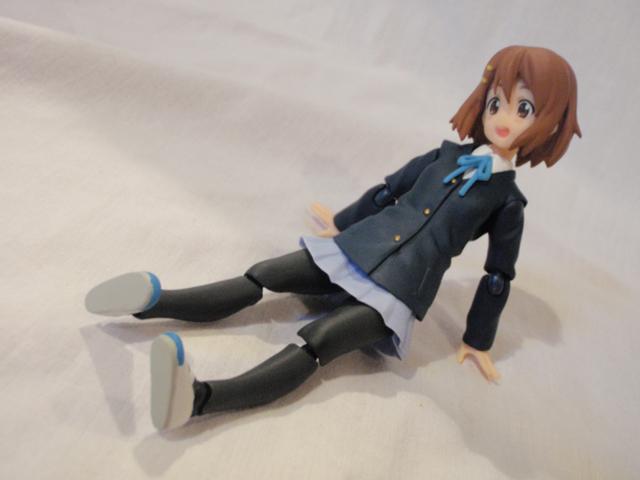 I really enjoy this Figma overall. It’s one of the best. If you want to start off with a Figma, this is a great start.