The Vincent comes from the second season of the Code Geass anime from 2008. The toy was recently released in the Robot Spirits line in August of 2010.

The packaging is the standard for the Robot Spirits line. 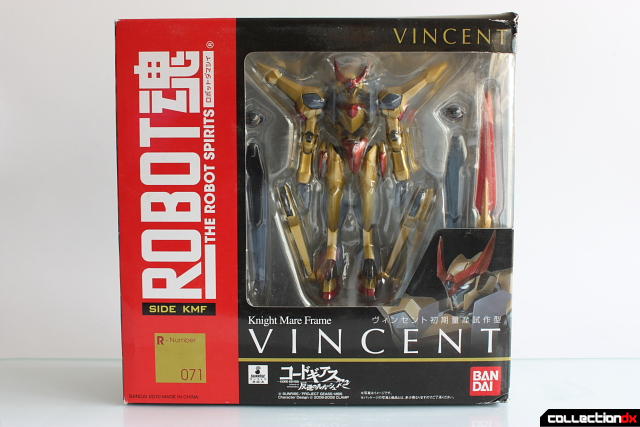 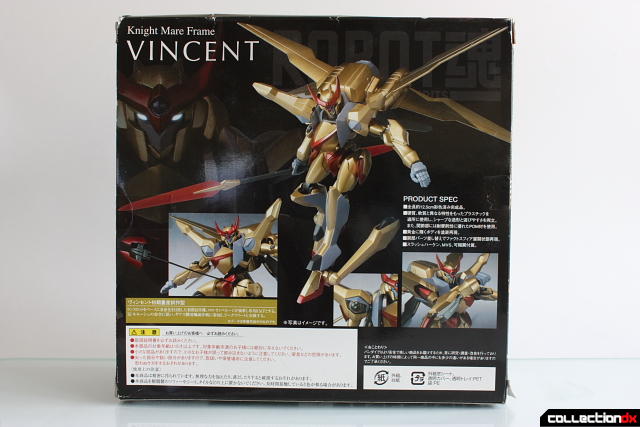 The Vincent includes a lot of accessories and extra hands. 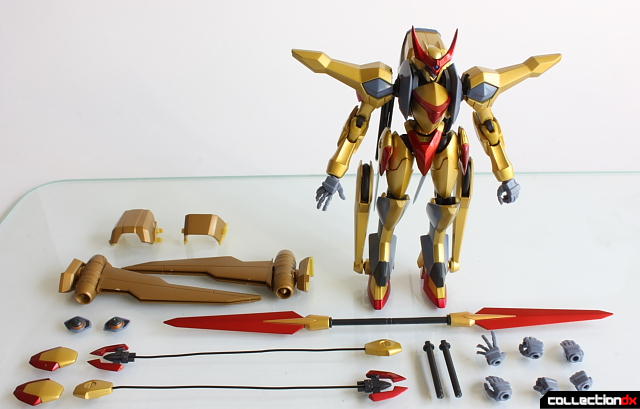 Out of the box the blades need to be attached to the back of the figure. The figure feels good and the fit and finish is very good. The gold paint looks great, and so does the red. All the joints are very tight with one exception. On my example the left elbow joint is somewhat loose and detaches easily. 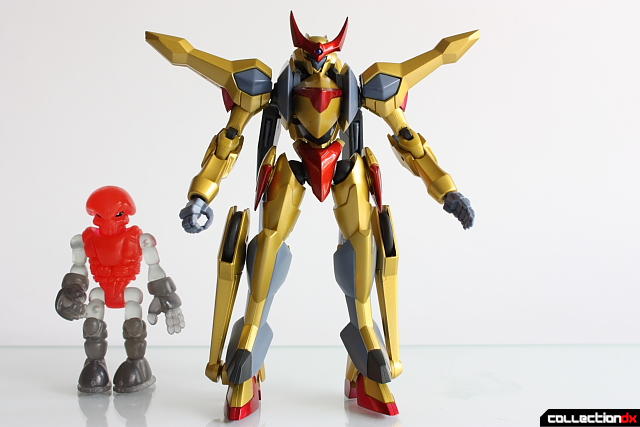 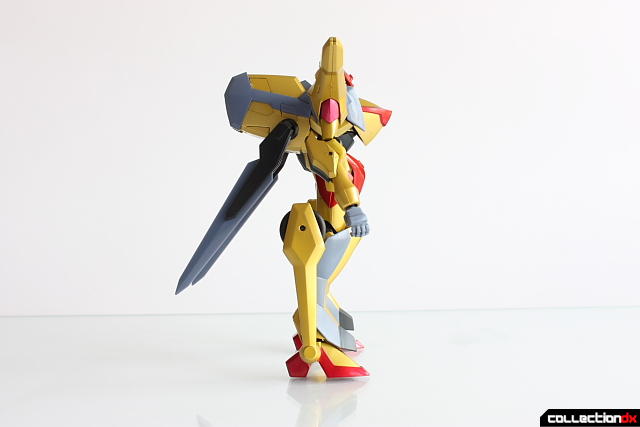 The figure has several features and different weapons. The first feature is the opening cockpit. The door opens easily and the seat slides out somewhat. There is no cockpit detail inside. 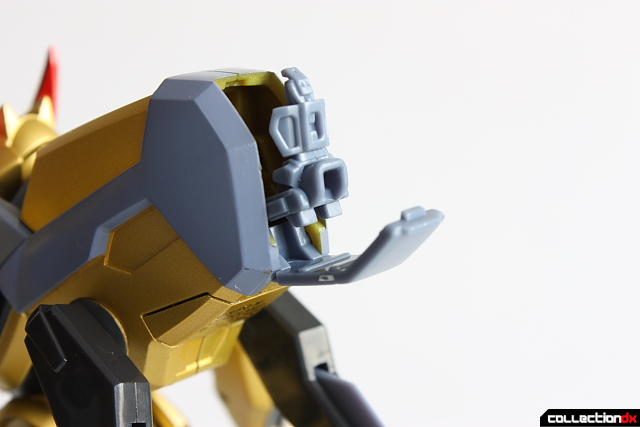 The Vincent also features swappable panels on each shoulder. In the series these are called factspheres, which basically amounts to an advanced targeting sensor or camera. 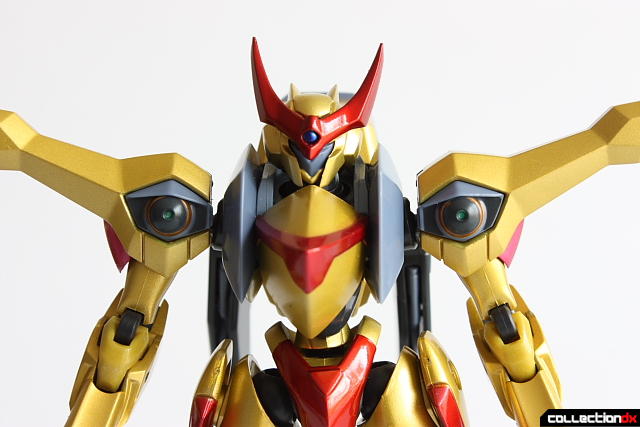 The figure also features two versions of the Slash Harken in the stowed position for the hips. I don't know why they chose to include the extra ones, but you can see the differences below 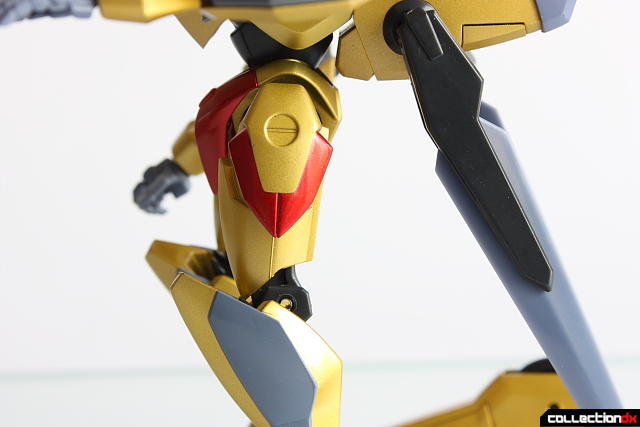 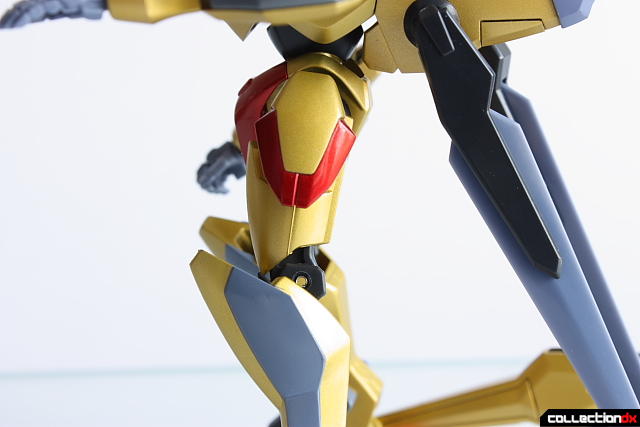 The first weapon is located on each shoulder. The gray part pivots outward slightly from each arm. Called a Needle Blazer in the series, they are close range weapons used for attacking enemy Knightmare Frames by discharging a powerful energy blast. 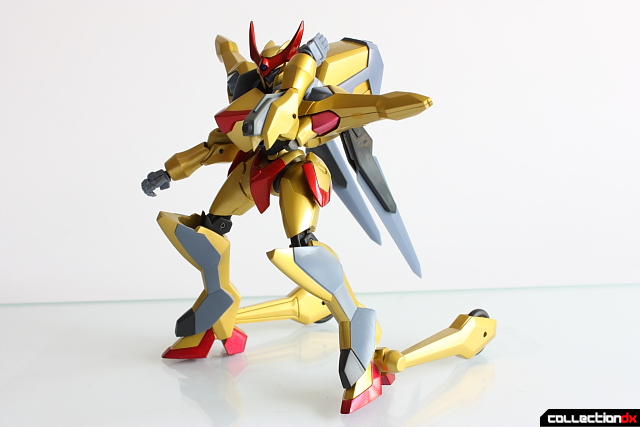 Two Slash Harkens are included and have a wire for easy pose-ability. 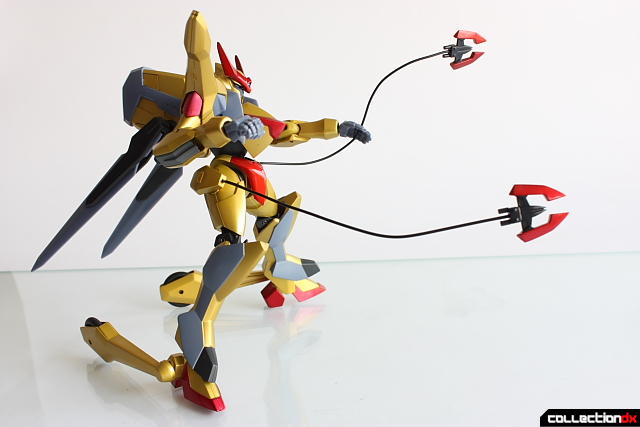 Two swords are included and are painted in a beautiful red. The gray blades can be removed from the back to simulate the swords in use. 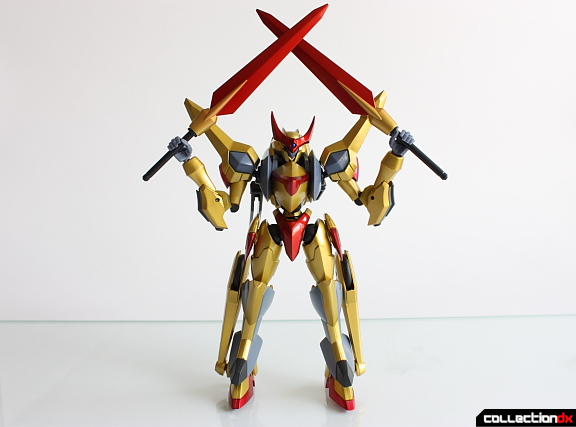 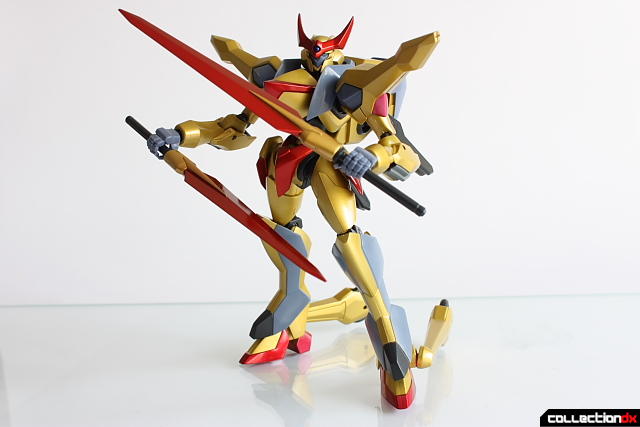 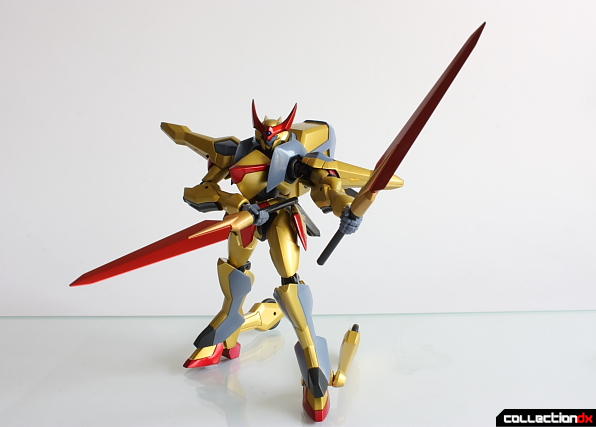 An alternate handle is included to display the swords combined. 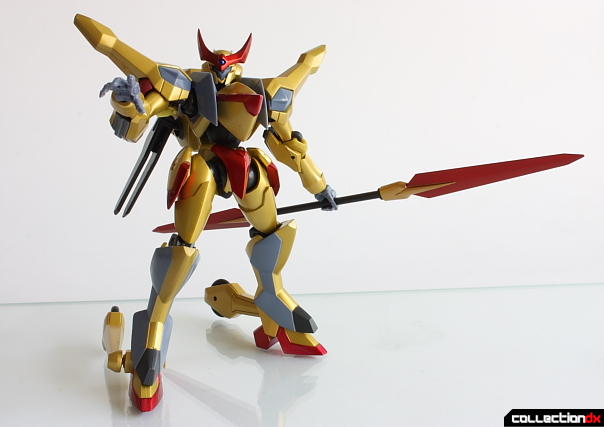 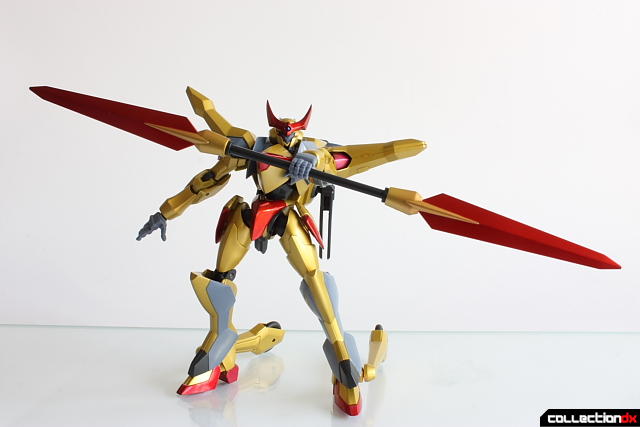 A flight pack is also included and is made out of four parts that attach easily. My only complaint is that these parts are not the same color gold as the rest of the toy. The wings open and close and can pivot up and down. There is an attachment for a stand under the cockpit. The figure is designed to work the Tamashii Stage Act. 5 but a Revoltech stand works okay. 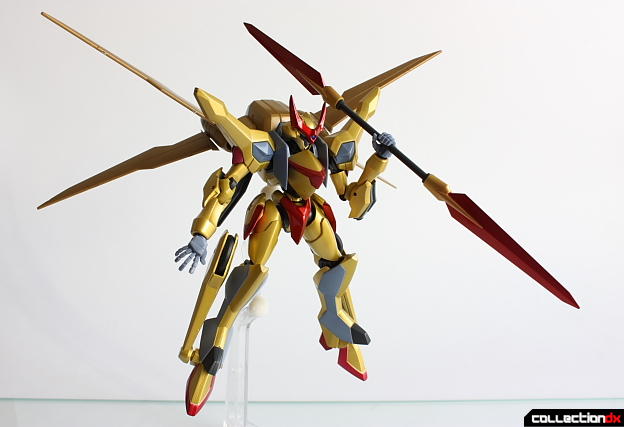 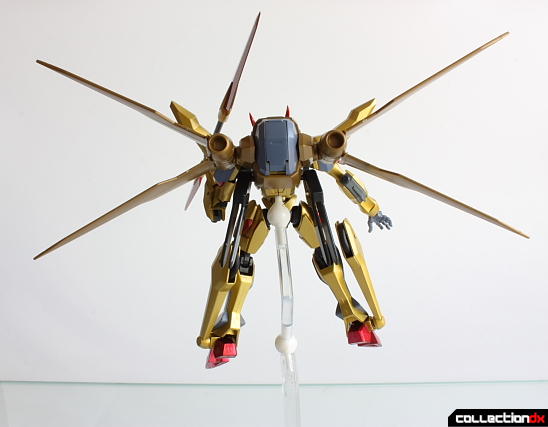 Overall this a great looking figure. It is very posable and packed with features and accessories. Mine had a loose left elbow but I haven't heard of anybody else having this problem. I highly recommend this figure if you are a fan of Code Geass or the character.

You can get yours at BigBadToyStore.com

1 comment posted
I never saw the show and am

I never saw the show and am not blown away by the mecha design, but this looks like lots of fun to play with.