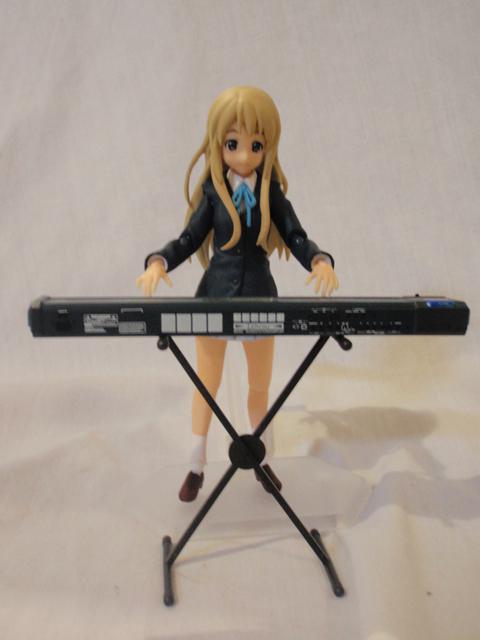 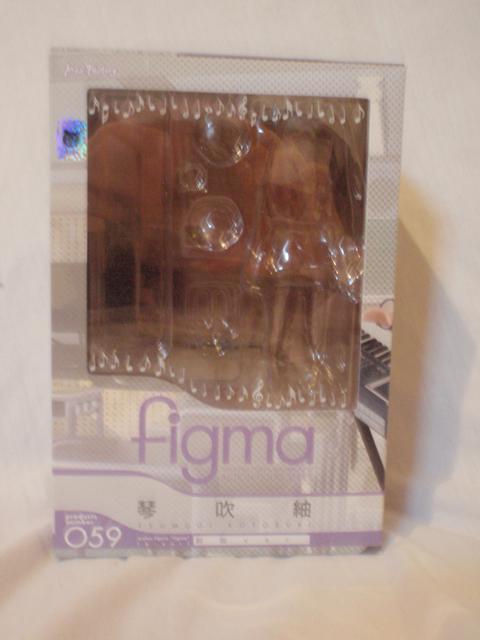 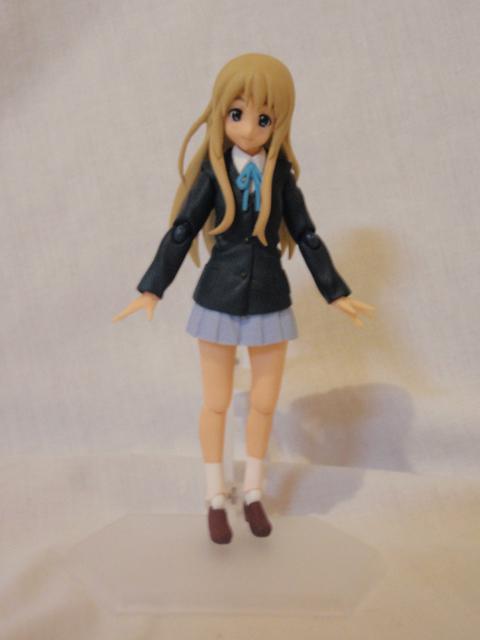 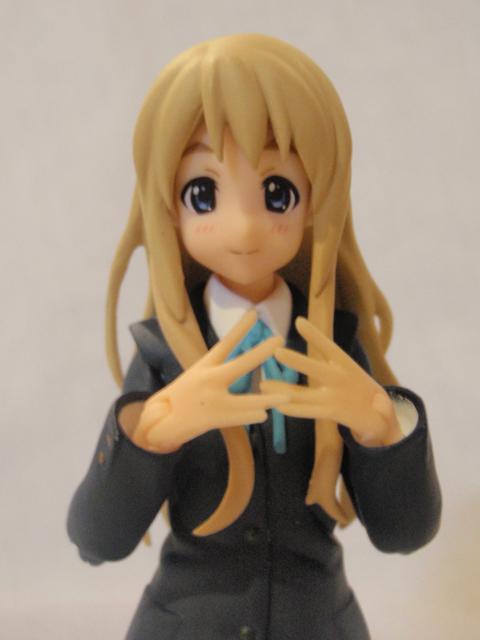 Tsumugi Kotobuki is the wealthy, polite keyboard player of the group. Her figure has articulation in all major parts and can pull of almost any pose you can think of. Unlike the previous Lucky Star Figma, the hands on the K-On Figma are easy to change as they’re just a regular long peg and not a ball jointed peg. 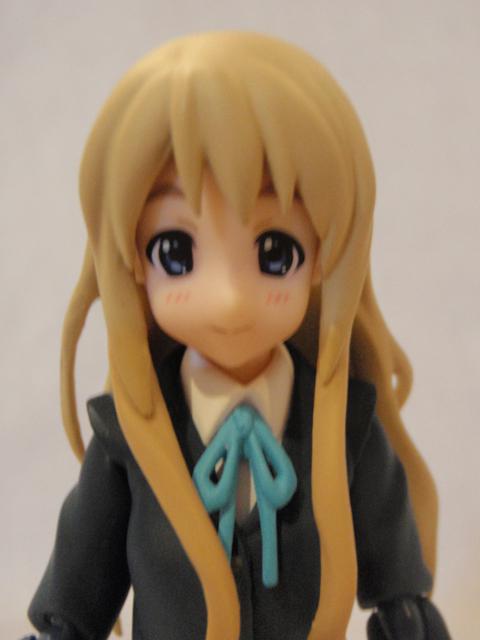 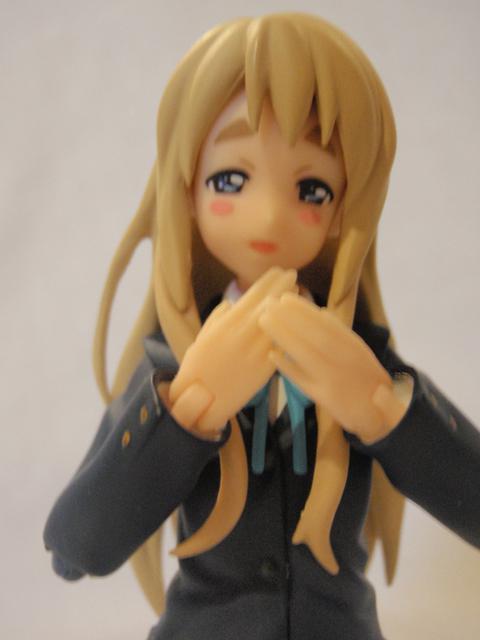 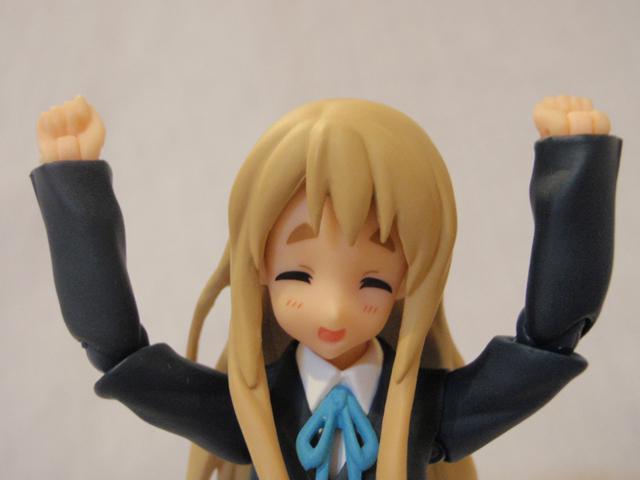 Head changing is easy. She comes with a smiling face, a blushing “aww” face, and a closed eyes happy face. 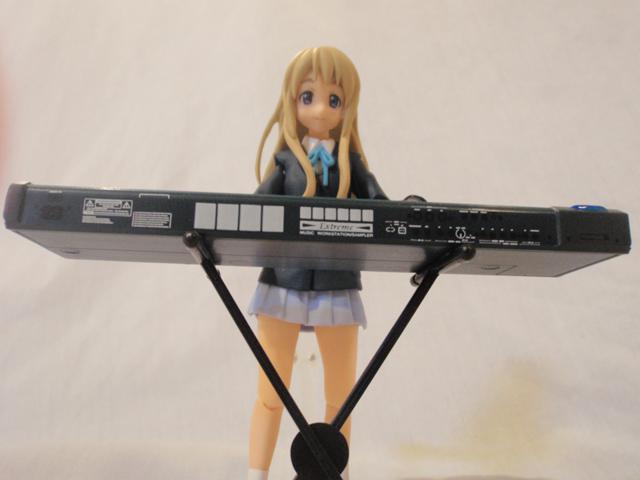 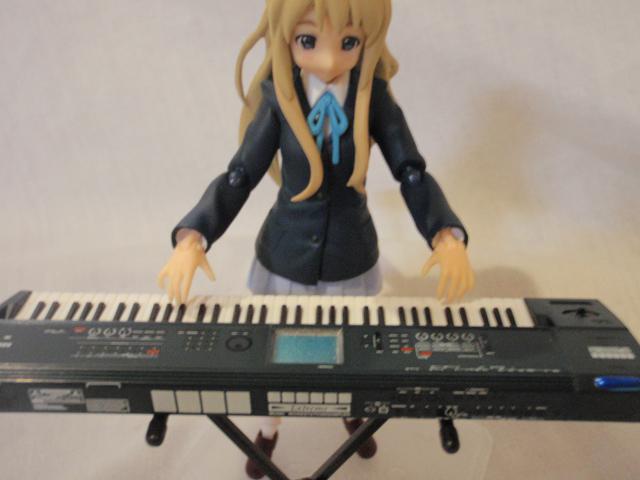 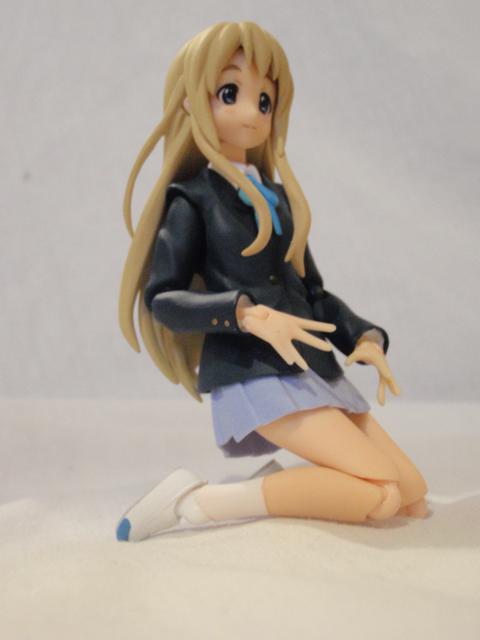 Tsumugi comes with her keyboard (a Korg Triton Extreme with 76 keys), although the name “Korg” doesn’t appear on it due to copyright I presume. The keyboard is very well detailed for its size. It comes with an “X” shaped stand for it. It does not, however, come with a bag for the keyboard like in the anime. A minor quibble. Each K-On Figma comes with regular shoes and indoor Japanese school shoes. 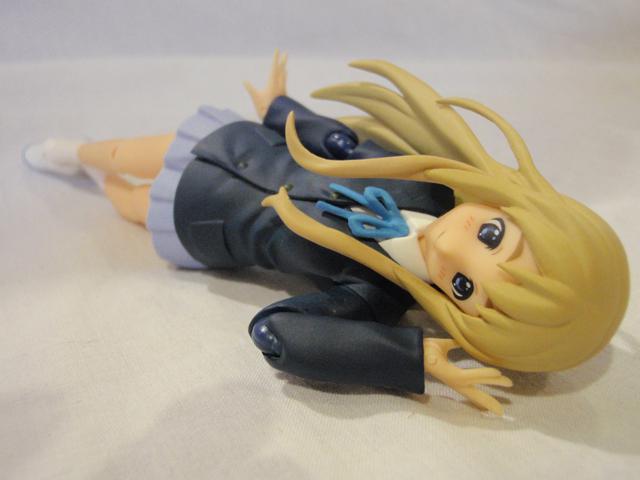 Tsumaugi, along with the other K-On Figmas are excellent. A must for K-On fans, or even just fans of moe action figures.