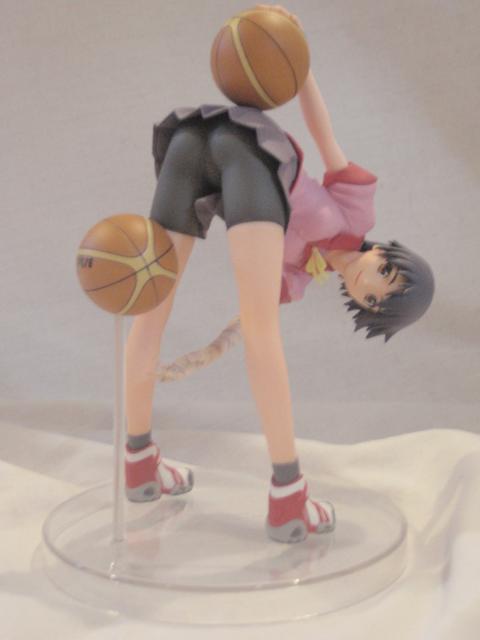 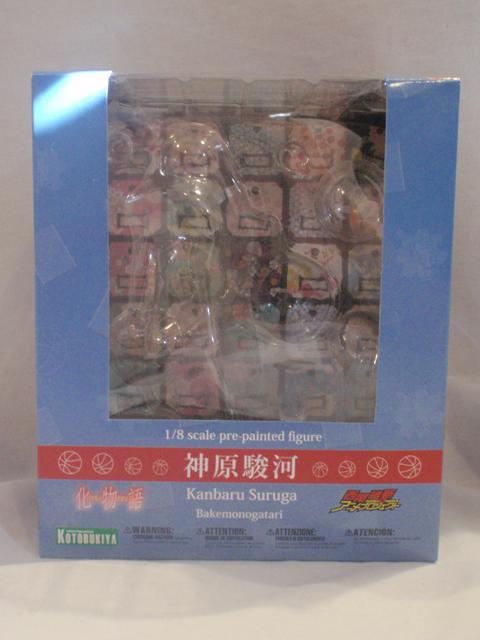 Kotobukiya has sent me the third figure in the Bakemonogatari line. This one is of Suruga Kanbaru, who is a basketball player at the story’s highschool. She’s alo a lesbian, fujoshi (yaoi fan), lolicon, and masochist.

The box was smaller than the others but that’s due to her crouching pose. Anyway, I woudn’t expect any less, Kotobukiya’s quality is top notch on this figure. Everything on it is crisp and sharply detailed. 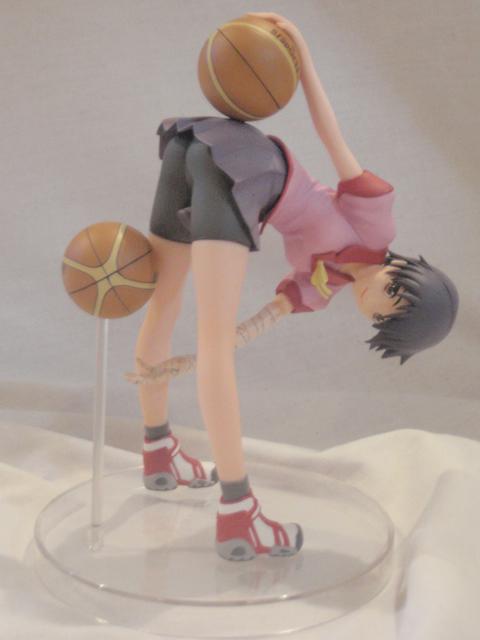 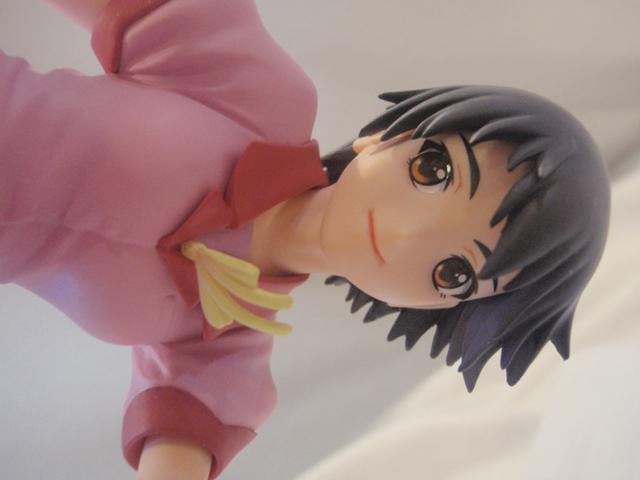 While she holds one basketball on her hand, the other is floating on a transparent plastic piece. 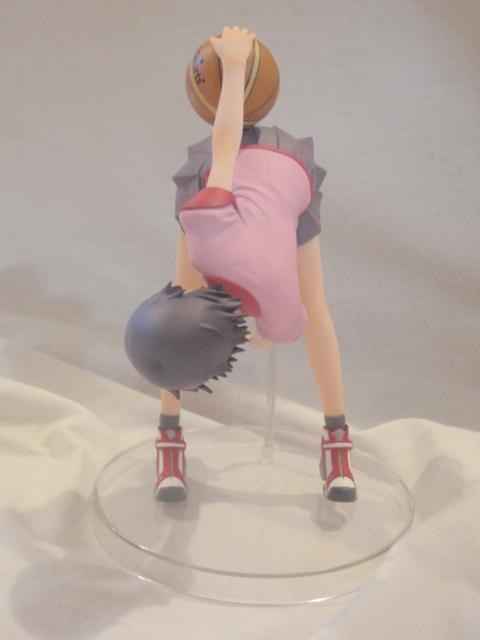 The figure was a bit hard to peg onto the base. The holes are hexagonal shaped while the pegs are circular. It’ll take a little force but you can eventually fit it on the stand. A thick screwdriver helps widen the peg holes. 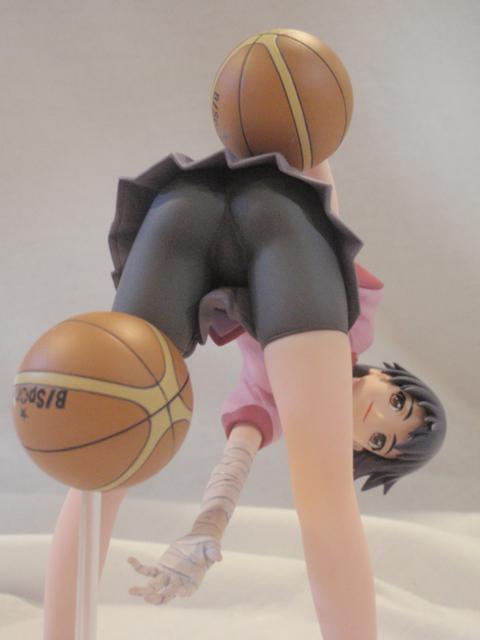 Check out her bike shorts! 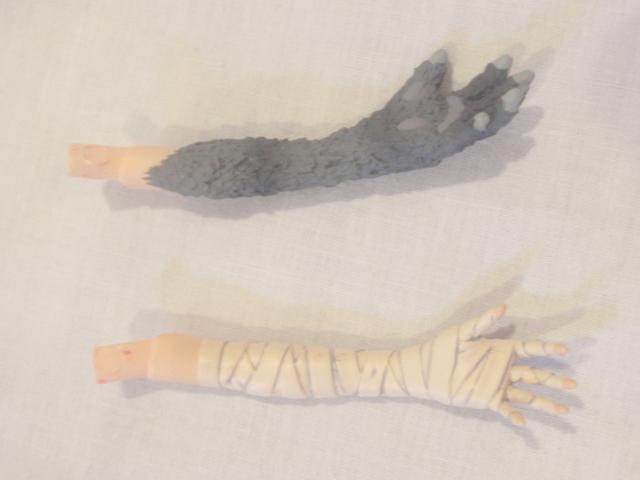 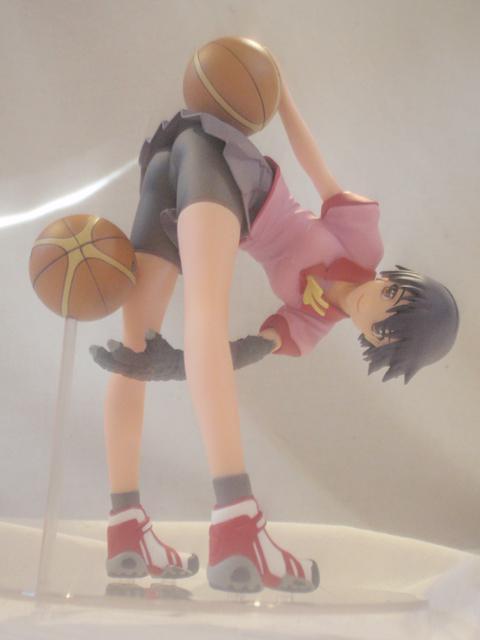 In the anime, Kanbaru uses a monkey’s paw that turns out to be a demon arm called Rainy Devil. You can change her bandaged left arm with said paw. 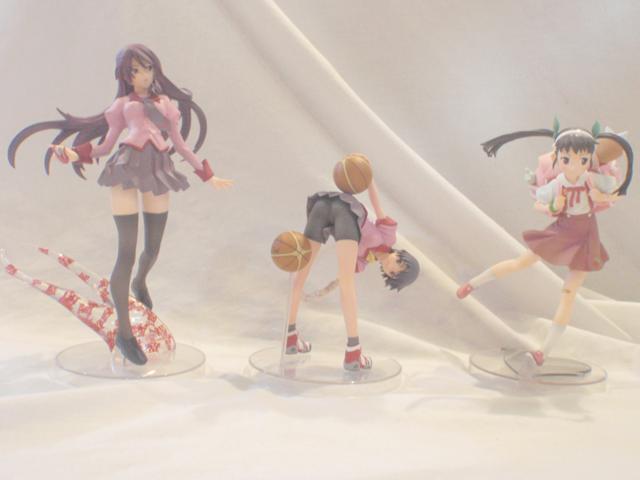 Once again, a great figure from a great company. I hope the other characters from the anime, Nadeko and Tsubasa get made too. 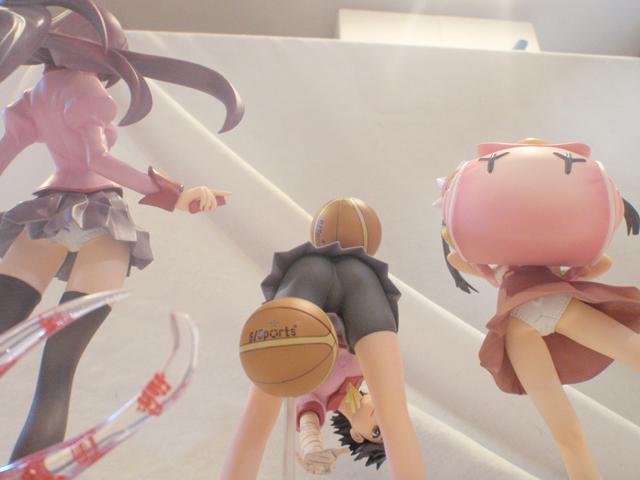