A few years ago, Bandai did a branch off of their Soul of Imaginative Chogokin line called Kiwami Tamashii. The idea for this line was a smaller cheaper version of their SIC designs. This has been a line I've always had a little bit of interest in, and with Kamen Rider Blade King Form, I finally decided to take a step into the line. 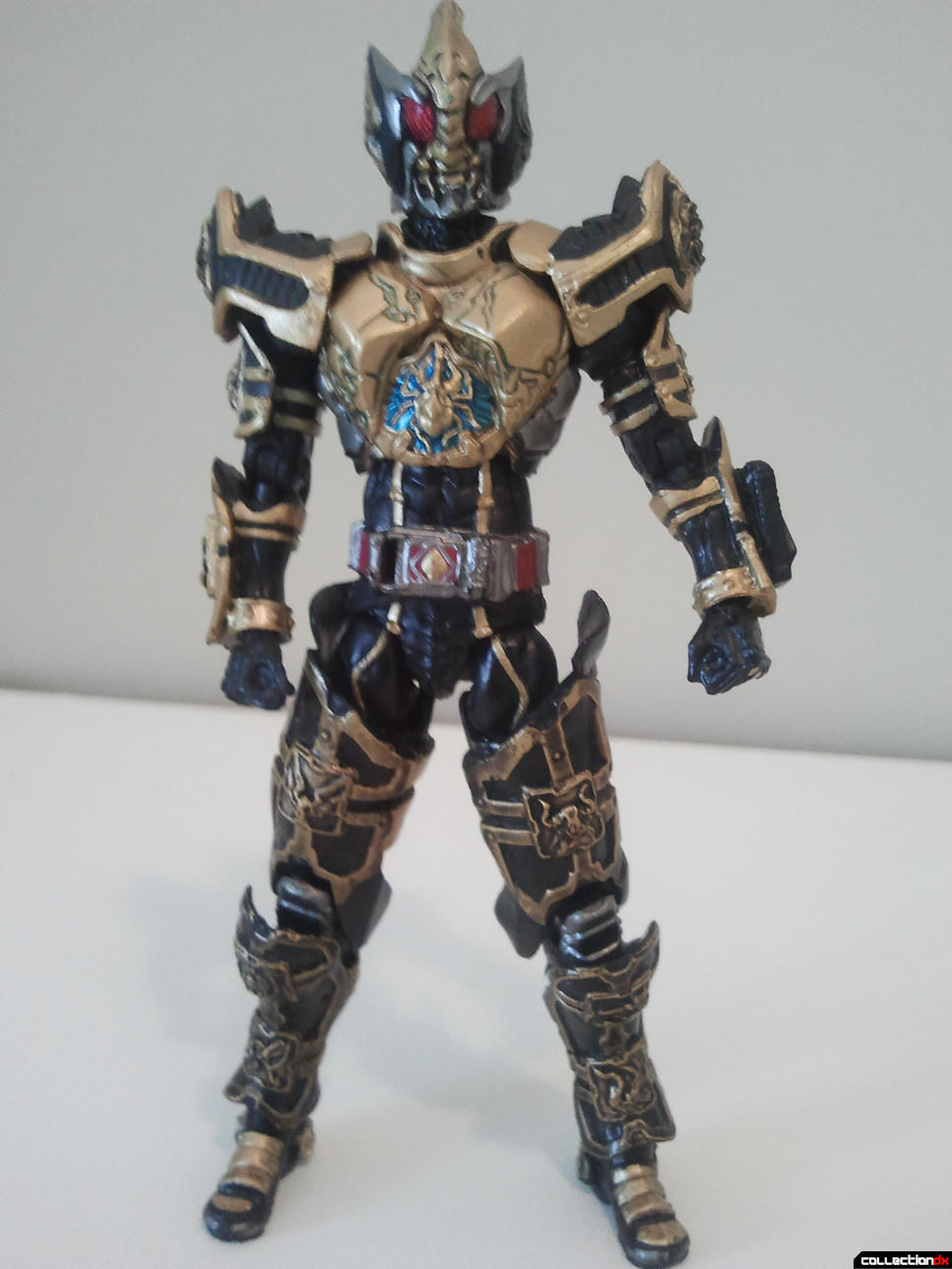 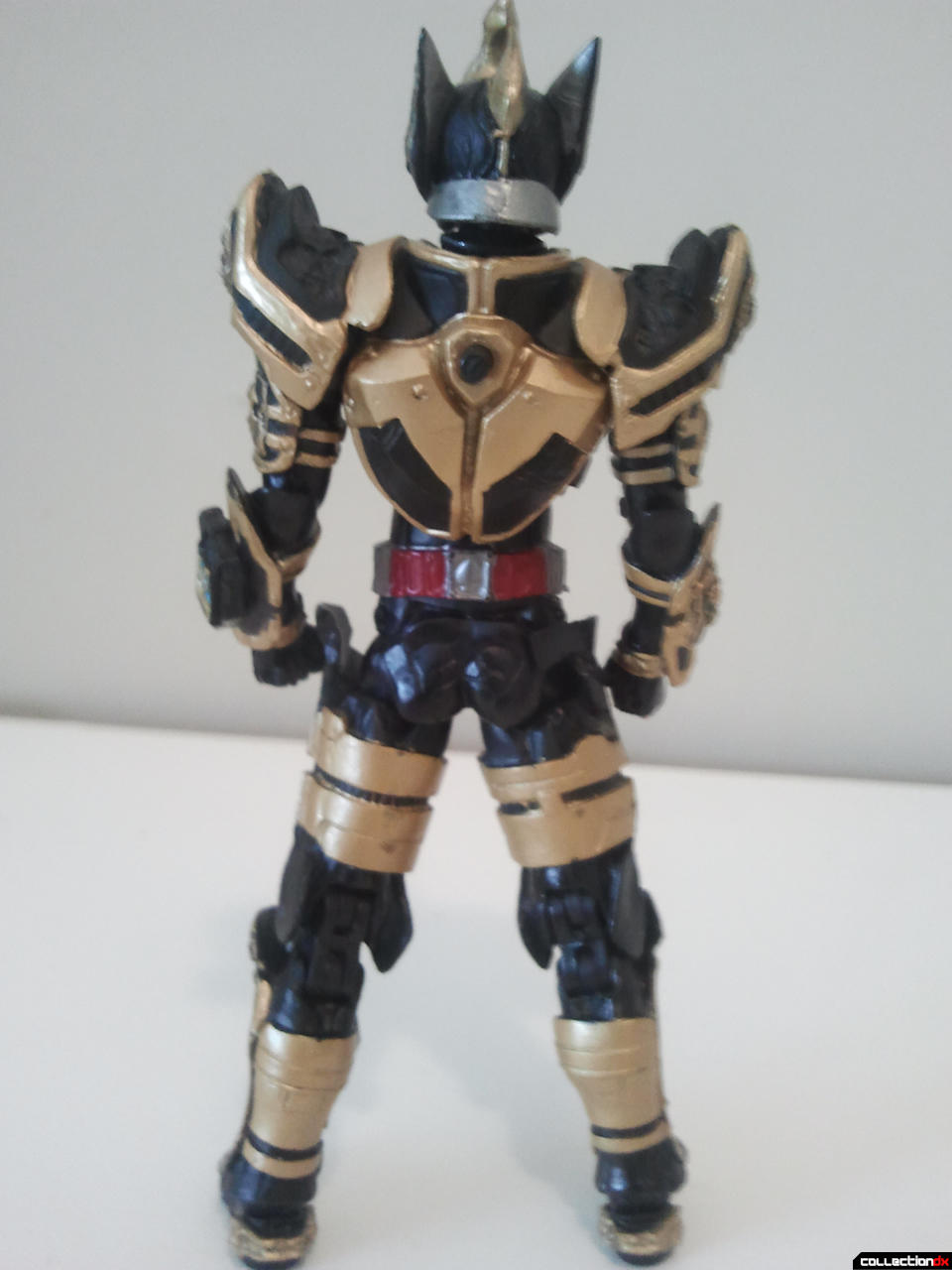 Kamen Rider Blade King Form is the final form of Kamen Rider Blade from his respective show. Much like many other Soul of Imaginative Chogokin designs, Blade King Form has taken several artistic liberties from the original design. The new design is much bulkier, with large bits of armor all over the figure. The armor feels much more organic than the original King Form's design, and is much more regal and kingly in comparison.

Blade King Form is a rather small figure, and is almost in scale with similar 3 3/4" action figures like G.I. Joes or Marvel Universe figures. He's just slightly taller, but not enough to be considered too out of scale. 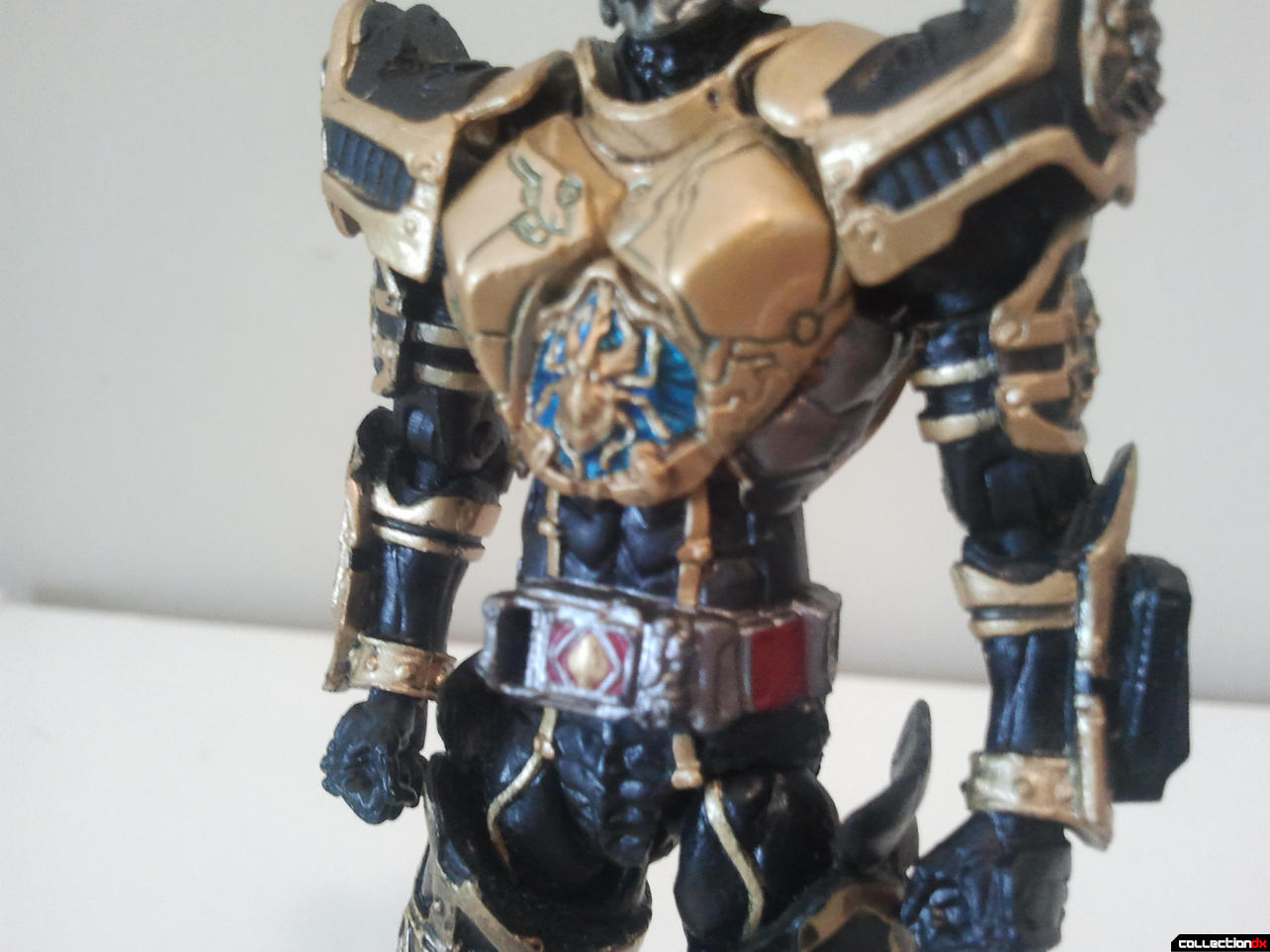 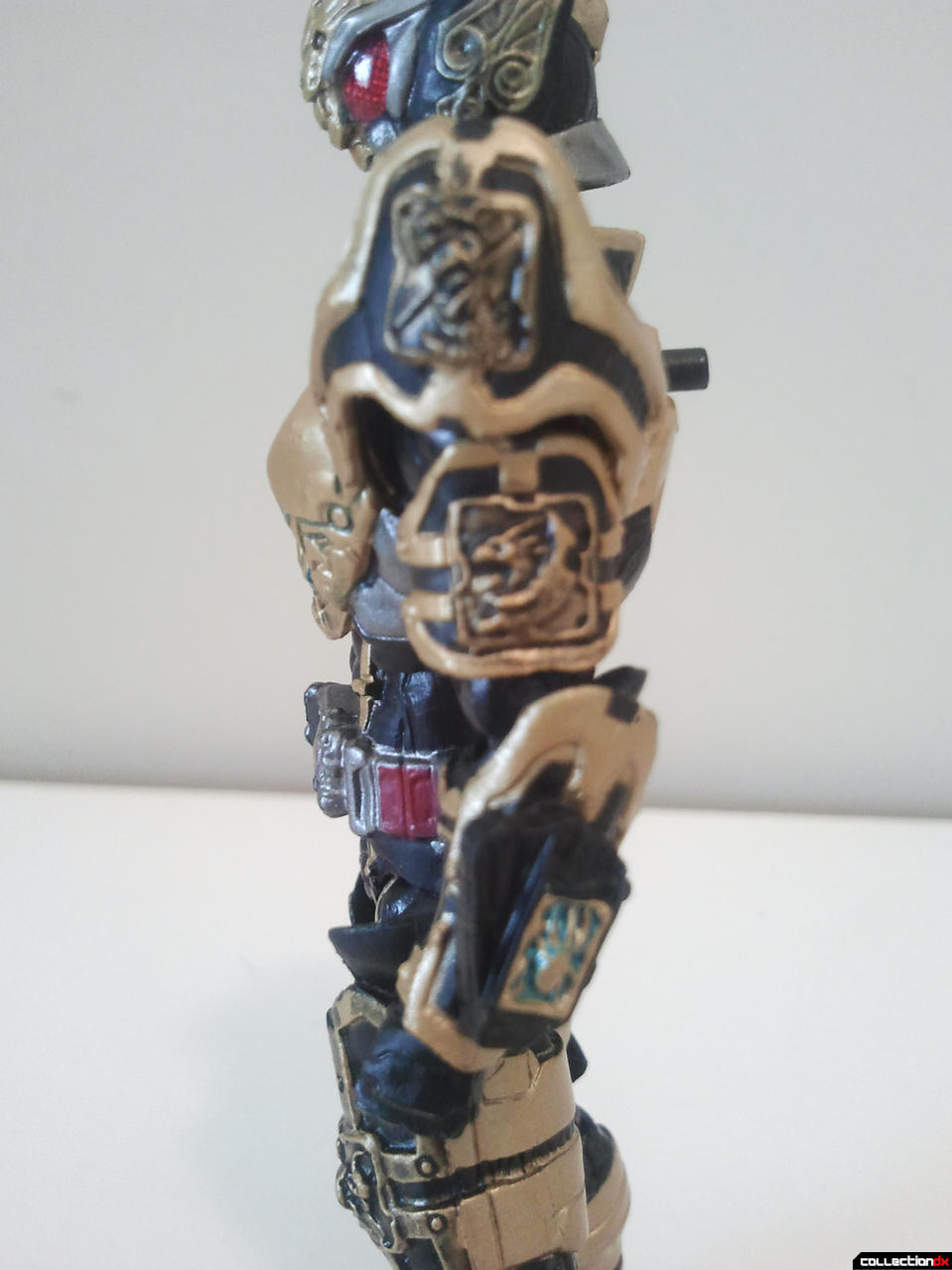 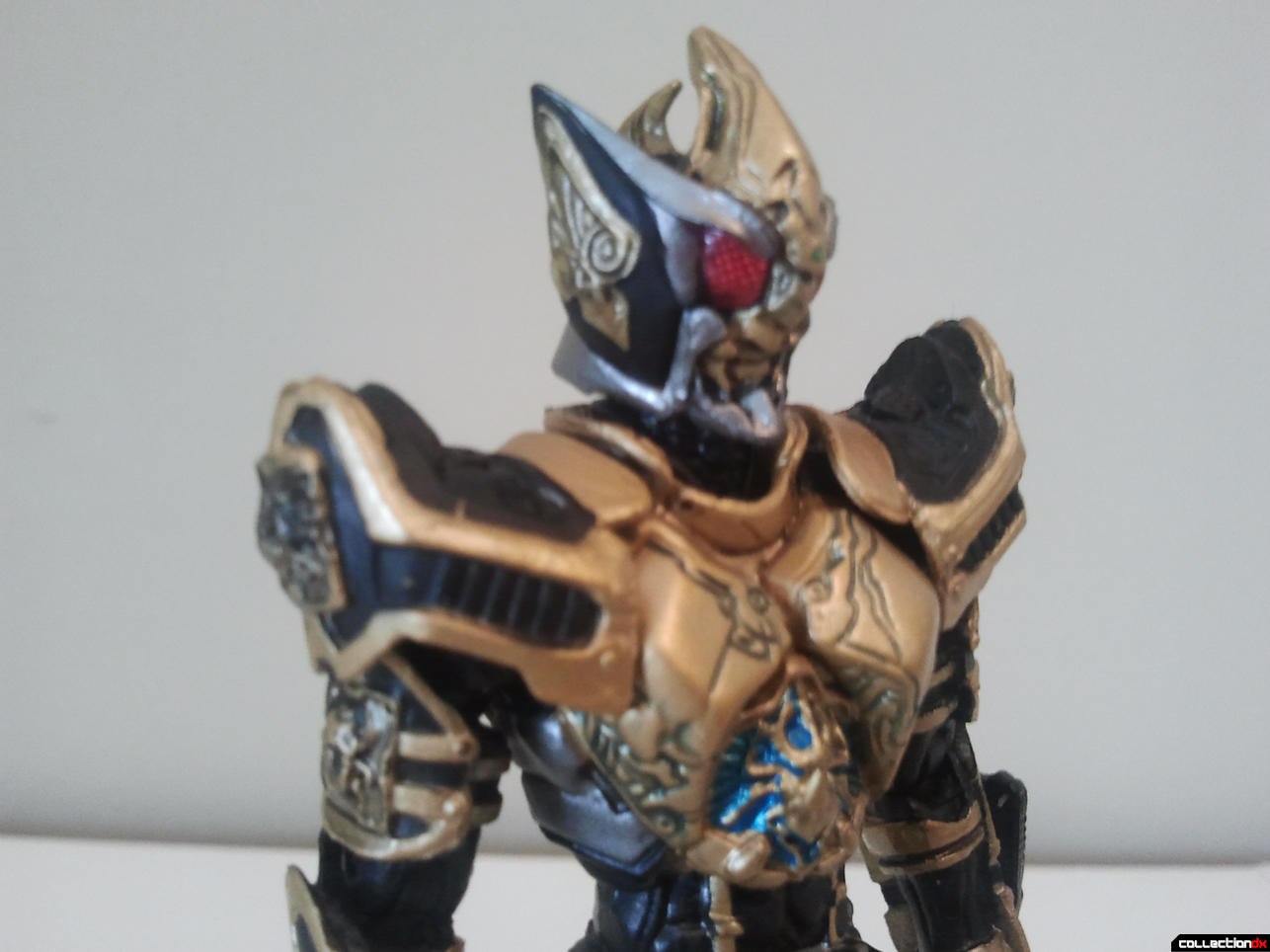 The detail and paint on this figure is absolutely outstanding. His entire body is lined with golden paint, and small animal symbols man to represent the different cards that Kamen Rider Blade collected throughout the series. Even the Blay Buckle and Absorb Rouzer on his arm are well painted at this tiny scale. 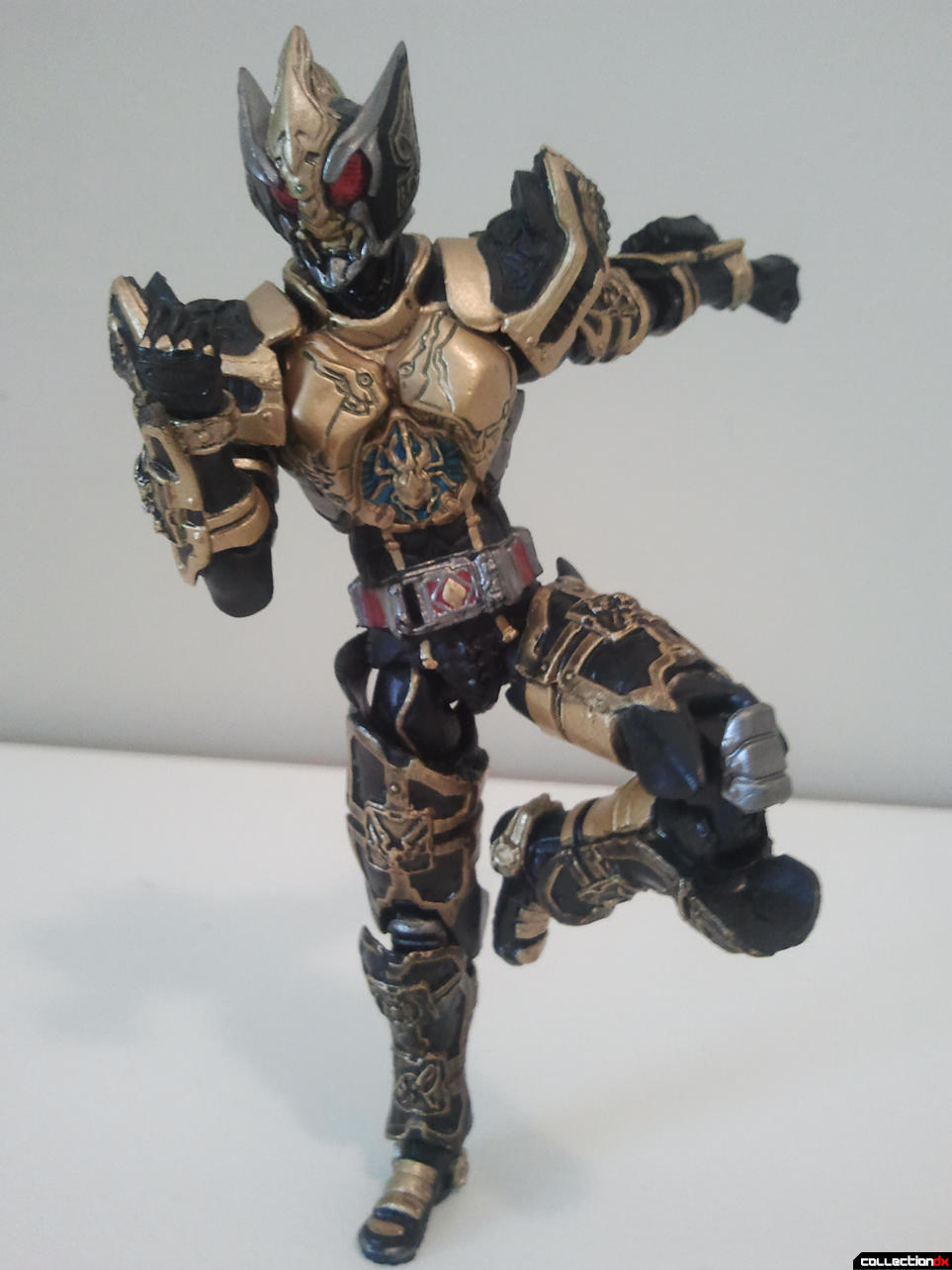 Blade King Form's articulation is quite solid for this size. Double jointed arms,legs and feet, ball jointed legs with a thigh swivel, and a ball-jointed head and torso as well. The giant shoulder armor limits the arms slightly, but not enough to really impede any poses. 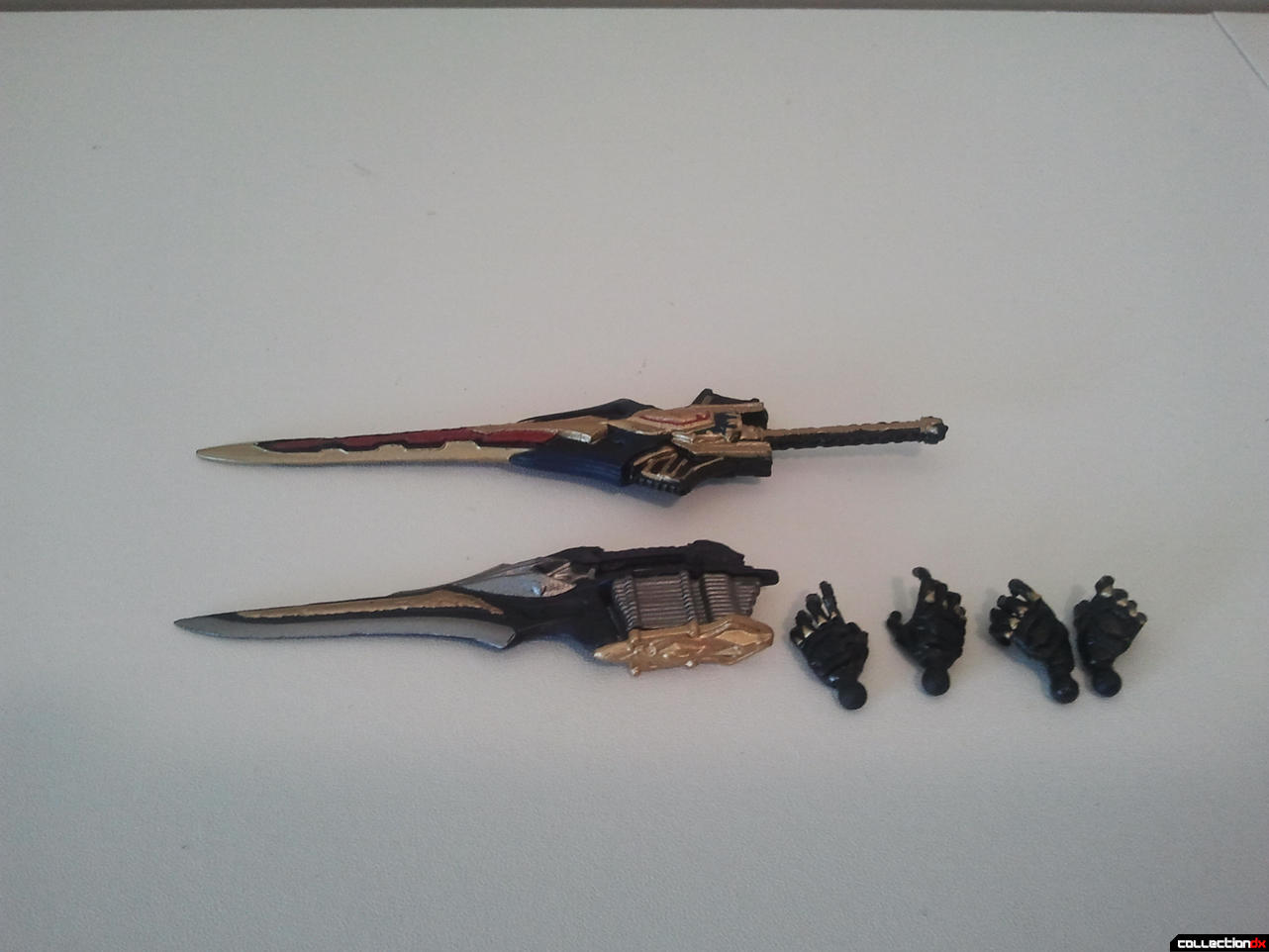 King Form also features a decent number of accessories as well. In addition to the two fist hands that come on the figure, he also has a pair of holding hands and splayed hands, in addition to two signature weapons: the Blay Rouzer and King Rouzer. 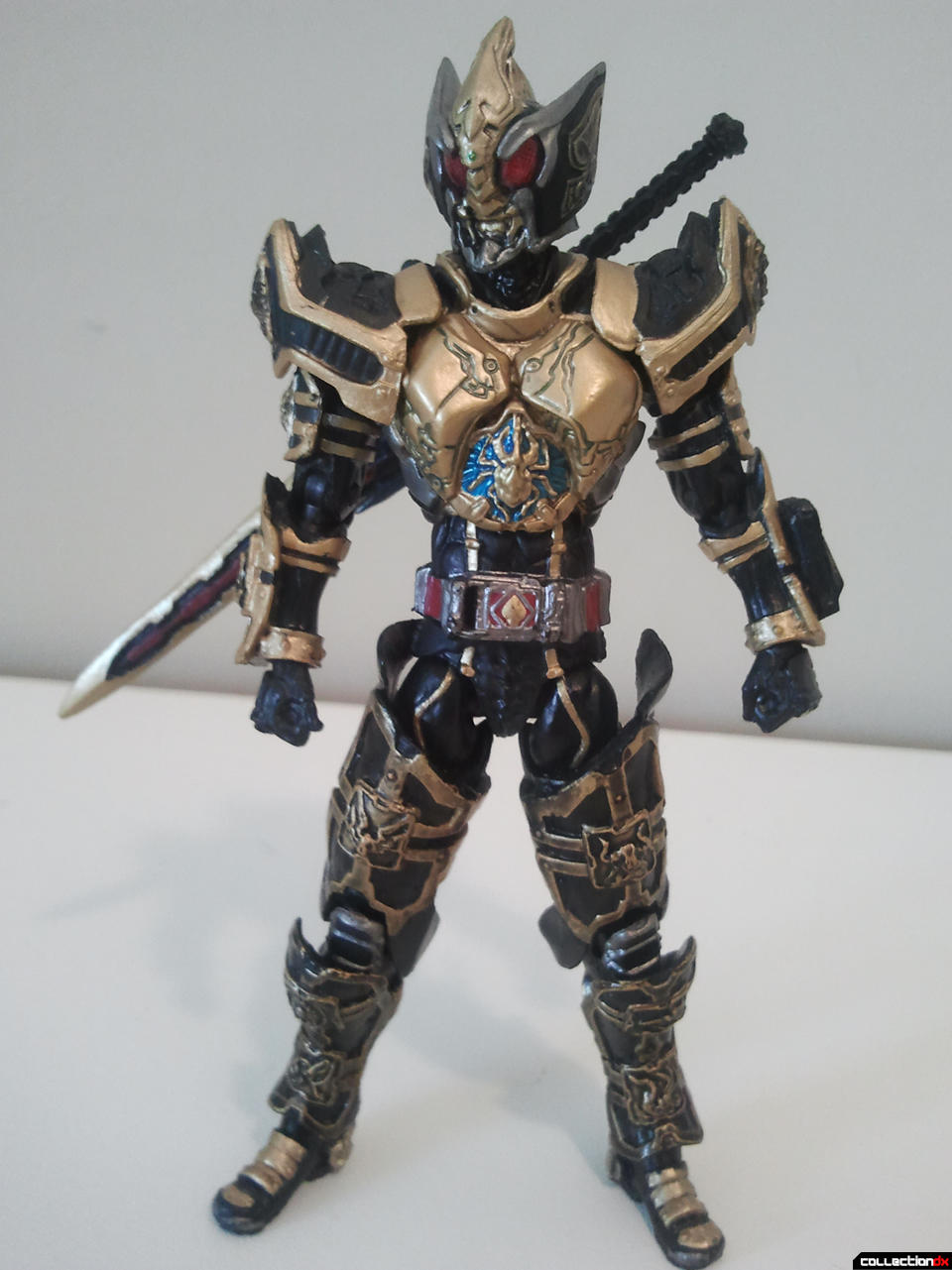 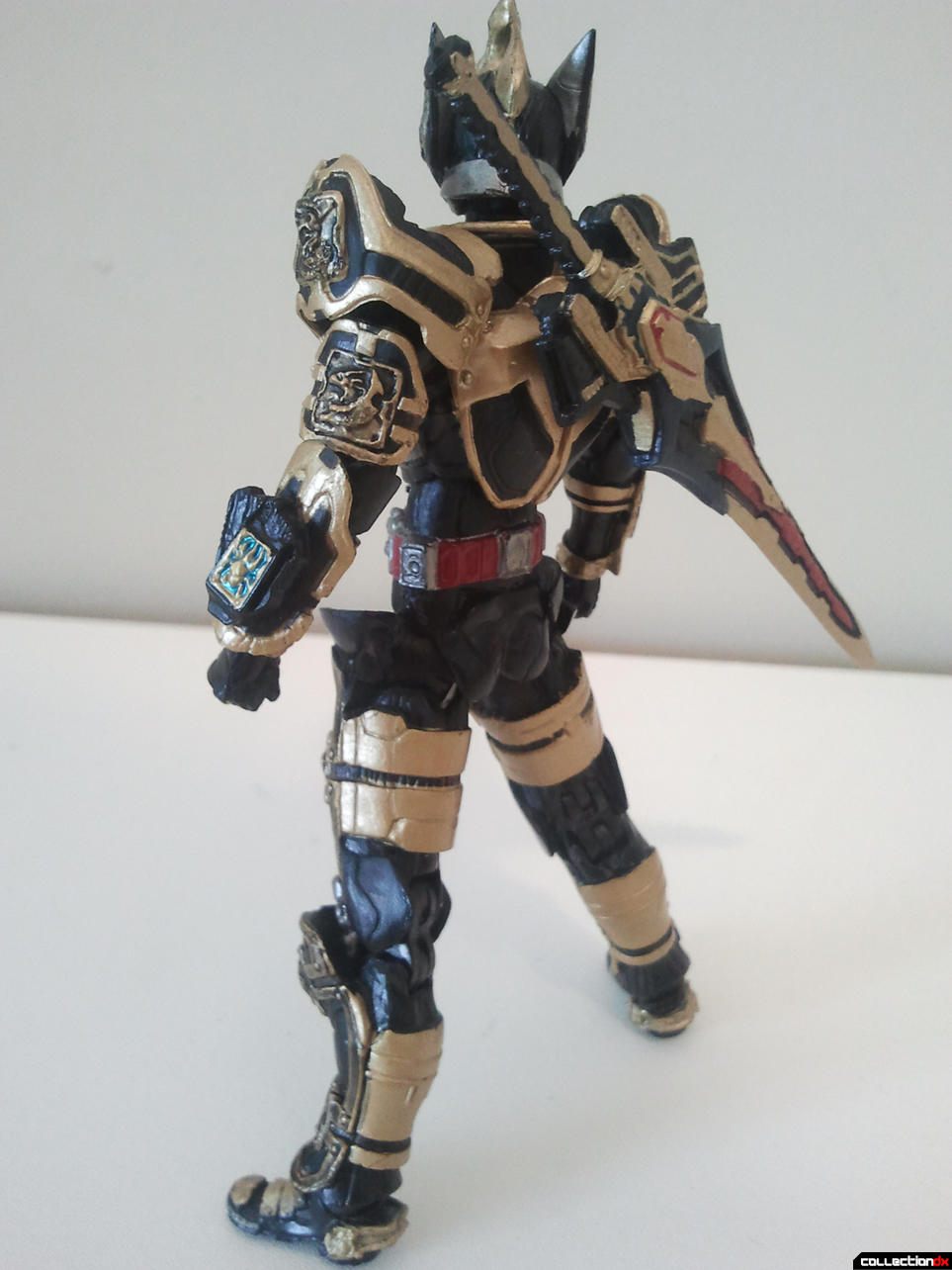 The King Rouzer is able to peg onto Blade's back. One really nice thing that the figure can do is actually reach for the sword. 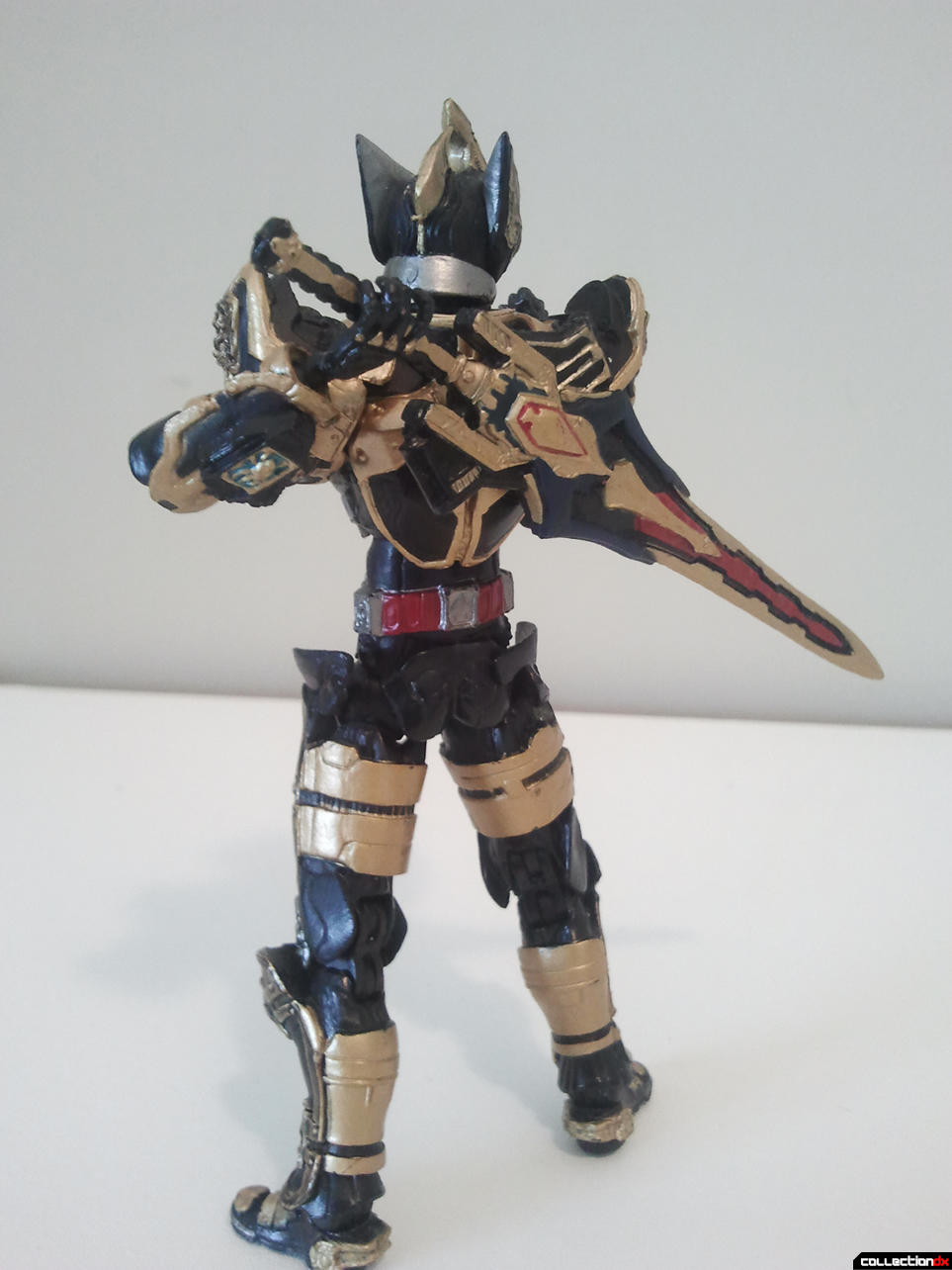 One complaint I have with this figure is that the holding hands do not hold the weapons too tightly. Although they aren't really slipping out of Blade's grip, the weapons could be more snug in the hands as well. 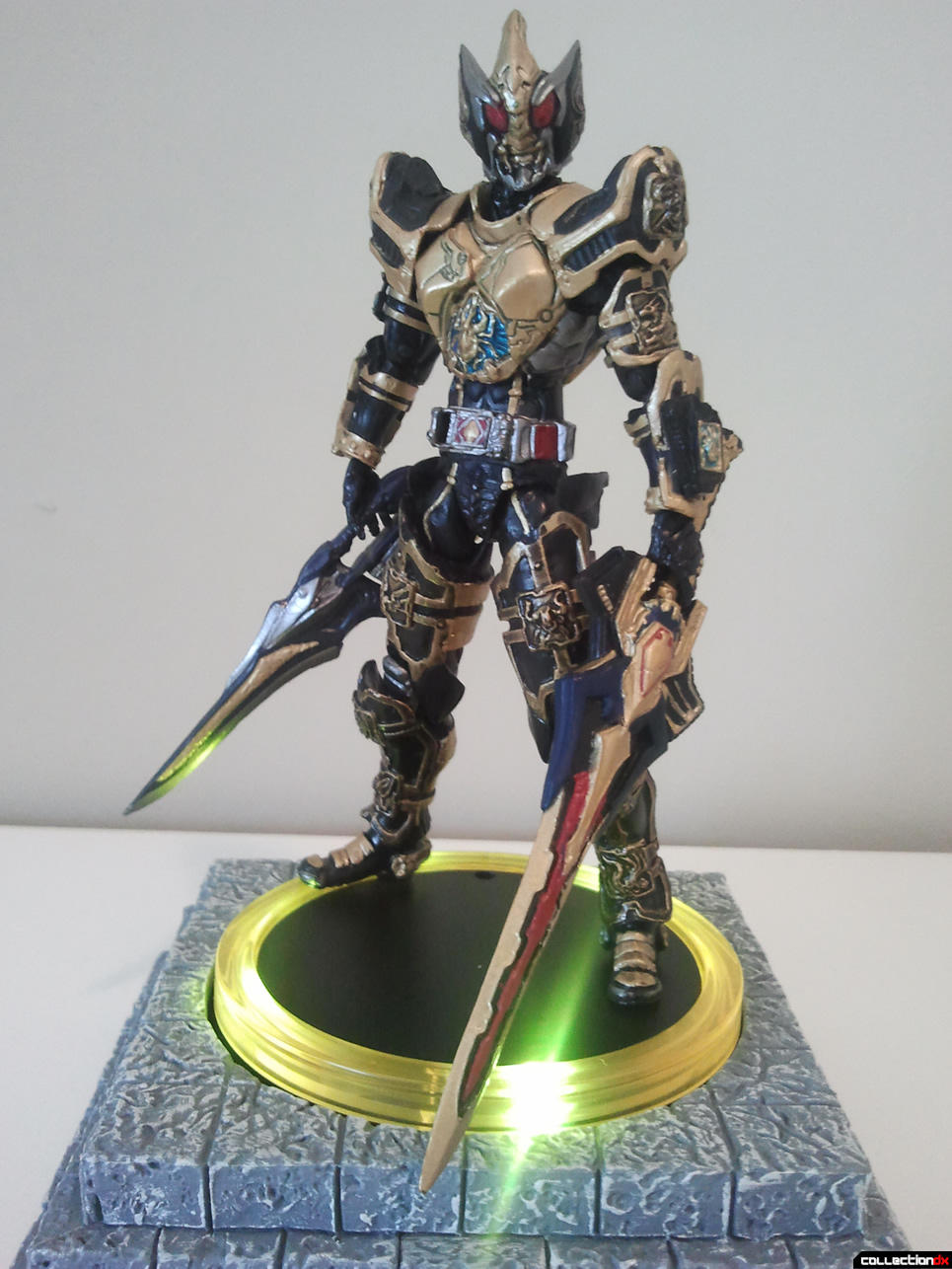 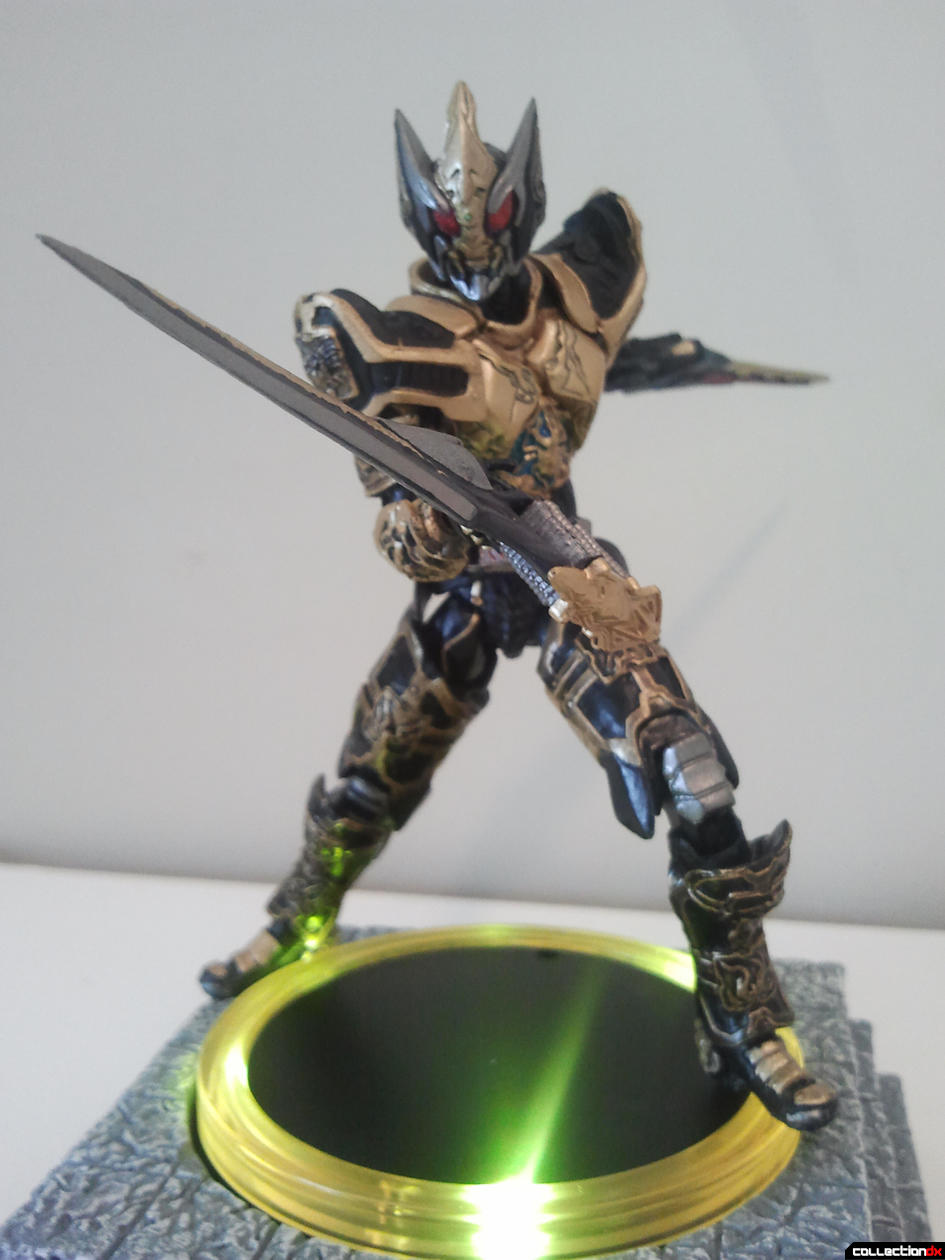 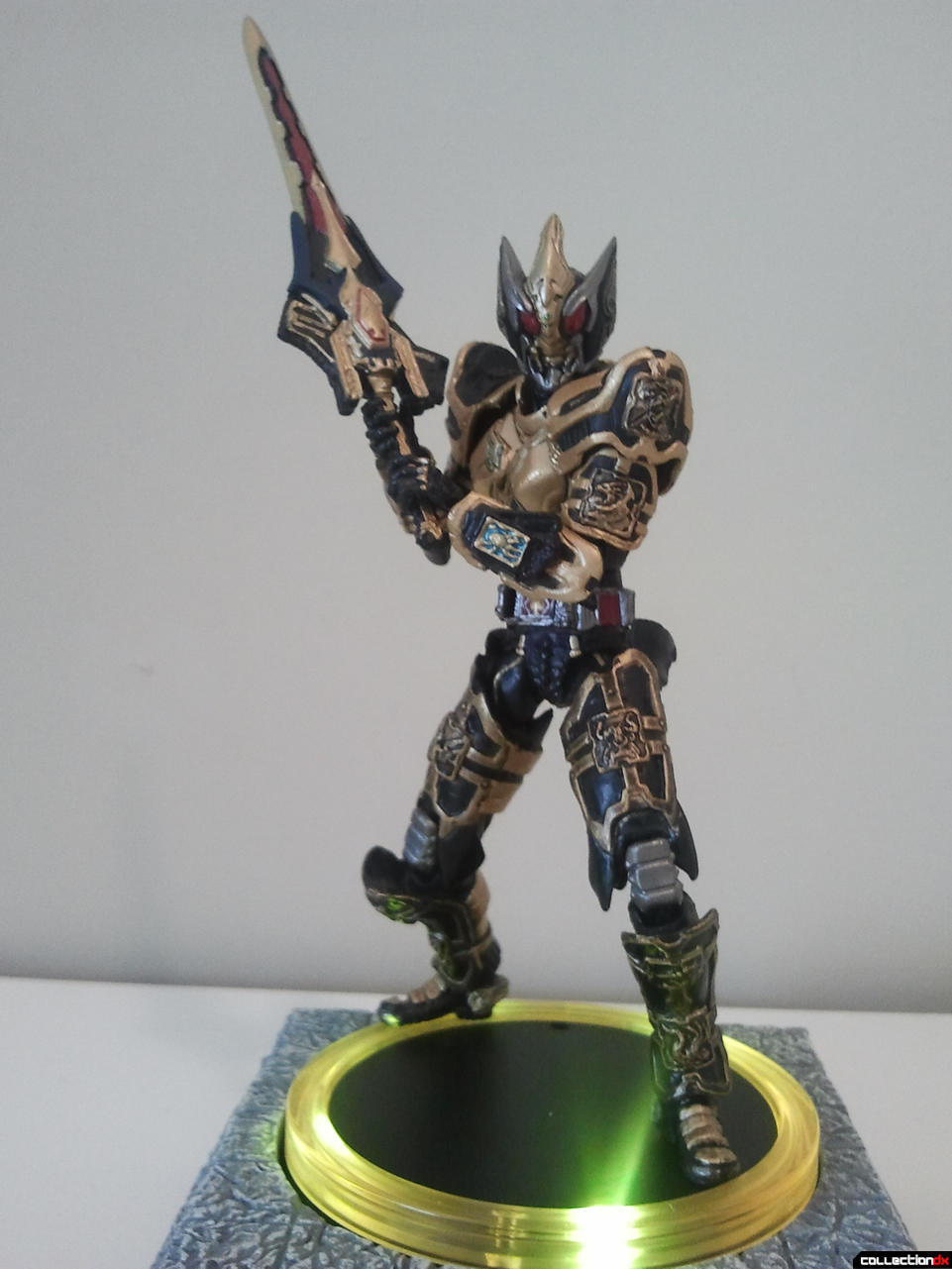 The SIC Kiwami Tamashii line is one that I've really fallen in love with after getting Blade King Form. At an incredibly low price point, it's hard to not love this toy line. 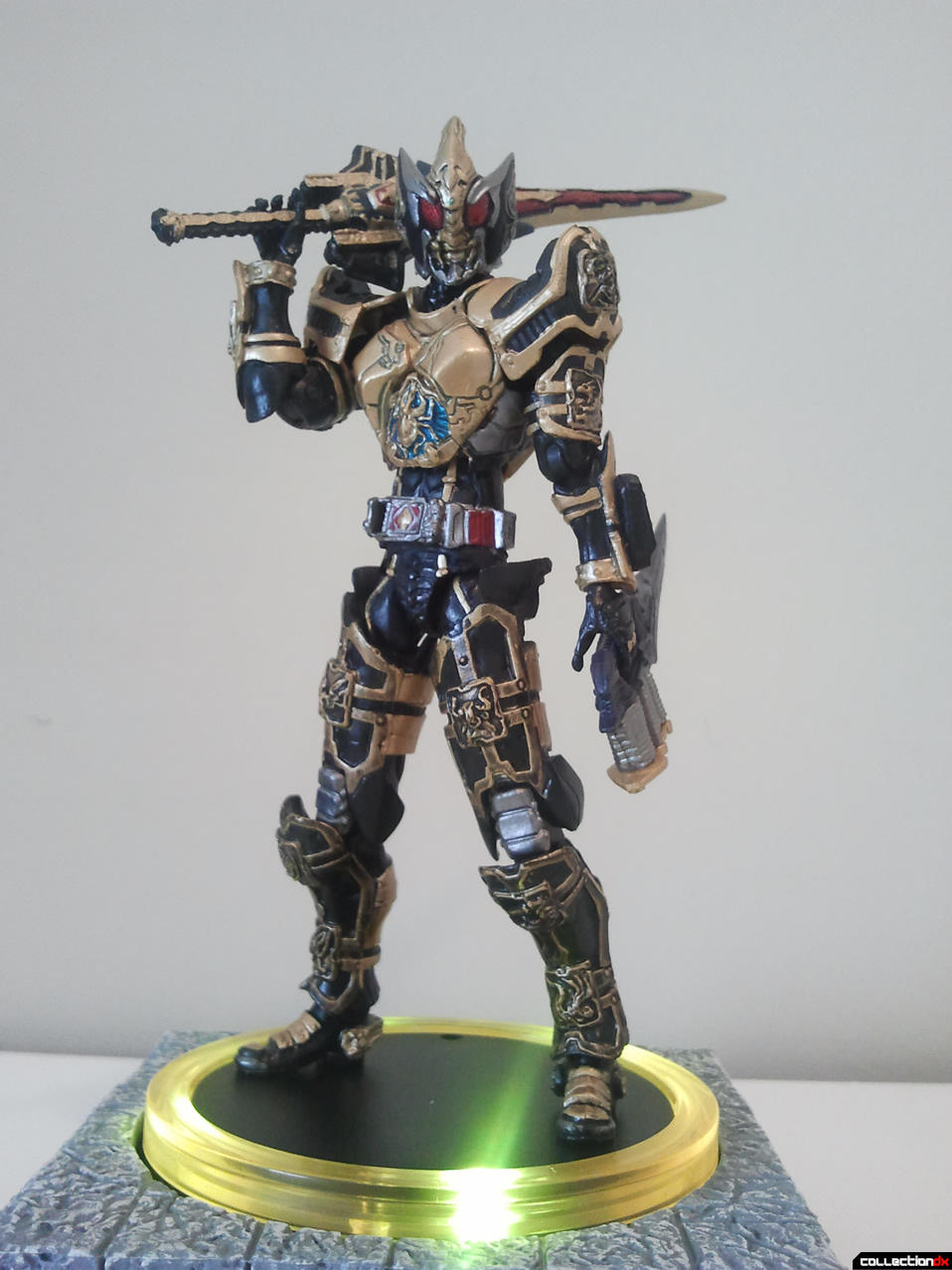 It could be cool if this line had Gekko Kamen with this bike and Starzinger (all three cyborgs) with a little diecast on them.