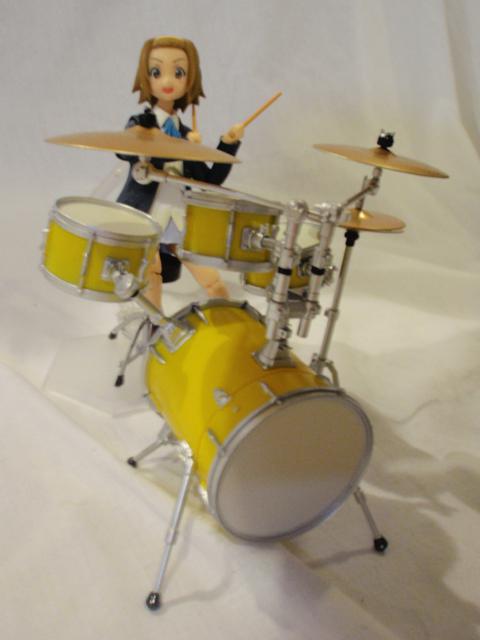 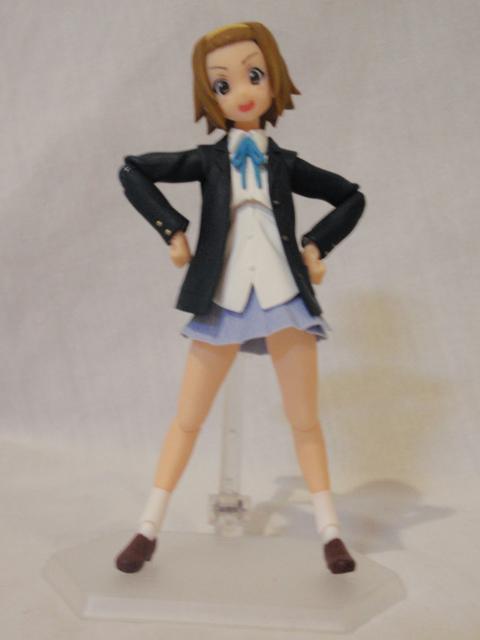 Ritsu Tainaka is the energetic tomboy of the group who plays the drums (when not teasing Mio). Her figure has articulation in all major parts and can pull of almost any pose you can think of. Unlike the previous Lucky Star Figma, the hands on the K-On Figma are easy to change as they’re just a regular long peg and not a ball jointed peg. 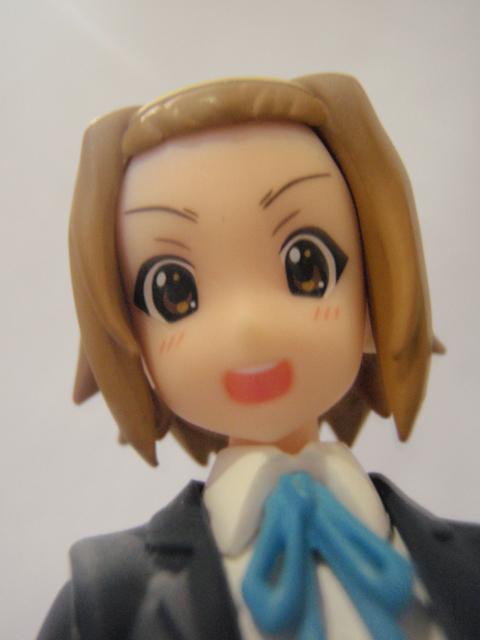 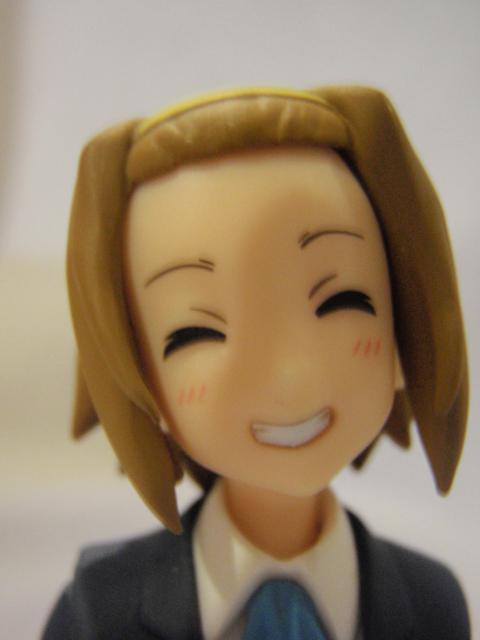 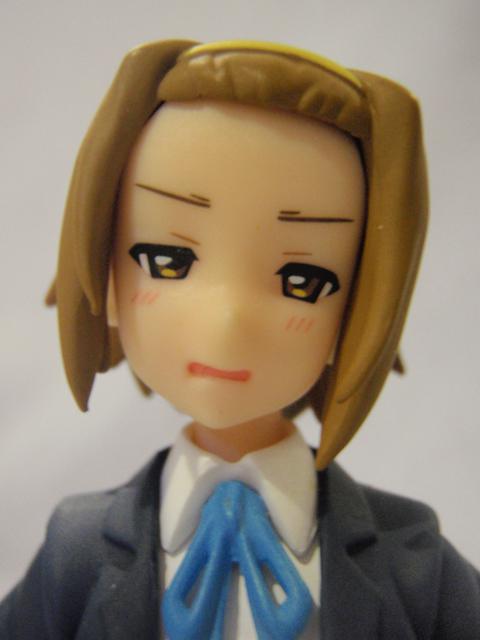 Like all the others, head changing is easy. She comes with a normal smiling face, a closed eyed with teeth showing smile, and an “ow that hurts” disgruntled face. 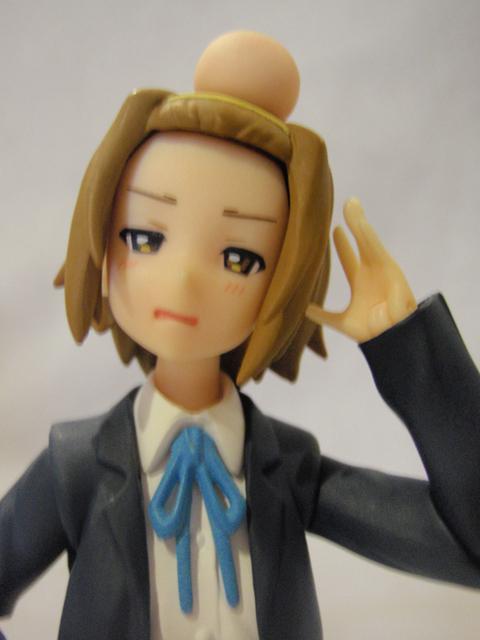 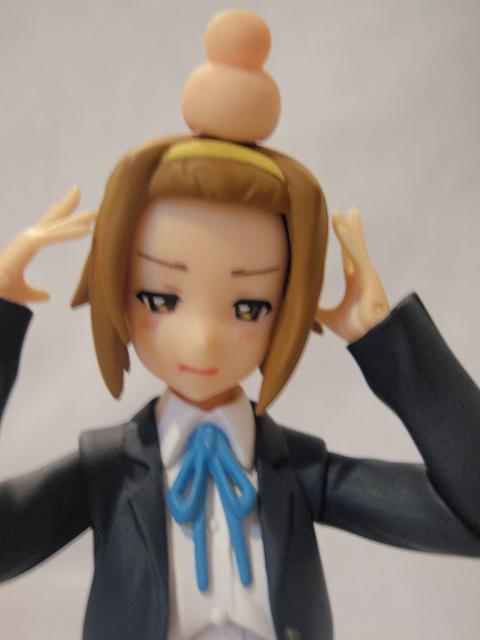 An extra set of bangs are included for her bump on her head (both single lump and double). 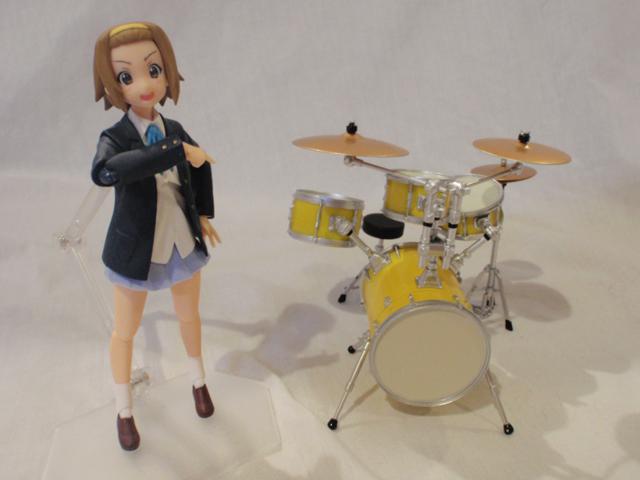 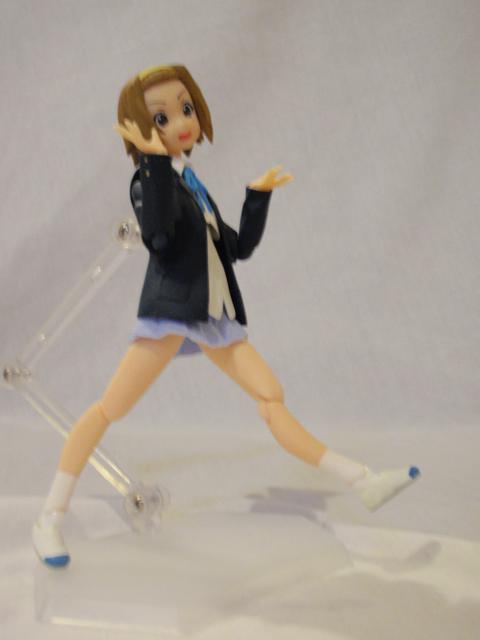 She come with her drums (a yellow Rick Marotta Signature Yamaha Hipgig drum kit with cymbal set from Avedid Zildjian) Like Tsumugi’s keyboard, the manufacturer’s name (in this case Yamaha) doesn’t appear on the instrument likely do to copyright. Still, the detail on her drum kit is excellent. She also includes her drum sticks which fit on specially made hands for her to use. I would leave them in the hands though and not change it often as the sticks are made of hard plastic and could break if handled too roughly. Each K-On Figma comes with regular shoes and indoor Japanese school shoes. 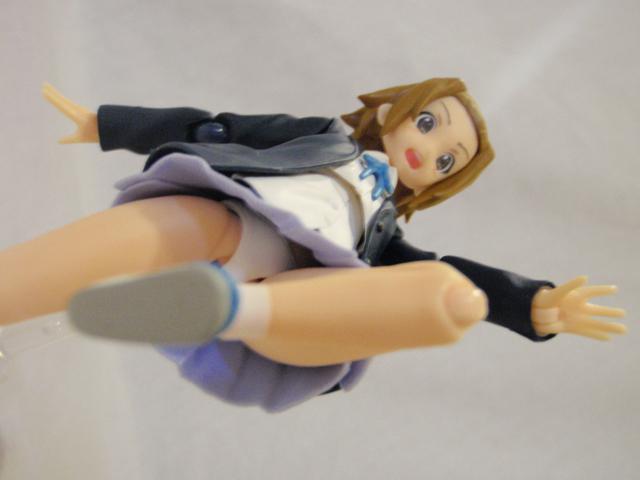 Another winner Figma release. There’s so much character to her faces, you don’t want to be without it if you’re a fan of K-On.