A few years back Mega Bloks had a hit with their Dragons line. These toys were Mideval-style dragons with knights and castles. While the buildings and figures were based on the common building block style, the Dragons were actually completed figures with a wide range of articulation and gimmicks.

After Dragons had ended, Mega Bloks had another hit with their Halo line. One of the things that made this line great was the excellent mini figures of the space marines. The vehicle designs were more mature as well, featuring more complicated builds and mixed media.

It appears that Mega Bloks took the best of both worlds and combined them into one great line – Dragons Universe. 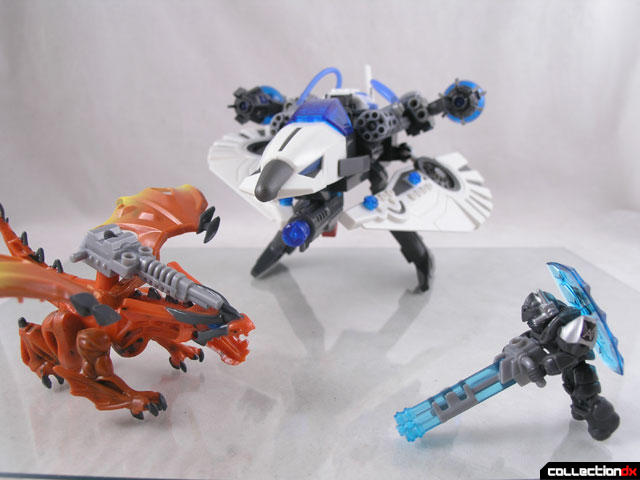 These feature two warring factions – The human Alliance and the Dragons. The Alliance uses futuristic warships, while the dragons have advanced weaponry.

From a kid’s point of view, this is a match made in heaven. Dragons. Starships. Construction. Collectors will dig the cool designs and mini figures. 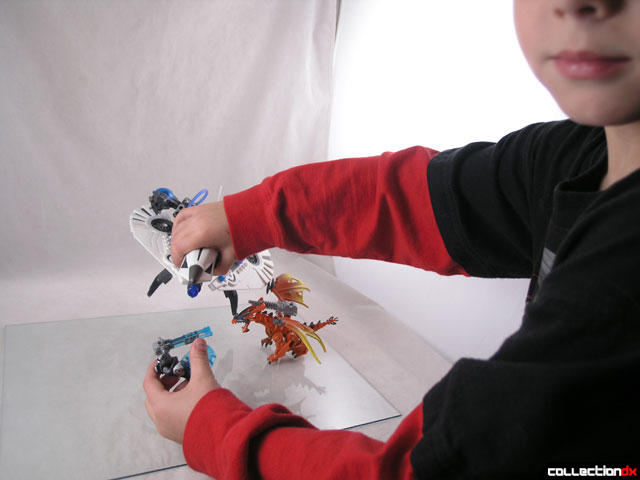 The Rapid Fire Dragon Fighter is a mid-sized vehicle with no electronics. What it does have though is missile firing action. The build is easy – easier than a comparable Lego set. What it lacks in complexity it makes up for in durability. When built, this is an actual toy that holds up to repeated play. There are no loose parts or extraneous bits prone to falling off. This is something greatly improved from previous Mega Bloks lines. 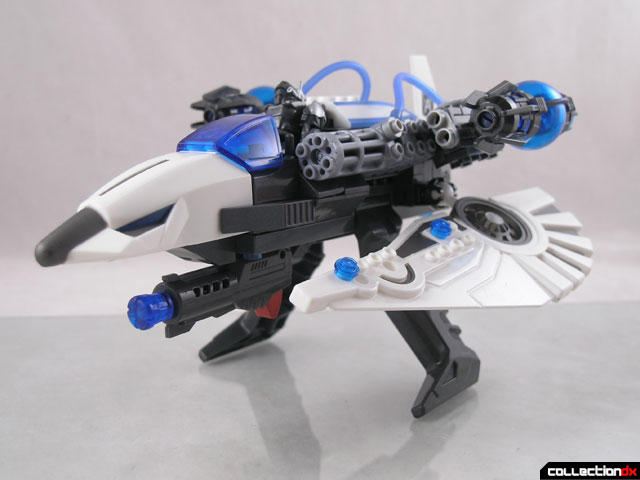 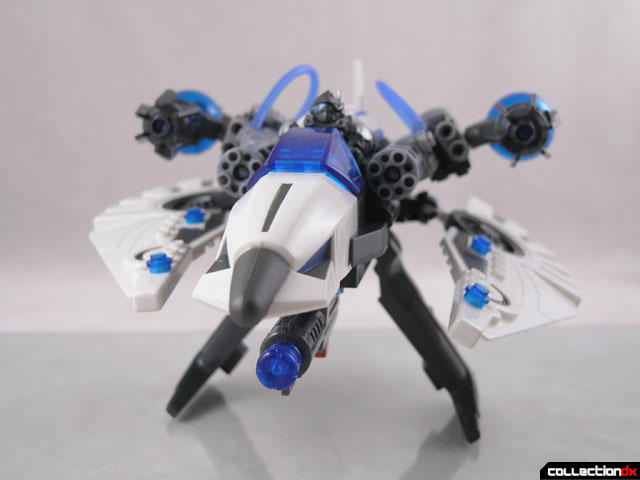 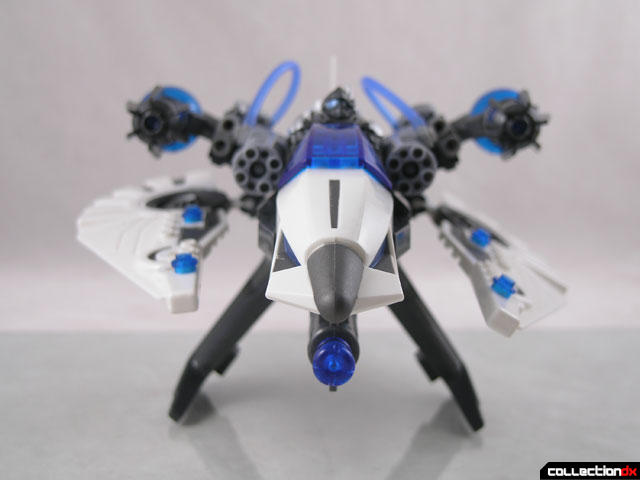 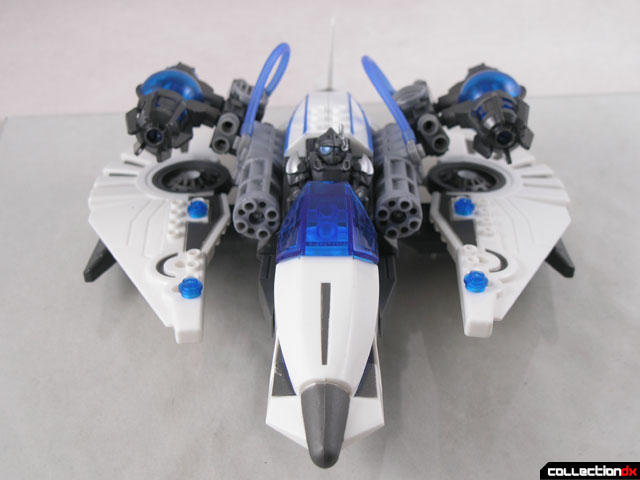 The fighter has two main gimmicks – one, the landing gear can be gripped together like a handle, and it gives you access to a trigger that fires a missile. The other is the multi-position bird-like wings. 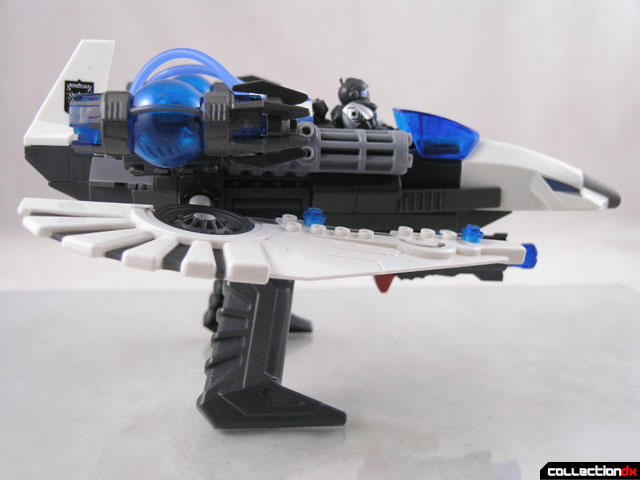 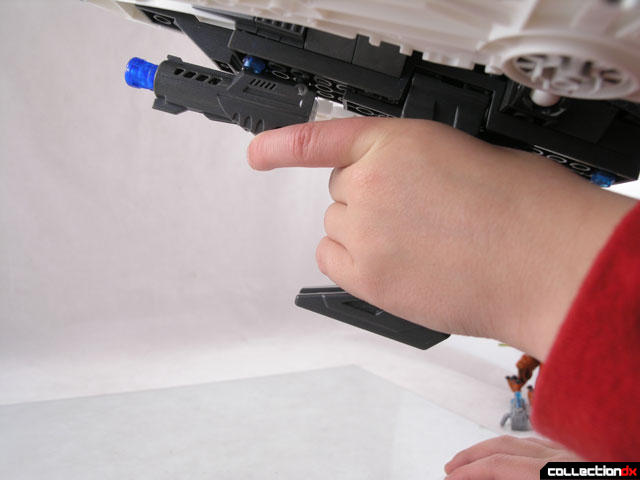 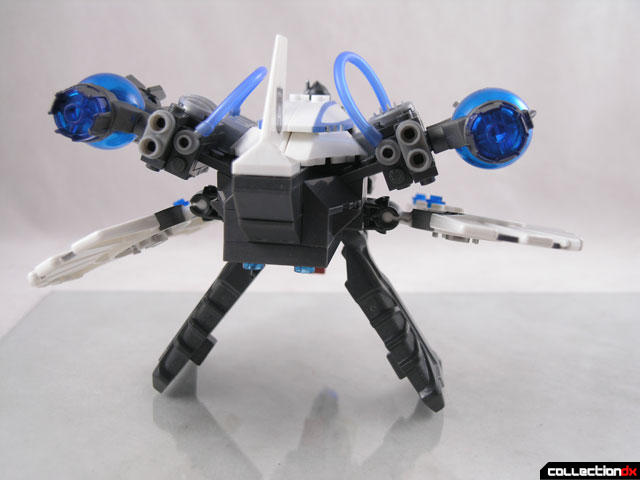 A pilot figure is included, and he has a fantastic range of articulation for such a small figure. Included is a shield and weapon. 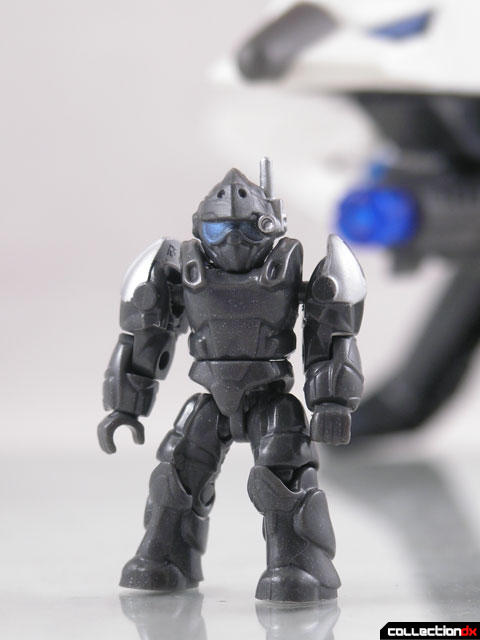 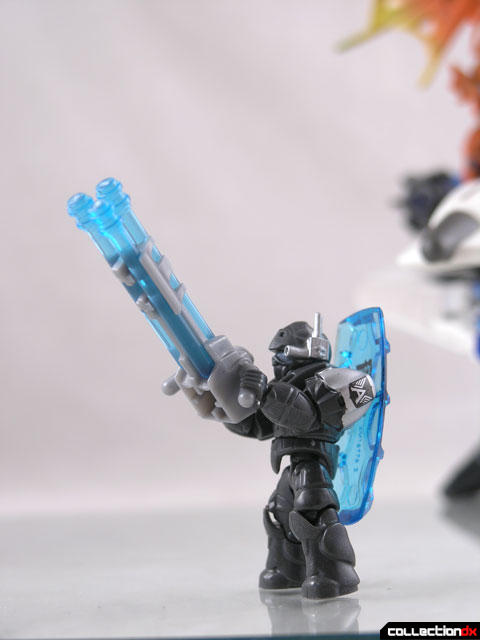 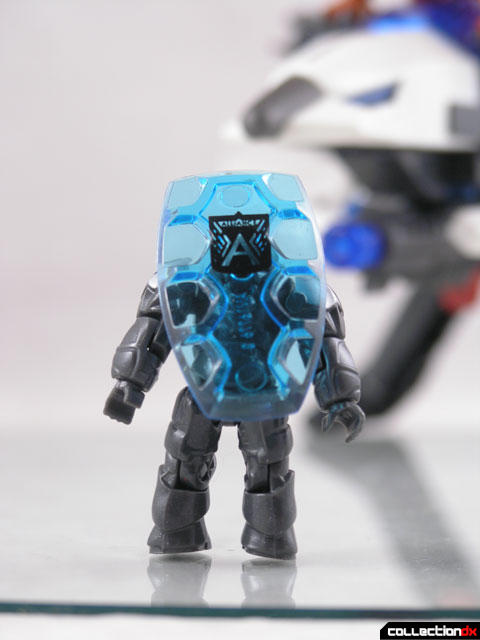 The included dragon is small but solidly built. Previous dragons had a more matte rough finish, but this time the dragons are more futuristic and glossy. Each dragon has a translucent orb in its chest, that unfortunately does not light up. The dragon has rubber wings, and a cannon that attaches to its back. 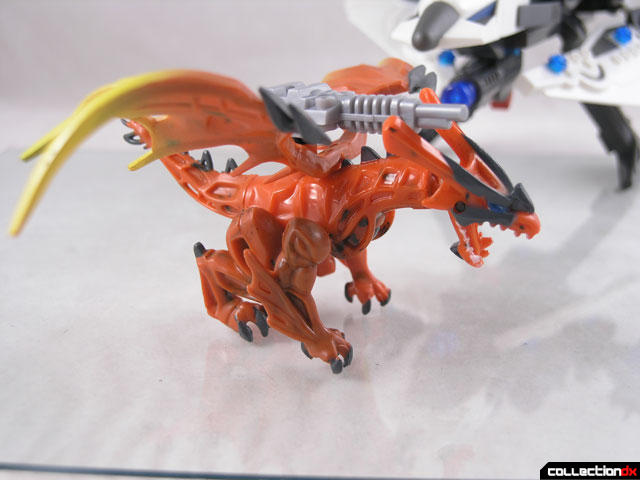 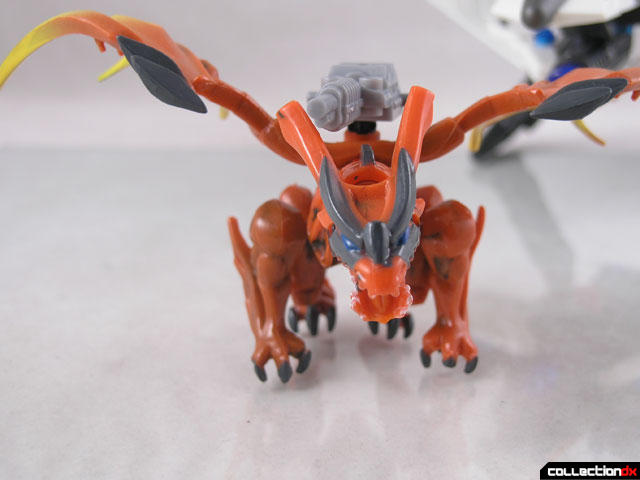 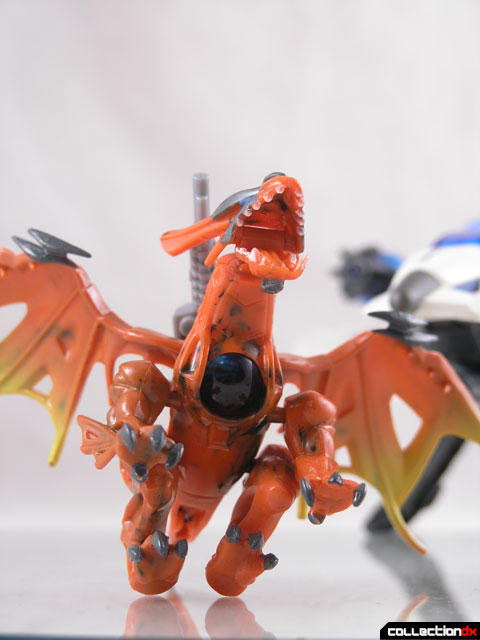 All in all – a solid set with great play value.

4 comments posted
Reminds me of the enemies

Reminds me of the enemies from the shooter game Darius.

Ha! Good point about Darius. Hadn't even thought of that. Oh, those giant whale ships...who would have ever thought to weaponize whales?

Anyway, I love this line! So much so that I only bought one little dragon and one of the little hoverbikes. You know I love a toyline when I have to force myself to only buy a few. Same with Legos, really. I could buy them, but then I'd buy ALL OF THEM. Just too many toys out there to get. For what I have, though, I really do like the little dudes in this line. Heck, Mega Bloks has the best tiny figures out there.

I can't remember where or when (brickshelf maybe?) but I have seen some pretty damn cool fan made Lego Darius bosses.
Somewhere at my parents house I actually have a little plastic toy,like a little bigger than a gashapon,of the player's ship. They were blindboxed,I ended up with that and the Vic Viper from Gradius.