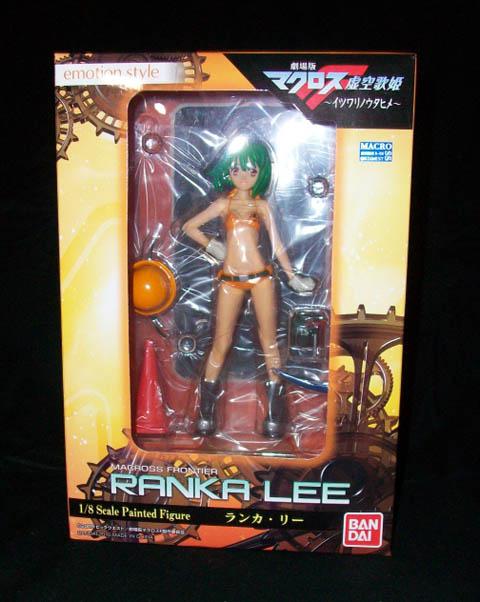 Ranka Lee is the adorable rising pop star in Macross Frontier. In the series she takes a number of silly jobs and I can only assume that this is the idea behind this figure. Overall it’s a really great piece. She’s well sculpted and pretty freakin’ cute!

You can buy Ranka Lee at HobbyLink Japan 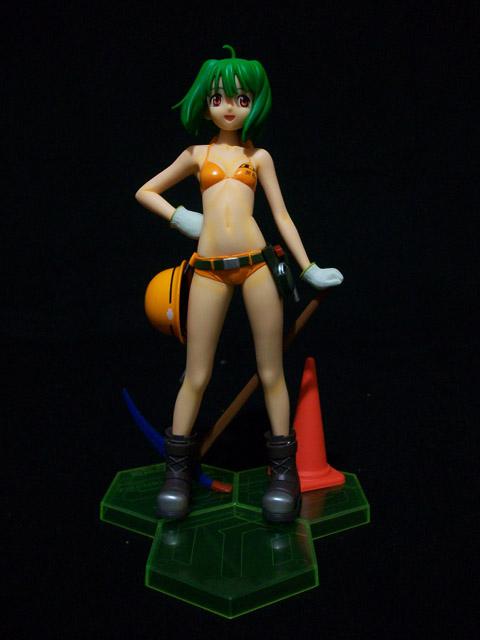 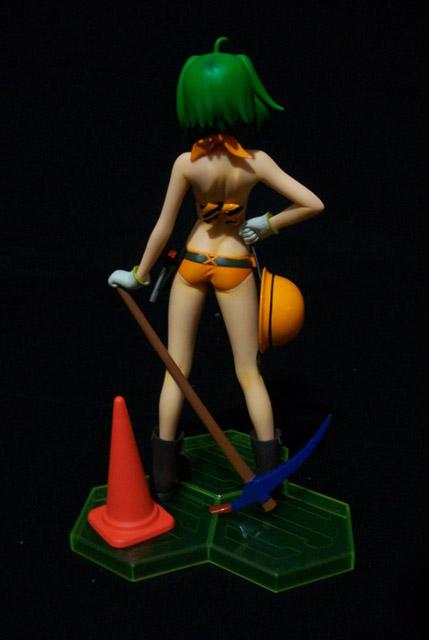 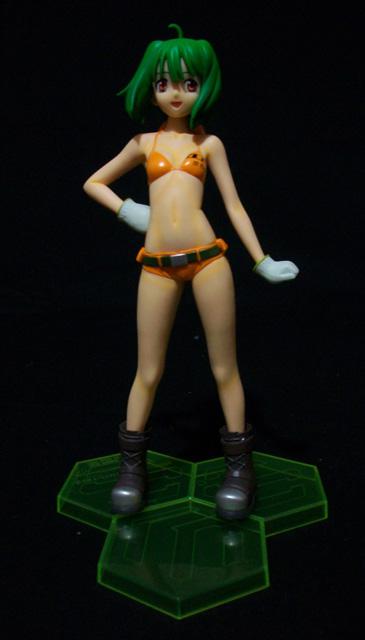 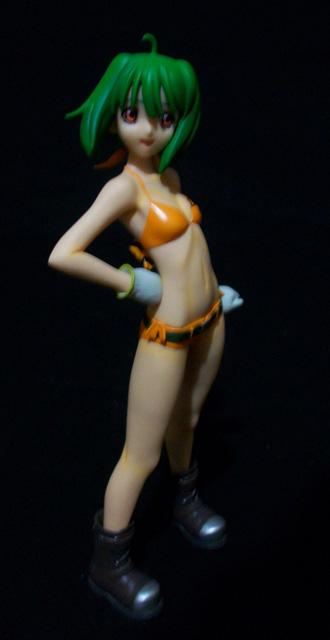 The paint job is great, except for the shading. As you can see it’s pretty yellow looking. Not the best color for her pink skin tone. It almost makes her look jaundiced. 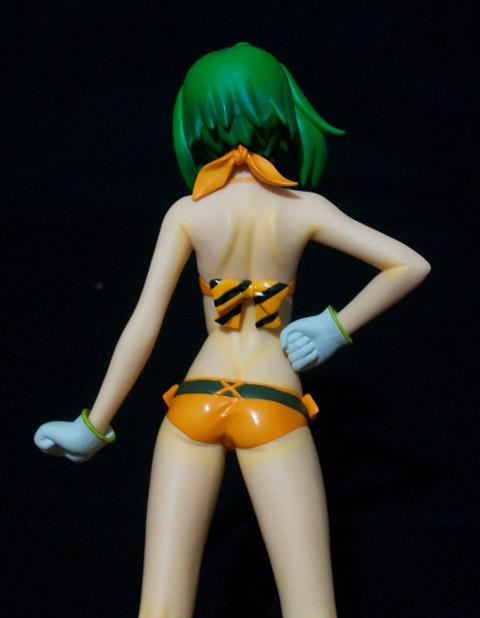 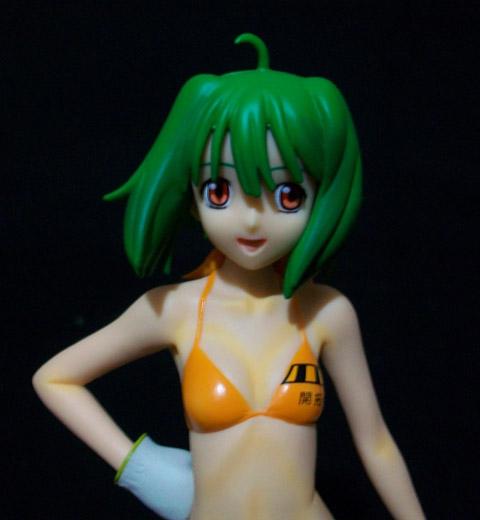 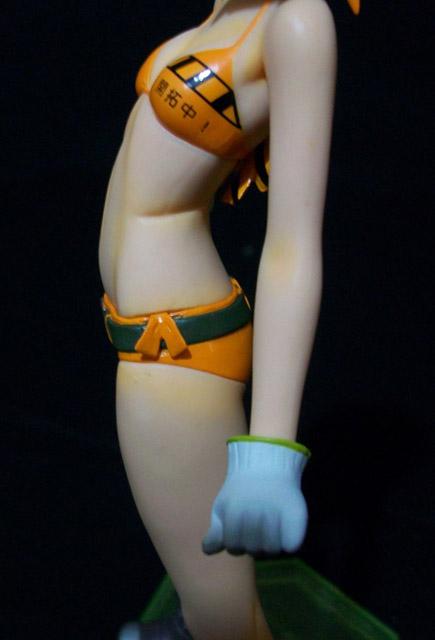 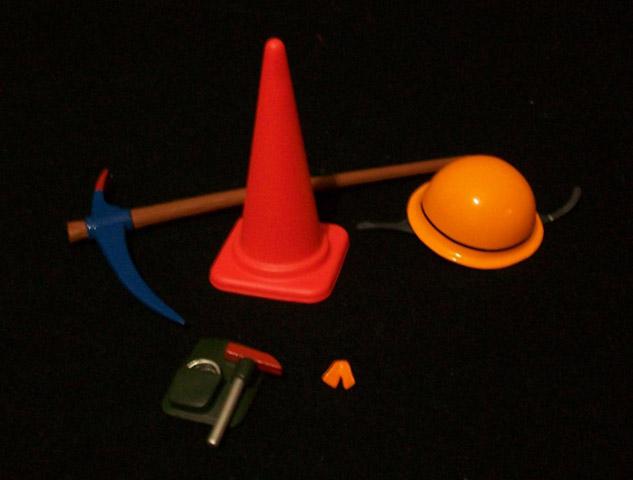 She’s also got a jointed head that can spin 360 and can tilt a bit when not restricted by the hair.

She comes with a variety of accessories as well! She’s got a pickaxe, hard hat, traffic cone, tool belt, bow, and stand. Everything fits snugly where it belongs except for the pickaxe, which needs to be carefully balanced, and the tiny hip bow, which is prone to flinging itself into oblivion. The hat doesn’t fit on her head, but that’s okay. 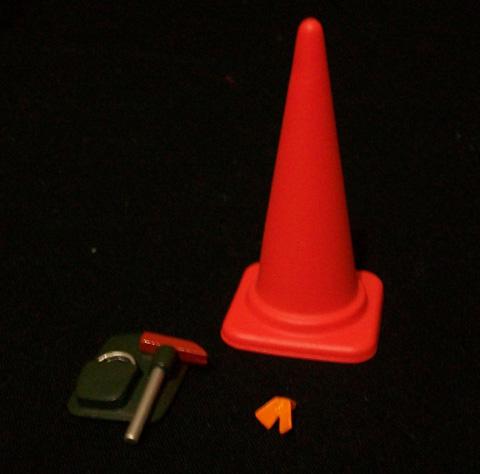 Along with those accessories is a sign. It’s printed onto the inside cardboard of the box. It appears that it should be cut out, folded in half, and used as an extra prop.