Released by Aoshima, here's the mighty Nautilus, from the popular Gainax anime series "Fushigi no Umi no Nadia" ' 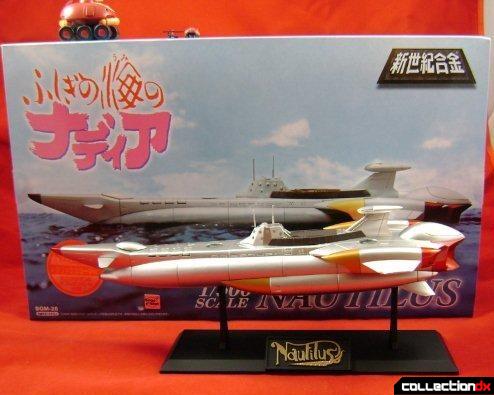 This is the Metallic version. 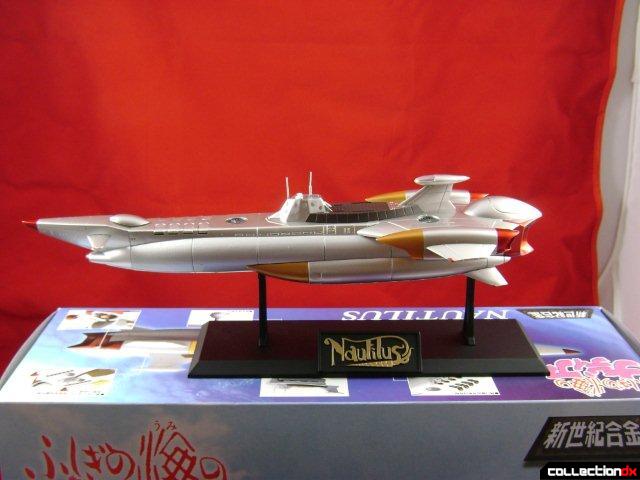 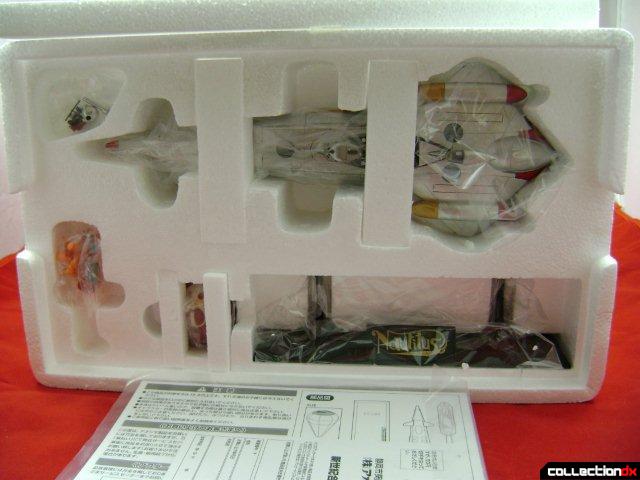 The ship is around 12 inches long, somewhat smaller than all the other Aoshima ships and has no light up features. 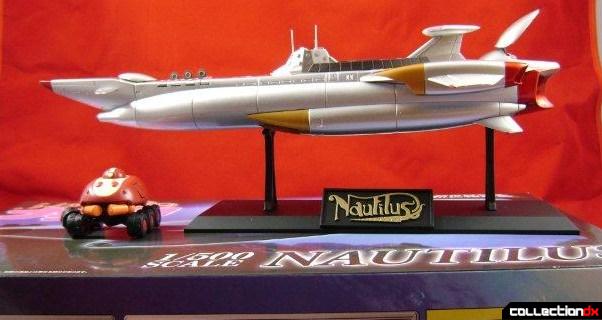 Instead, it has gimmicky, opening missile silos with a button slide in front 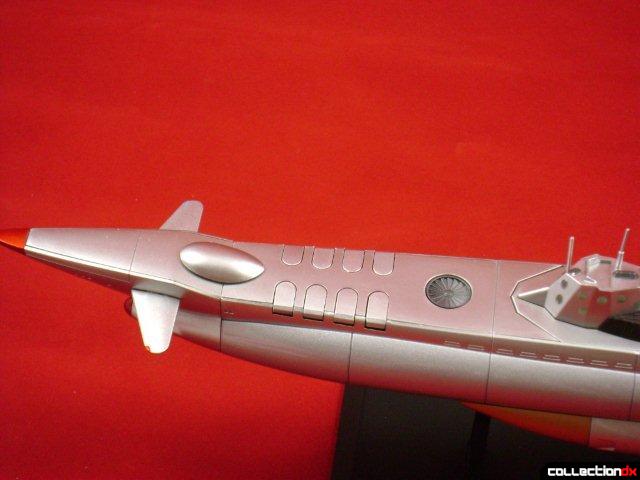 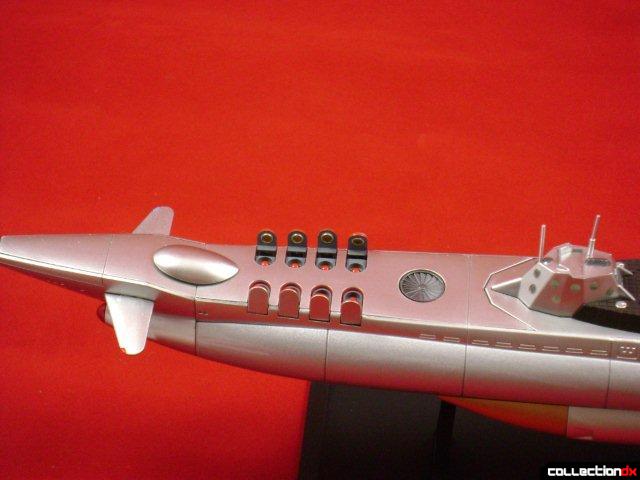 In the back are two weird slide-out twin missile features that once switched/open were very hard to set back. The solution was I held the toy upside down and used my fingernails to slide back...very awkward! 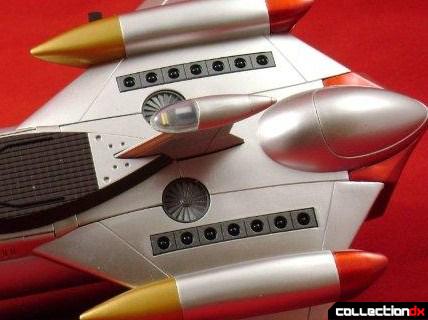 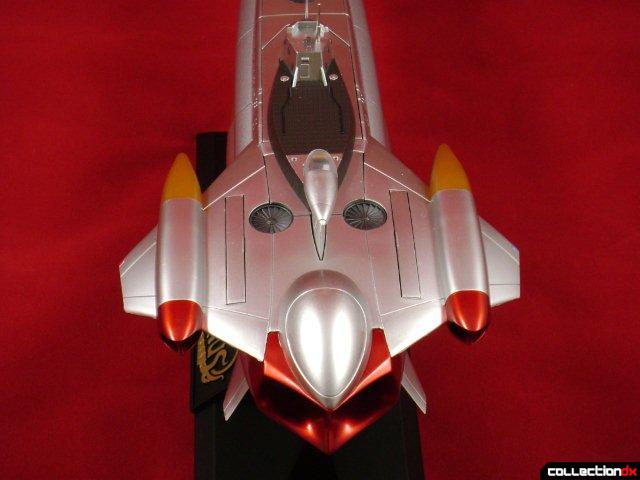 The additional options are a back docking bay… 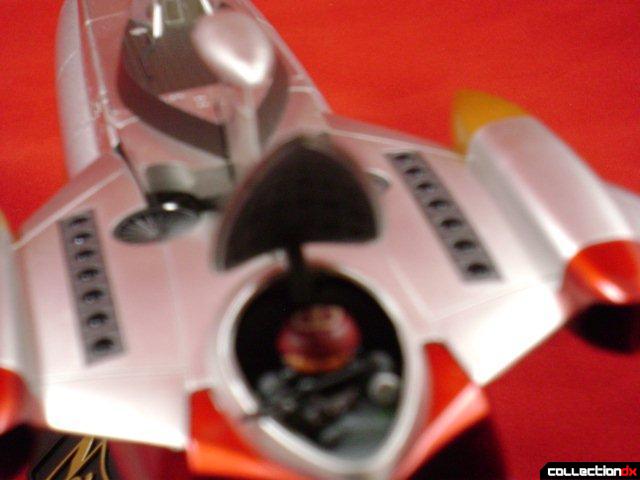 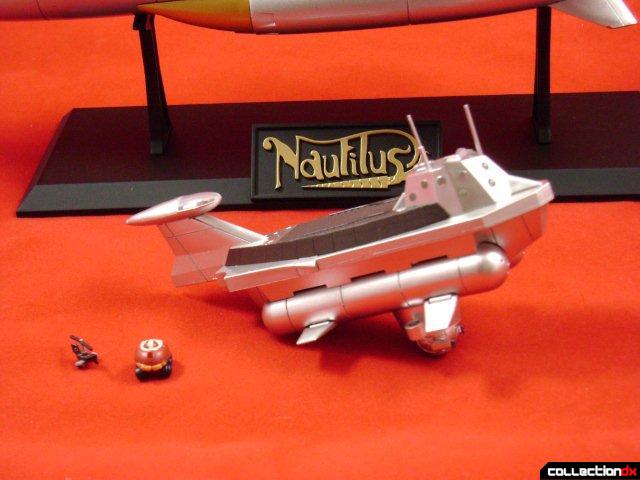 And underneath gun bell. 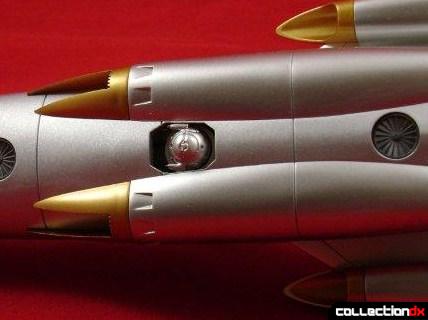 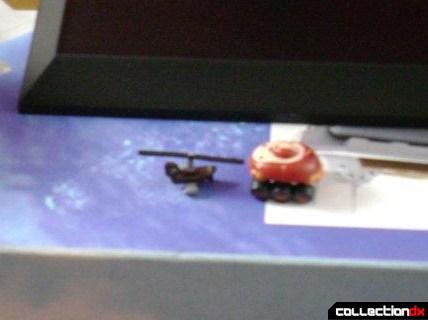 And one larger red pod, which comes with the metallic version and has plastic balloon and long orange legs (not shown, never took out of box). 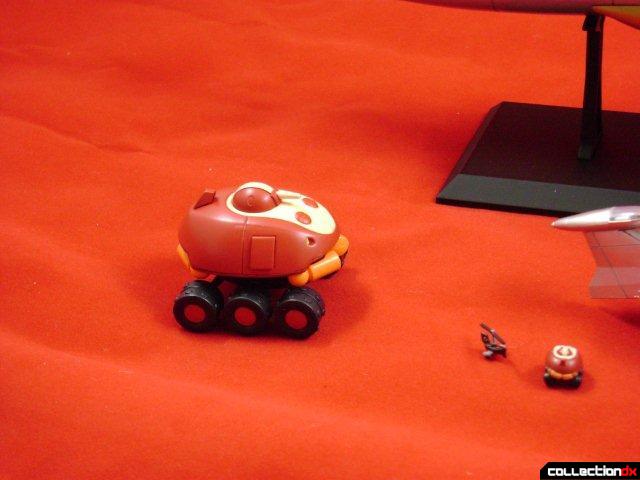 Overall the ship is mediocre, the stand has a tenuous hold on the ship (not easy to see where it should lie), 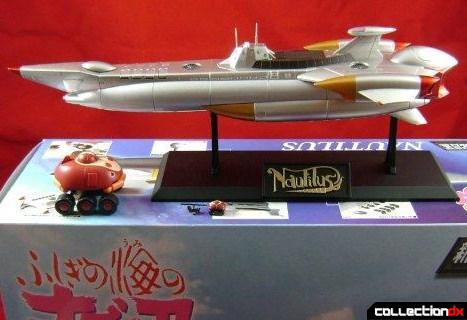 and the look, size, and lack of lights… 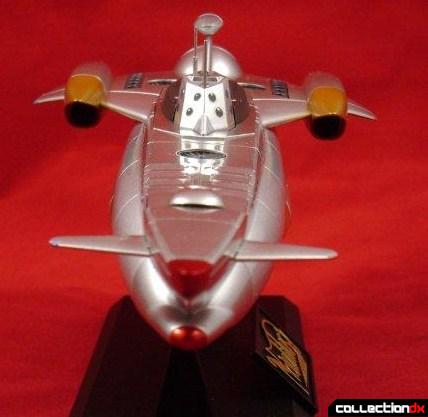 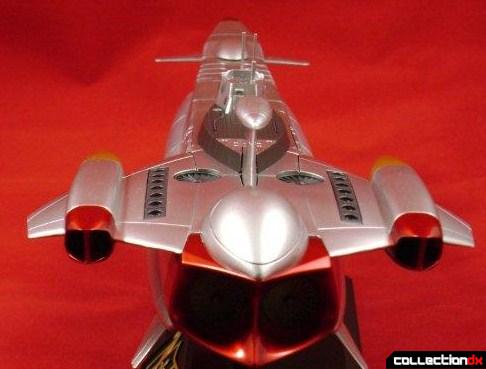 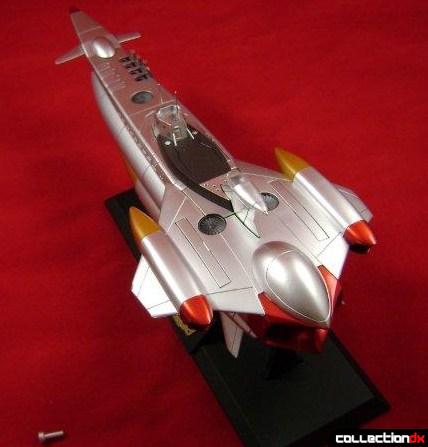 The price is around $169 on sale plus shipping, and for that I say pass and get another Chogokin. If you’re a big fan of the anime magazine or cartoon, it is mostly metal and does look pretty good.

I'm getting a big Gerry Anderson vibe off this one.

The little red ship and it's larger version are called the "Grandis Tank" or "Grantan" depending on translation. The show this is from is a wonderful exploration of everything Jules Verne, through the eyes of Hideaki Anno (Neon Genesis Evangelion, Gunbuster, Shin Godzilla). The show starts off feeling like an American kids show with goofy jewel thief villains chasing a pair of young teens around the world in a Steampunk era. But then things change. The villains turn out to be not so villainous, all end up allied with Captain Nemo, and the fun really begins. The Grandis Tank is the Goofy Villains vehicle. The little plane is the kids. If you can make it past the first two episodes, where it is still a wacky american style chase cartoon, it suddenly becomes one of the best and deepest animes ever made. What NGE could have been of Anno hadn't gone off his meds for the last two episodes.

The new 20th Anniversary Soul of Chogokin book shows a picture of the Nautilus II from the second season of Nadia. It's a sleeker winged ship that can fly. Bandai might be considering one.