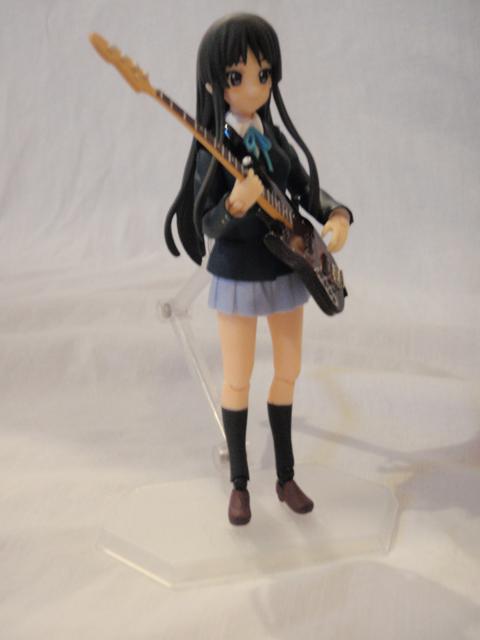 K-On! is a great series from Kyoto Animation (Lucky Star, The Melancholy of Haruhi Suzumiya) that started in 2009 with a 14 episode series, got a 26 episode second season in 2010 and will be getting a theatrical movie next year. Suffice to say, K-On in enormously popular and this year saw the release of Max Factory’s K-On Figma. 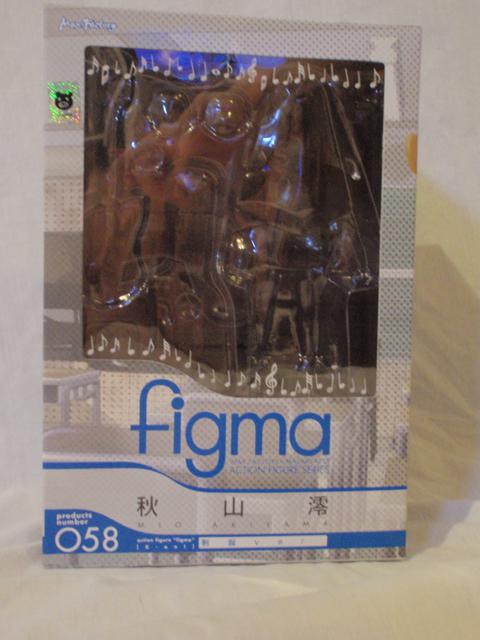 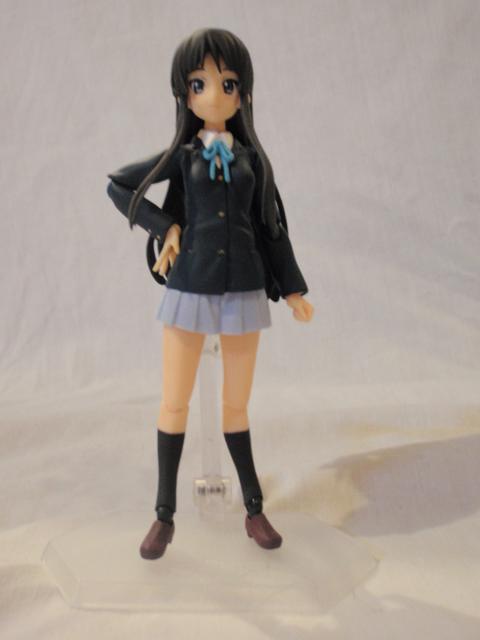 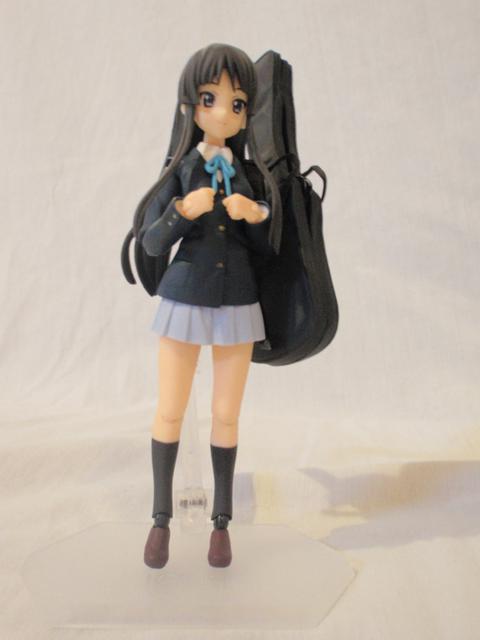 Mio Akiyama is the shy and easily scared bass player of the group. Her figure has articulation in all major parts and can pull of almost any pose you can think of, though her long hair might get in the way of some poses. Unlike the previous Lucky Star Figma, the hands on the K-On Figma are easy to change as they’re just a regular long peg and not a ball jointed peg. 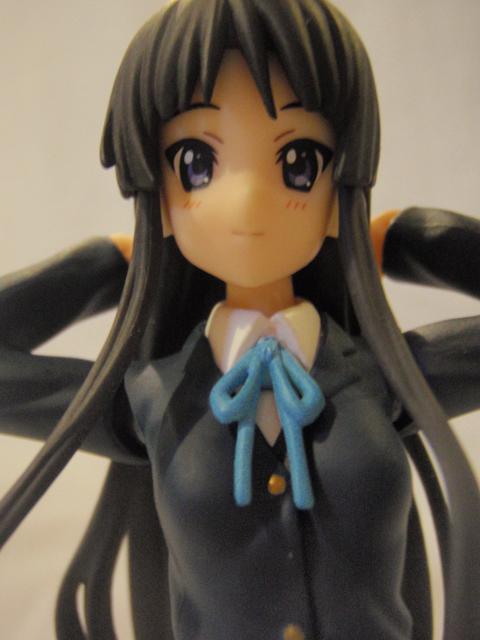 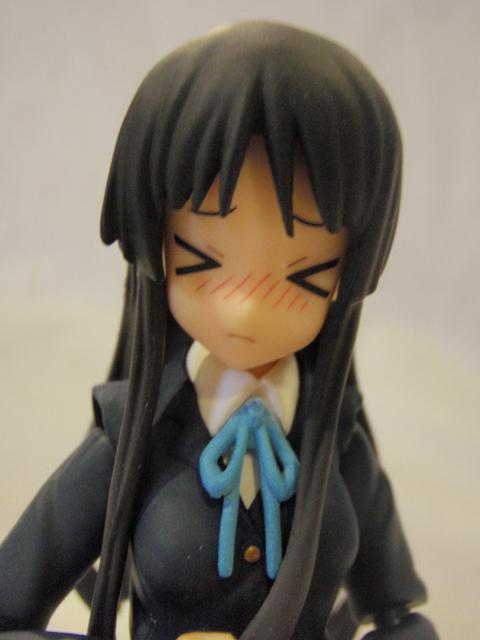 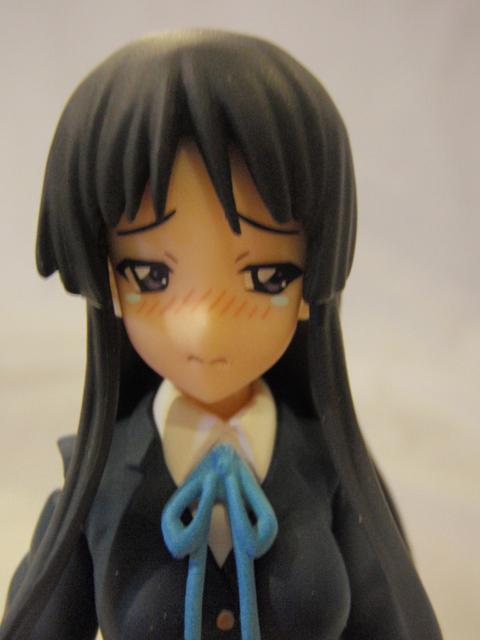 Head changing is easy. She comes with a normal smiling face, a crying face, and a “doh” closed eyes face. 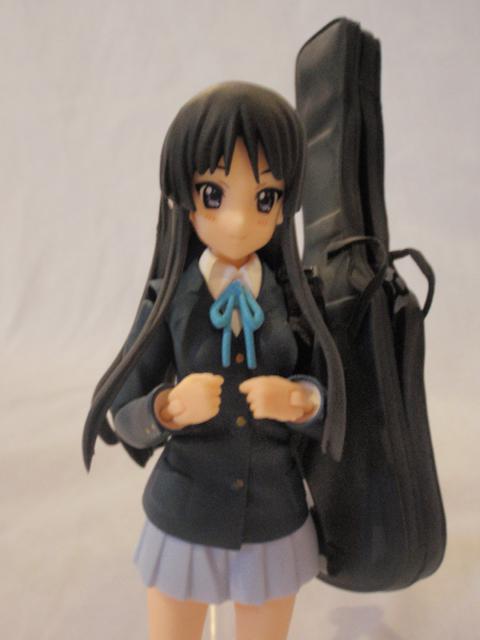 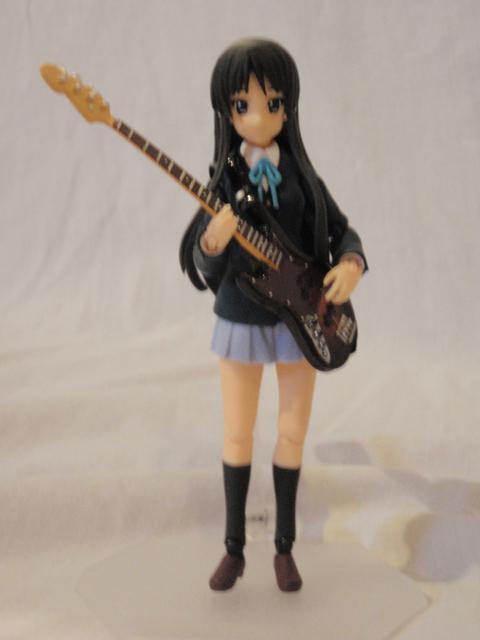 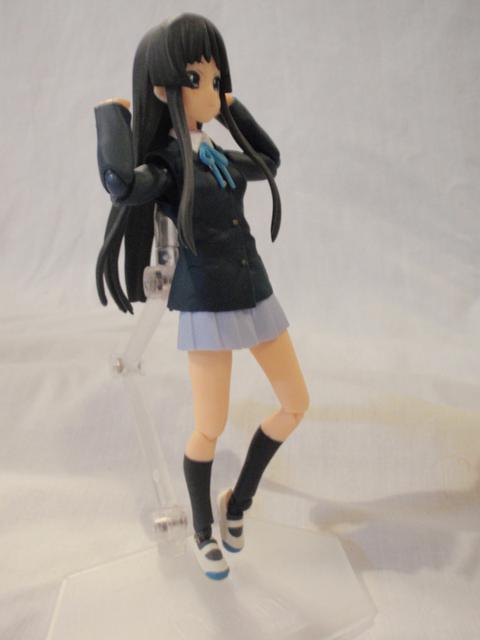 Putting the bass guitar (a Fender Precision Bass) in and out of the included bag (a nice touch) and on Mio herself is no problem. Putting her on the included stand is easy too. Each K-On Figma comes with regular shoes and indoor Japanese school shoes. 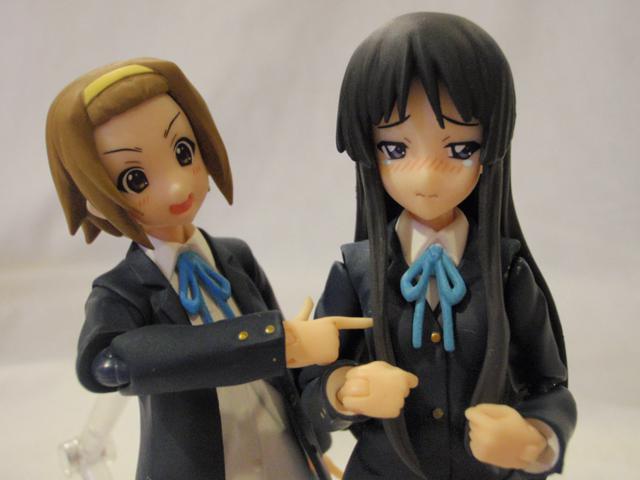 Once again, this is a great Figma and will go great with your other Figma figures.