The classic video game hero Mega Man (or Rockman, if you prefer) has had no shortage of toys over the years. After considering it for a while I finally bought the latest re-release of Kotobukiya’s kit of the Blue Bomber, and I really like it. 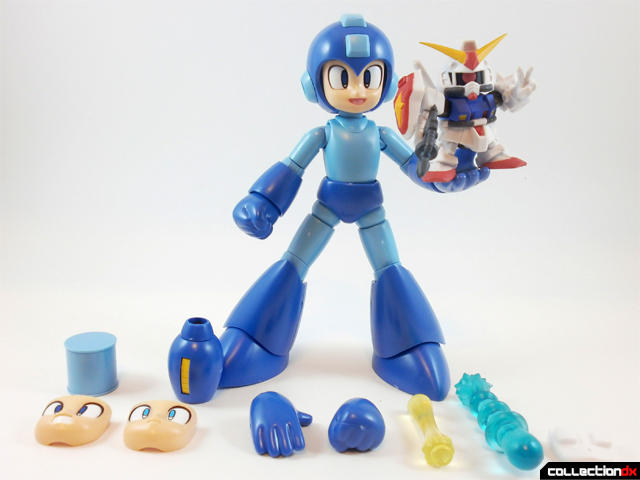 The build is incredibly simple and good for beginners. Kotobukiya’s color separation and pre-painted parts ensure that not a lick of panel lining or paint is needed for a spot-on final product. Although, there are a few water decals, which you don’t see here because I can never quite get the hang of them. Along with the base figure, you get fists and splayed hands for right and left arms, a Mega Buster that can fit on either arm, a bunch of extra faceplates, Energy Tank, and two effect parts. 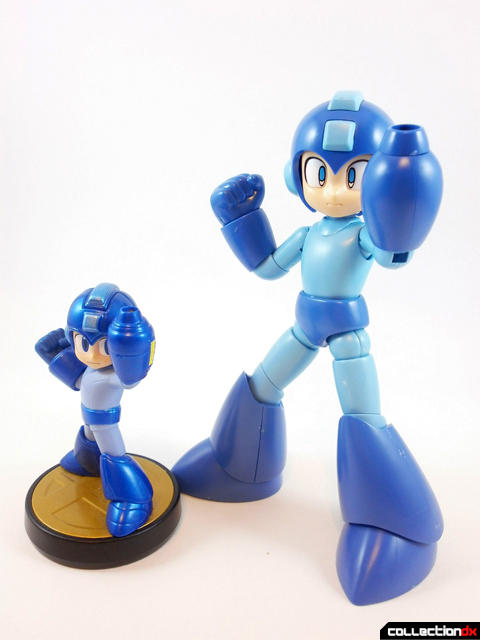 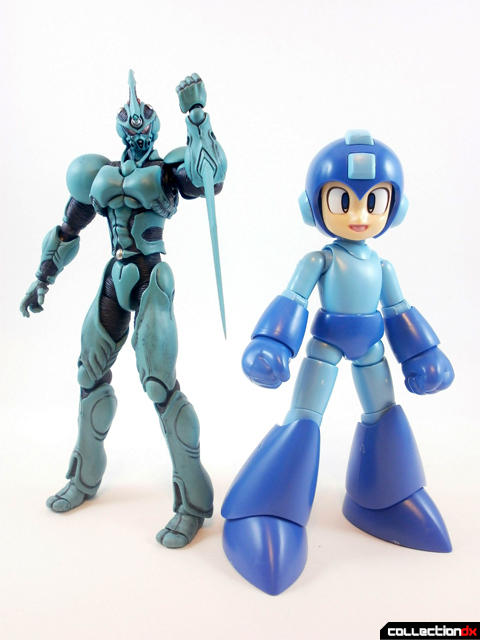 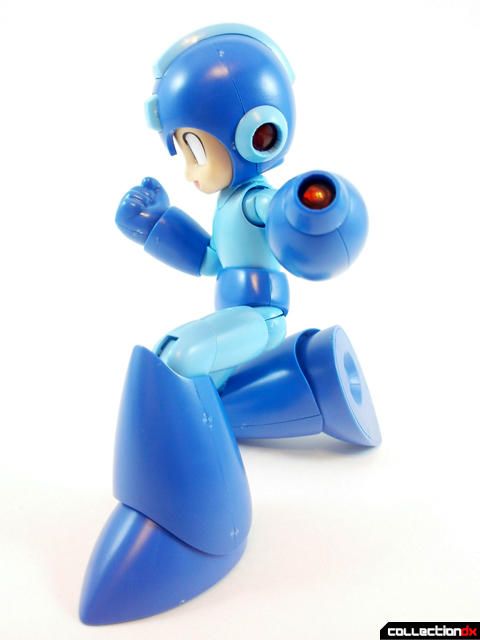 Articulation is good, with plenty of joints all around that can hit 90 degrees or so. 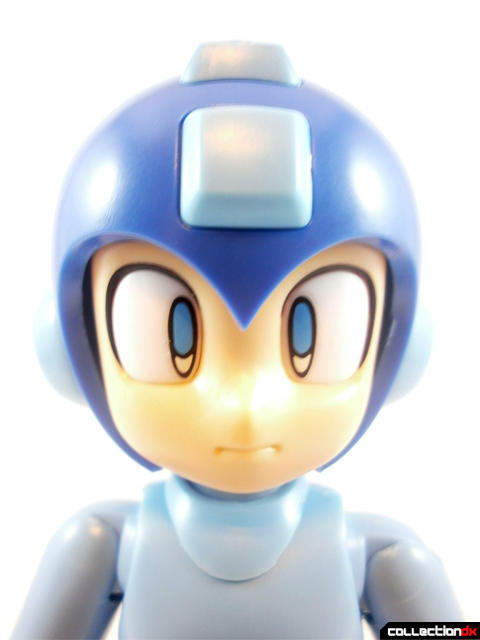 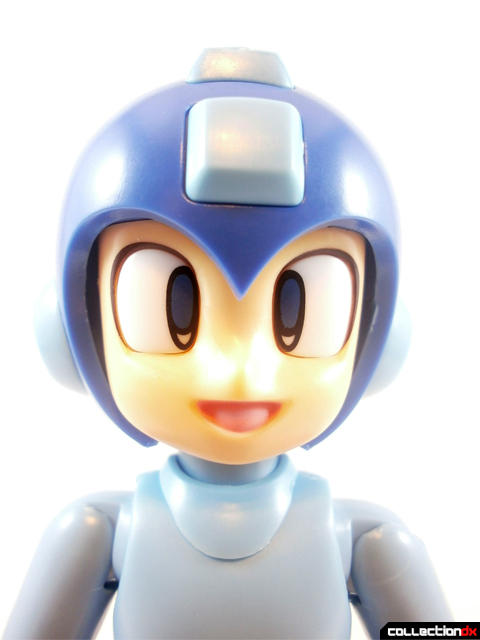 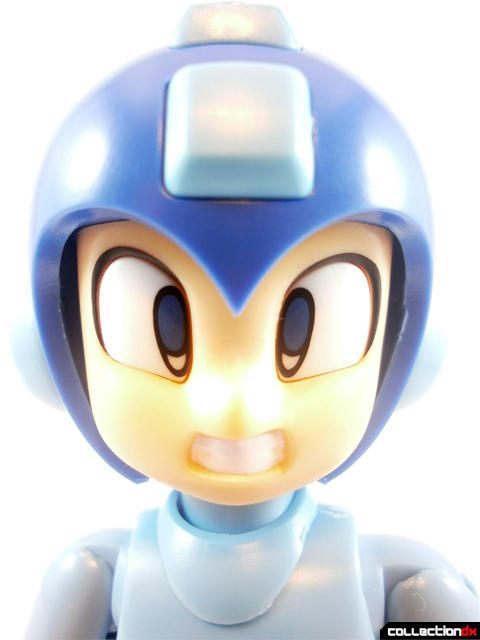 Each face is two pieces, one with the mouth and eyes and the other fitting snugly over. You can change the pieces between easily enough if the mouths match up. Water decals are included for two of the plates so you can have your Mega Man looking any which way you please. The faceplates all easily slide out and in for quick swapping. 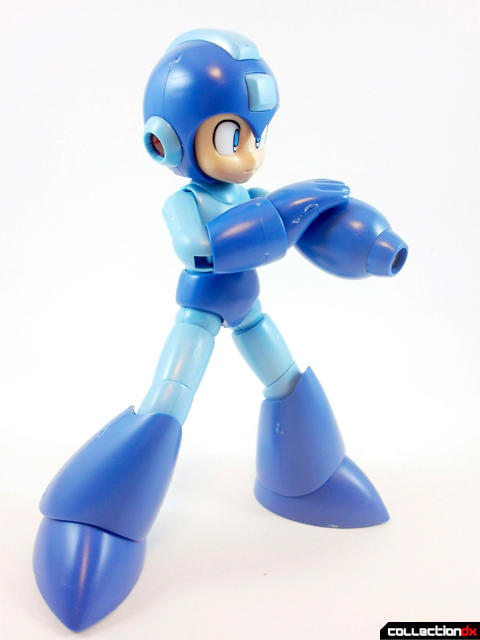 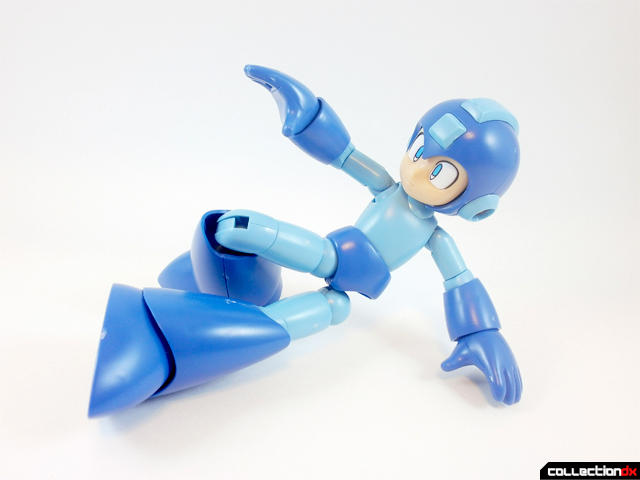 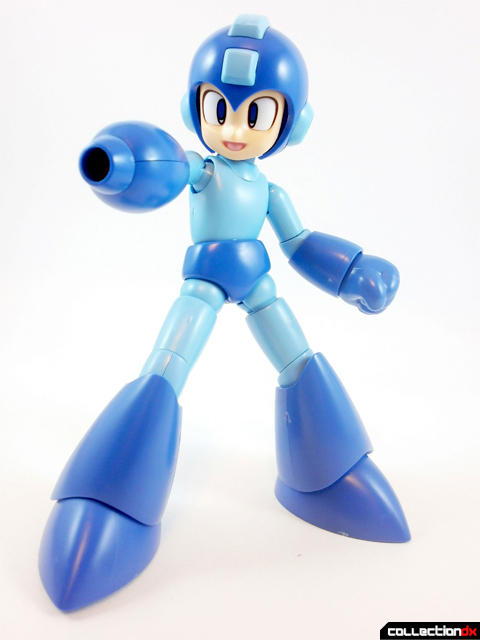 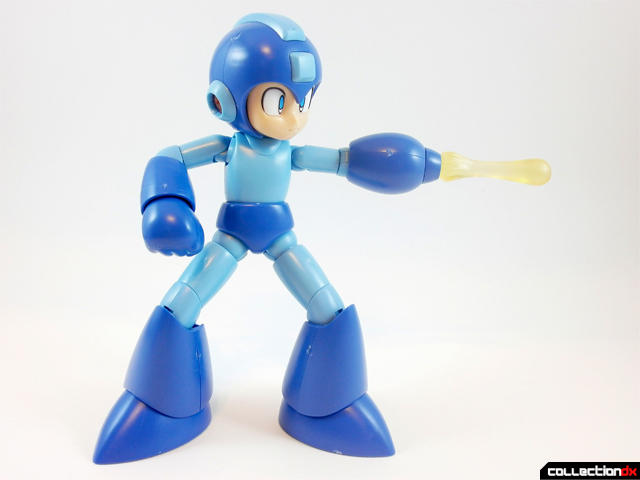 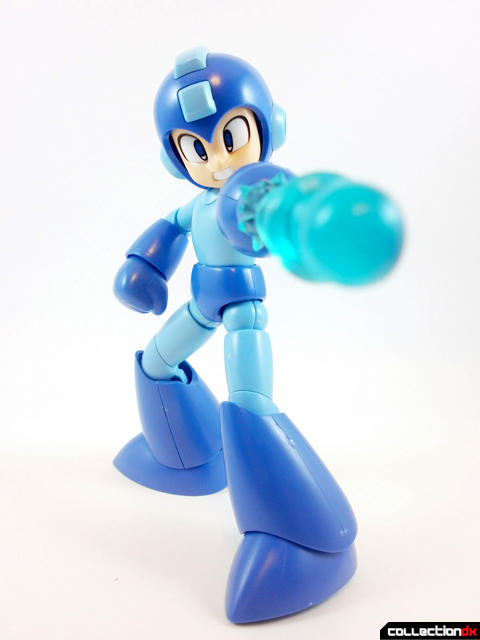 Mega Man looks good in any of his trademark poses, assisted by two effect parts, one for a regular Mega Buster shot, one for a charged attack. The Energy Tank has a square extrusion that fits snugly into a hole in the splayed hands. 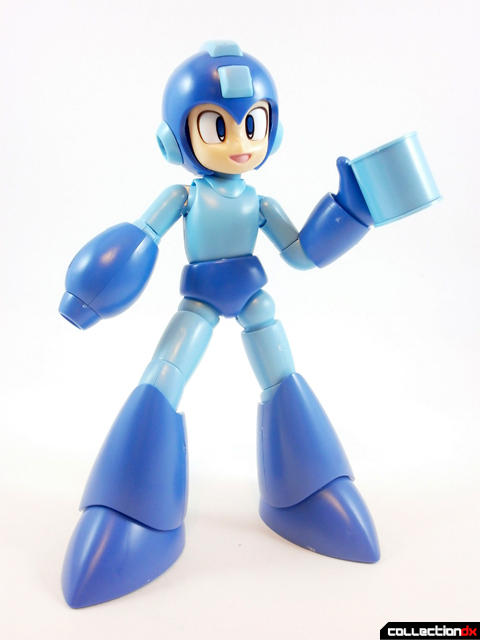 I had a lot of fun with this kit in general, but to close I would like to say that the build itself is the best part. The instructions have you build starting from the feet, move up to the legs and torso, and finish with the arms and head; so you almost feel like you’re building an actual robot from the ground up. If you’re a Mega Man fan, even if you’ve never built a model kit before, especially if you’ve never built a model kit before, give this a look.