Makoto Hikawa was your average police officer, until one day he witnessed a horrible monster attack. Instead of running away, he fought the foul creature and managed to save almost everyone from certain disaster! This act of heroism landed him a promotion, and with it, the power to use a suit of armor created from the data recovered from Unidentified Lifeform #4. This armor allowed him to become KAMEN RIDER G3! 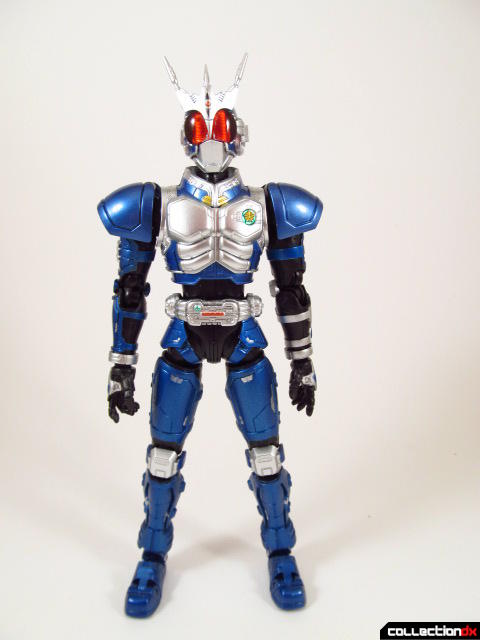 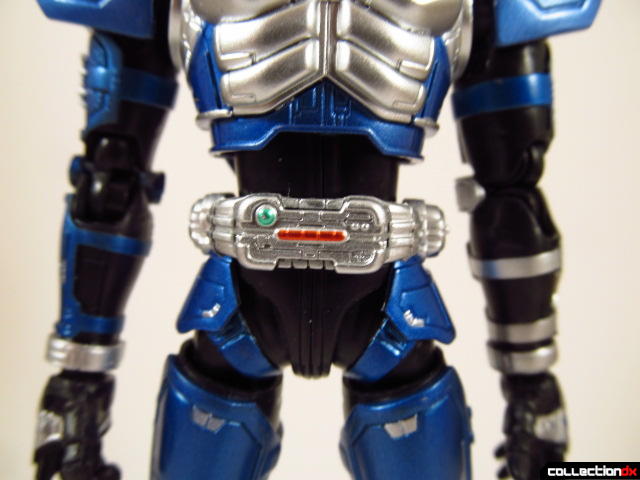 Kamen Rider G3 was actually the first Rider seen in 2001's Kamen Rider Agito. After the success of Kamen Rider Kuuga before it, people wanted a sequel. Since Toei didn't want to do that, they created a completely new series entirely unrelated to Kuuga. You know, except for the suit designs, villians, and the fact that Kuuga himself was labeled UNIDENTIFIED LIFEFORM NUMBER FOUR in his series. Despite the similarities, Agito was a show that was able to stand for its own merits without relying on Kuuga's success.

But hey, I'm not here to mindlessly ramble about the show! LET'S LOOK AT THIS TOY! 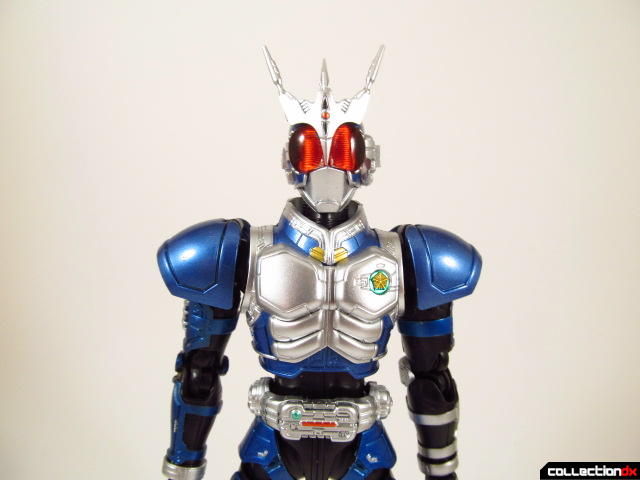 Alright, I'm just going to say that this figure looks gorgeous! Since it was an earlier Figuarts release, it was incredibly lanky looking and loaded up with diecast (mainly in the feet, though). I really like his lanky proportions, although I understand that some people like a little chunk with their action figures. Almost all of the blue is really metallic, but it doesn't feel like it's going to chip off like a lot of other metallic toys. He also has some GORGEOUS COMPOUND EYES! 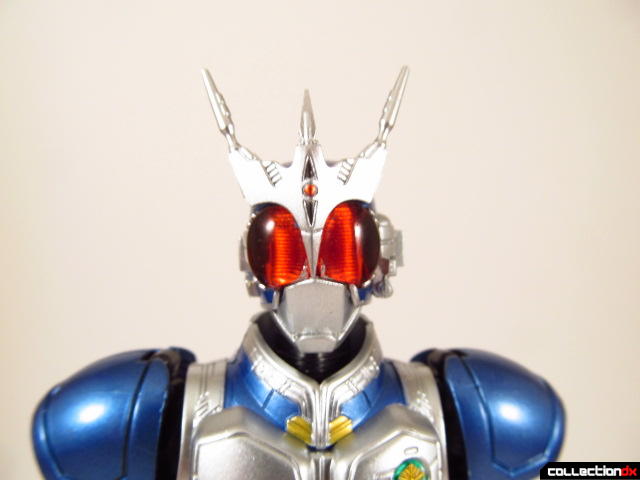 OH MY LORDY, LOOK AT THOSE THINGS. I COULD GET LOST IN THOSE BABY REDS. 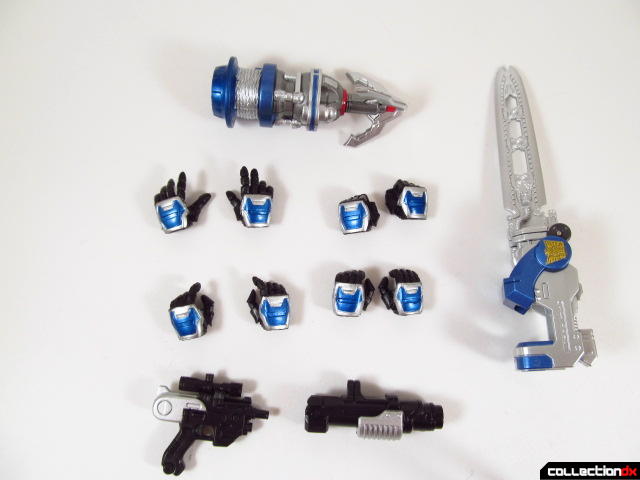 ACCESSORIES! LOOK AT THEM ALL! He comes with four pairs of hands including fists, splayed hands, holding-things hands, and holding-gun hands! He also comes with his gun, the SCORPION, the grenade attachment, the SALAMANDER, his sword, the DESTROYER, and his grappling hook, the ANTHARES. Ok, the last name is kind of lame, but he looks AWESOME holding his stuff! 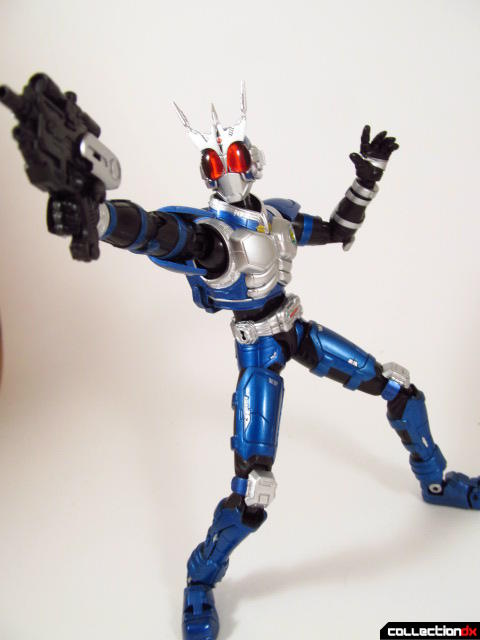 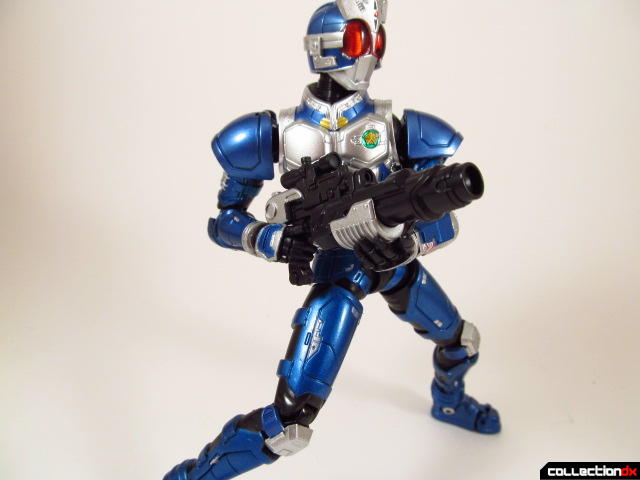 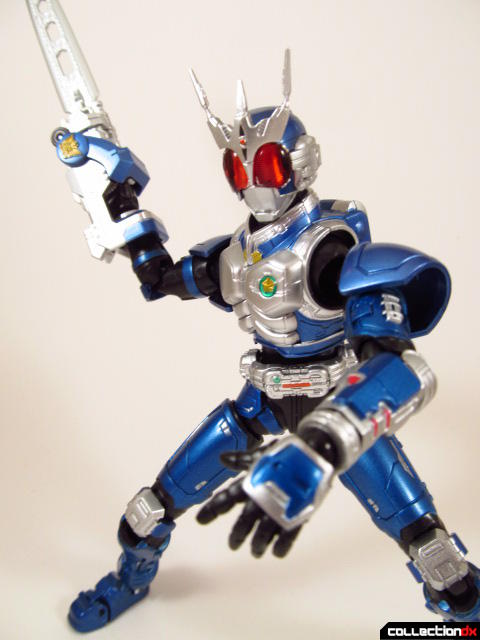 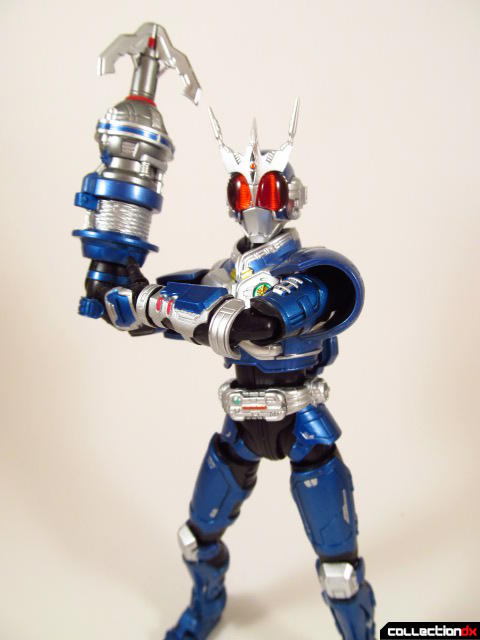 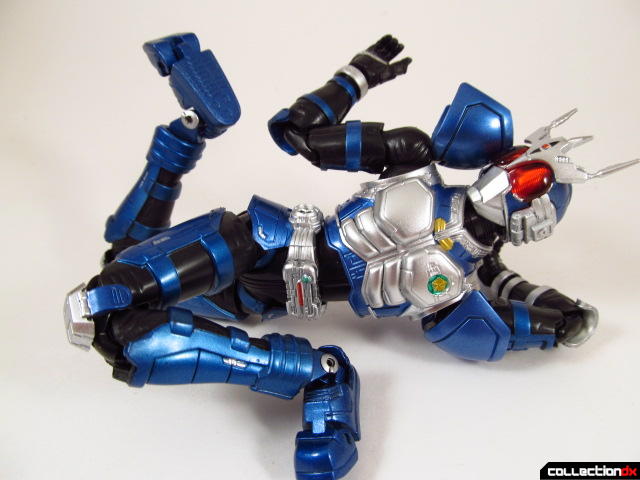 His articulation is excellent, as with most Figuarts releases. He has ball-joints and double-joints EVERYWHERE. My only gripes are with the hips and wrists. The hips are on a modified ball-joint with plastic flaps hanging over them. This is how it was in the show, but it really hinders a lot of poses. Plus, I feel like they are going to break off if I don't touch them gently. The wrists on mine were also INCREDIBLY loose. He can hardly hold any of his accessories properly because the added weight would make his hands sag. This could just be a problem with mine, but that's something to think about before buying. 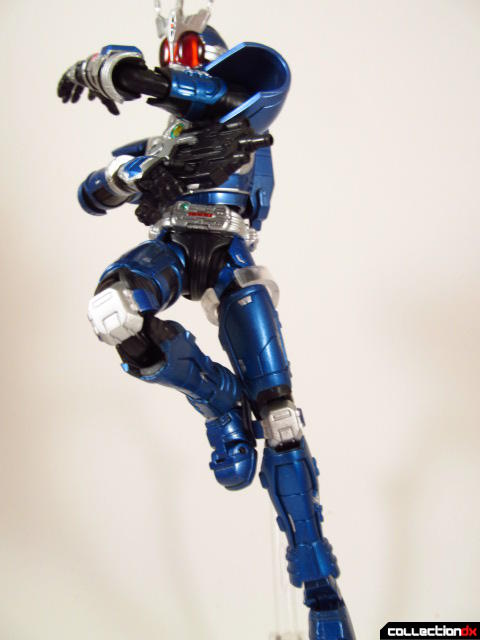 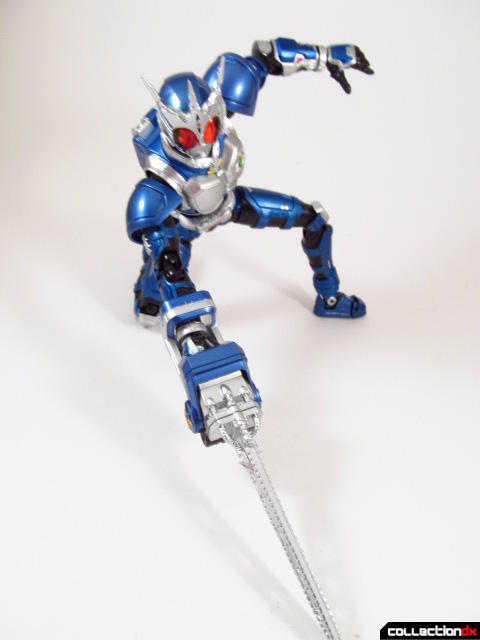 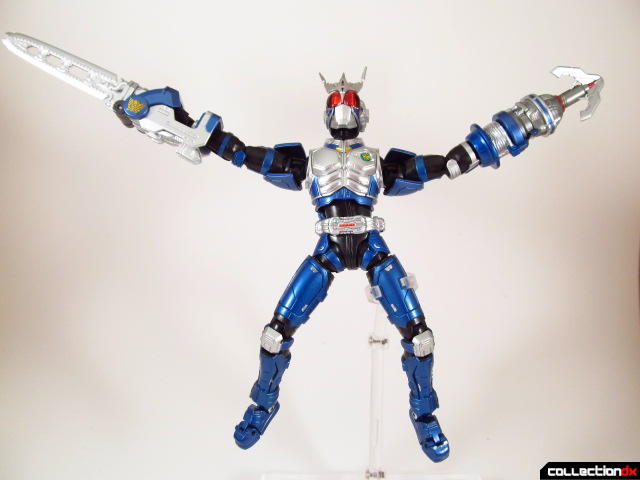 Overall, this figure is pretty great for those who really like the show or character. G3 gets upgraded to G3-X later on in the show, so some people see this release as kind of unnecessary since G3-X is superior in every way (in the show, at least). Still, if you can look past his flaws, you'll find a cool bugman who's totally worth your time! 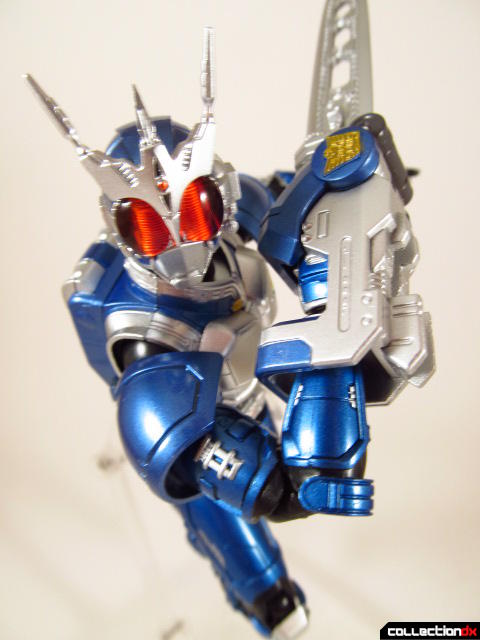 Having never seen "Agito", some of G3's weapons look like carryovers/reuse from "B-Fighter" and "B-Fighter Kabuto". AmIright?

I really liked this guy in Agito, having him suit up in a van with the help of two other people added a realistic spin to the G3 system. I also like the nod to Riderman with that grapple hook arm jobby. Ive been planning on picking him up, as i prefer base forms over upgrades, they always look more iconic to me. Ive only seen the show up to ep 16, but its enough to fall in love with it and now i need to see more!

I know the feeling. I always prefer the base forms!

I like the look of this one! I know next to nothing about Kamen Rider, but that's a hell of a cool toy.

I love the crown this guys wearing. I suppose it's meant to represent the horn of some beetle?