What I surprise it was to go from a basic Revoltech figure to this Geno Breaker. It's like comparing apples to oranges. A standard Revoltech has a decent amount of joints that allows some great posing. The Geno Breaker however has a mind bending amount of joints just littered on its body allowing some amazing amounts of articulation (56 points of articulation using 40 joints). I got a headache just thinking about how many teeny joints it has.

It comes in a rather large Revoltech box. It requires very basic assembly to get started. Once you have everything done, you get this. 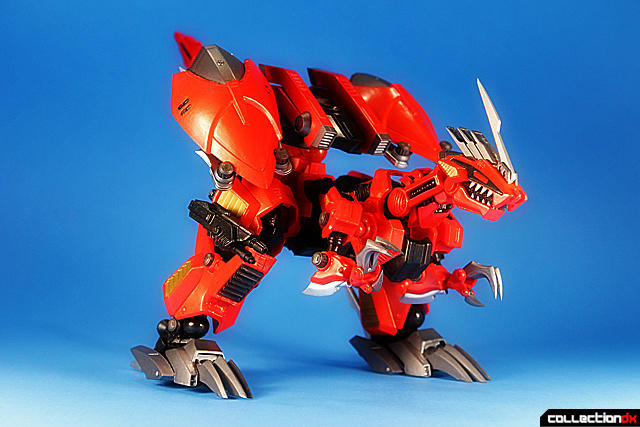 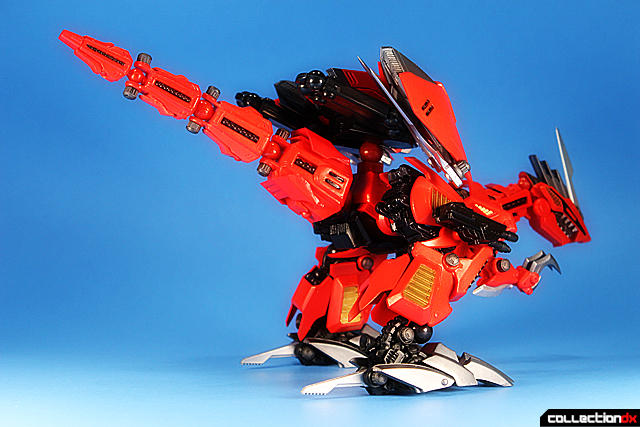 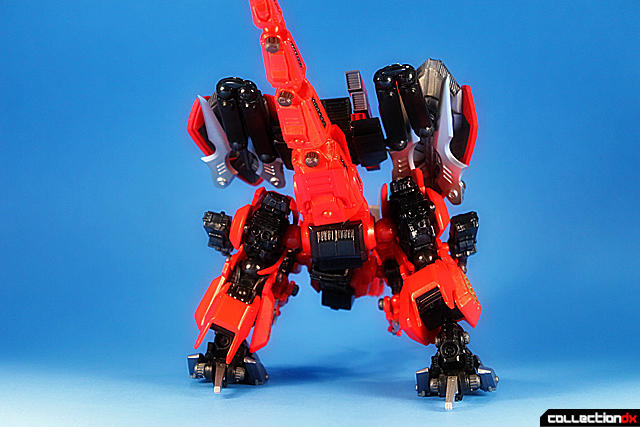 I have a thing for robotic Dinosaurs/Dragons so this was right up my alley. I love that the jaw can open and close to reveal a canon. This detail is quite nice. 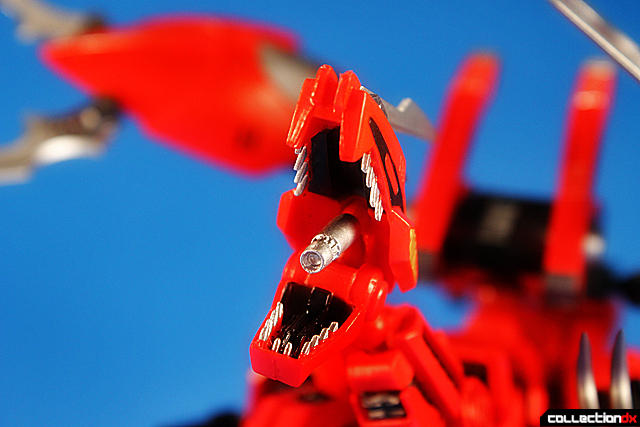 The base of the head has a double jointed Revoltech joint that allows a great range of movement. My example had one half of the ball joint pop out repeatedly during posing. 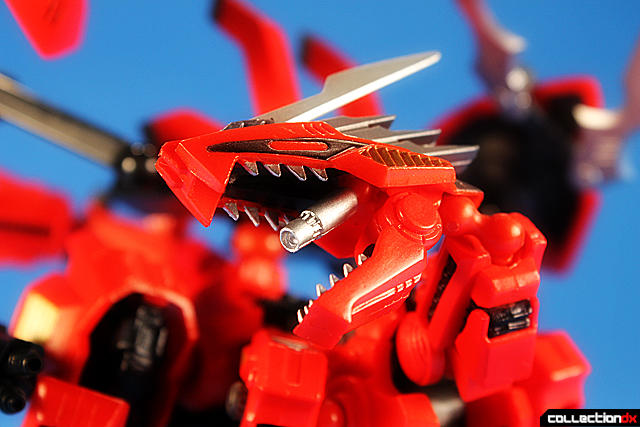 It's amazing how many point of articulation this figure has. Almost every single part that moves is Revoltech jointed. The joints range from standard size to teeny micro sizes depending on the part that moves.

The tail has joints in between all the segments and in each flap that opens! That's a whole lot of joints!

Here is his claw that opens and closes... 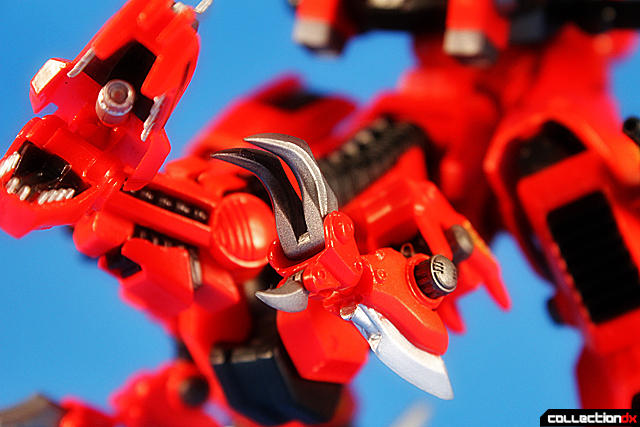 ...with an extention gimmick! It's really just a rod that goes in between the shoulder and forearm. It does the trick. 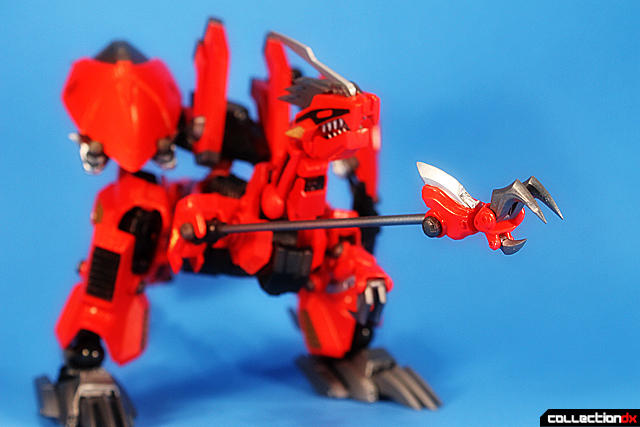 My favorite gimmick has to be the set of blades that extend out of jointed arms from his back. To use them, simply extend the arms and unfold the blades. Be careful, the tips of these blades are sharp and hurt if you aren't careful. 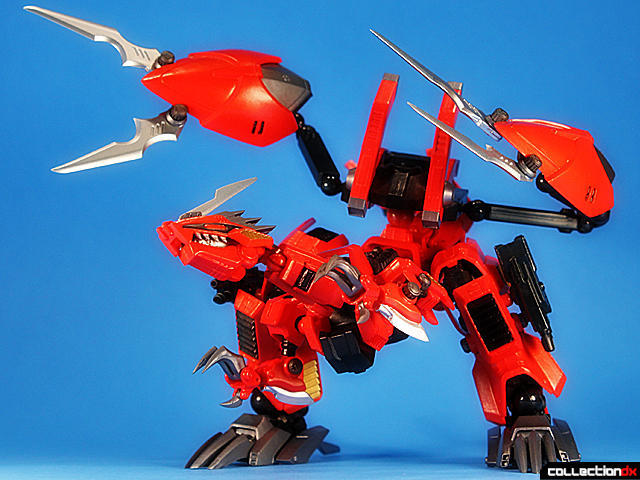 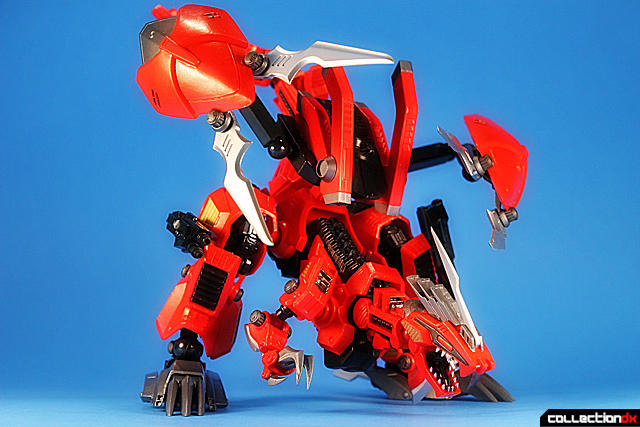 I had plans for a video, but when I had to do four different takes on three different days, I gave up. It's just not video material. Honestly, it is rather hard to pose because you have to align all the joints just right and there is tons of "give" in the figure overall so its rather floppy. Thank goodness for the Revoltech tool, that was a life saver! If you are expecting a full blown toy to bash around, you may be heavily disappointed. If you have tons of patience with aligning joints or want a cool looking Zoids display piece, this will do just fine. My motto with this figure was "Set it, and forget it"...with the occasional spreading of the blades just for fun. If you like what you see, it's 70% off retail at HLJ.com as of this writing! 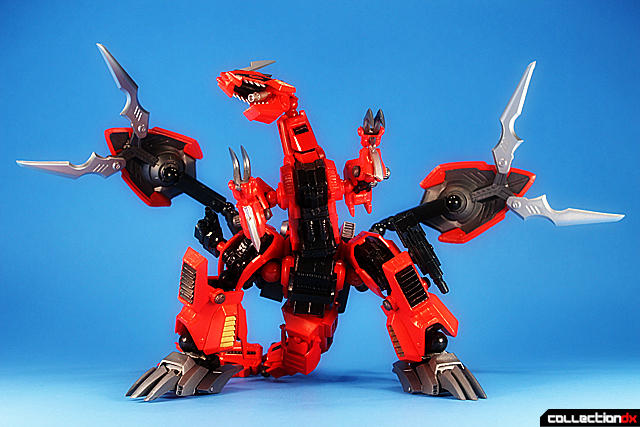 Pick yours up at HobbyLink Japan

Not something I'd put on the shelf, but looks pretty neat to pose.