Fortified Armor Shell Kasumi comes from the Anime/manga Apocalypse Zero. I’ve never seen the anime, so the only thing I know about the character is what I’ve gleamed off the internet. Apparently the anime is ultra-violent, and not even in a good kind of way. 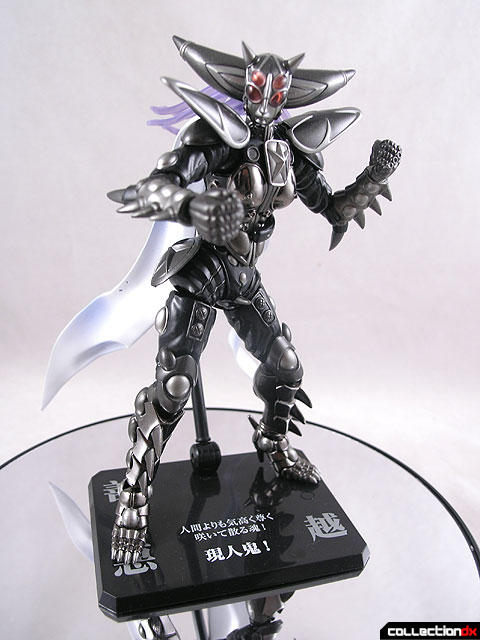 In the series, the hero of the series uses the Zero suit, and his brother uses the Kasumi suit. The Kasumi suit is obviously female, so how does that work? I have no idea. The anime is full of boobs and exploding faces, so I suppose anything goes. 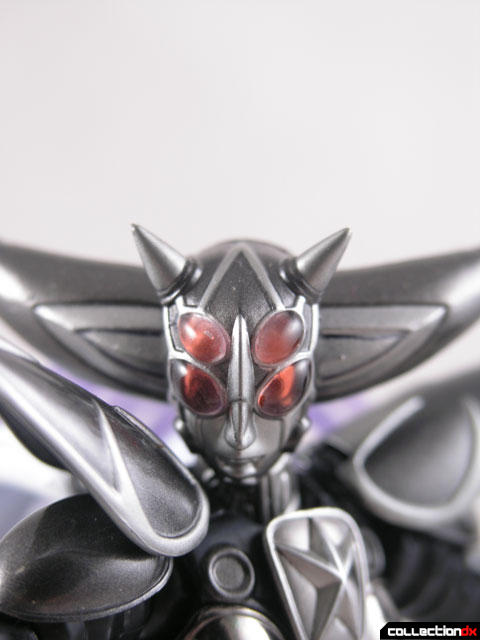 I should note that this is my first S.H.Figuarts figure. Up until now they haven’t released a character I was interested in. I’ve got more than my share of Kamen Riders already, thank you.

First off is the packaging. The box is a good size and surprisingly heavy. A band around the box denotes this version as including a stand – not all versions have one. 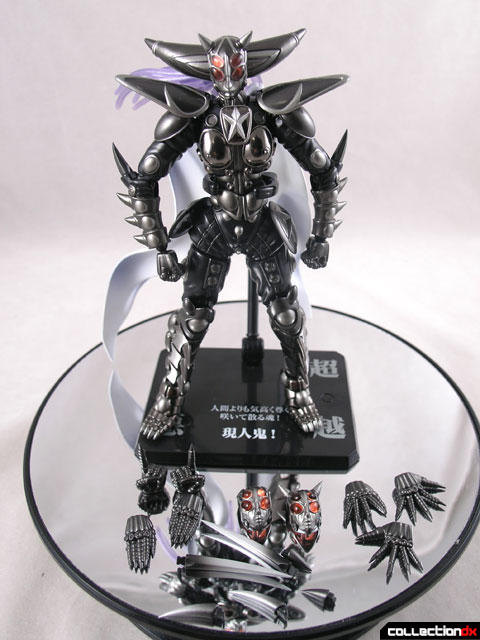 Inside the toy rests in two plastic trays, one on top of the other.

I take the figure out and… wait a sec… there’s METAL on this toy! I had no idea. Do all the SHFigurats have metal in them? This one reminds me more of a Saint Cloth Myth than anything else. 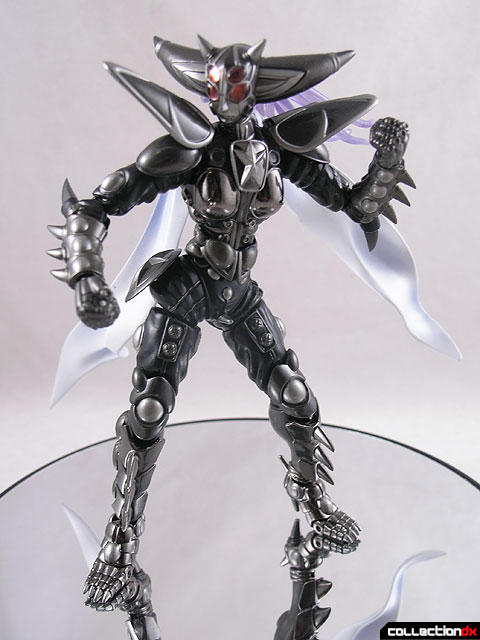 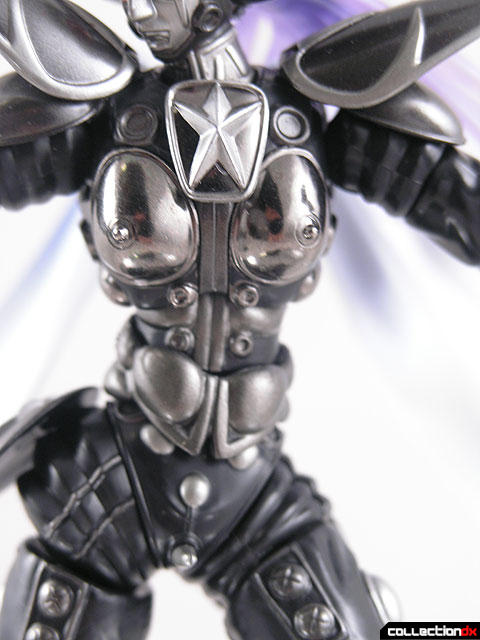 Kasumi is deadly looking. It’s got points all over the place. There are spikes on the head, elbows, crotch and even the heels. 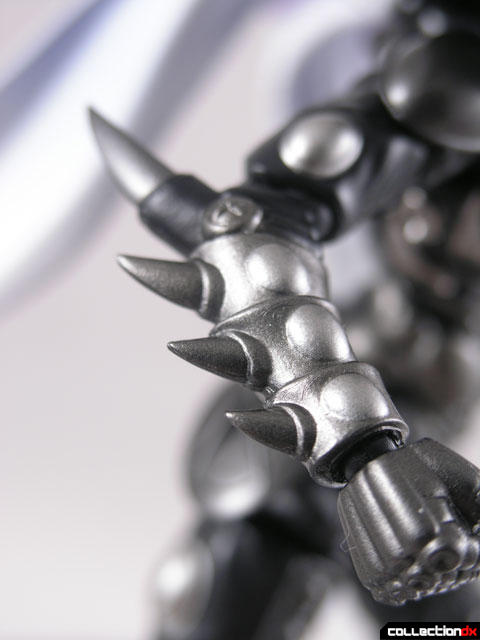 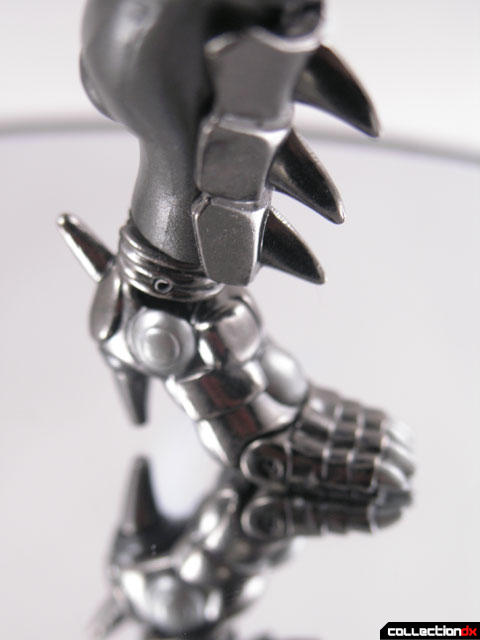 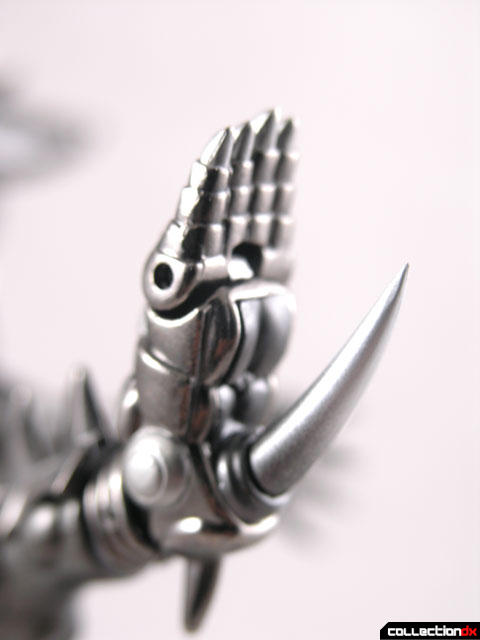 When you first take the figure out, you need to add the hair and ribbon parts. All three plug in with ball hinge joints. 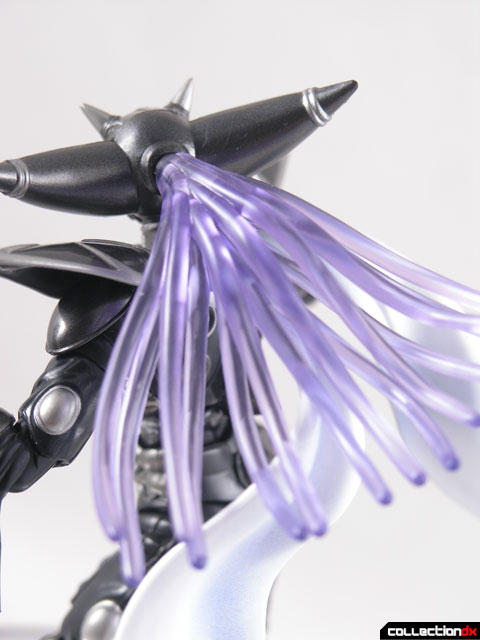 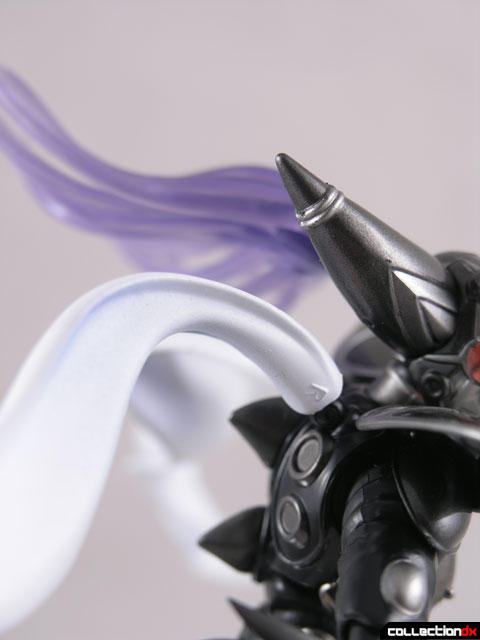 Three variant head plates are included but I have no idea what they represent. 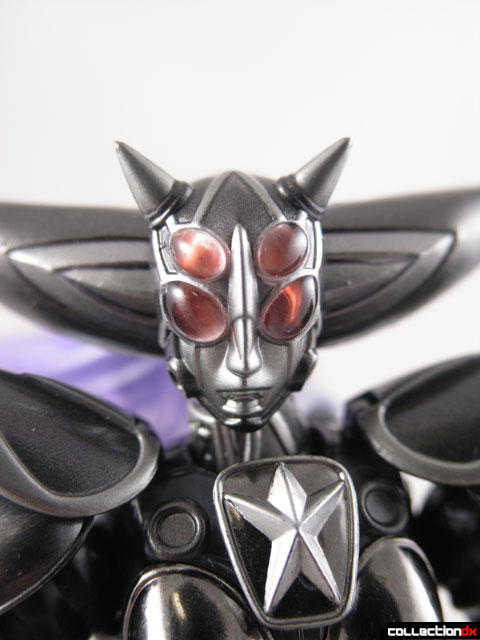 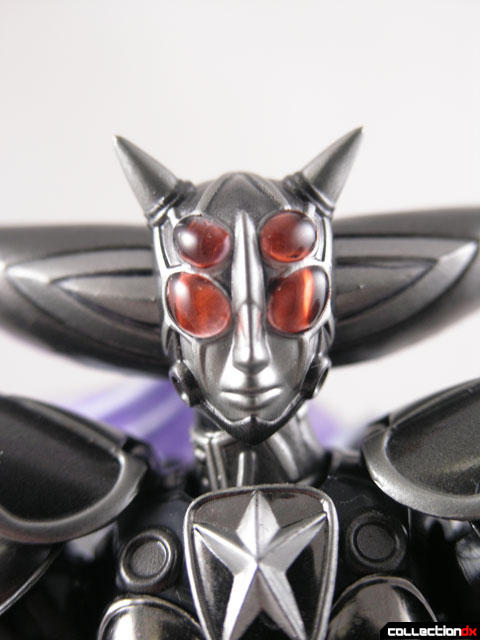 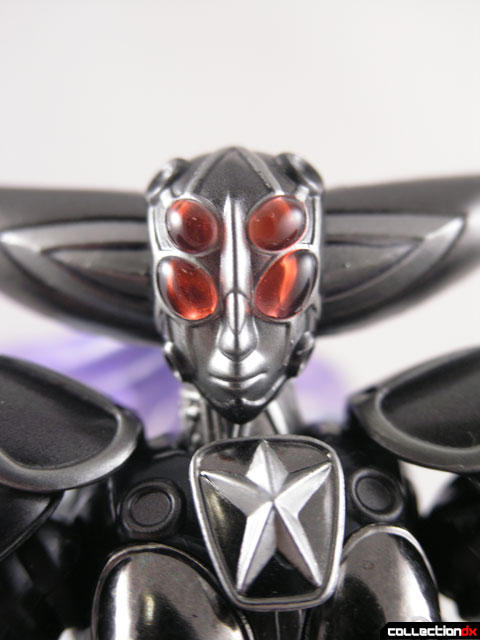 Most of the figure is ABS plastic, but there are some good metal parts, such as the chest plates, crotch plate, knees, lower legs and feet. The crotch part has a big metal spike on it. 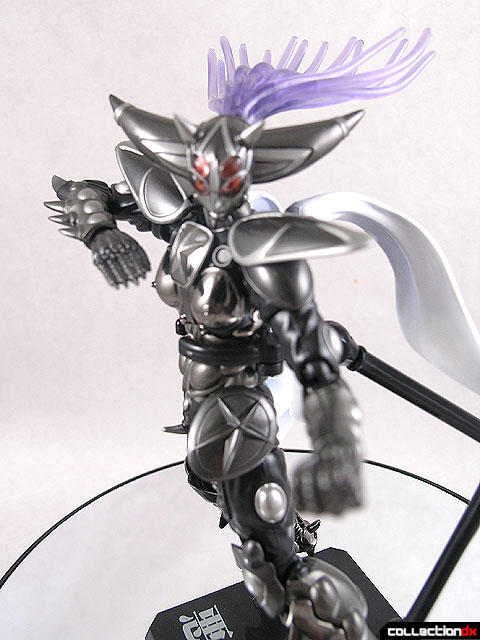 Articulation is pretty insane, and to mention each joint would be almost impossible. The thing does almost any pose you want. Double jointed elbows and knees, multi-jointed torso, multi-articulated ankles – the works. 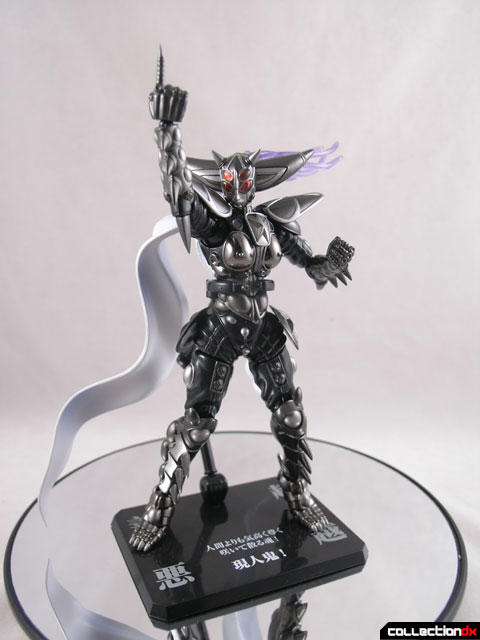 The only odd joint on the whole thing is the hips. Bear with me as I try to explain. 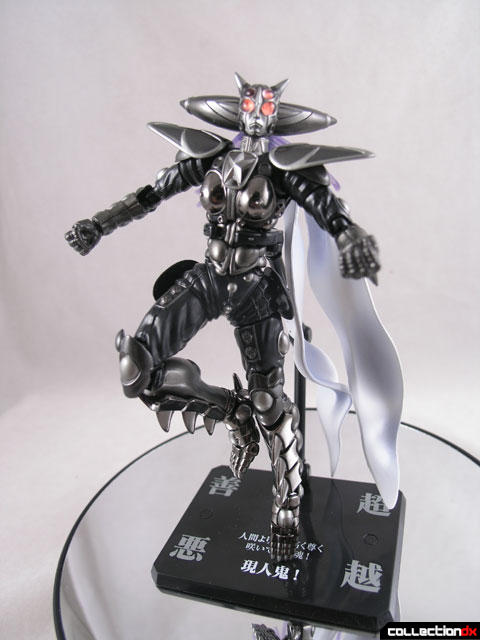 The hips consist of a separate part that connects to the crotch through a double ball joint. This makes for an odd range of motion, but once you understand it you can work with it to make it do what you want. It only looks a bit odd at the seams when you try extreme poses. 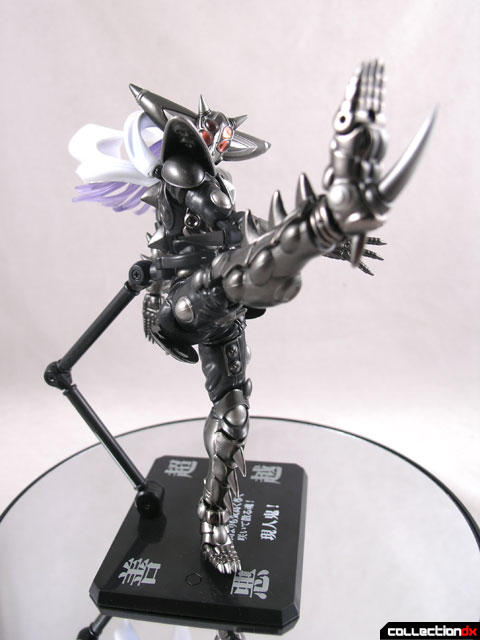 Several variant hands are included. They are made out of softer PVC and pop into ball joints at the wrists. 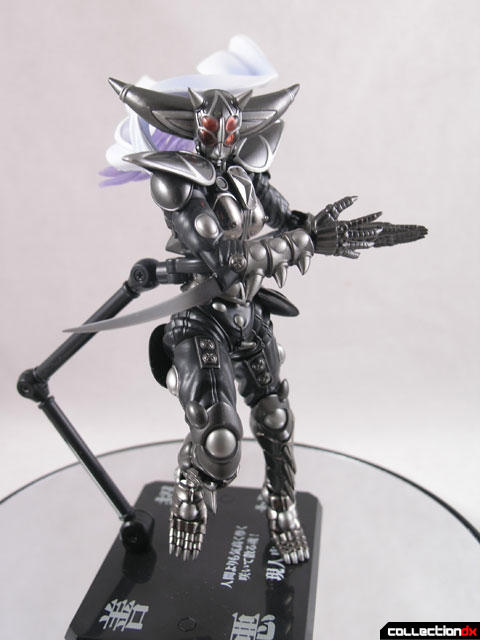 This is one of those rare toys that can actually hurt you if you are not careful. Kasumi comes with sharp elbow and heel spikes that can be replaced that are lethal to fictional monsters and very human owners. Be careful when changing hands that you don’t puncture yourself with a spike. 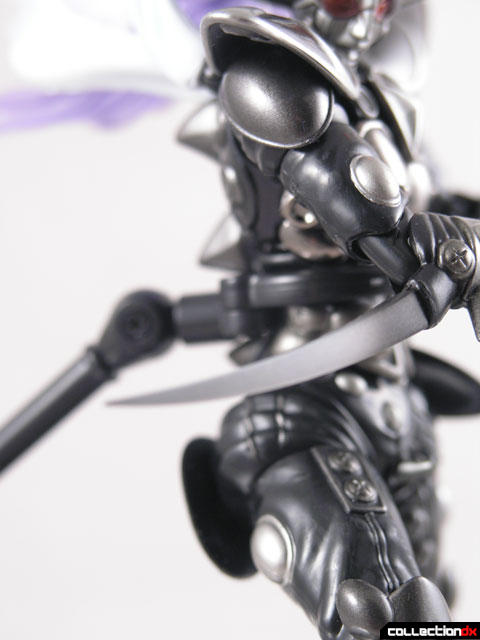 The feet spikes are neat, only because one set of them is metal. The others are plastic, but they are still sharp nonetheless. Due to the length of some of the spikes, it is recommended you display with a Tamashii Stand.

Fortunately this version includes a limited custom black display stand, but not all versions include one. Look for the special band around the box to let you know if yours has a stand. 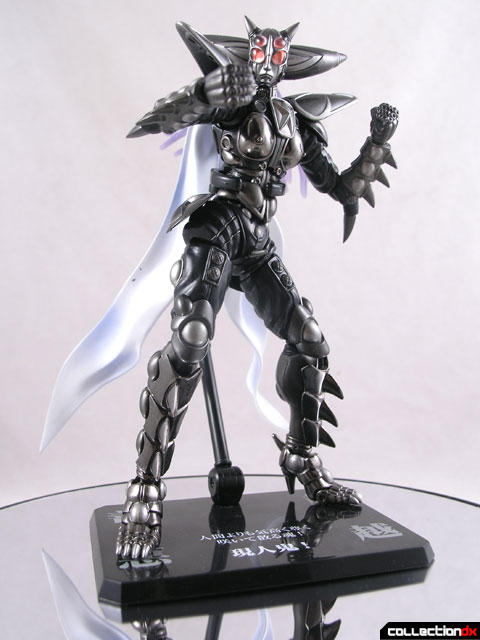 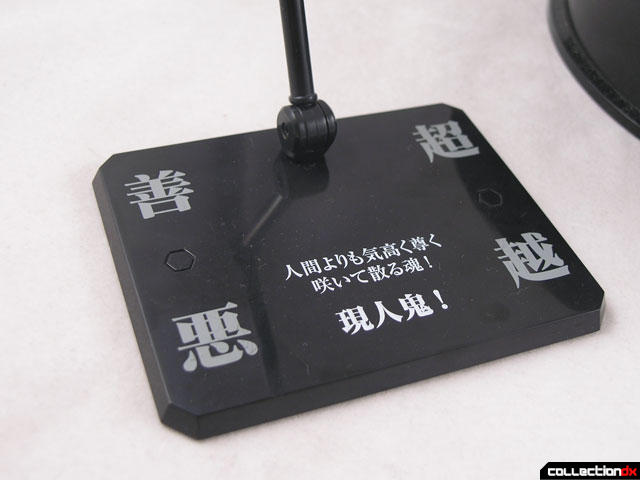