Basically, it’s a Light Car – driven by the heroes of the movie.

The box is attractive but does not feature the setereoscopic view feature that the deluxe lightcycles have. 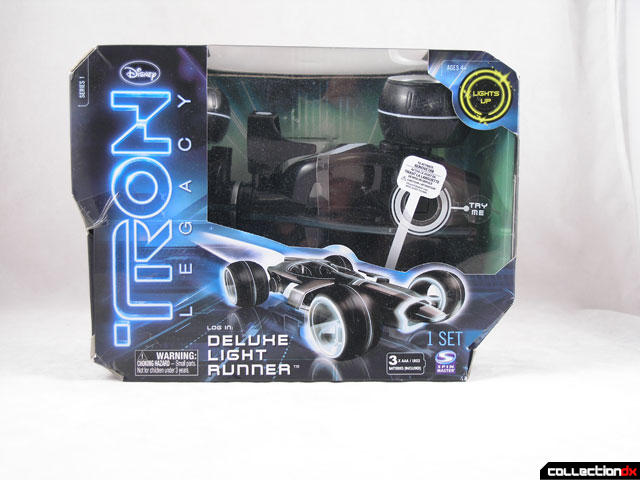 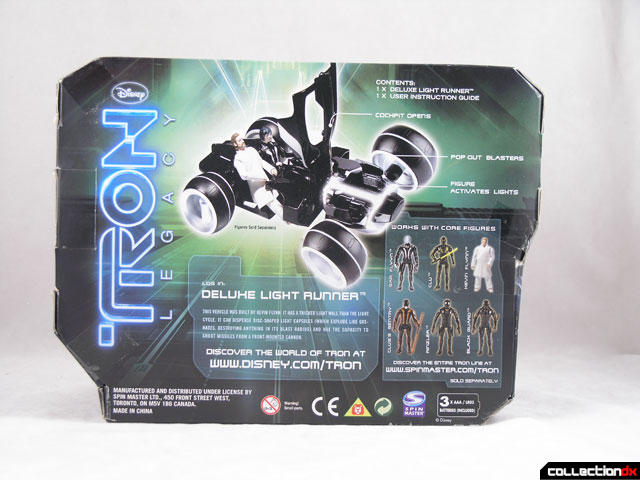 I like the design of the toy. I think it is fresh and original, and it fits into the theme of the movie. It’s like a hot rod in the tron world. 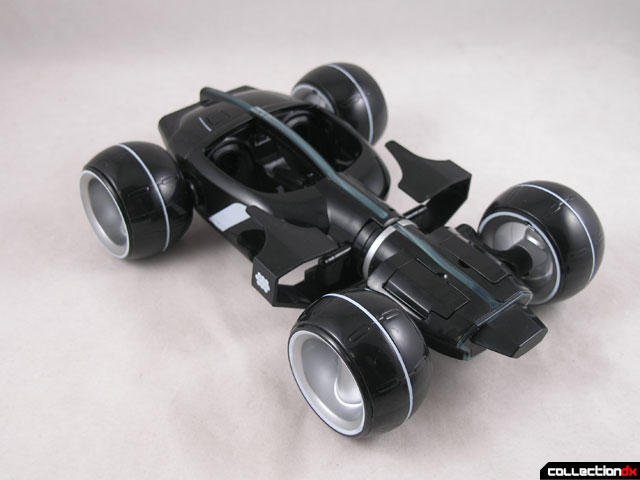 The vehicle has a good solid feel to it, and is about 10 inches long. Large hard plastic tires spin freely, but just the outside parts. The rims are stationary – a nice effect. 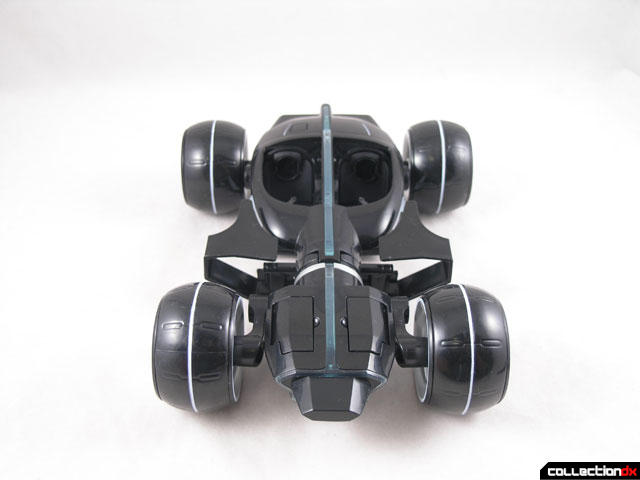 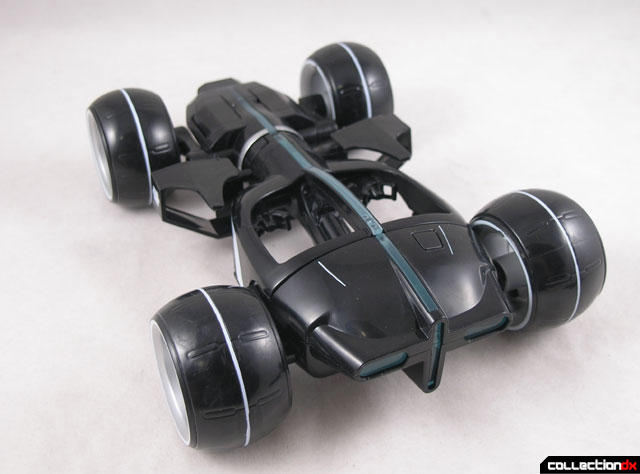 The entire front section can rotate a bit to the left and right, but not all the way around. It’s maybe some kind of suspension? It’s a cool bit of added play value. 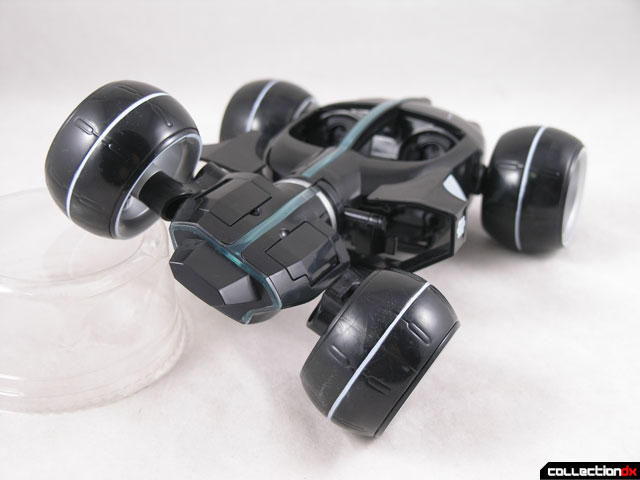 On the front section there are two panels on top. When you open those panels, guns pop out. Why are these not button activated? Seems odd that you have to open the panels by getting a fingernail or something in there to pry them up. 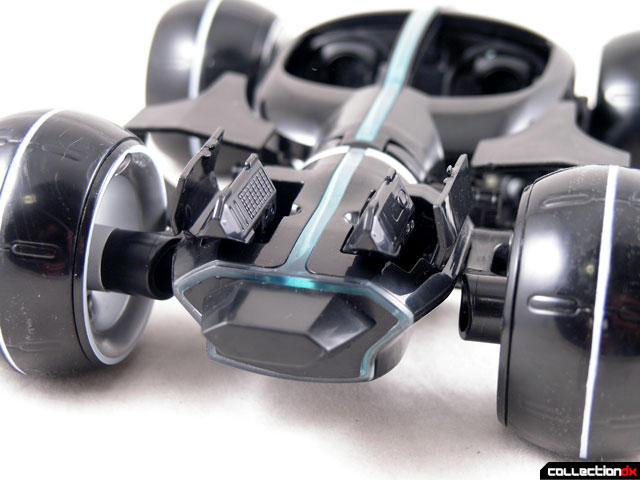 The cockpit tilts up to reveal two seats and a somewhat detailed interior. Each seat has a hole in the back to accommodate a figure. 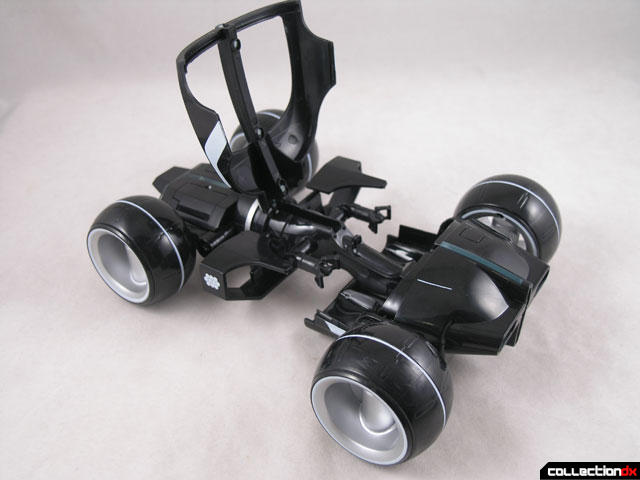 Like the light cycles, this vehicle has a light-up feature, but with this one there is no sound. Also, these effects are not motion activated – you’ve got to push a button on the back to activate. 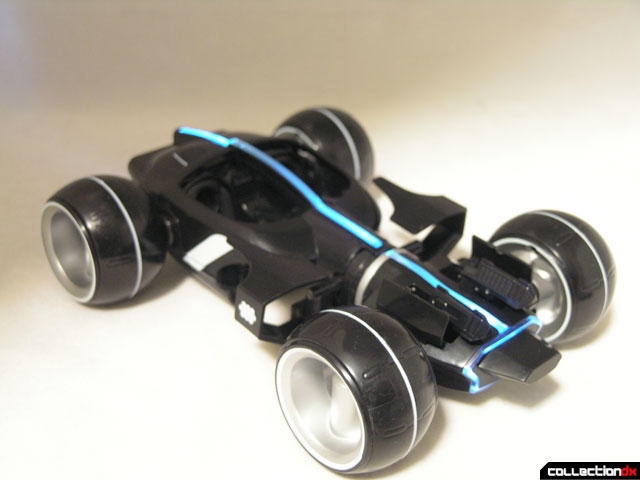 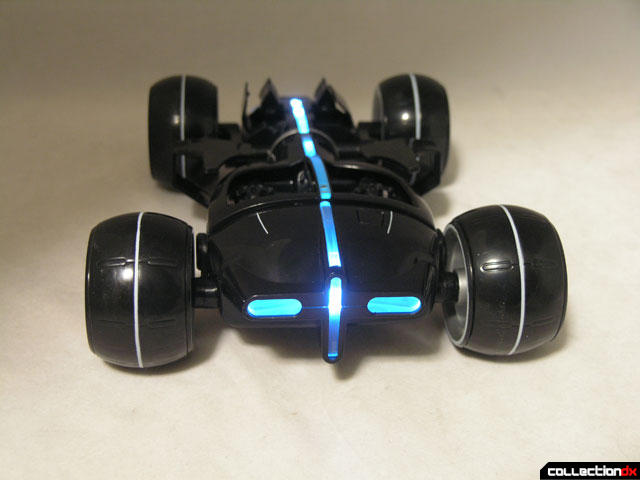 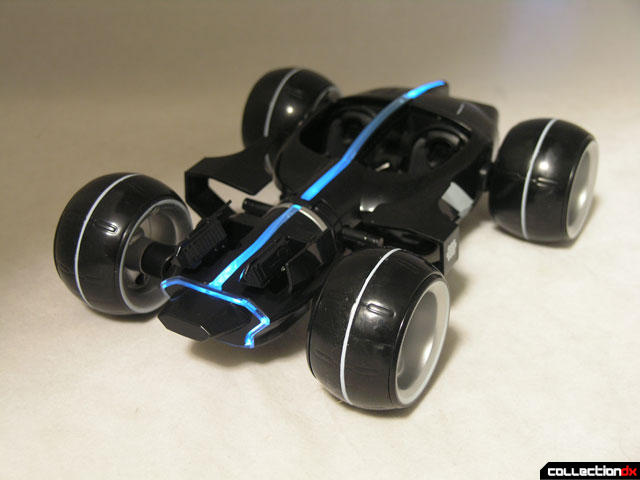 Also like the light cycles, you can unlock a new light pattern when inserting a figure. 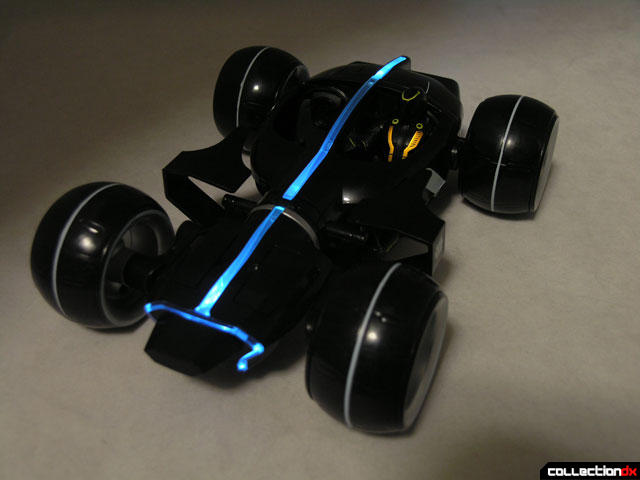 Getting the figure in is a difficult chore. In order to get the disc on the back of the figure into the hole in the seat, you really have to jam it in there hard, resulting in legs that pop off. The legs just weren’t designed to be seated in this position. You can kind of fake it, but no kid is going to be able to do this. Don’t even mention the Flynn figure. 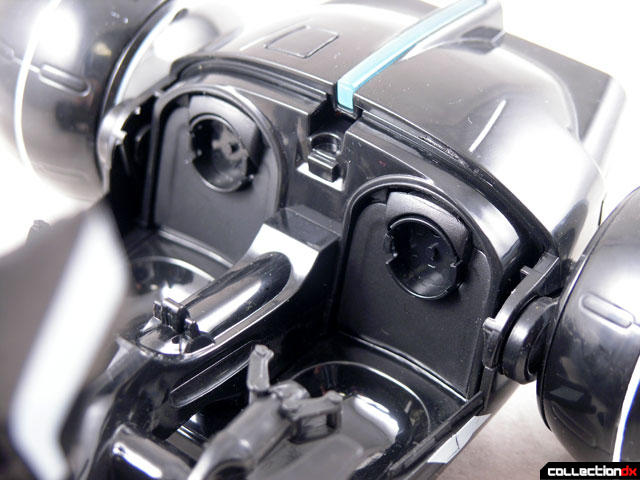 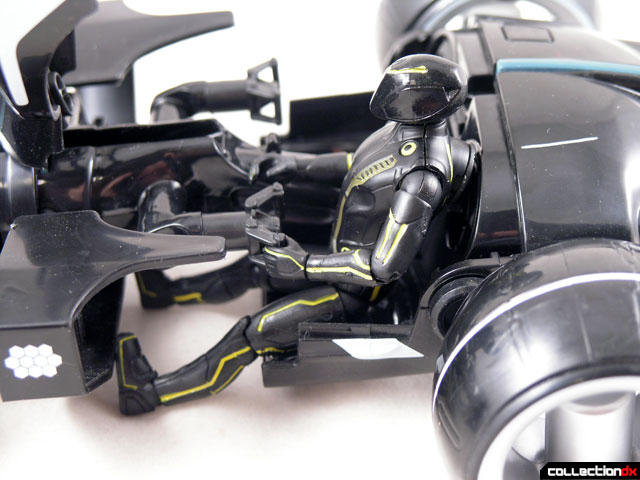 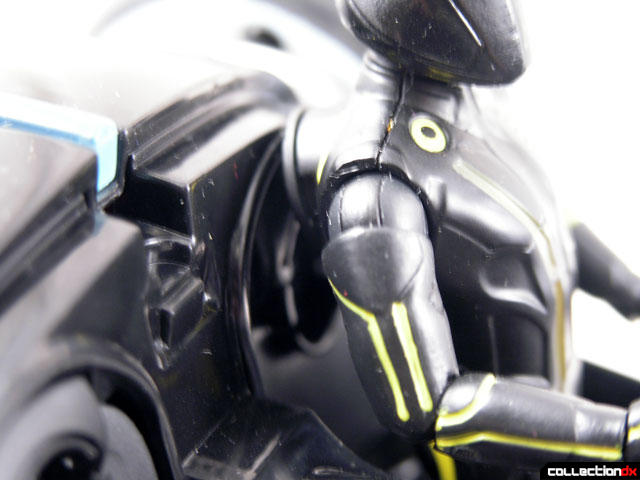 According to the trailer, the vehicle is driven by Sam Flynn and Quorra. The Sam figure looks terrible, and there’s no Quorra figure. Can you imagine the monstrosity that would be? So I am left to wedge a CLU figure in there. If you can get it in there, it doesn’t look terrible I guess. 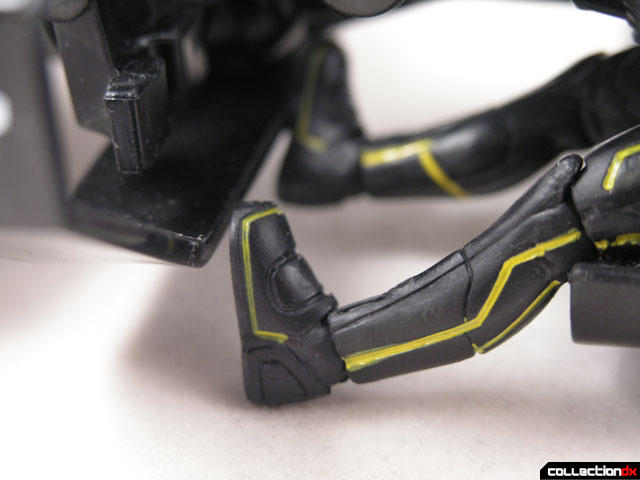 Once the figure is in, and that disc is snapped into the depression in the seat, the lights will activate for a longer period of time. It’s a nice effect to have both the figure and vehicle lit up together. Once again - great idea, poor execution.

The Light Runner is a neat, but unessential toy. Spin Master missed some opportunities here. Had they made rubber tires, sound effects, and the cannons spring loaded, they would have had a much more desirable toy on their hands. As it is, it is a common plaything.

3 comments posted
That... That doesn't look

That... That doesn't look comfortable to sit in.

It would be an instant buy for me, if it had rubber tires, and if the lights could change color based on the character in the driver's seat, like the vehicles in the movie did

Unfortunately, only the Sam Flynn figure seems able to fit properly into this vehicle, since he's the one with enough range at the hips to actually sit in there. Having him in there doesn't really add much to the experience, other than the longer duration of the lights.

Oh, and you have to close the cockpit and then snap the figure into place, otherwise the head gets in the way of the cockpit frame.