Imagine you are a rebel fighter pilot, and you just got stationed to Echo Base on Hoth. It’s a crappy planet in the middle of nowhere, it’s cold as hell, and the Tauntauns keep crapping in the hangar bay.

Then, in an instant, the Empire finds Echo Base, and launches an attack with these long-legged walker things. You get the call, get to your fighter. You’re assuming the rear gunner position in one of the modified snow speeders. Finally, some action.

Then, your pilot arrives. Who is it? None other than THE HERO OF THE F*CKING REBELLION – LUKE SKYWALKER. That’s right, the dude who blew up the DEATH STAR, is flying your ship. Is the Force with you or what?

You feel like you can take on the whole Empire now.

So you’re out there, flying around, feeling like you are on top of the world. Then, all of a sudden, BAM, you get a blaster in your face. It all goes dark.

Minutes later, it’s cold. The cockpit is open. You cannot move. You cannot speak. You hear clanking and the ground is shaking. You scream to Luke. He knows the Force, he can just Force you out or something, right? Maybe use his lightsaber to cut you out of the wreckage? He has to feel you alive with the Force, right? You can hear Luke fumbling around in the cockpit. You think he is trying to rescue you, but in reality he is looking for the electromagnetic grappling hook. Luke rolls away, and you are crushed under the foot of an Imperial AT-AT.

At least, that’s how it played out in my snow covered yard in 1983.

I’ve wanted a Dack figure since I got my original Kenner Snowspeeder. At the time, all you had was Luke in his X-wing outfit, and you have to use two of those to fill both seats. You pretended one was Dack. I mean, the figures were kind of generic, looking neither like Luke or Dack.

It is in this Vintage Line that you get a Dack figure that actually looks like someone.

First of all, how great is it to see vintage-style card backs on the shelves after all of these years? I feel like a kid again. It’s been great to see modern or neglected characters making appearances on these old-style cards, as if they had been released years ago. 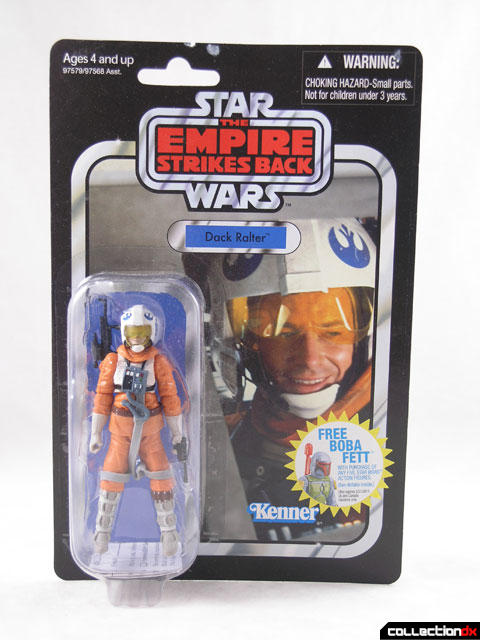 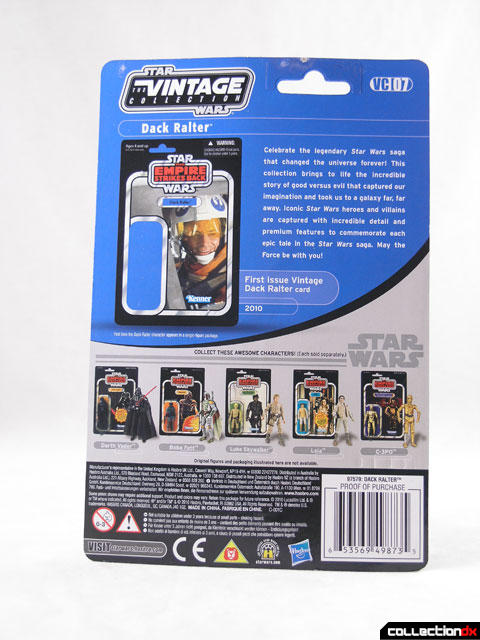 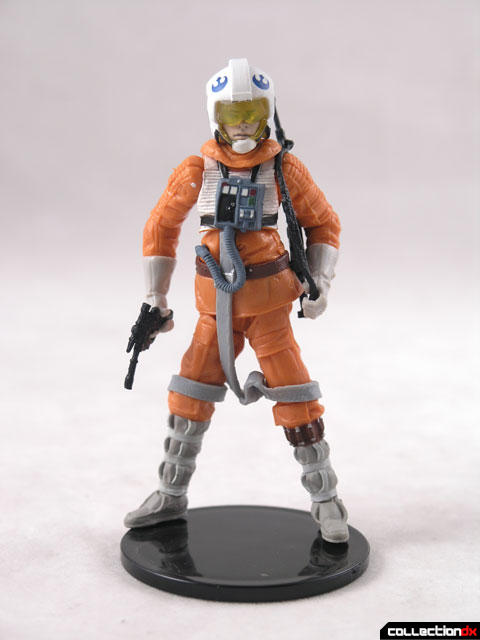 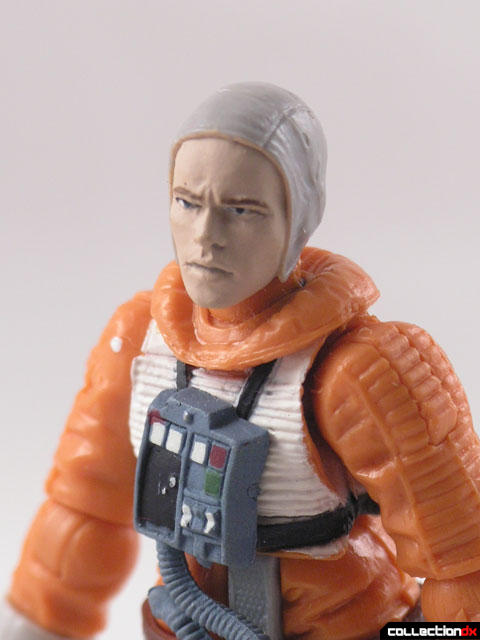 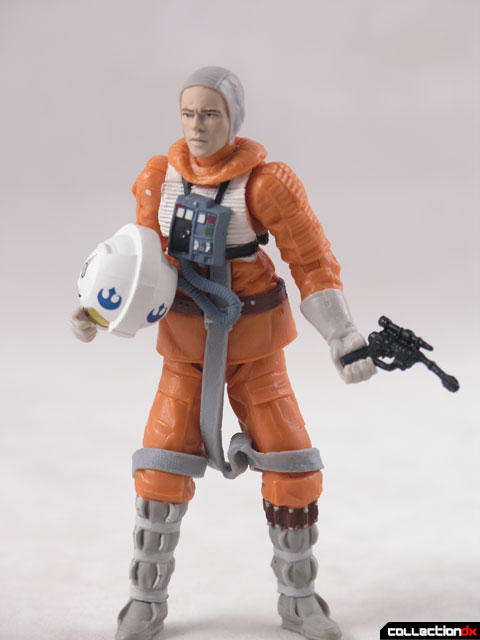 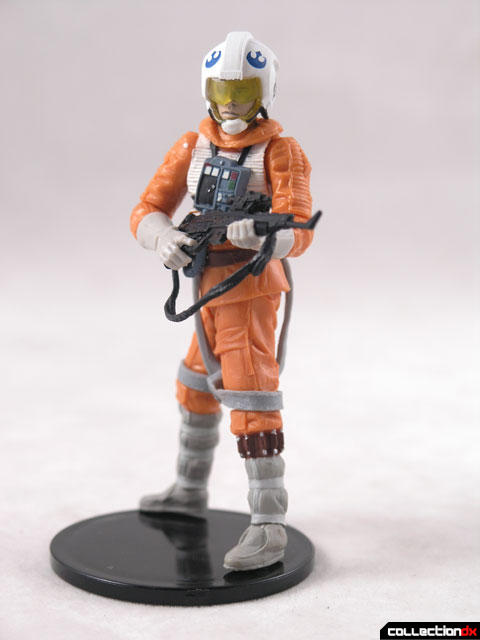 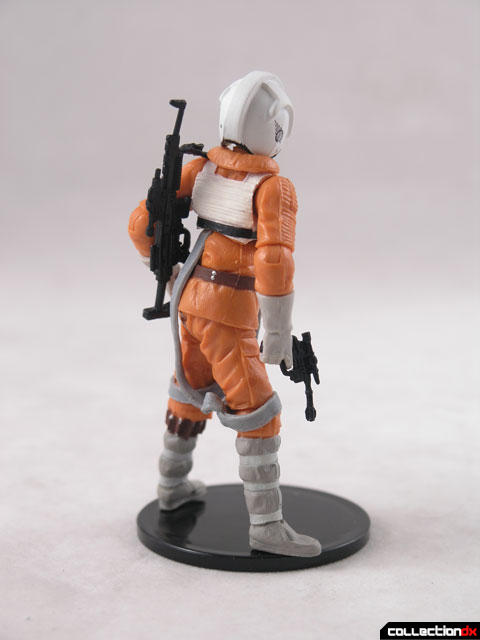 The articulation is the standard vintage collection style, with most all joints moving the way you want. The only exception is the swivel hips – Hasbro really needs to make ball jointed hips standard. 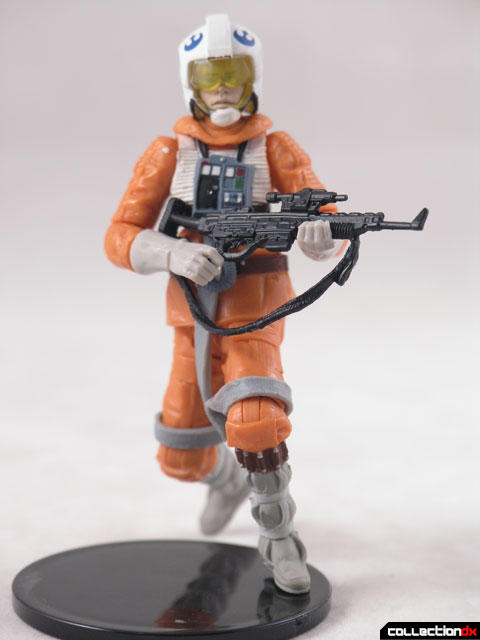 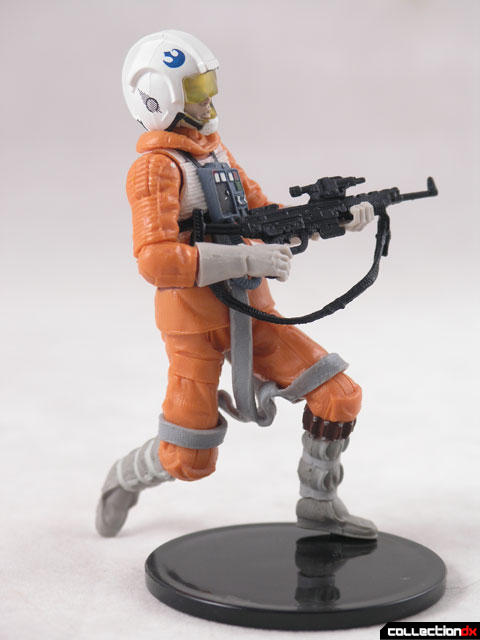 Another great feature is all the extra molded detail in the flight suit. The straps and neck pillow are all separate parts. 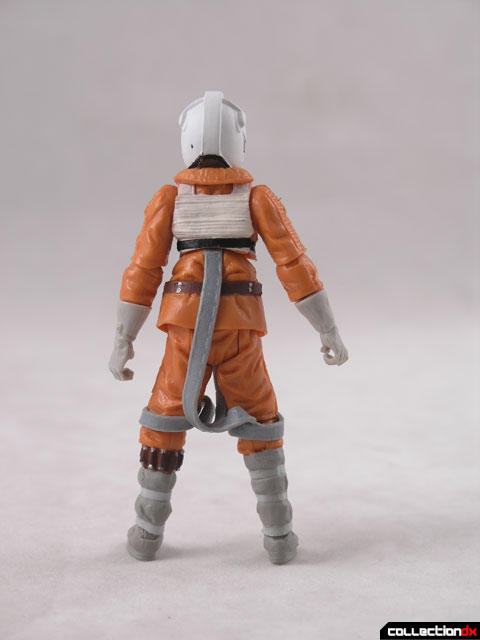 The stand is not included.

The Vintage Collection features some of the best Star Wars figures in years. Right now they even include the mail-away Rocket-Firing Boba Fett offer.

If you’ve been skipping Star Wars figures, now is the time to jump back in. It’s never been better.

7 comments posted
I was blown away when I saw

I was blown away when I saw that they made a Talz, but he was only in a four-pack. No thanks.

he came out last year single carded. Should be cheap/easy to find like most of these...

Hasbro Star Wars has been hands down awesome for the last three years, and 2010 is the best year so far. You're sleeping if you think nothing fun comes out of the US anymore.

I assume you mean the animated style Talz? Because Foul Moudama was released as a single card not too long ago.

I was cutting back on my SW purchases, but I found Dack Ralter the same day I found the vintage Snowspeeder. Both were the last ones on the shelves. I felt COMPELLED to buy them. LOL. Turns out the Snowspeeder was a total surprise. Such an improvement over the original. And now with Snowspeeder Luke and the most awesome AT-AT, the childhood nirvana is complete!

Exact same thing happened to me when I bought my snowspeeder, I felt COMPELLED to buy Dack. I vowed to only buy my favorites in this Vintage style run, Darth Vader, C3P0, Boba Fett etc but I found myself branching out cause there were so many new cool things. Especially when JoshB told me how the snowspeeder was revised. Star Wars figures and Transformers are like my toy crack. Though I am a little more controlled with SW figs because I went nuts with POTF and still have nowhere to store them. Still fumbling around with the AT-AT...hope I snag one before they are gone, preferably in the Vintage style box.

I think the coolest thing about that new snow speeder has to be the packaging. Something about it just glows and stands out in the store so nicely.

I've said it before but it bears repeating-Hasbro is the master of action figures these days. Seriously,I would take a current SW figure or Joe figure or Marvel 3 3/4 figure over any similar type of figure any day. Even Revoltech,and no,I'm not factoring in price when I say that. Hell,look at Mattel's DC line. I want to love it,since I was into Super Powers in the 80's,but Matty's 6 inch figures can't match the detail of Hasbro's 3 3/4 offerings,and the plastic is weird and brittle to boot!

The ONLY thing I don't like about this line is you want to keep them on the awesome cardbacks instead of opening em up. I am an opener,but I've kept Ackbar (the only one of these guys I have so far) on card because it just looks so awesome. I kept a couple 25th Joes carded,too. I'm as much of a sucker for the old art and graphic design as I am the actual toys.