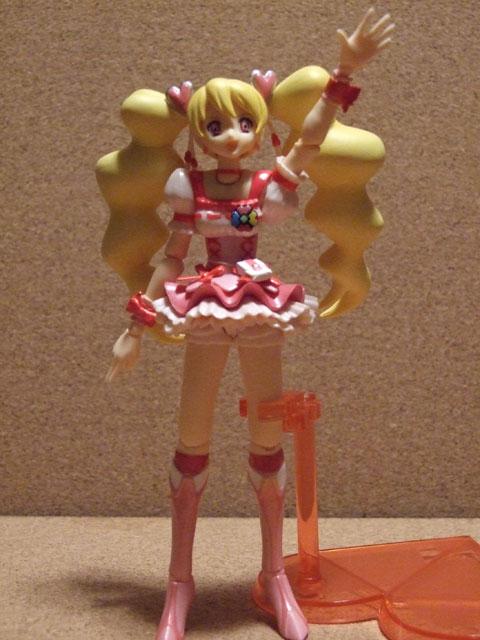 The S.H. Figuarts Cure Peach toy is from the television show Fresh Pretty Cure! and put out by Bandai. S.H. Figuarts is a new figure series that incorporates the action figure “art under the theme of ‘pursuing character expression through humanoid action’.” Cure Peach is one of many different figures from the series.

On the show, Cure Peach plays the role of a 14 year old school girl who loves to dance. 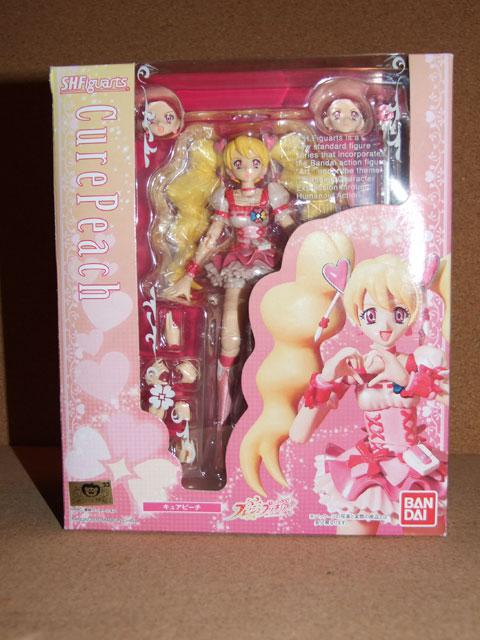 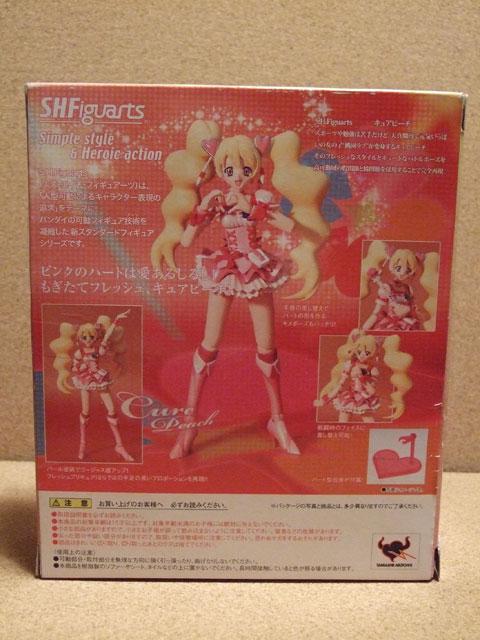 Overall the package is very colorful and attractive.The toy comes with a stand, three different kinds of hands, and one separate hand. The toy also comes with two faces, which are actually pretty easy to get off. Cure Peach also comes with a wand similar to the one that came with the Cure Berry toy. Her accessories are pretty easy to lose, but they’re pretty sturdy and probably wouldn’t break too easily. 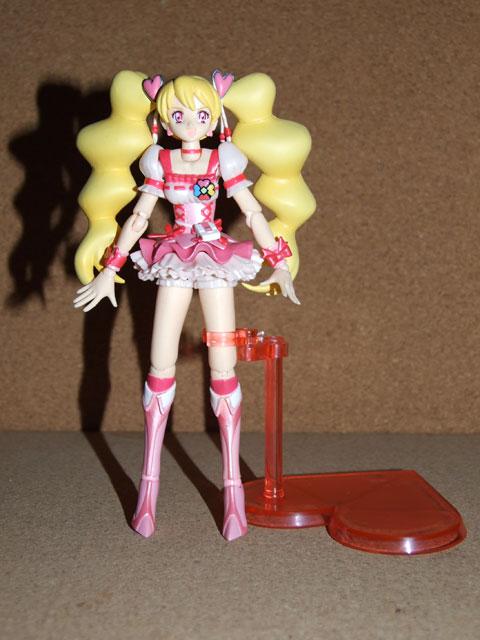 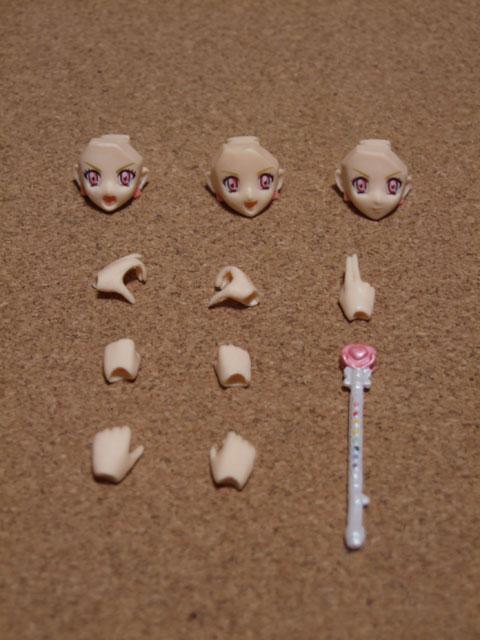 This toy can stand easily, as long as it has the stand. Just like the Cure Berry, the toy needs its feet flat to be able to stand up. The stand puts the toy off balance, and it falls pretty easily, although the toy is very solid and it stands much better than the Cure Berry toy.

The toy’s paint is accurate although the hair is a bit dark. This Cure Peach toy can’t do her signature pose from the television show. Not that much of the body can move with the exception of the hands, feet, and upper arms. 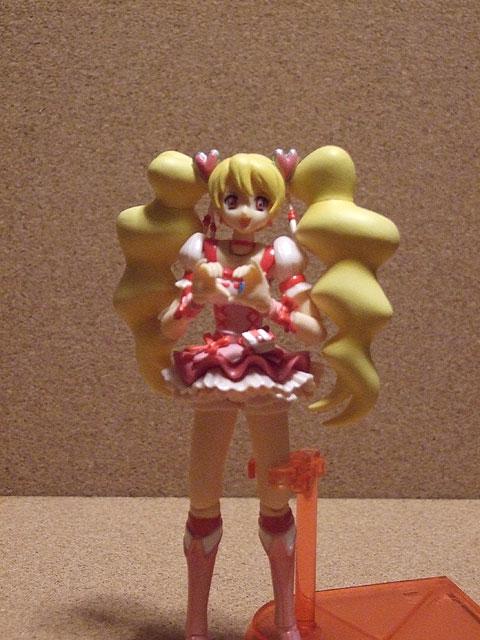 Online, I found the price starting at about $36.00, which is just a little less expensive than the Cure Berry toy. This is a great toy and I’d recommend it for just about anybody. 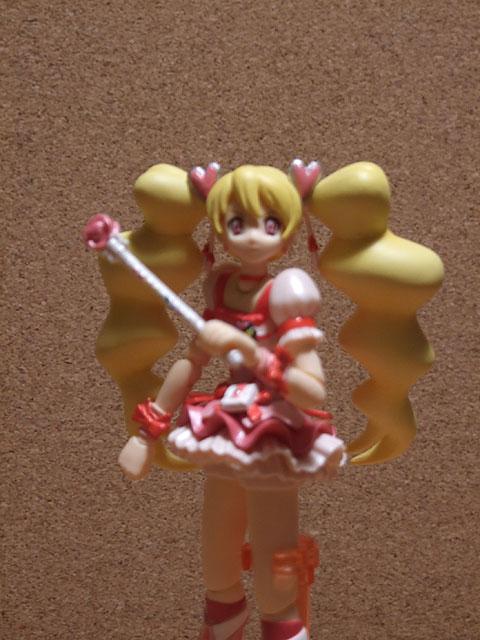