Between Cure Marine and Cure Passion, it's a miracle that I haven't completely given up on Precure S.H. Figuarts. Although the figures aren't bad, it's very difficult to hold them to the same standard as the Kamen Rider Figuarts which are much more solid on comparison. However there was a single Precure Figuart that was left that I was willing to believe in ever since I first saw gray prototypes at toy shows a few years ago. That Figuart was one of the original Precure: Cure Black. Will I get burned a third time on Precure Figuarts? Read on to find out.

Cure Black's sculpt is very cute and very screen accurate to the animation model. Her proportions are even similar, with the slender athletic body type and a slightly large head. It's a very simple costume, but its simplicity is definitely a strength in this figure's sculpt and paint details. 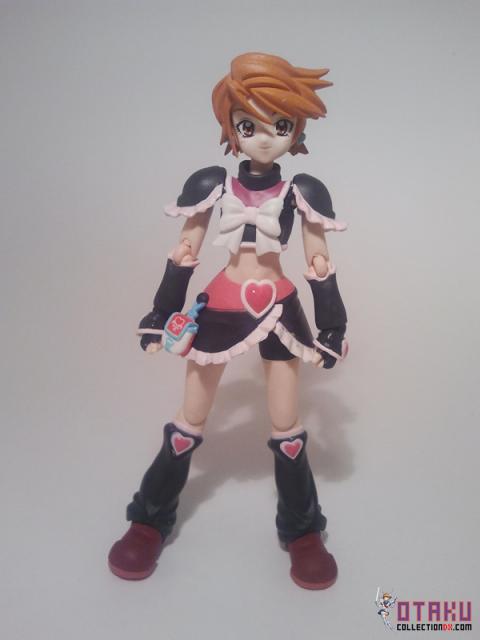 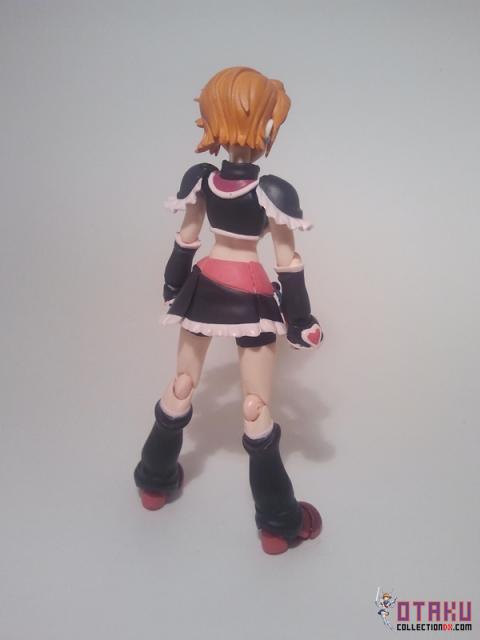 Cure Black is a little bit paler than she is in the show, but I think that's not too big of a problem. 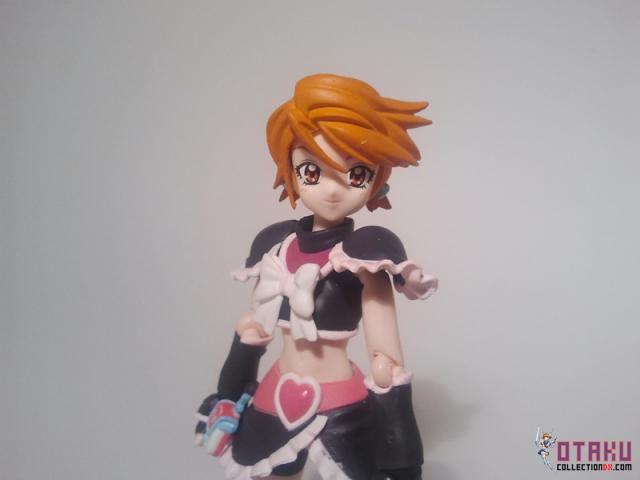 Cure Black's articulation is very similar to a Figma. The smooth disk joints really make posing her a breeze. The skirt is also made of a much softer flexible material that makes it no problem to move her legs where ever. 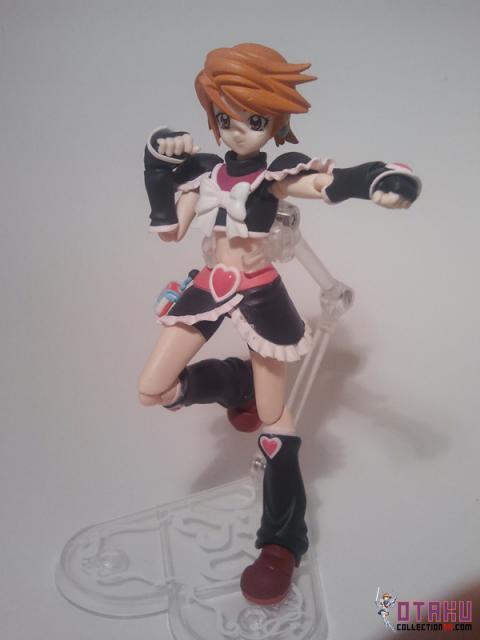 Cure Black's huge boots also make it very easy to get her standing without the assistance of a stand; another major improvement over other Precure Figuarts. But just in case, she also includes a stand as well in case if you want to have her kicking and punching in the air. 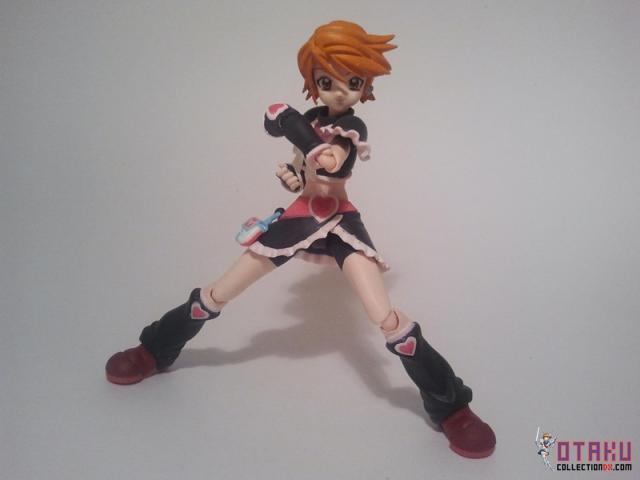 Cure Black comes with several accessories, including two alternate faces. She has a much more angry face for when she's yelling or kicking Zakenai in the face. 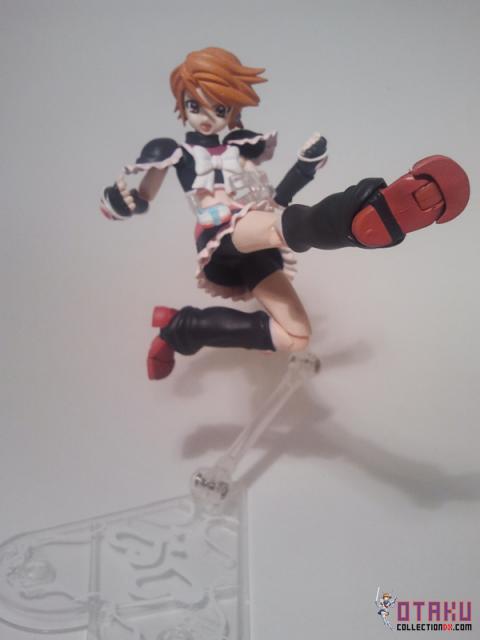 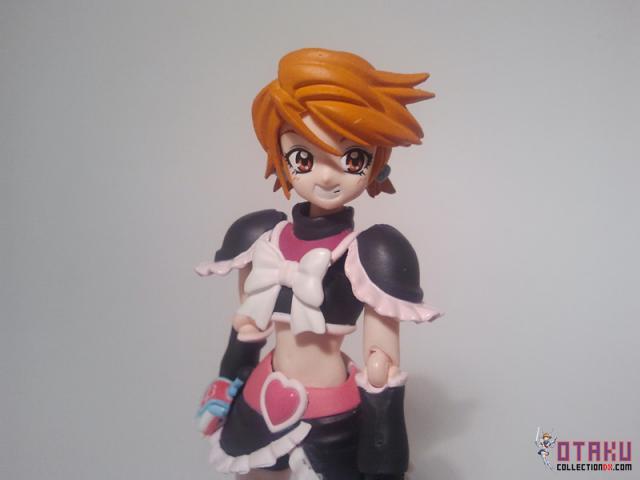 Cure Black comes with the standard type of alternate hands: fists, open hands, and two different special hands. The first hand is sculpted holding Cure White's hand so that they can do their special attack: Marble Screw. I do not have a Cure White so I can't show this off. 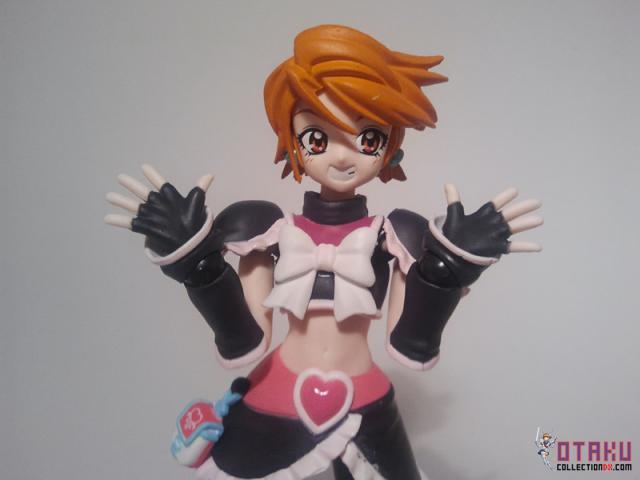 She also comes with an alternate left hand so she can point at her enemies and tell them to return from whence they came. 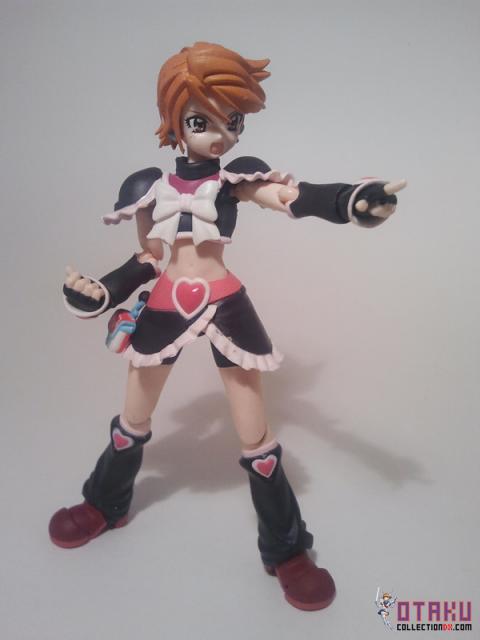 Cure Black is by far the best Precure Figuart I've had the pleasure to own. Her simple costume and lack of ridiculously sized hair make her incredibly poseable and stable as well. It feels like Bandai learned a lot of lessons from their previous Precure Figuarts and have really managed to make a fantastic rendition of the original spunky Precure. Absolutely get this figure, even if you haven't watched Precure and just think she looks cool. Cure Black is a definite winner. 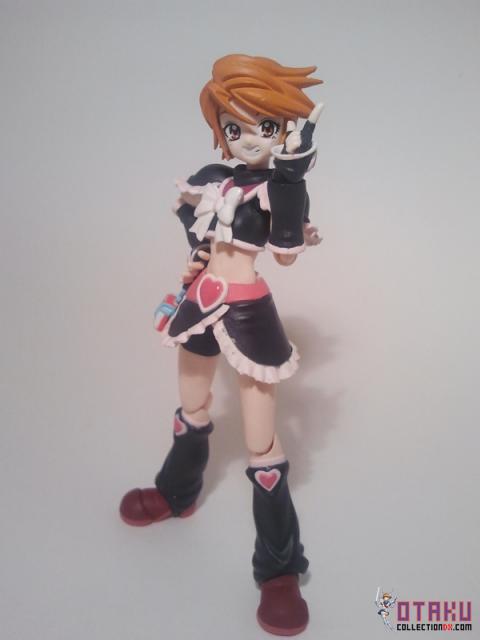 I got my Cure Black at HobbyLink Japan. Get yours there!