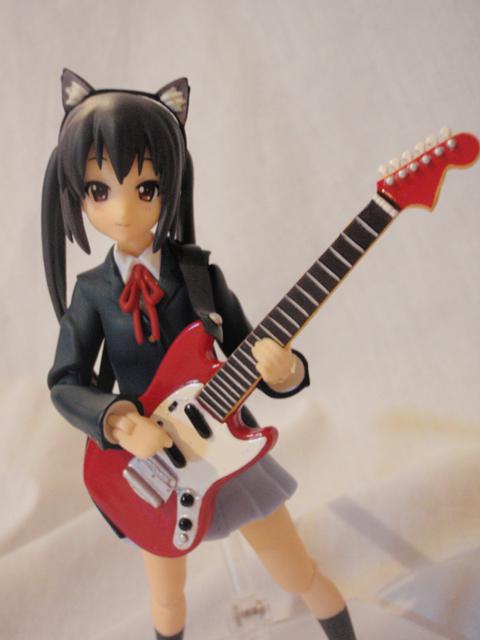 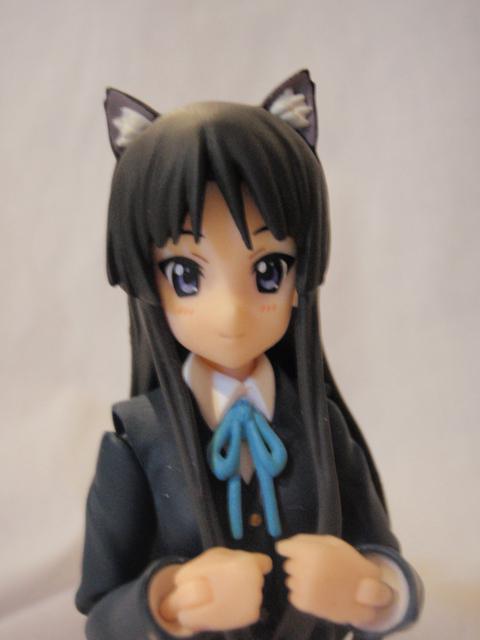 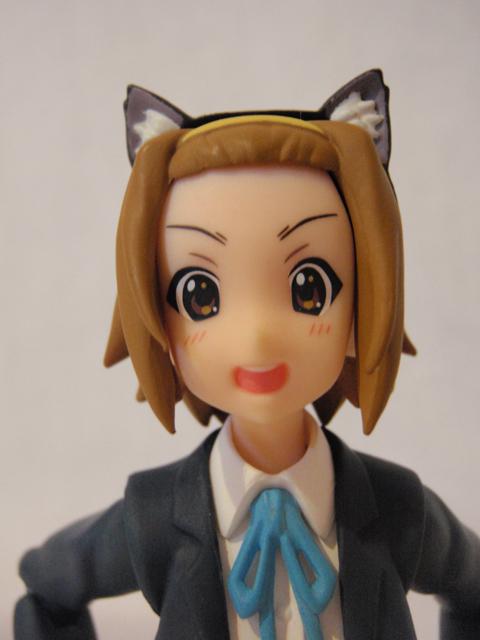 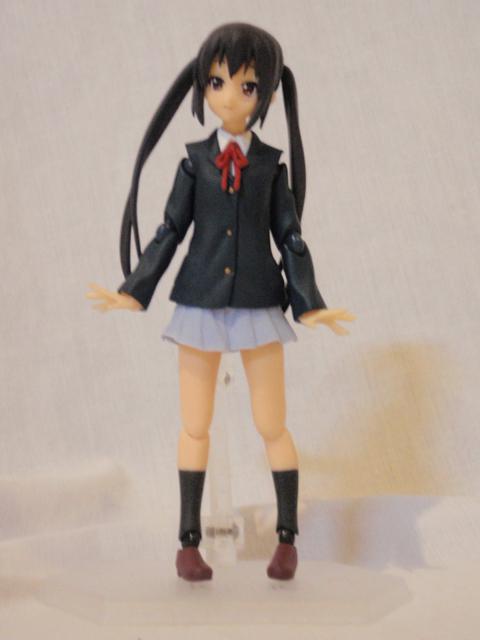 Azusa Nakano is short, most serious, and a year younger than that of the rest of the group. She’s also an electric guitar player (and more component compared to Yui). Her figure has articulation in all major parts and can pull of almost any pose you can think of (though her long pigtails may get in the way of some poses). Unlike the previous Lucky Star Figma, the hands on the K-On Figma are easy to change as they’re just a regular long peg and not a ball jointed peg. 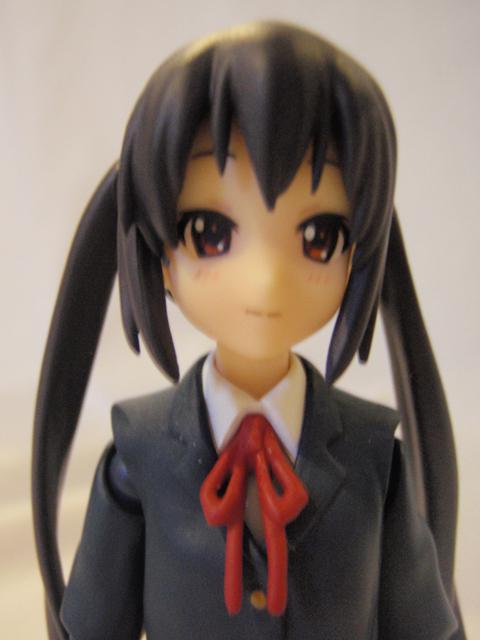 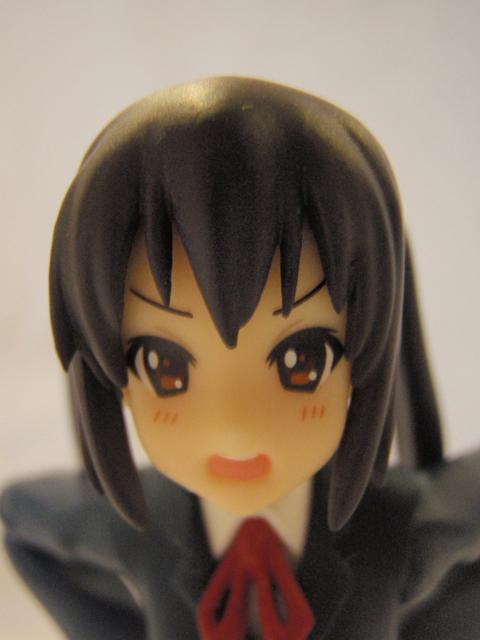 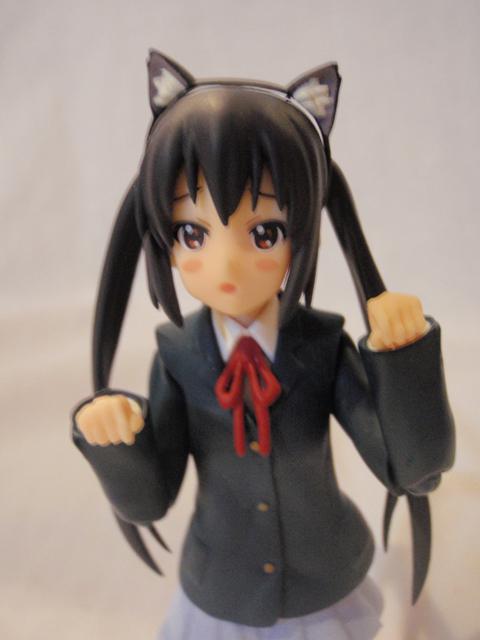 Like all the others, head changing is easy. Azusa comes with smiling face, an angry face (I love this one), and a blushing face. Also including is her signature cat ears headband. They’re able to fit on all the other K-On Figma too. 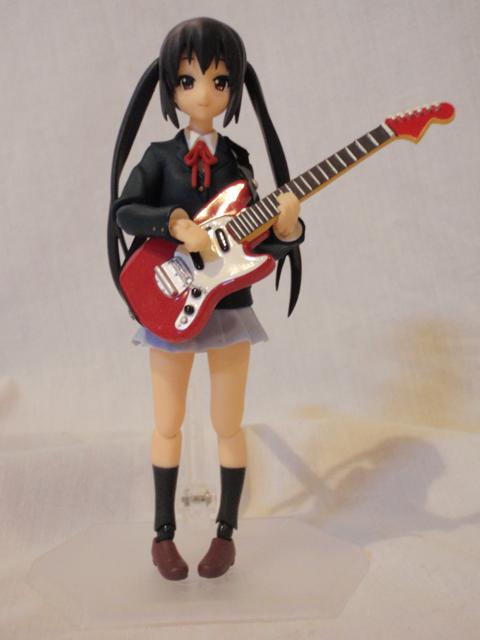 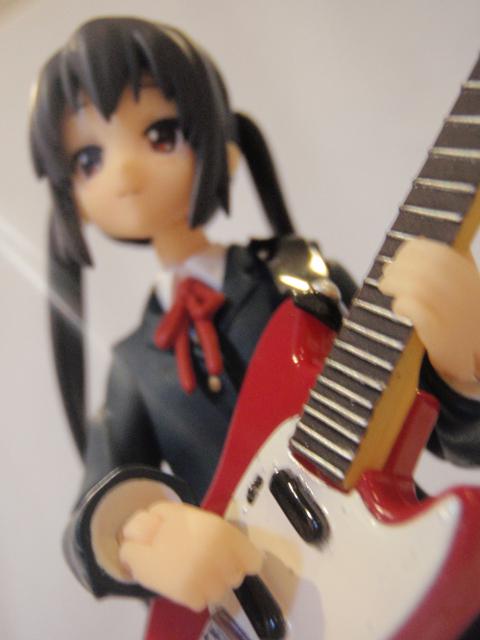 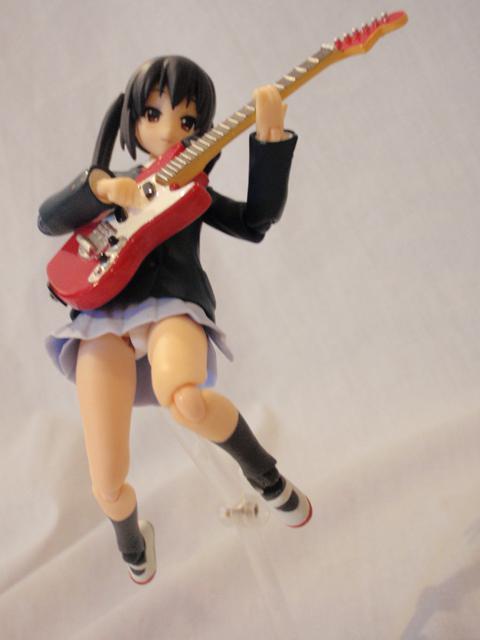 Putting the guitar (a Fender mustang) in and out of the included bag (a nice touch) and on Azusaherself is no problem. Putting her on the included stand is easy too. Each K-On Figma comes with regular shoes and indoor Japanese school shoes. To denote that she’s in a different class and grade than the other four, her uniform ribbon and indoor shoes are red instead of blue like the others.

The pigtails are articulated, but be careful not to be too rough with them or they will break. 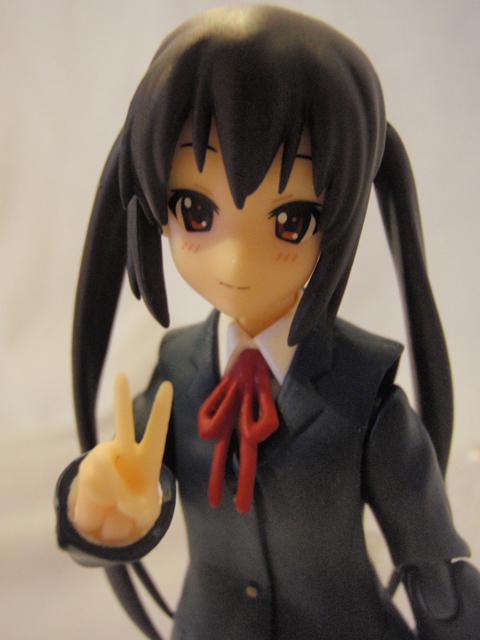 The fifth member of the group is like the others, an excellent Figma. I recommend this and all the others just because they’re so full of character and are highly moe.