Square2s are small recon and spotting robots in the WWR universe. They have a cutesy childlike ‘face’ in order to appear non-threatening when on forward observation assignments, or even to unnerve advancing troops. Teams of Square2s can move ahead of slower bots like Large Martins and transmit troop movements and firing solutions directly to the fire support units. Their simple design and large presence also make them great pack-mules for infantry columns. 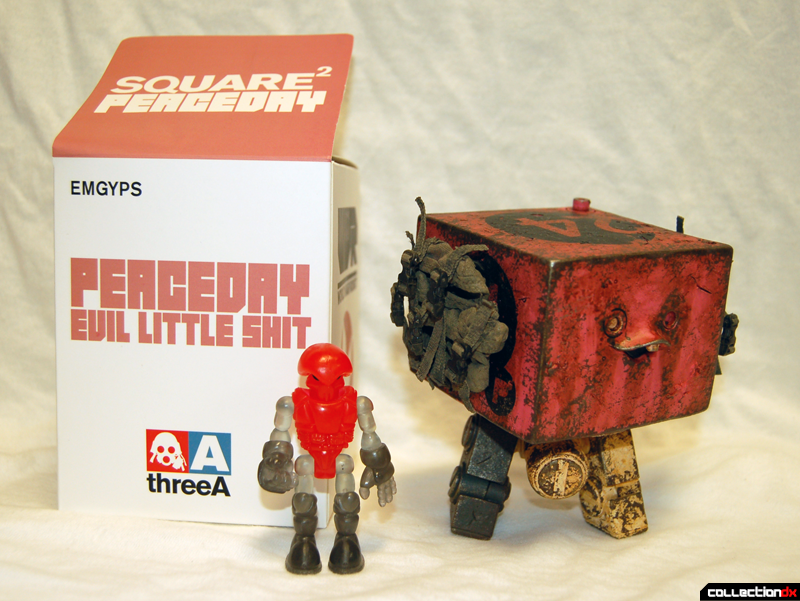 The Square2 reviewed here is the Peace Day Square2 that came with the WWR EMGY Dropcloth as a 3AA exclusive. Peace Day was declared by the UN council in 1981 to be an international celebration of peace. In the WWR universe, the Peace Day scheme was worn by a unit of bots somehow responsible for the Peace Day Massacre. EMGY units responded, but all we know is that it was a bad, bloody day. The Peace Day scheme is a striking and disarming blend of pink and white with some great decals. 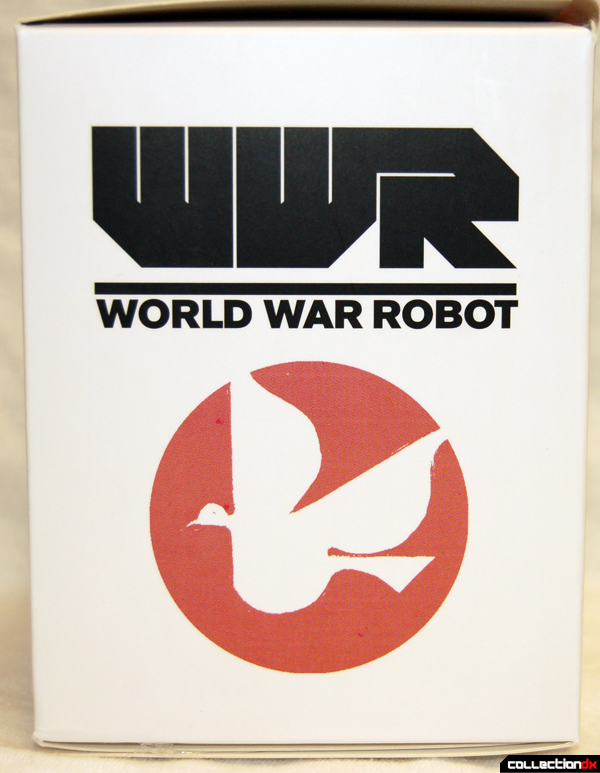 The Square2 comes in a compact cardboard cube adorned with classy graphics and sharp printing. The figure inside is held in a two-part vacuum-formed plastic support. Previous Square2s came as just the figure, but this new version is unofficially the Mark II, with stowage hooks installed on the sides, and some packs to fill them. 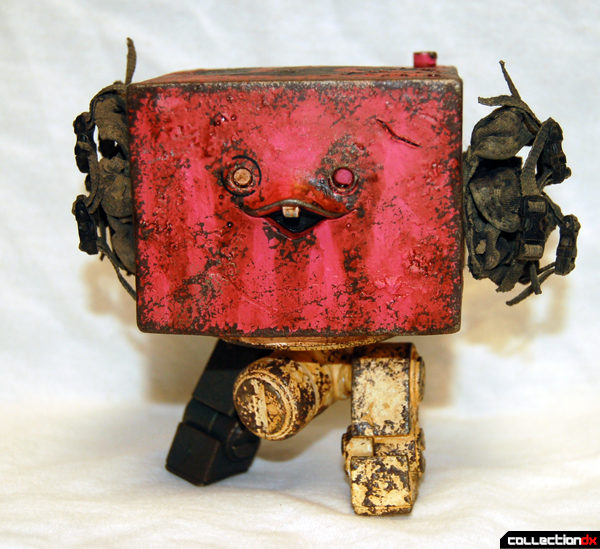 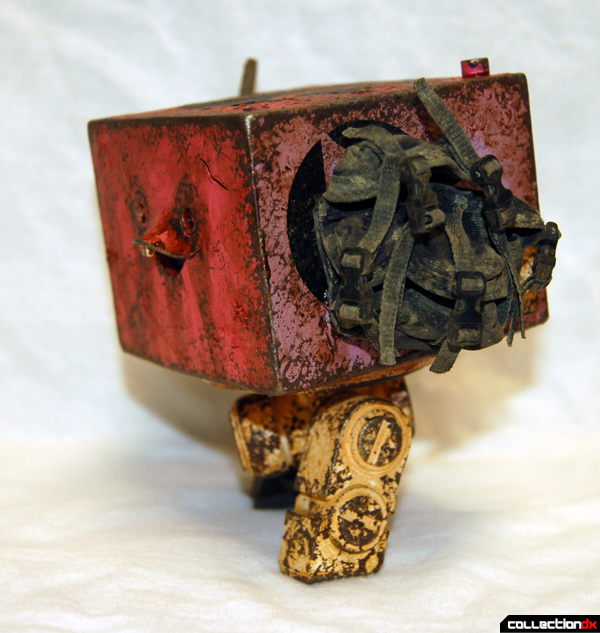 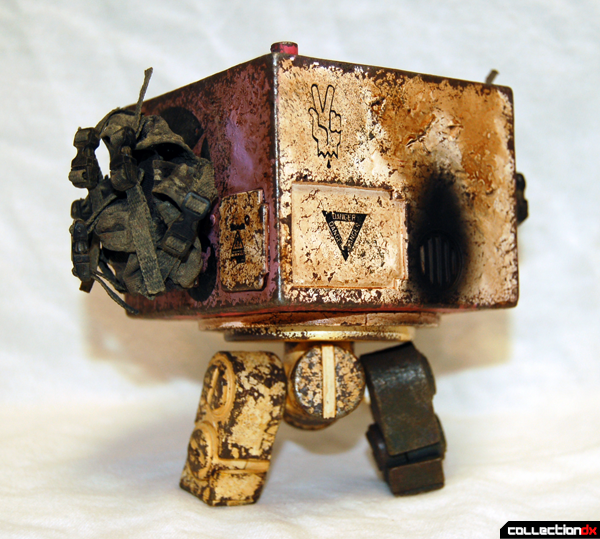 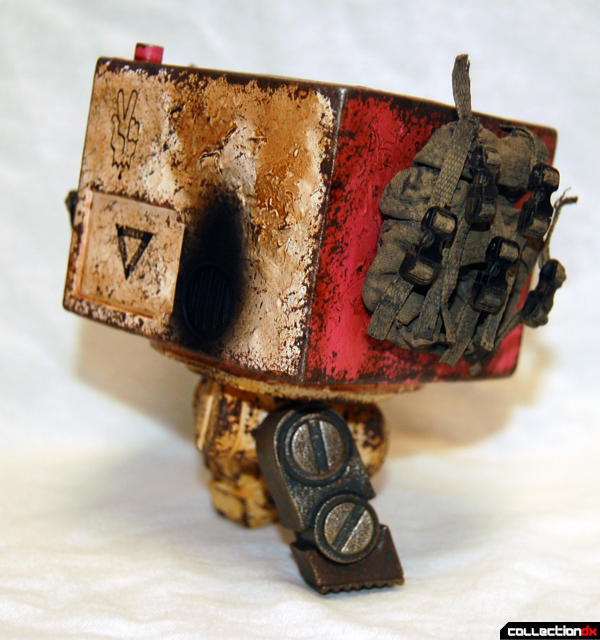 These boxes with legs have a simple design, but enough detail to make them great, simple examples of the 3A style. Square2s stand about four inches tall, and are articulated with ball jointed hips and swivel knees and ‘waist’. It’s not much, but it’s all the figure needs, and Square2s are surprisingly stable. They look great sitting, standing, or running along looking for a target. 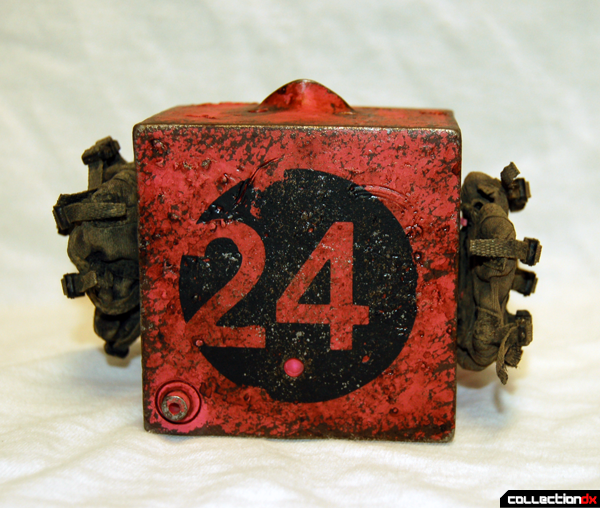 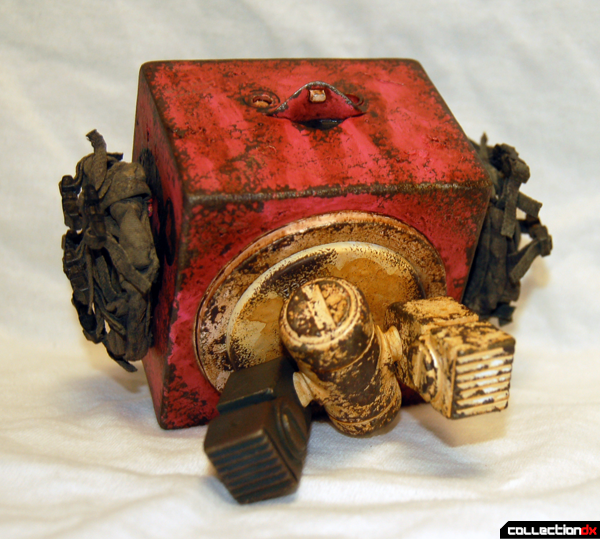 Square2s were given a plausible function in the WWR universe, but part of their popularity is due to the fact that they are a compact and comparatively cheaper way to get a figure adorned with all the amazing 3A fit, finish, and paint. The sculpt is loaded with detail and texture, including dings, dents, and pockmarks, and the paint perfectly highlights that detail. 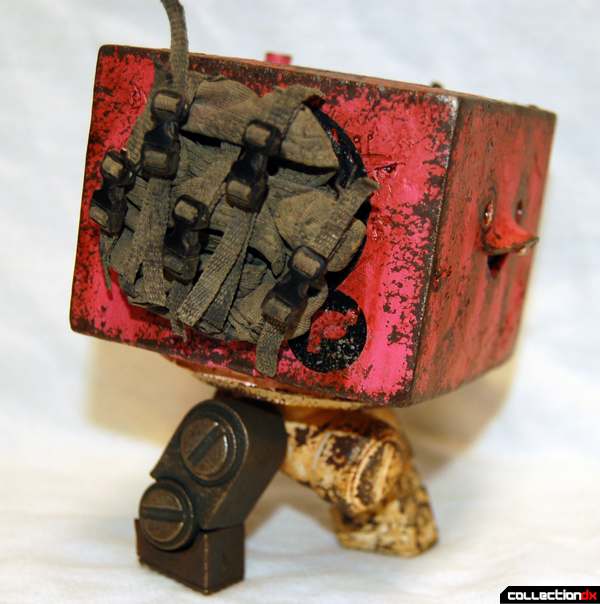 The Peace Day Square2 was a 3AA exclusive with the EMGY Dropcloth, but the Square2s were previously released as a blind-box series for $35 a pop, and are can still be found for not too much more than that. 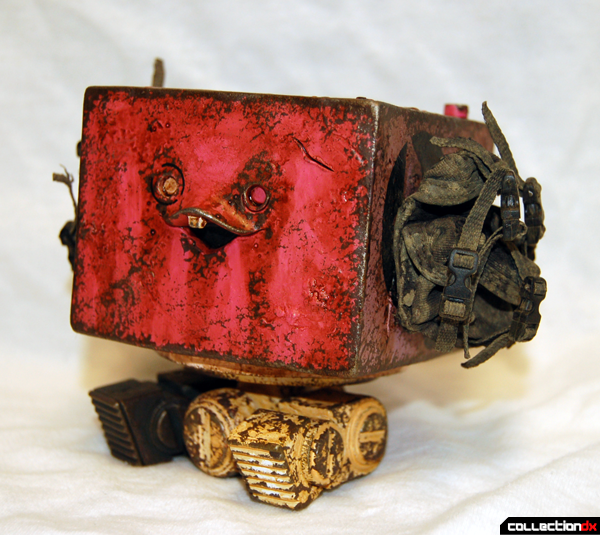