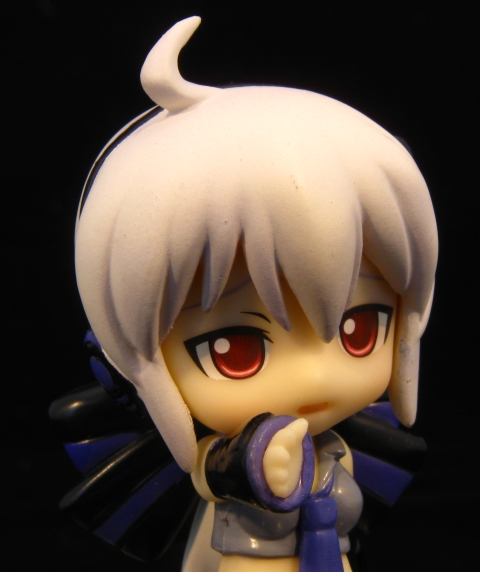 Yowane Haku (弱音ハク) is one of the increasingly common examples of a fan created characters becoming legit. Originally conceived by an artist known as Caffein, she was meant to represent all the poor sounding Vocaloid songs. Since then she has become a recognized character among the Vocaloid mascots.

The Nendoroid Petite line has an effort to include Haku, which marks her very first toy. 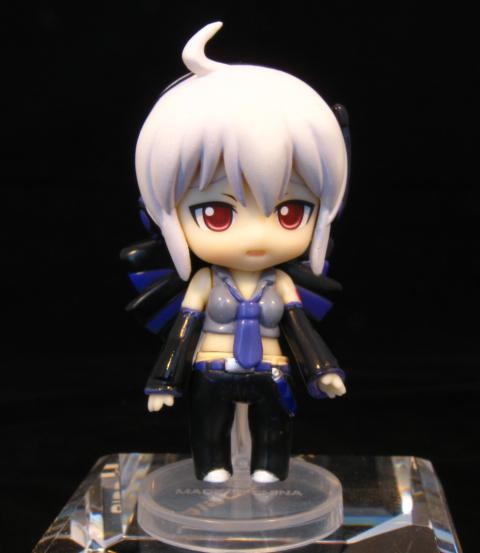 This toy, like the other Nendoroids, represents a cute, chibi version of Haku. Despite her small size (a little under 3 inches tall), Haku is a fairly well painted figure. She looks a little distraught. The only problem with mine is she lacks the extra band of black at the top of her pants which given the fact she is cast in flesh colored plastic, makes her look a little "extra chubby." Although, Haku has always been more full figured than some of the other Vocaloids. 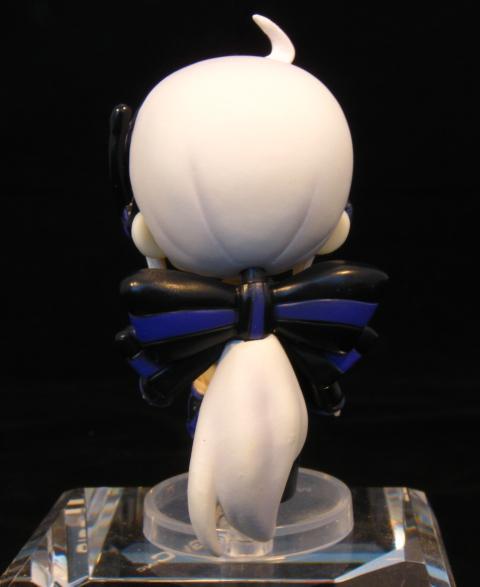 Haku's most notable feature is her long silver hair, which is accented by a black and purple bow. Her hair is long enough so that she doesn't really need her display base to stand up. 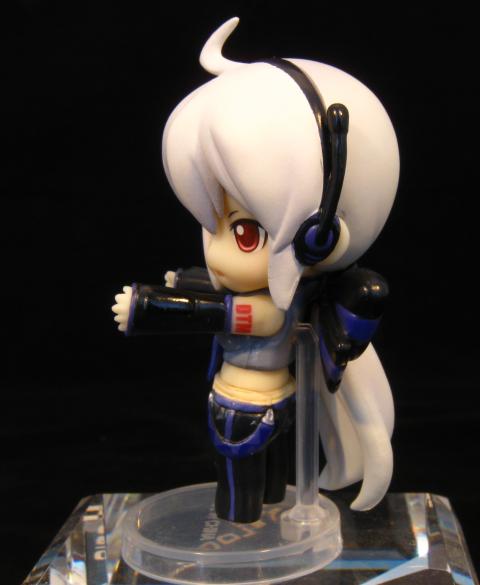 Haku has some rudimentary articulation. Her arms and neck are balljointed while her waist can twist left or right. Much like Hatsune Miku, she has a DTM (Desk Top Music) mark on her left arm. 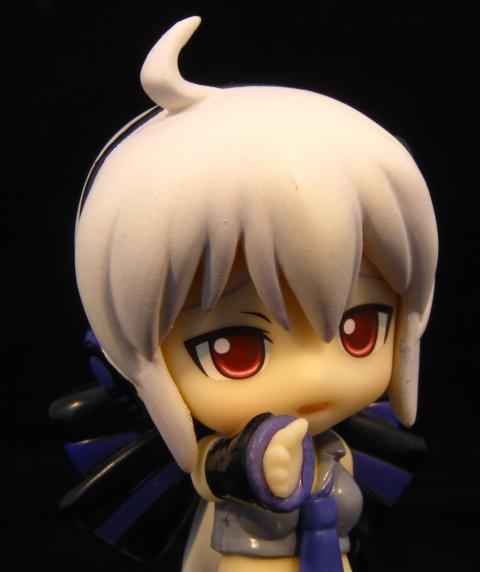 The Nendoroid Petite Yowane Haku is a fun little figure, especially for Haku fans. I don't know why I like her the most. Perhaps it is because I can relate to her chronic back problems.