Villetta Nu is a “British” pilot who operates one of the Knightmare Frame robots from Code Geass. This version is from the Lelouch of the Rebellion series.

Villetta Nu is available at Anime-Export

The figure comes with a stand and two switchable back/upper torsos, one with and without a pink jacket with arms and detachable head. No nudity or cast-off parts. No posability. Figure is packed box with a clear window and a plastic sprong with small plastic sheets protecting the arm and other various upper torso parts. 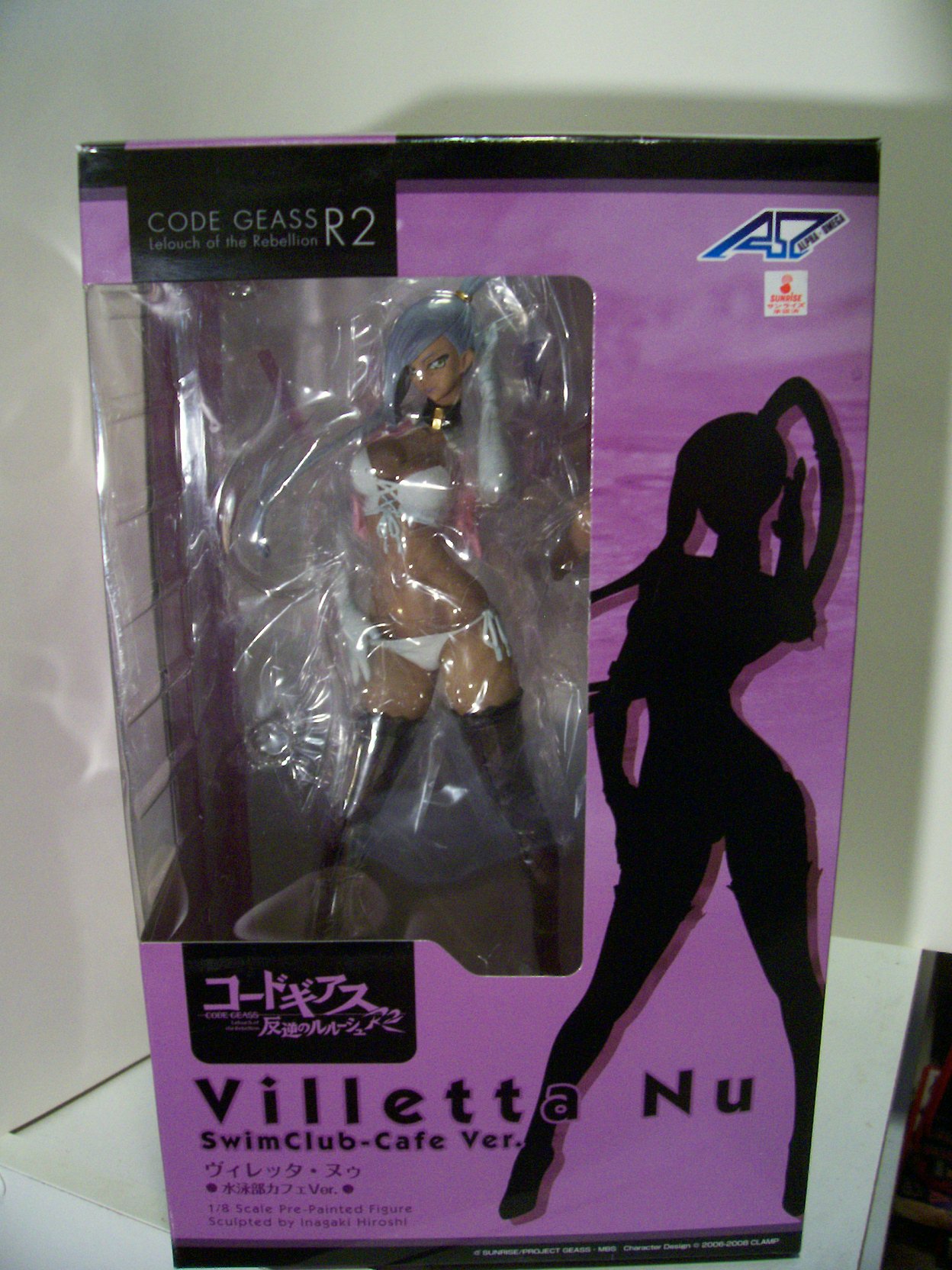 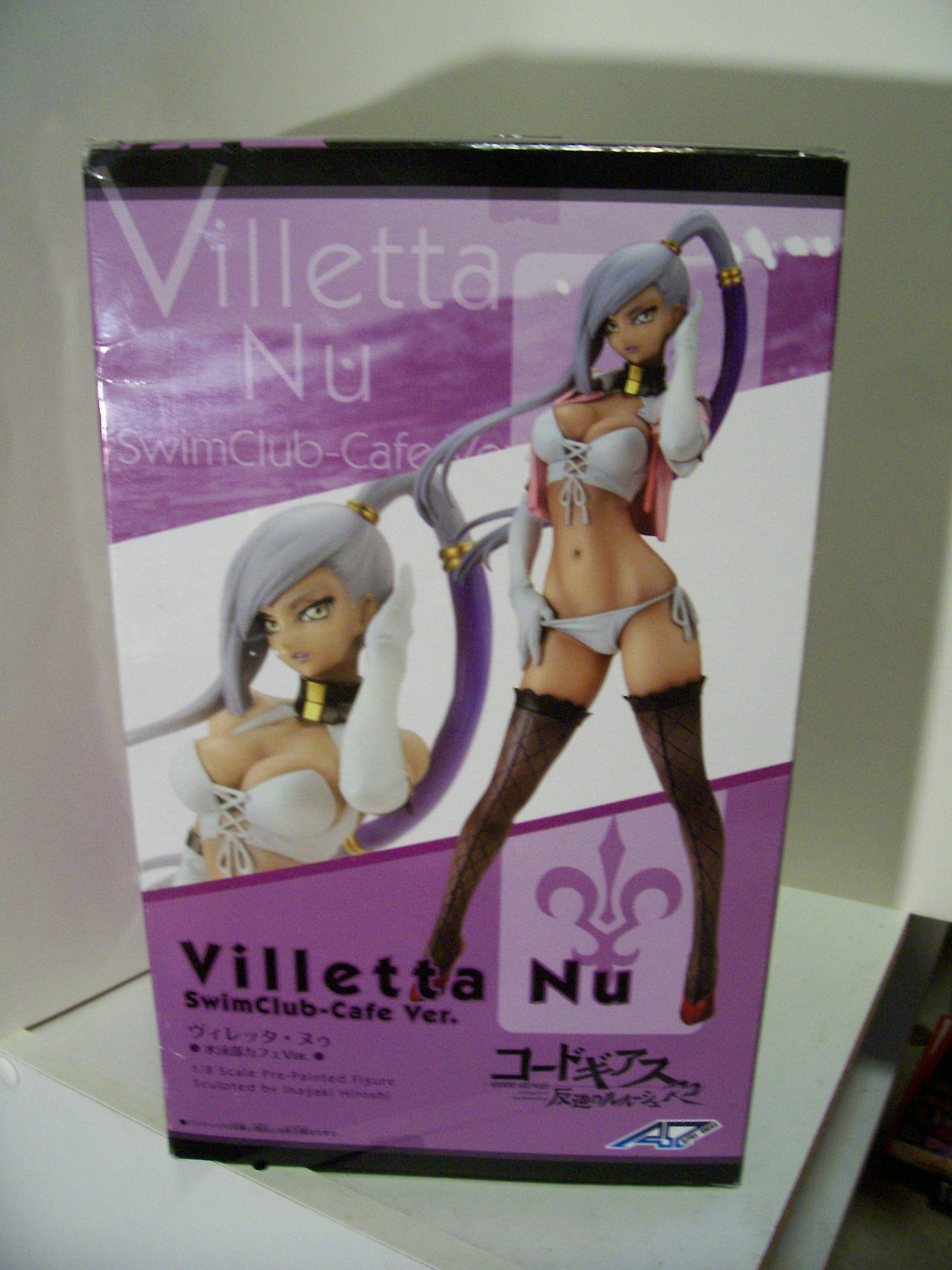 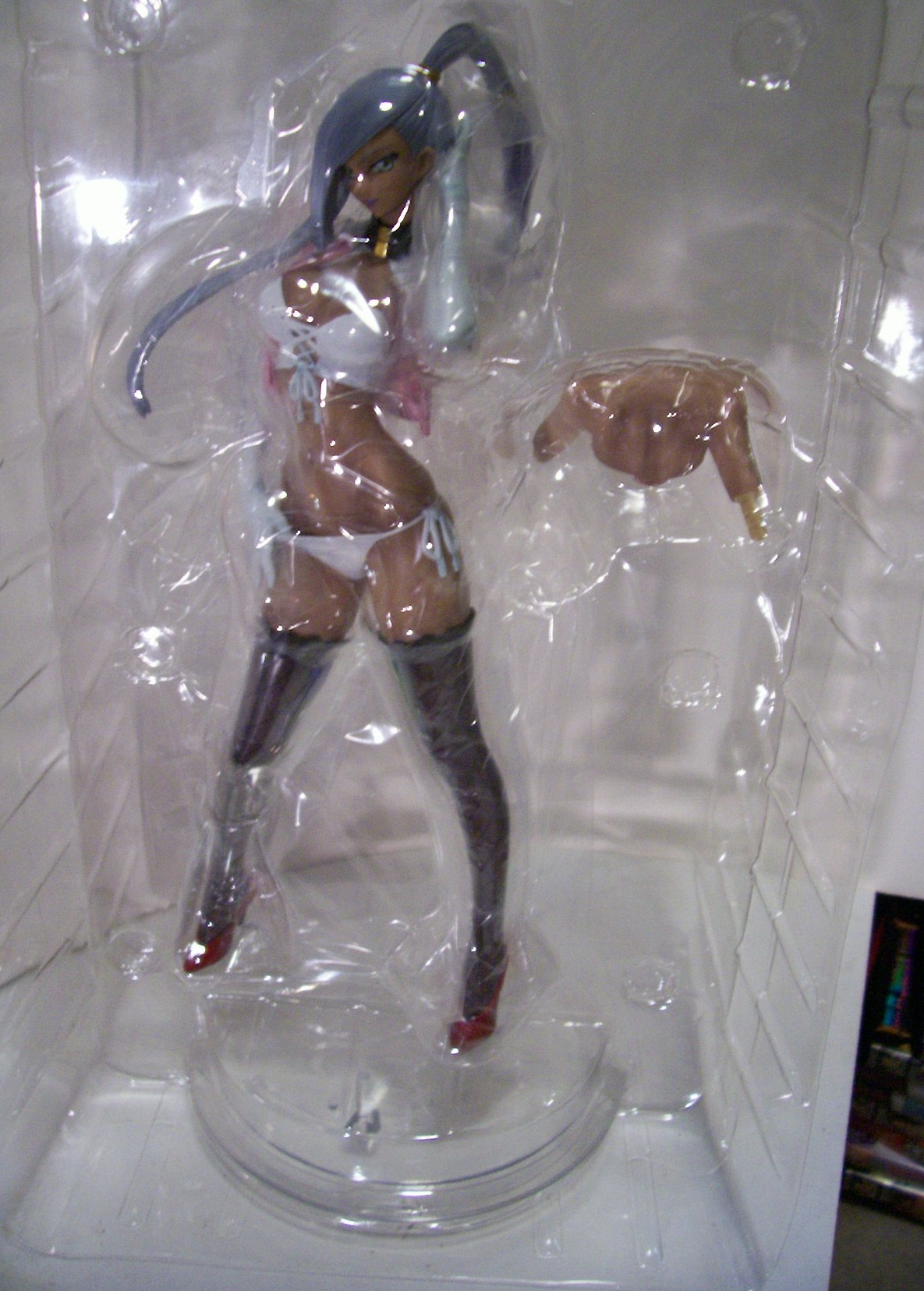 This is a GREAT sculpt with REALLY sharp details. The statue is a great capture of the character’s look and her character. Much of Villetta’s sculpted look comes from the details - the fingers on the thong, the pose and the coy look captured from the hair as it brushes over her eye. 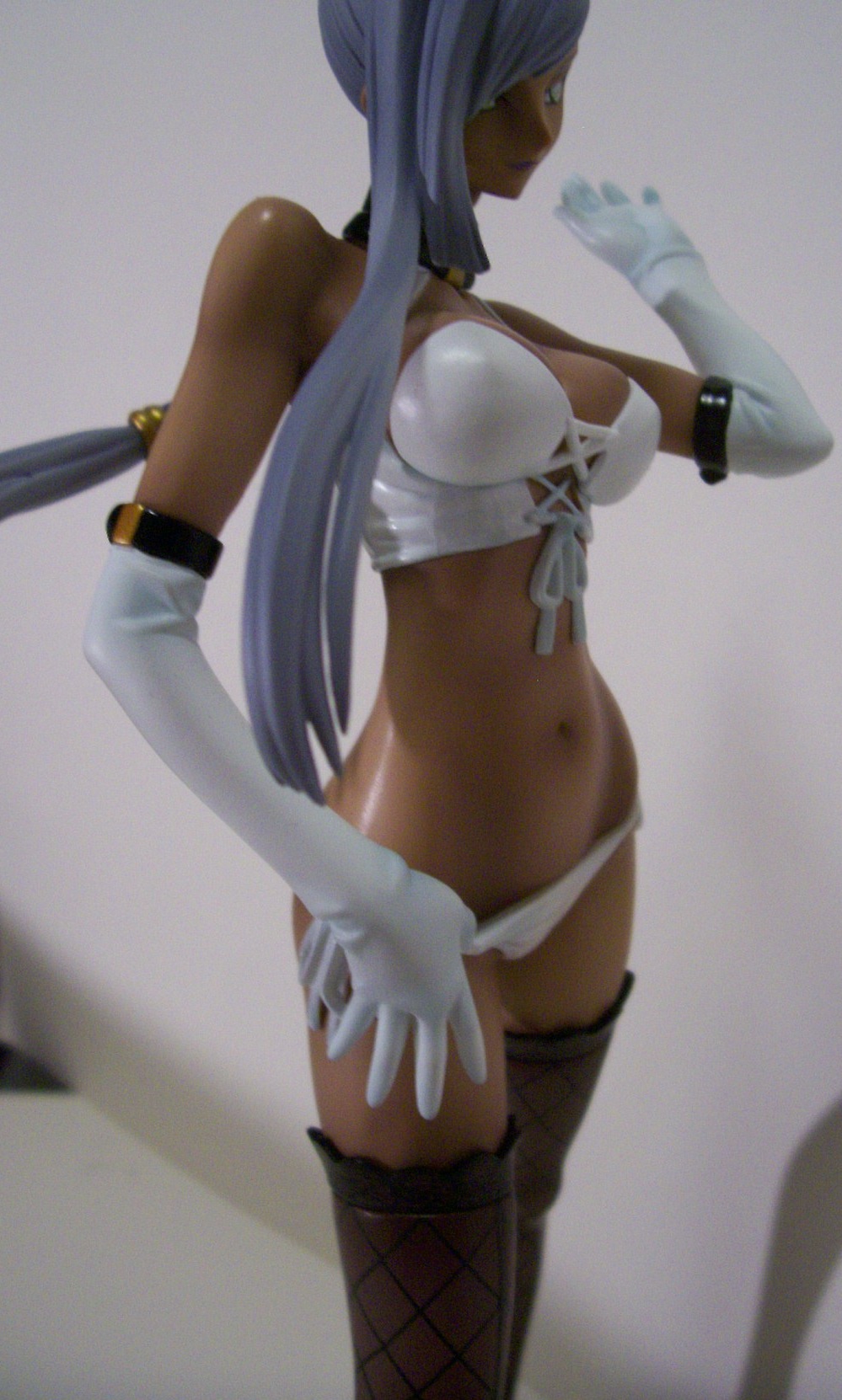 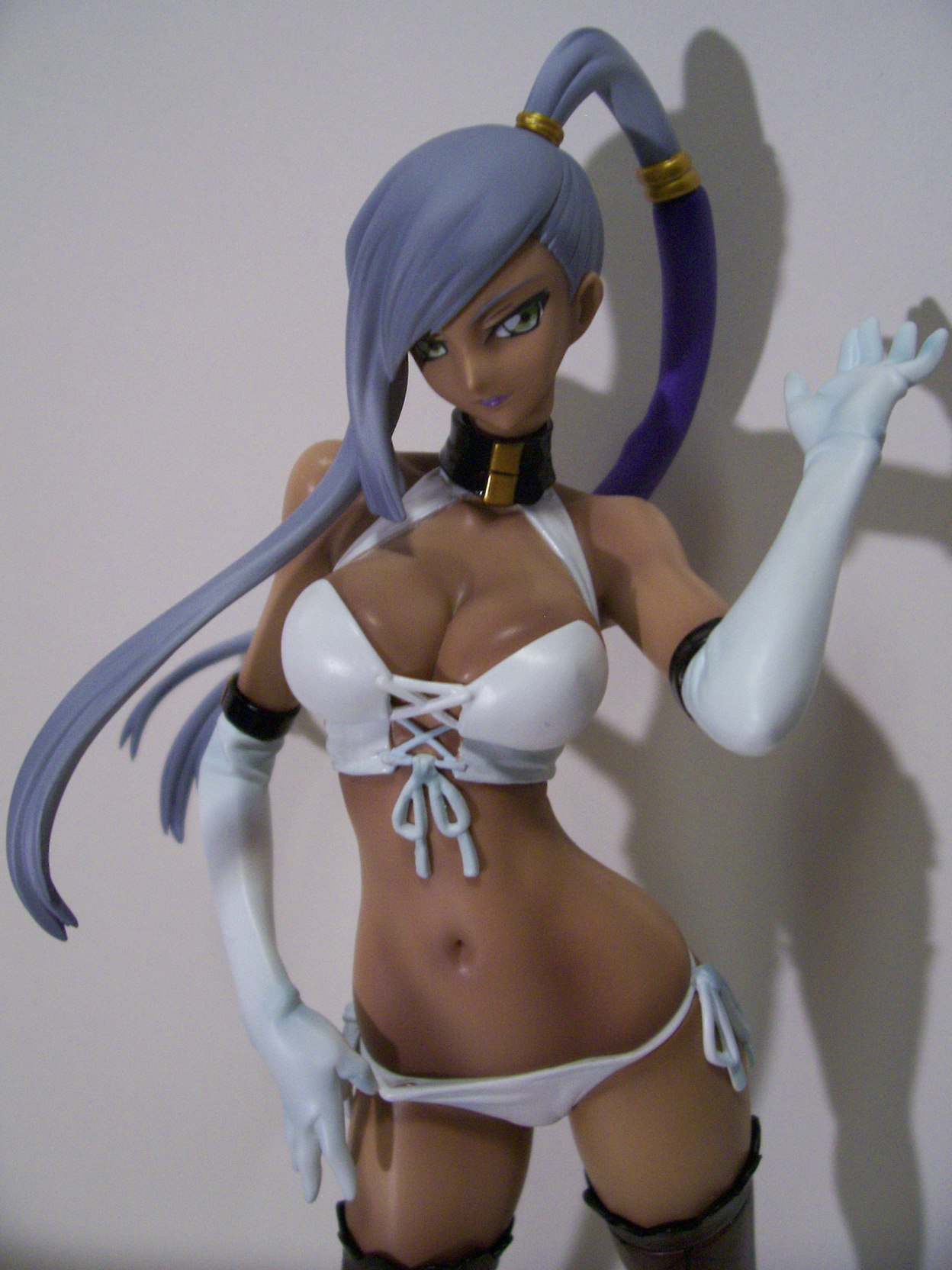 Looking over the statue’s details, it really shows the kind of quality that has become standard for this style of figure. The clothes are distinctly separate from the skin (as opposed to appearing as flush with the surface), one sees none of the messy spray that turns up in more poorly done work. 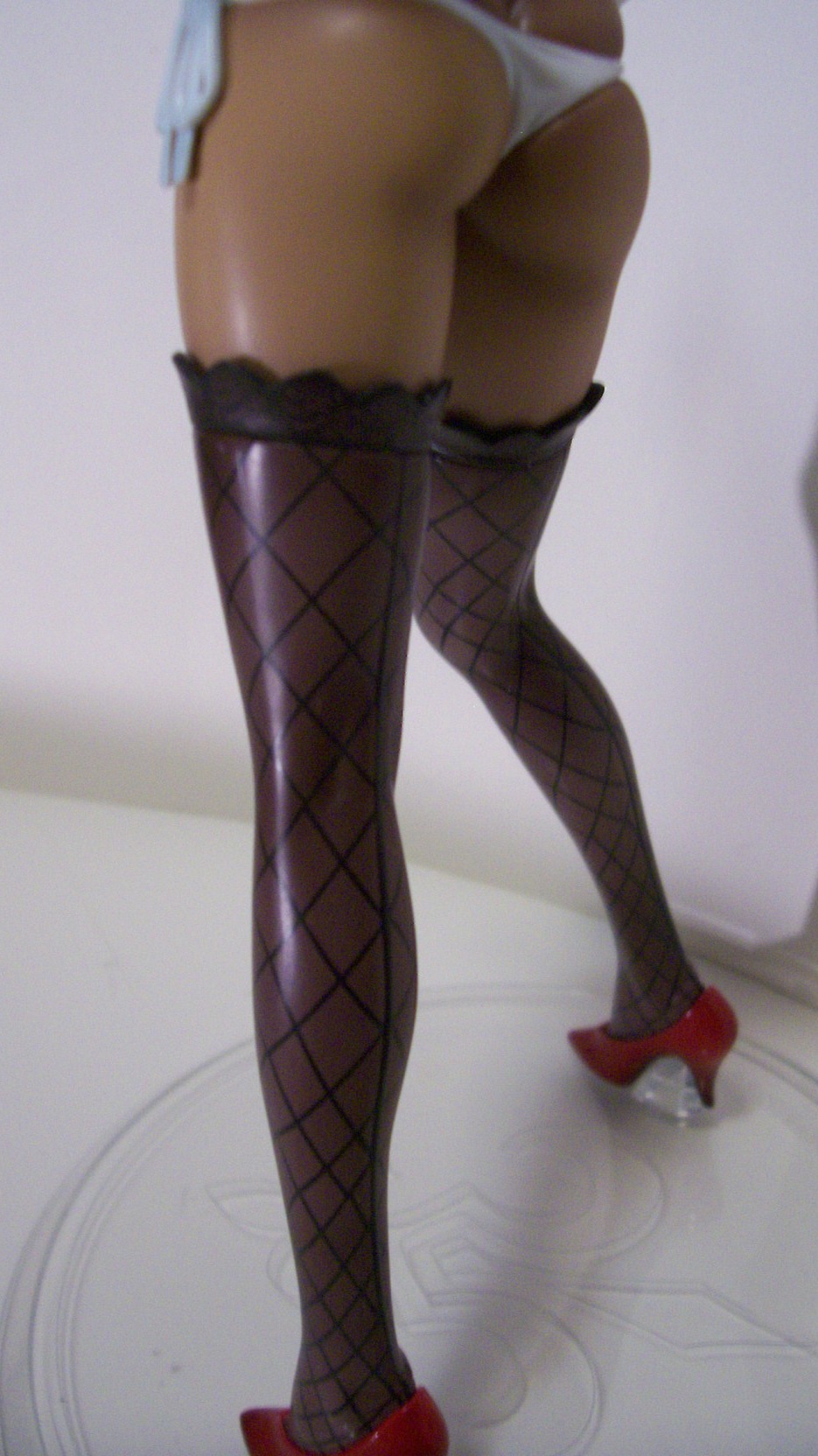 The fishnet stockings are a nicely done and go along with the strong colors used. The great colors include the really ruby red shoes to the really on-the-nail color of the skin and the hair against the presentation of her outfit.

Great close up details on the buttocks and the way the thong stretches across the cheeks. The figure has no nudity but does the tease, VERY well… 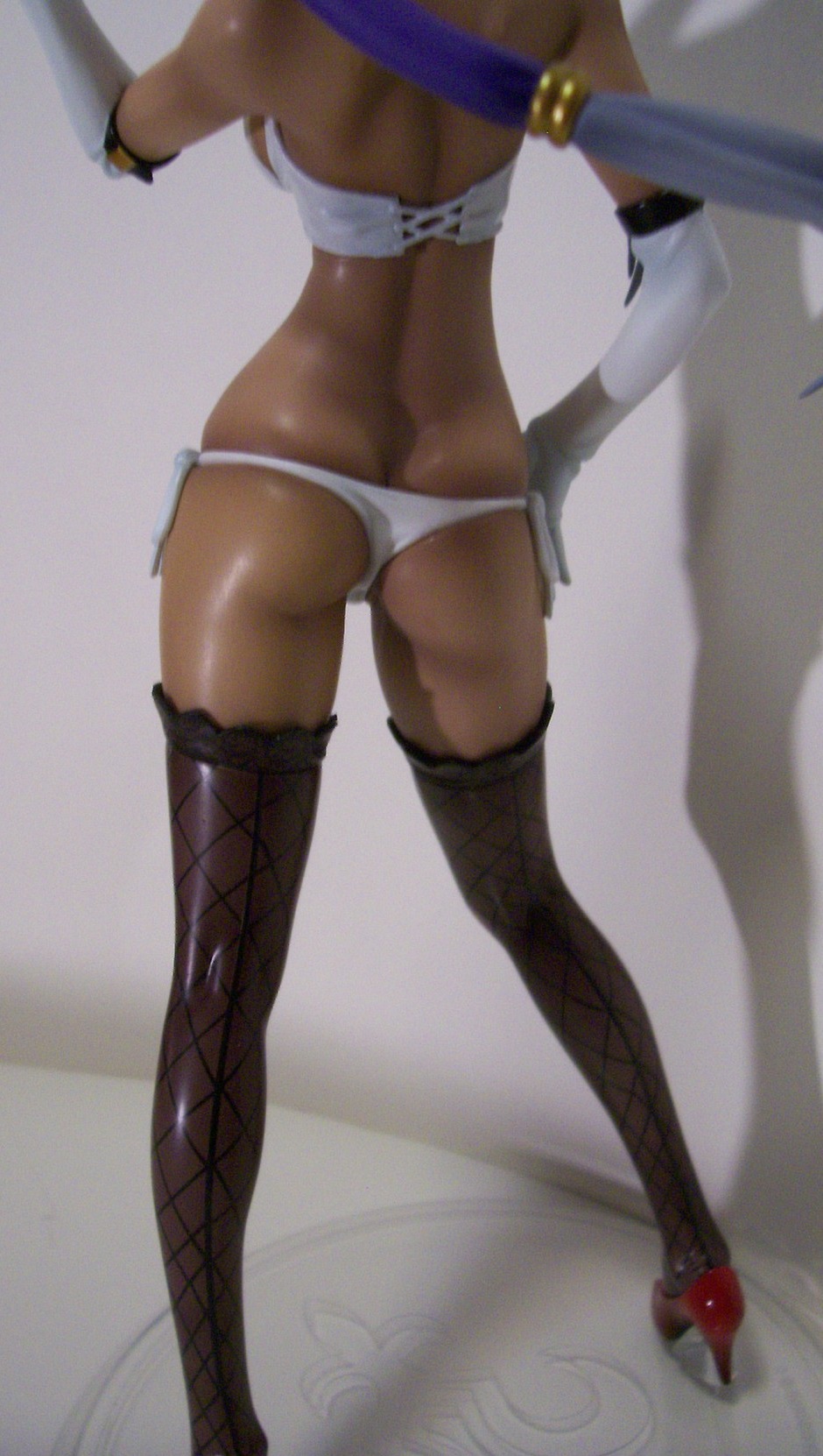 If I have any complaints, its that the neck has a really weird, unnaturally “doll-like” look to it, Especially from the back. This probably results from the fact that the head is detachable. Its not that evident-but the seam of the neck with the collar doesn’t close completely and at the right angle-it looks…weird. 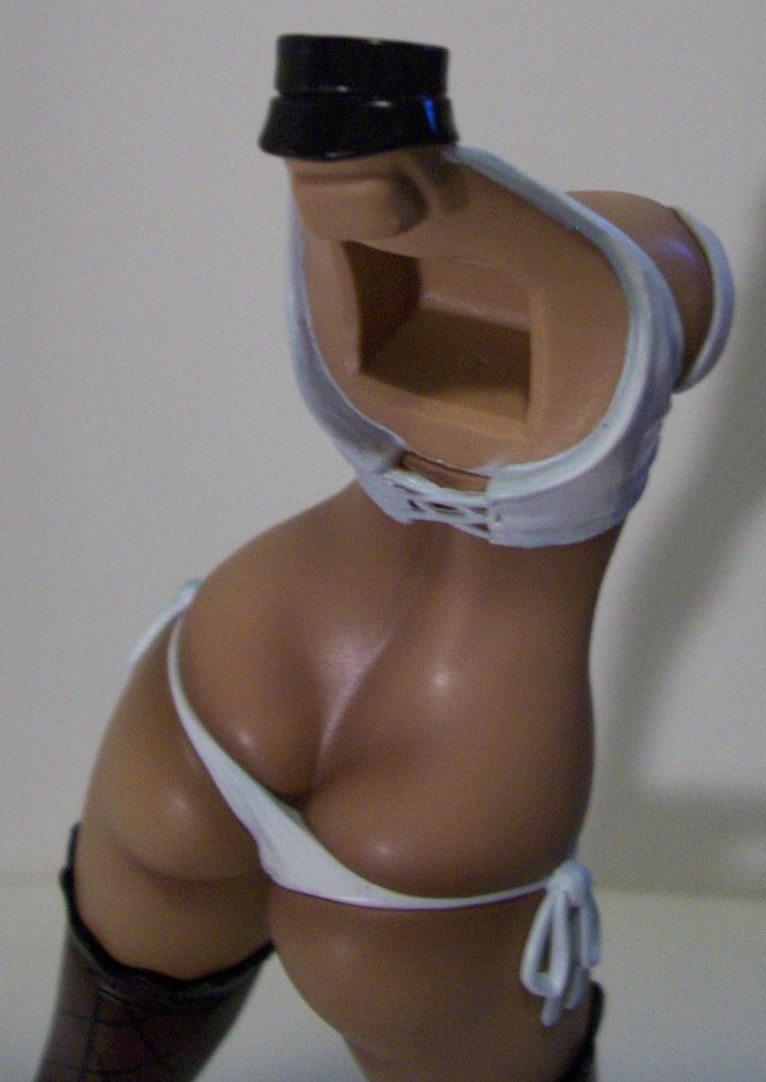 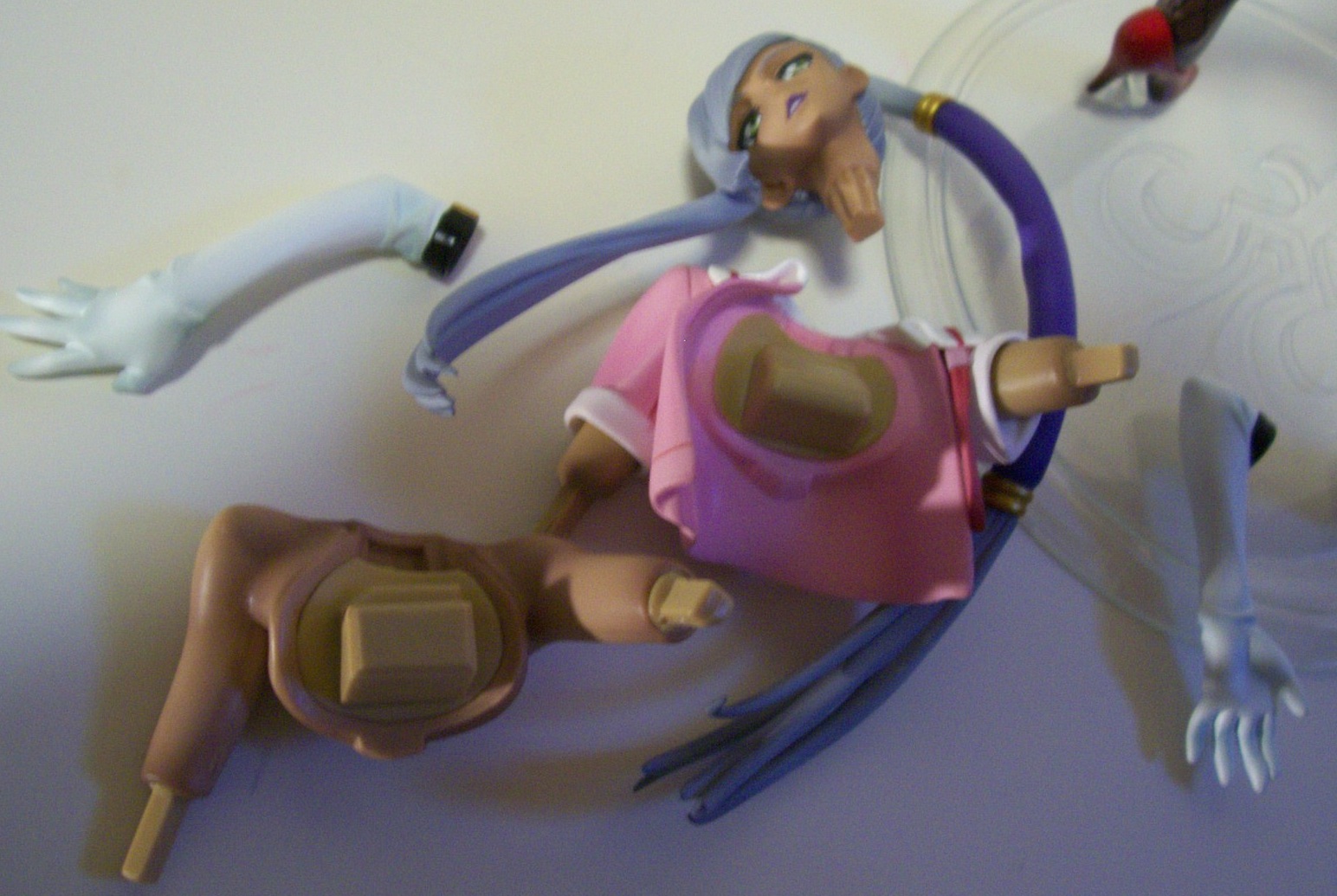 Honestly, I’m not sure WHY the head needs to be detachable since the jacket piece/upper torso switches out pretty easily without taking the head off. 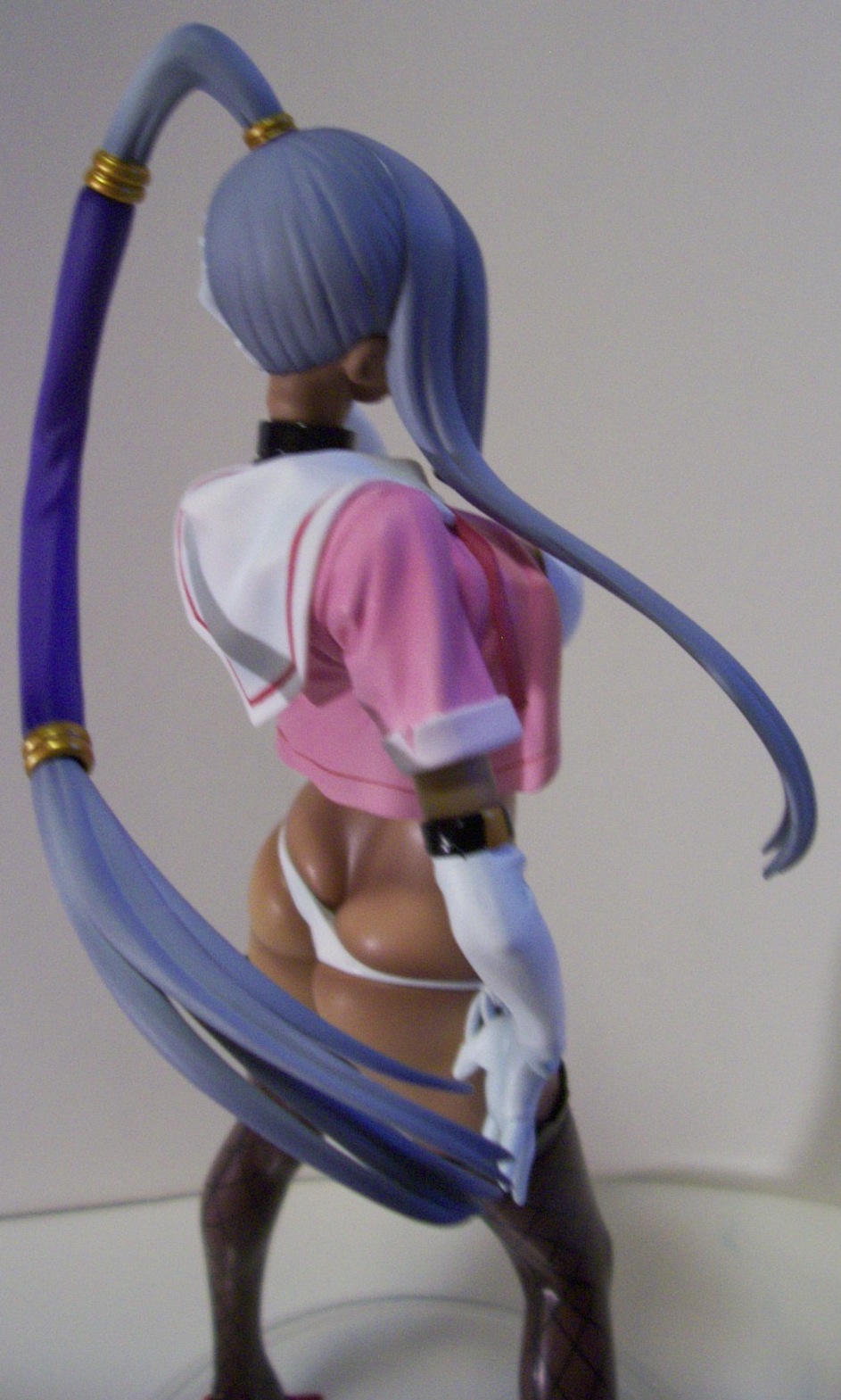 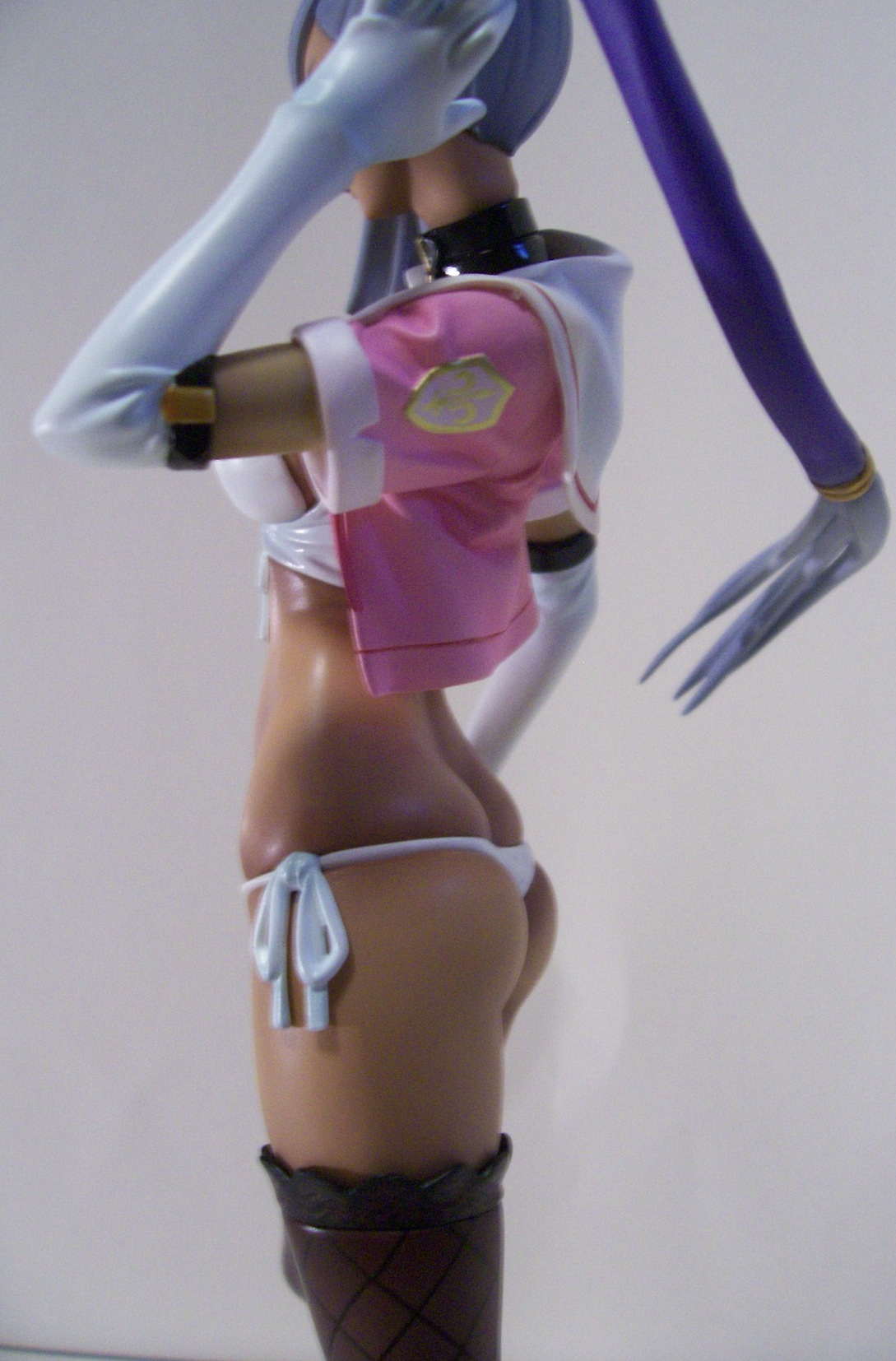 The stand looks pretty solid and has pegs that connect into complimentary holes in the feet. The legs look pretty strong which hopefully precludes the sort of eventual softening that one sees over the years in some figures. 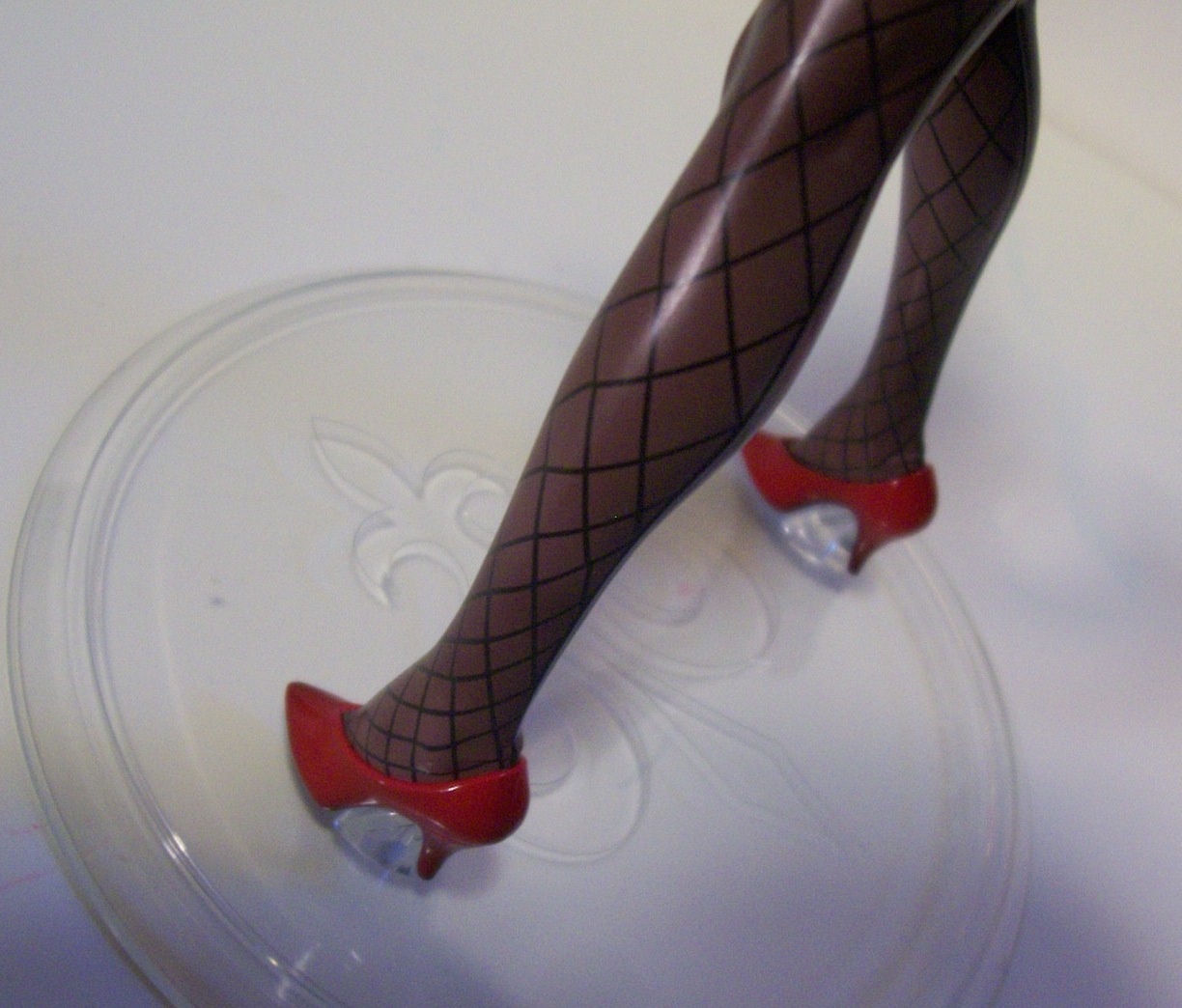 Overall, the statue doesn’t seem nearly as overt as some of the others that I’ve seen, but it does emphasize the tease quite a bit, but pulls off the “sexy” look really well without being too explicit. 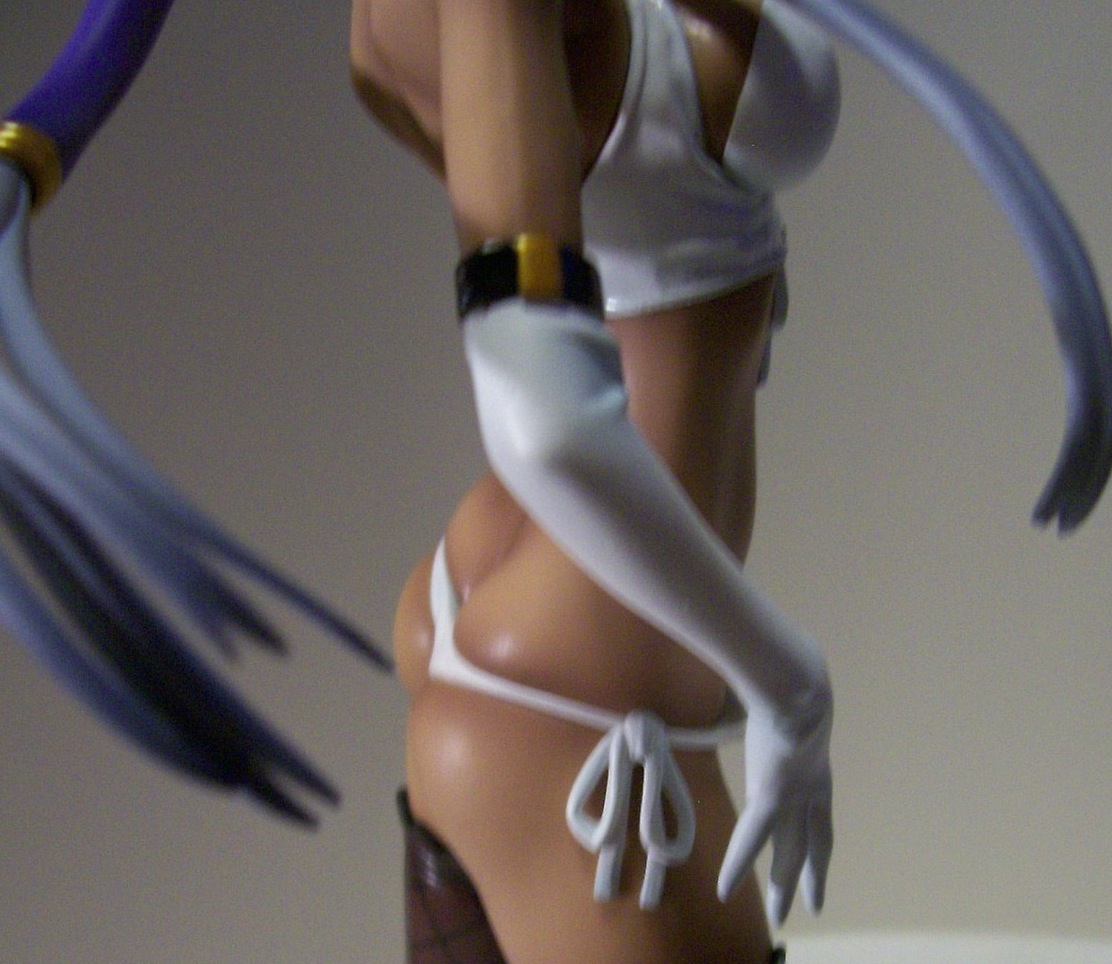