This version of the VF-25F Messiah Valkyrie was released in 2009 as a Tamashii Webshop exclusive. Like the regular version, it is a huge piece of crap. But what a beautiful piece of crap it is.

When Bandai first came out with their Valkyries for Macross Frontier, there were problems. Engineering issues and breakage made these toys so crappy that they came out with ENTIRELY new versions of them, which sucked for all the people (like me) who dropped cash on the first versions. This clear version is based on one of those terrible first versions. This version is so cool looking, I had to get it regardless of how terrible a toy it was.

Being a Tamashii Web Shop exclusive, the packaging is a bit special. In this case the box has a digital holographic pattern all over it that shimmers in the light. 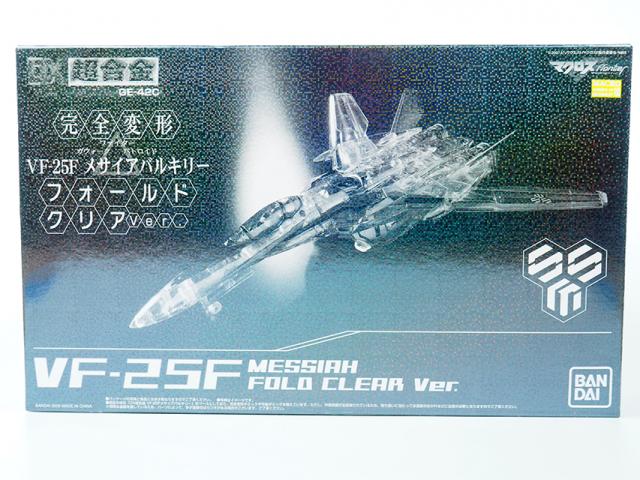 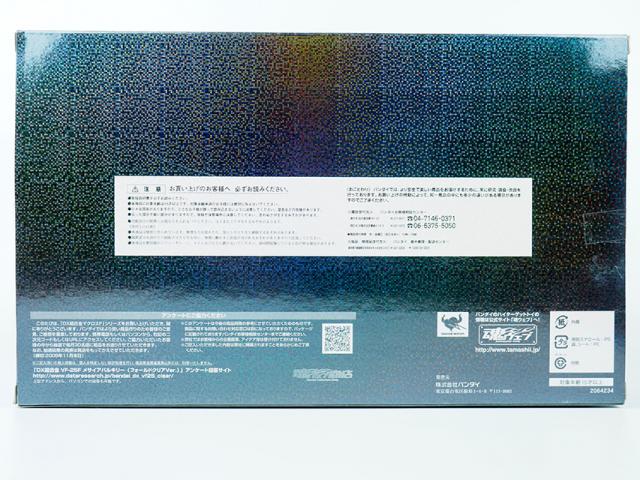 Inside, all the stuff that came with the Alto version, comes with this - just clear. 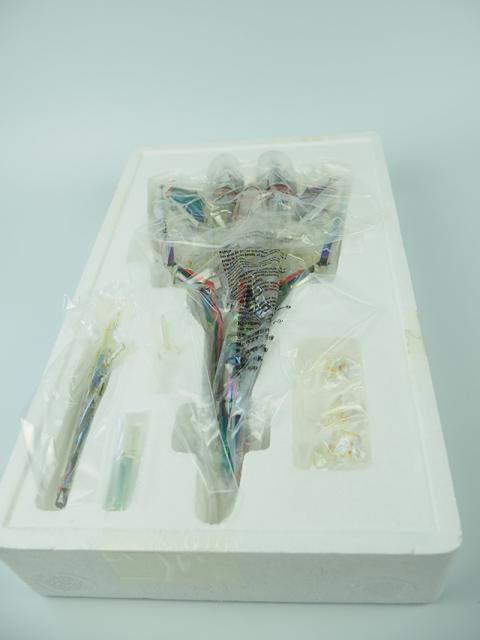 Ready to go out of the box, this thing is sexy. The clear plastic has a shimmer-like coating that changes reflective colors as you move it around. Even the metal parts have the coating. Is this the first CLEAR CHOGOKIN toy? Nope, that goes to the Mechaclear line. But there are no other modern clear gokin as far as I know. 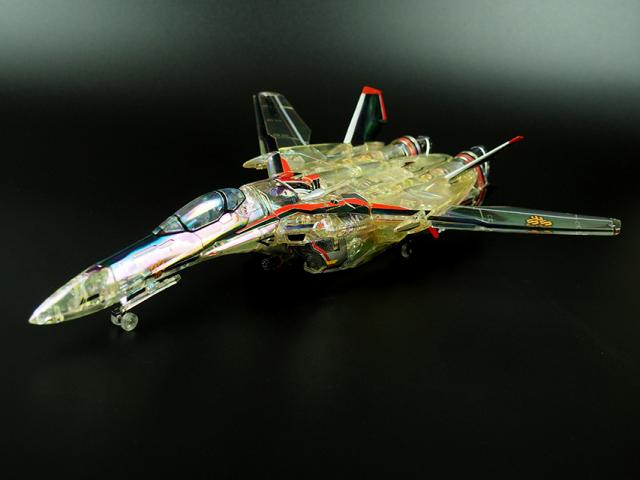 I'm not going to go into the reasons why this is a huge turd of a toy, you can read the original review and it all applies here. But as I said before, that is not why we are here. This is a beautiful thing that you put in one pose and never touch it again. 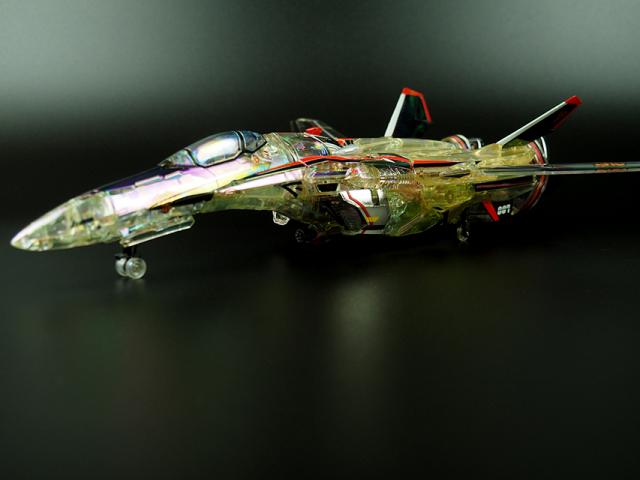 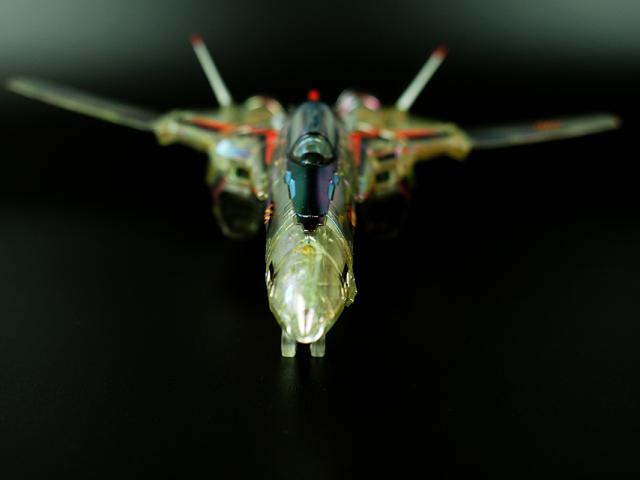 "Fold" is like Warp Speed or Hyperspace, it's a shortcut through space that looks all weird. In the series, i've only ever seen then fold in fighter mode, but it transforms, so we'll transform it. 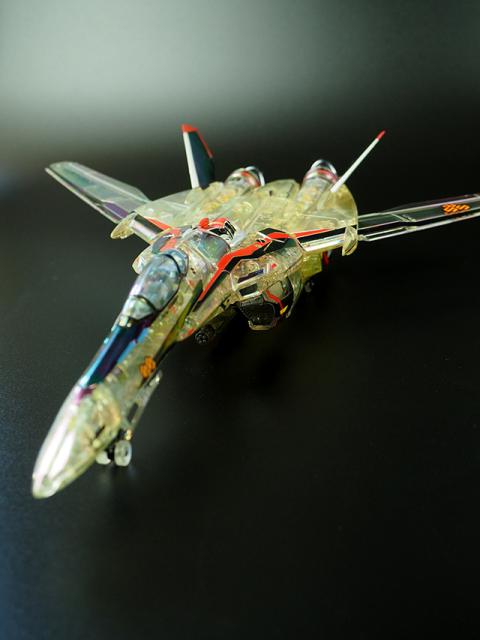 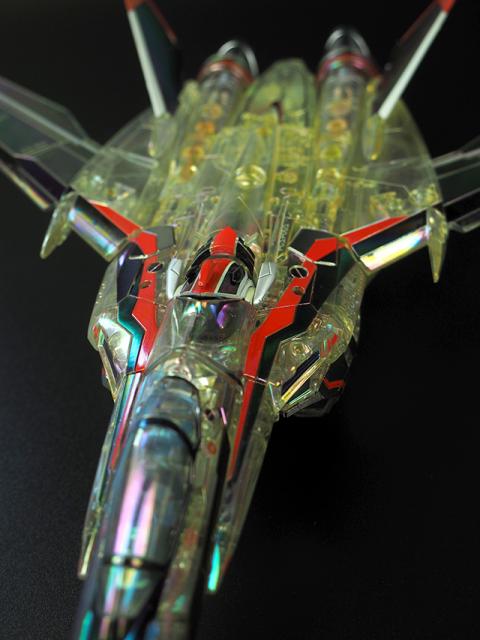 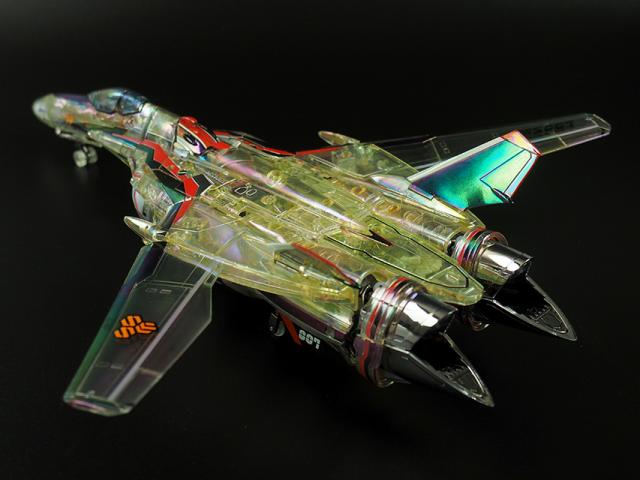 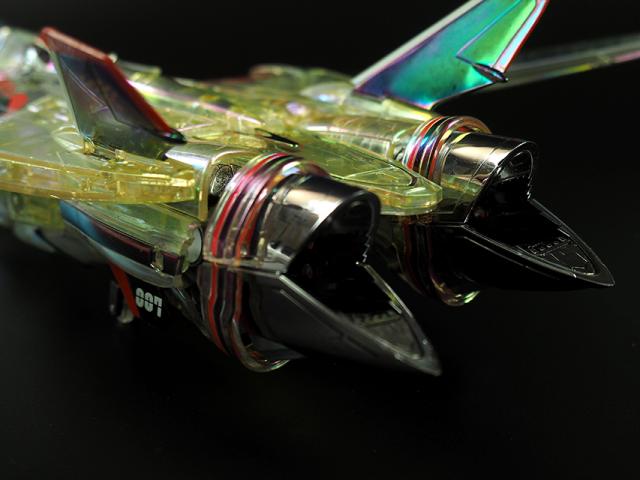 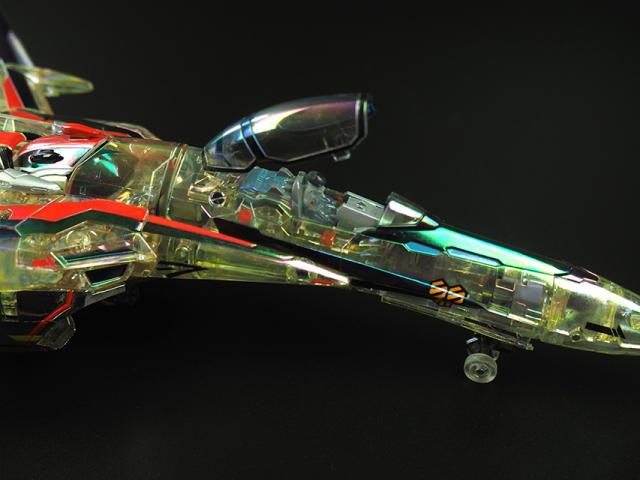 The gunpod is clear, and stores underneath. 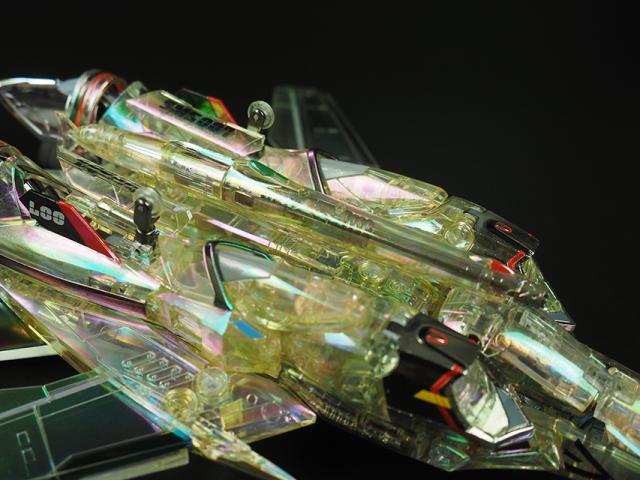 Even the little tires are now clear! 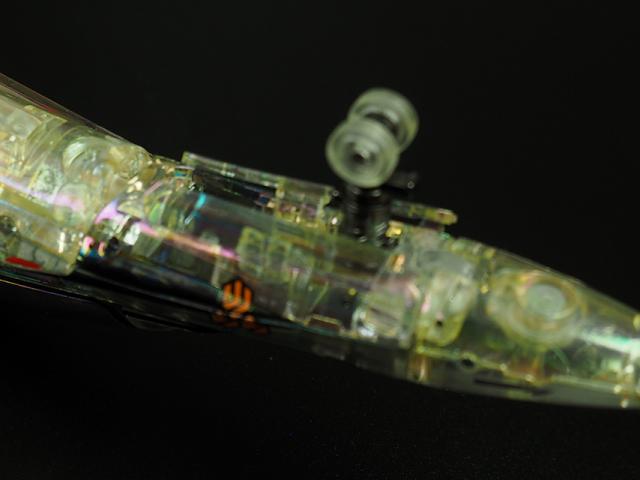 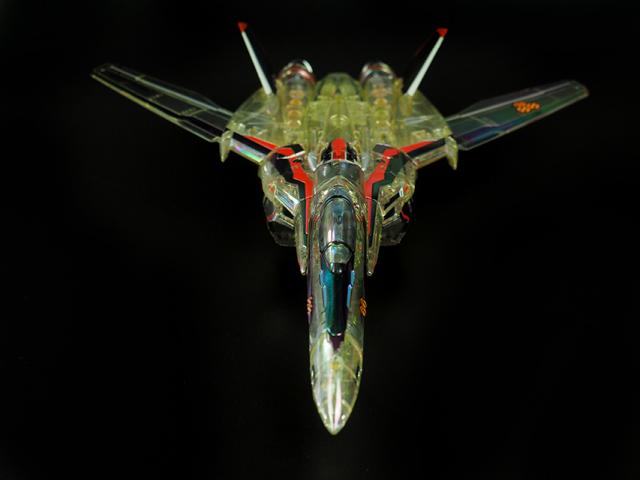 Up until this point, it's great. The fighter mode holds together solidly and nothing seems amiss. But then you try to go to Gerwalk mode, and you want to kill yourself.

First up is the pre-gerwalk mode. That works, if not a bit awkward. 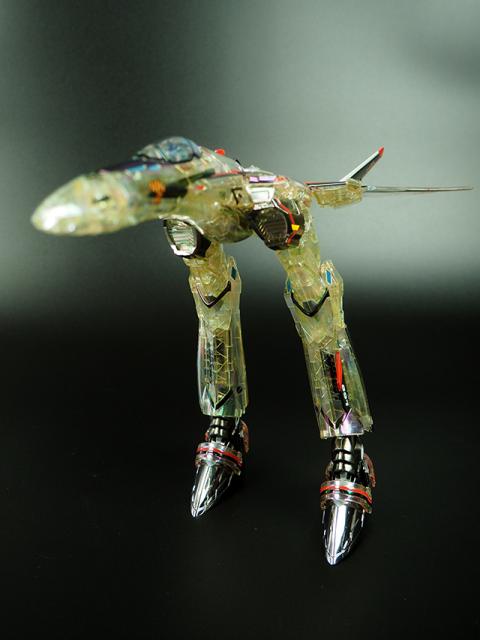 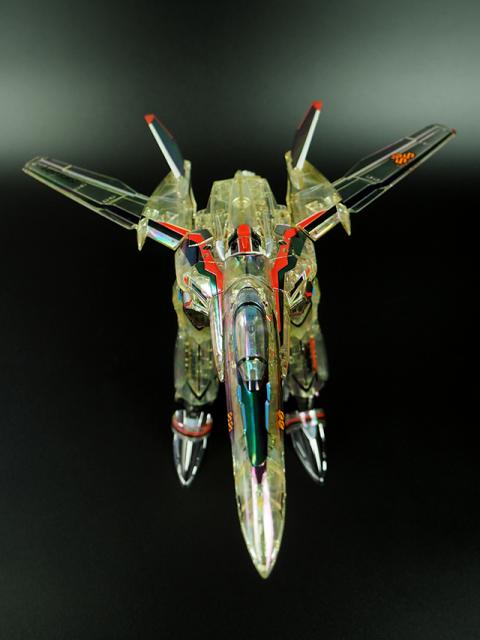 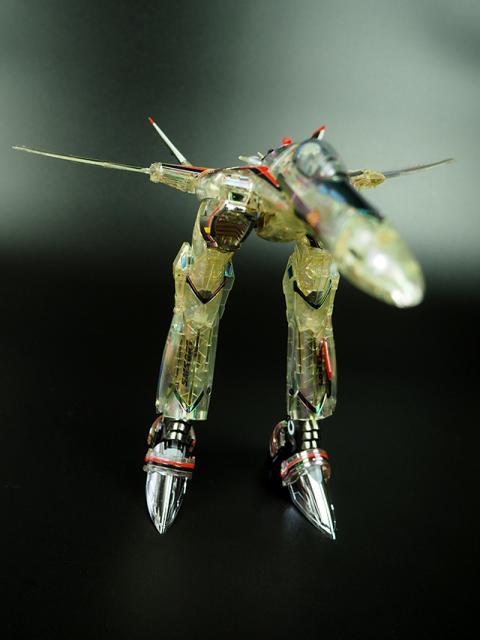 And then you try to go full gerwalk and..... 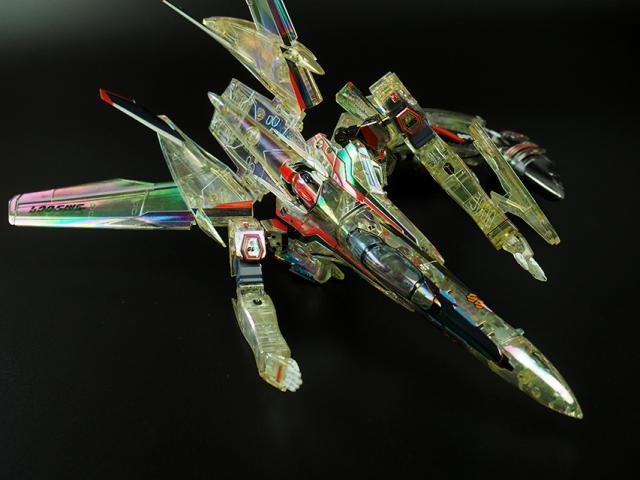 Battroid mode is a bit better, but I didn't want to tempt fate and do too much with it. 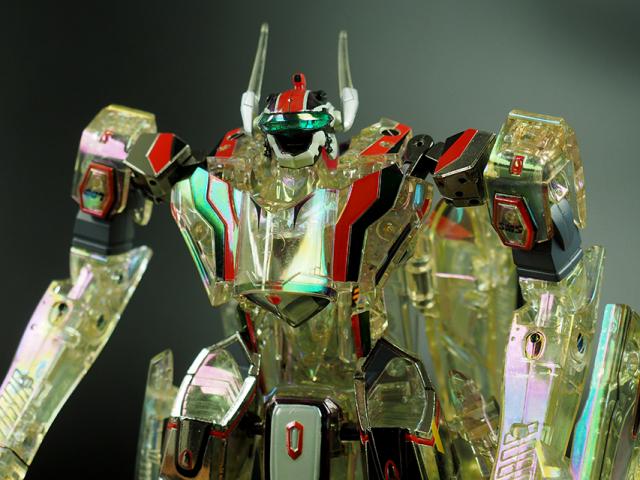 Variant hands are included that you need to swap out if you don't want him permanently doing karate chops. 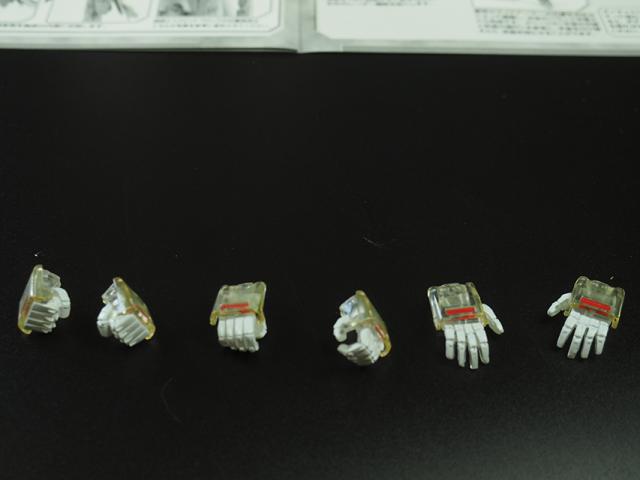 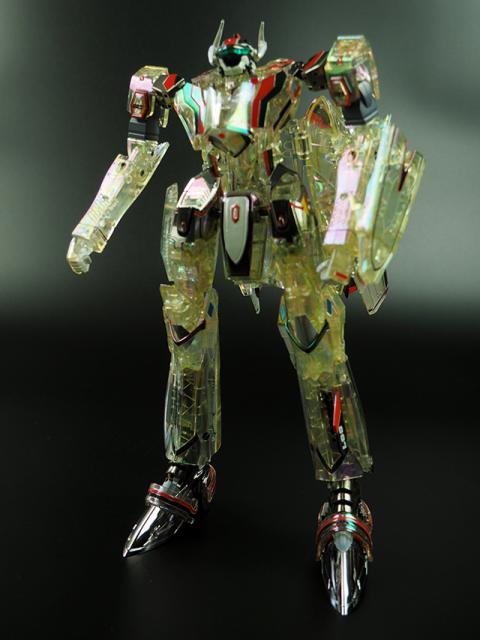 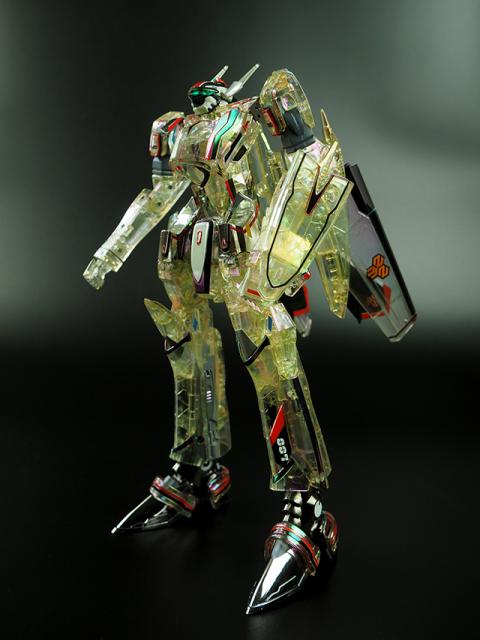 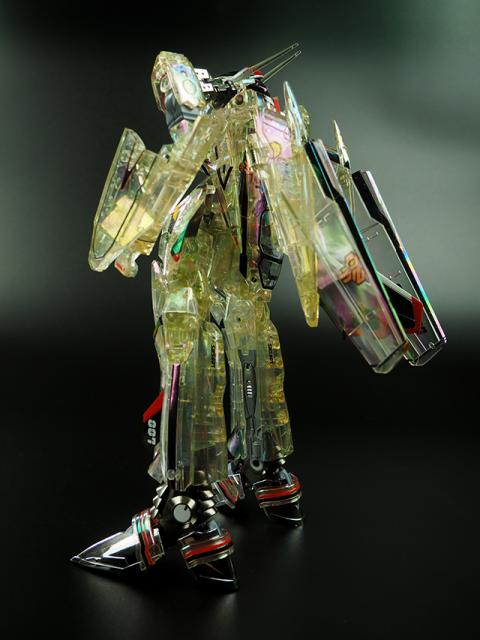 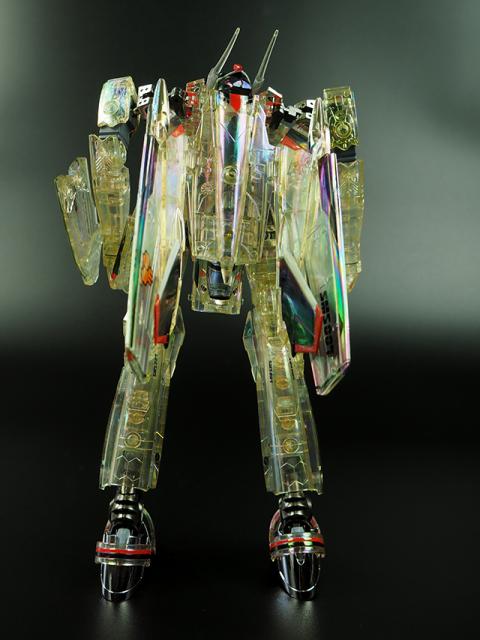 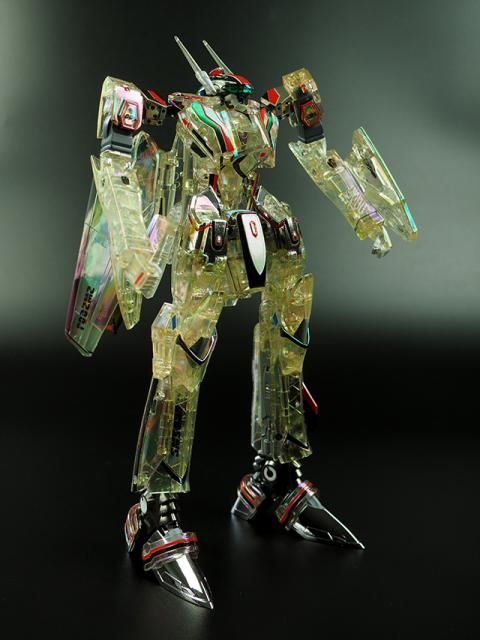 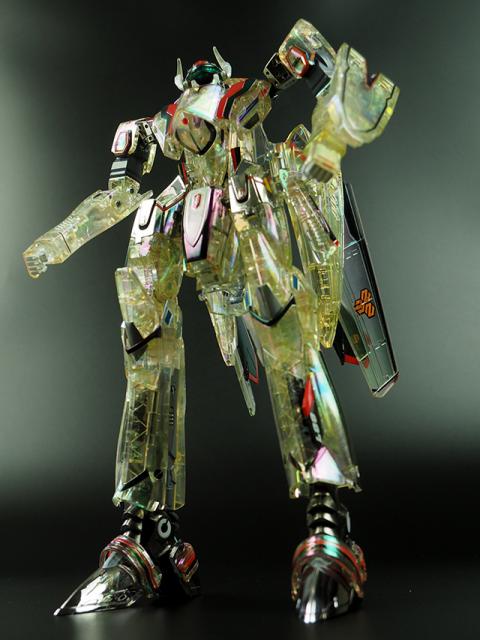 The gunpod separates like the original, but it had been so long I forgot about it. 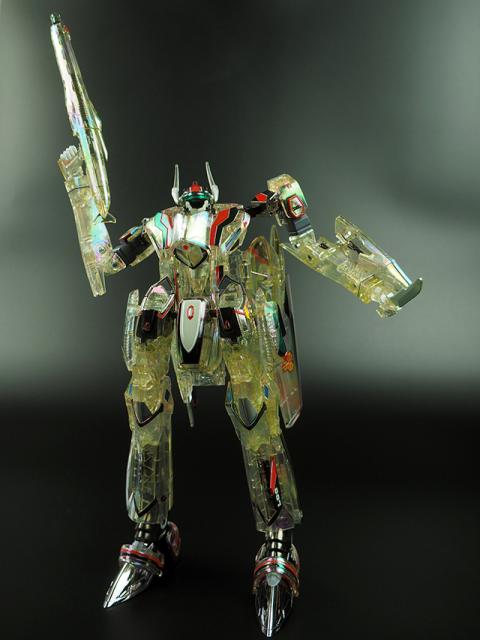 And a knife for super robot stabbin'. 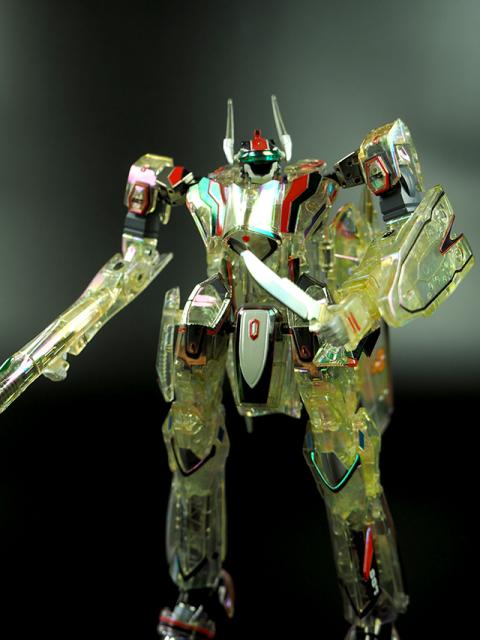 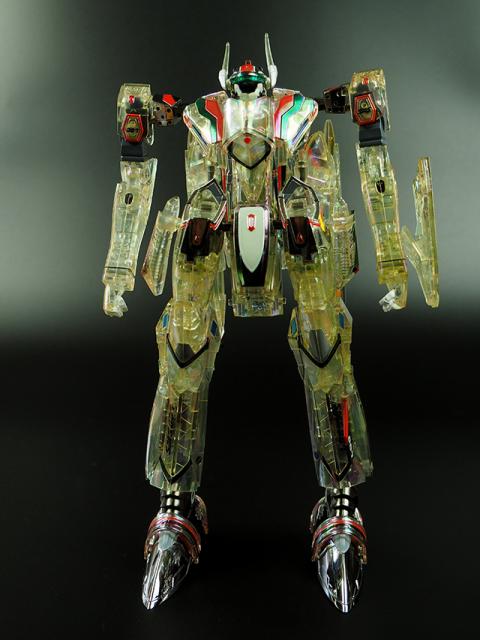 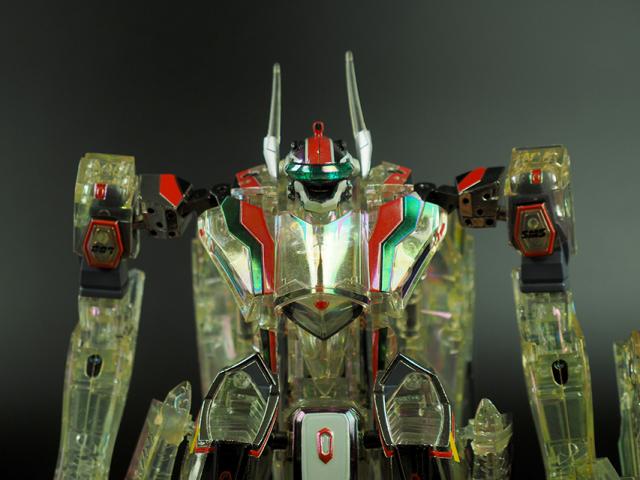 Wish I'd never sold mine, it really is awesome in hand.