For a review of the previous set, go here.

As the fourth set in the series, “baachan to hokkori” or “unwinding with Grandma” is arguably the centerpiece of the living room, featuring a large dining table to finally place all previously released accessories on. Like the previous set, the narrator seems have switched to the younger sister of the family.

When I get tired of playing alone, sometimes I watch TV with Grandma. My Grandma is a huge fan of Chiyonohori. She says it’s really cool that such a small sumo beats much bigger opponents. The snacks she gives out are good but the persimmons she peels have a kind flavor. 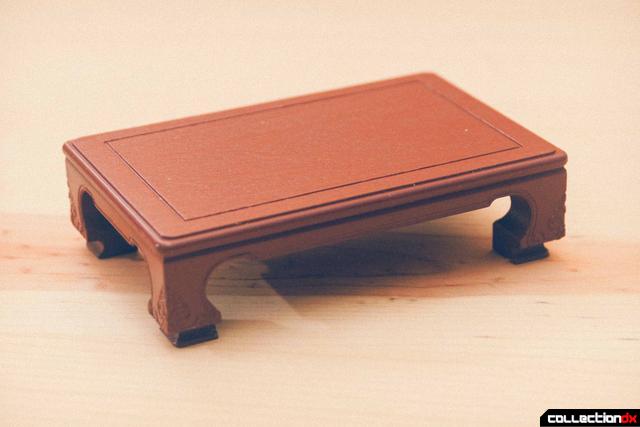 I’m not sure if this qualifies as a Kotatsu since it has no blanket and heating element, but it’s a nice large table to finally place stuff on. 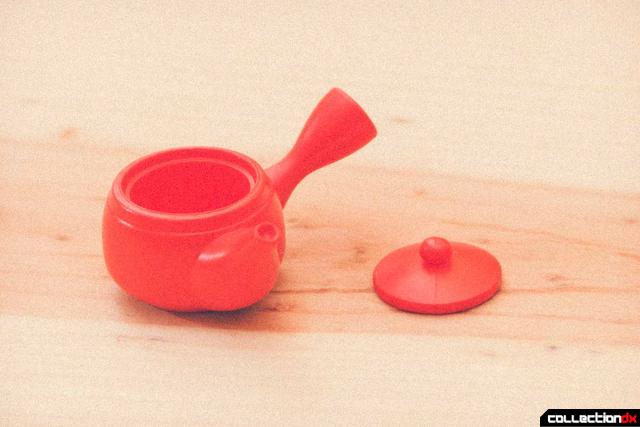 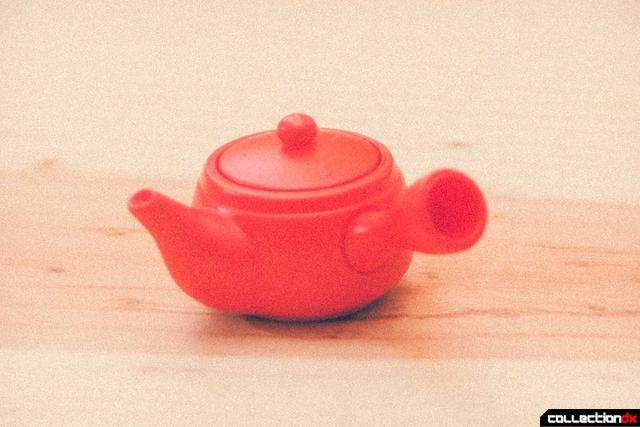 The yokode kyusu teapot is distinctive for its side handle and features a removable lid. 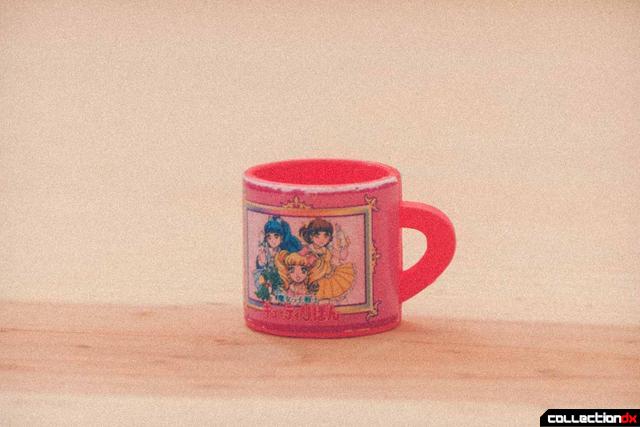 For the little sister, a small Cutie Lemon glass is included. There is supposed to be a piece inserted into it to represent liquid, but it popped out while I was trying to set up a picture is now lost somewhere in my room. 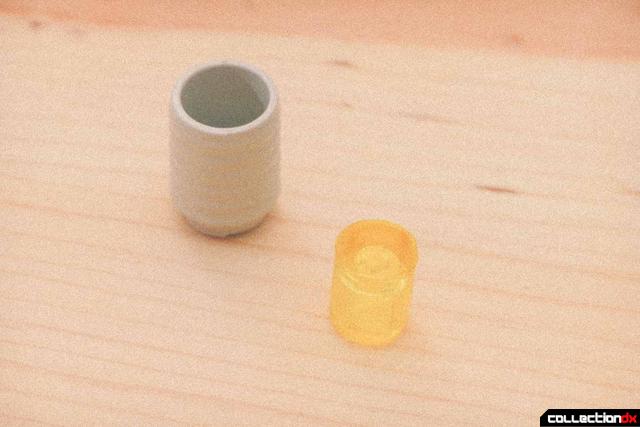 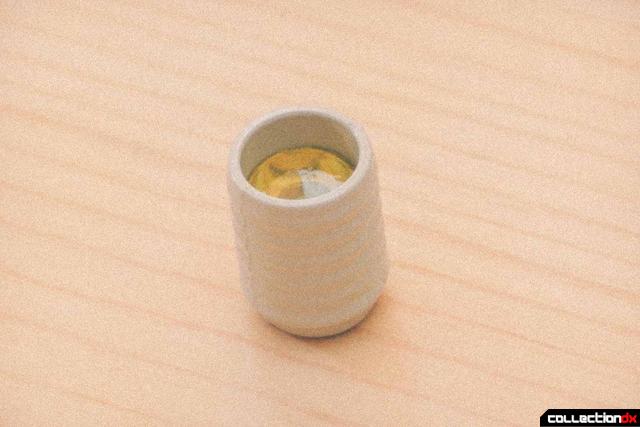 For Grandma, we have a more traditional tea cup also featuring a removable liquid center piece. 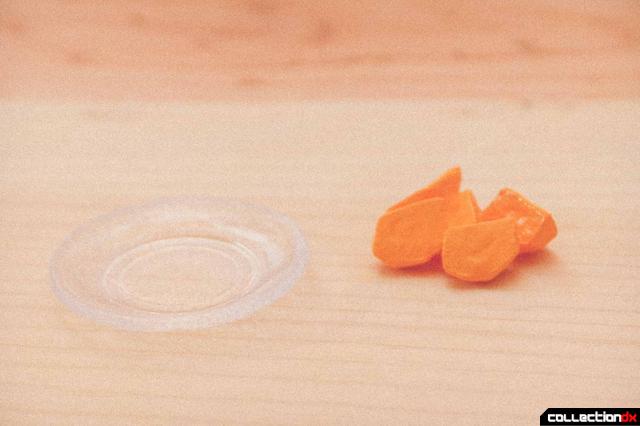 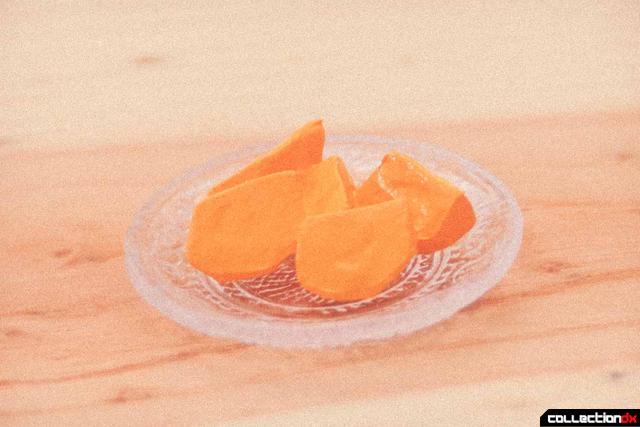 The plate and pealed persimmons are two separate pieces. For some reason, Japanese people seem to hate eating fruit with skin. 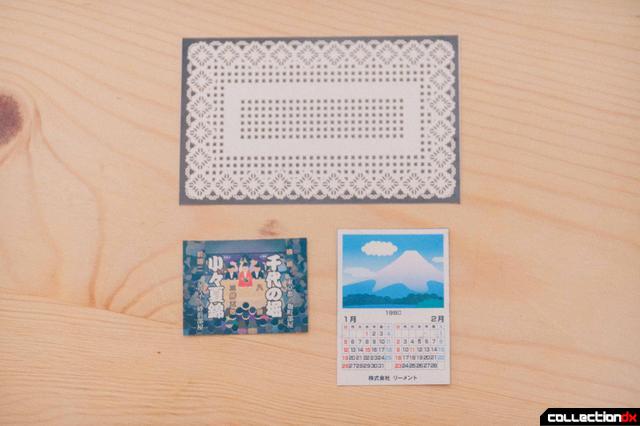 The cutouts this time are a large table cloth, TV insert featuring a Sumo match and a calendar dated ambiguously for the year 198X. 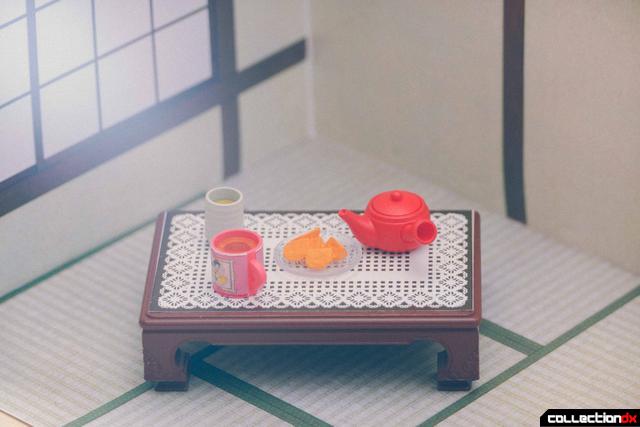 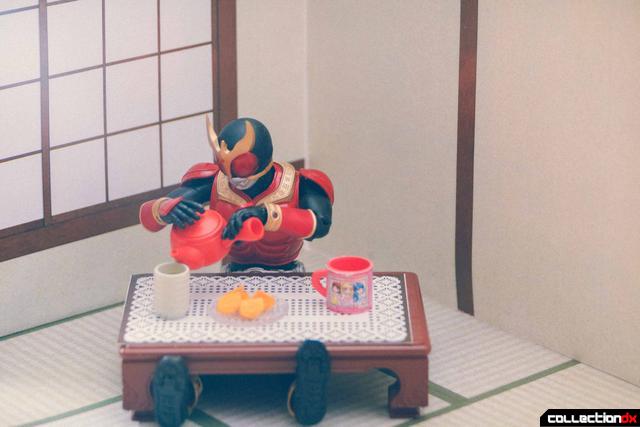 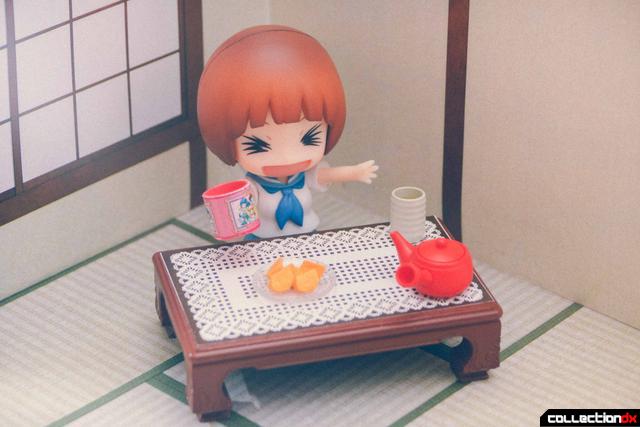 There isn’t too much new to say about “unwinding with Grandma” other than it’s another neat set in the series. I guess if you were to buy any single set, this would be the one to get as the table is probably the most versatile accessory. Four down, four to go!

Really enjoying this series! You can tell a lot of hard work and research went into what each piece was.

Regarding the peeled fruit in Japan. It is my understanding that Japanese always peel fruit for much the same reason that Americans do not eat raw eggs. In the case of Japan there was some sort of fungus or bacteria that was prevalent on fruit skins such as grapes or apples. Hence peel before eating.