For every good robot there is always and evil double. In KOS-MOS's case, she has the tenacious T-ELOS to contend with. T-ELOS is everything KOS-MOS is not. She's darkly colored, mean spirited, and more "provocatively" dressed. In Xenosaga III, T-ELOS proves to be more than a match for KOS-MOS ver. 3. T-ELOS also appears in Super Robot Wars: Endless Frontier as KOS-MOS's eternal rival.

Much like with the Motion Revive KOS-MOS, the T-ELOS figure is her first action figure. If it wasn't for the fact that KOS-MOS and T-ELOS must be bought together in order to give each a complete set of accessories, I might have passed on this toy. However since owning her I have warmed up to her design. Does it fare any better than the KOS-MOS figure? Let's find out.

In terms of design, T-ELOS is much more barebones in terms of her costume. She is roughly the same size as KOS-MOS and may be considered a roughly 1/18th scale figure. She features the same 23 points of articulation as KOS-MOS, which include double-jointed elbows, swivel biceps, swivel wrists, swivel waist, knees, ball-jointed ankles, a ball-jointed neck, and hinged hair. She is difficult to balance without her stand. Because she has no skirt and fewer pointy bits, T-ELOS has a greater range of motion. 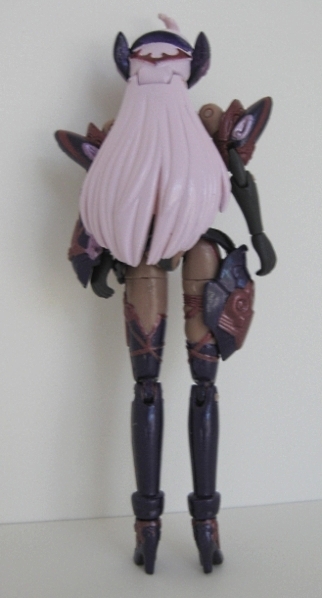 From the rear we can see some of the key differenes between KOS-MOS and T-ELOS. A few notable differenes include that large pod on her thigh and a PVC strap running between her legs all Iori Yagami style. She also has a screw hole on the small of her back and another one right between her shoulder blades. 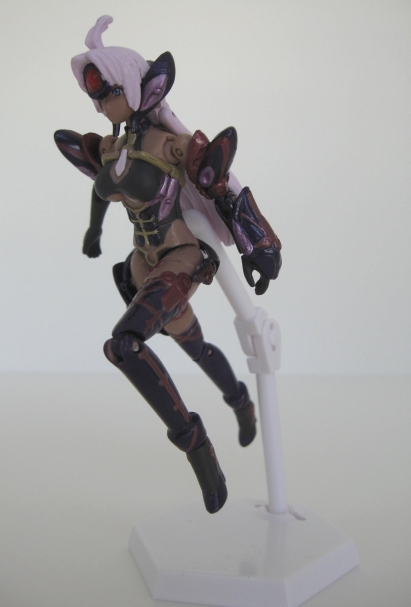 Both screw holes can be used to attach the stand and the lower mounting point allows for a greater range of poses on the stand when compared to KOS-MOS since T-ELOS's hair is less likely to interfere. She is a bit less bulky than KOS-MOS and won't topple over as much. 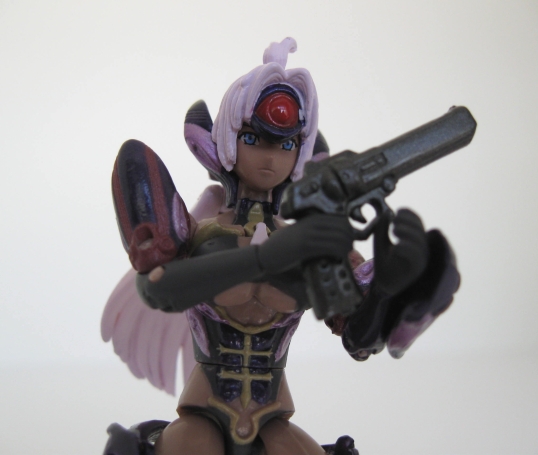 T-ELOS comes with her Magdalene-16 handgun which can be held in either of her open palm hands. 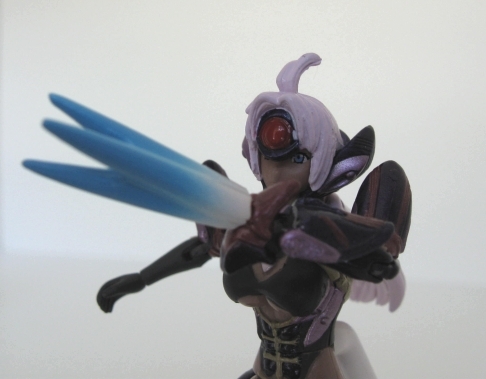 Also included is a set of accessories for her beam knucklebuster. This includes a hand and replacement gauntlet as well as the beam burst itself. The extra white paint around the edges of the beam complete the effect rather nicely. 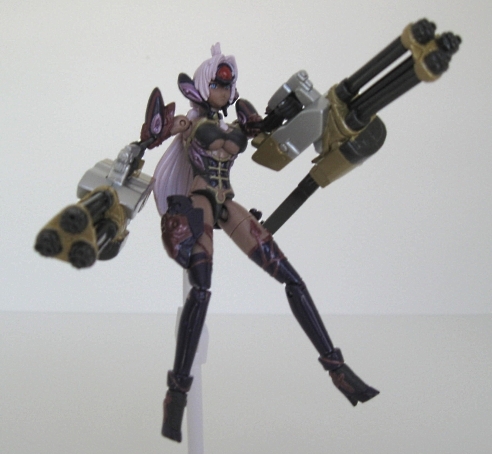 T-ELOS comes with two Gatling guns and a pair of hands to hold them. These are identical to the ones included with KOS-MOS and may be used by either figure. They are somewhat bland but functional accessories. 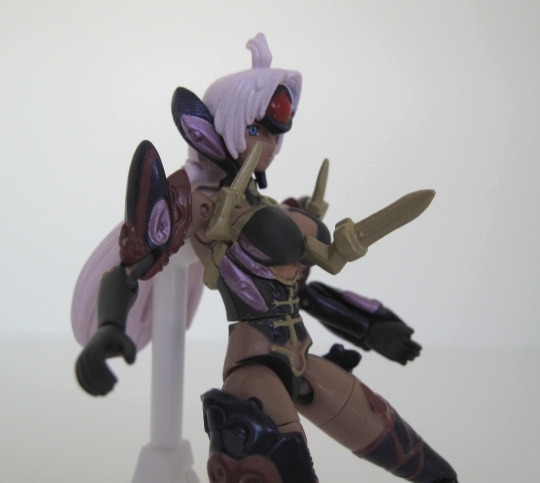 And lastly if you have the KOS-MOS figure, you will have the parts for T-ELOS's Phase Transfer Cannon (haha I remembered the name). Her design has no elaborate spires around her chest which leaves less room for PVC bendy-ness to ruin the overall effect. Despite still having an oversized blade sticking out of her chest, T-ELOS pulls off this attack with a bit more "dignity" that KOS-MOS. 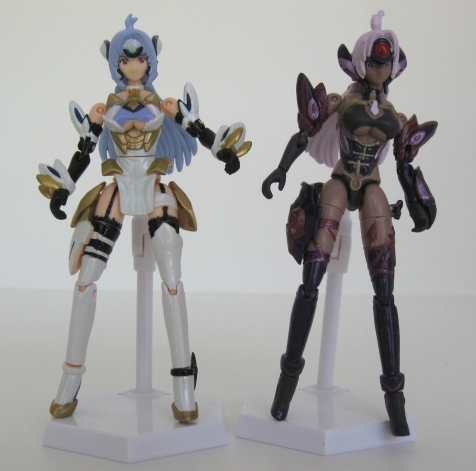 Overall I feel that T-ELOS is a much better figure than KOS-MOS, although that really isn't saying much. Both are terribly overpriced and it is essential that you get both. Fortunately they have begun to drop in price. As I said in my KOS-MOS review, these figures feel like high quality prize game toys or cheap action figures at best. Still, they're not awful just mediocre. I can still hope for a Figma, can't I?