Home » Re-ment » This is still the best!

This is still the best!

For a review of the previous set in the series, go here.

The third set in Re-Ment’s Nostalgic 80s Home series, “yappa koreda yo ne” is a little more difficult to translate, involving some nuances that don’t seem to translate literally. A simplified translation would be “this is still the best!” Continuing focus on the children, we now see a glimpse of life home life after school.

“I’m home!” Once I’m home, I throw off the backpack and it’s straight to the snacks. Today’s snack is Nata de Coco with Nerinerinco. Nerinerinco is super popular at school and everyone brought one to the autumn field trip. Mom made sure she got me one. 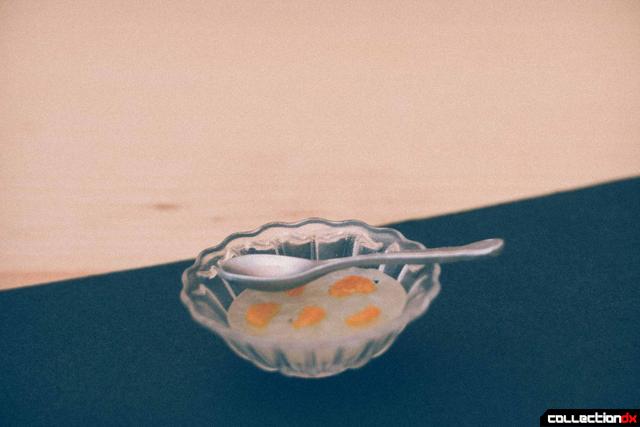 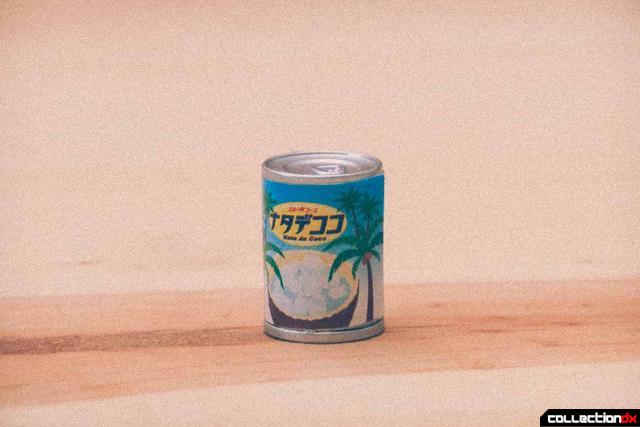 Our first after school snack is Nata de Coco, a jelly made from fermented coconut water with slices of orange. Originating from the Philippines, the snack reached peaked popularity in 1993, with 90% of the Nata de Coco supply being exported to Japan. Sadly, snack trends tend to shift and Japanese consumers moved onto newer, more popular snacks. This may have had some rather unfortunate negative effects on environment as well. The Nata de Coco comes in two parts, a large bow and a separate, removable piece for the snack itself. A large spoon is included to eat the snack as well as an unopened can of Nata de Coco. 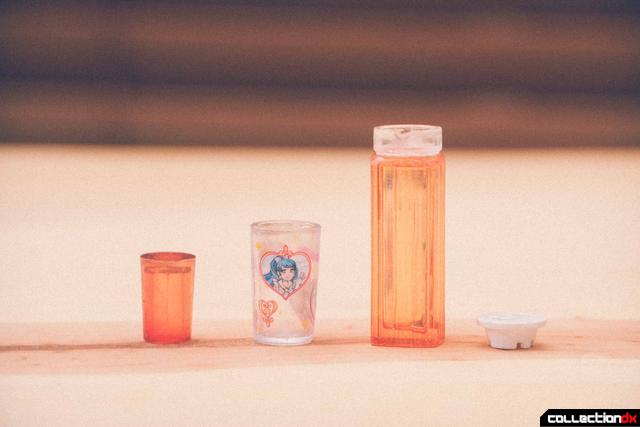 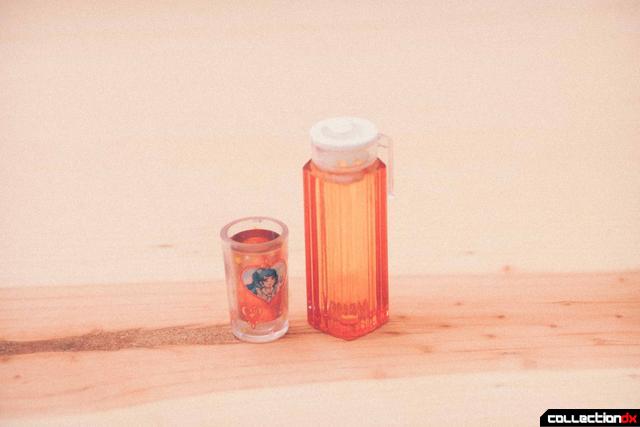 Next up, we have a large pitcher and drink. From the color of the liquid, I’m assuming this is Mugicha (barley tea). The pitcher has a removable lid, and the cup features some Cutie Lemon designs, with the liquid inside a separate removable piece. 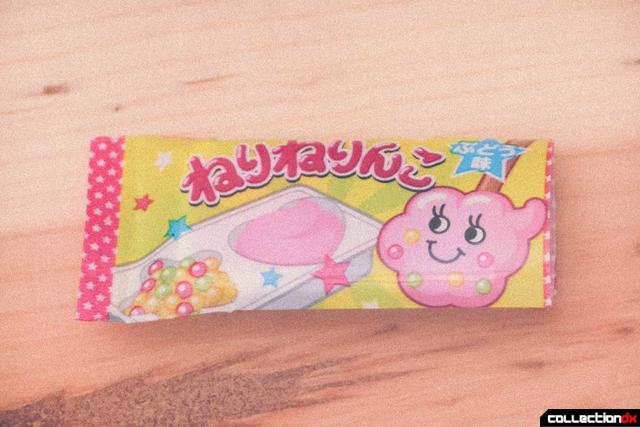 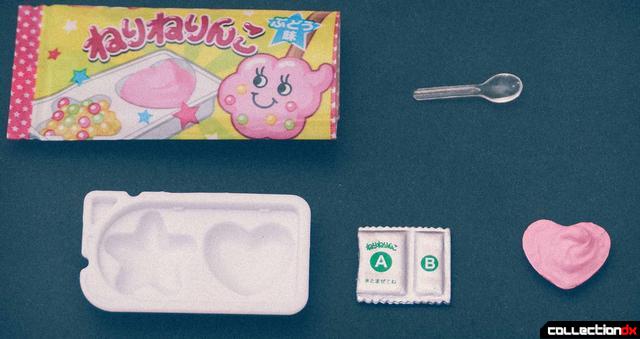 The new popular snack among children, the Nerinerinco is my favorite piece of the set. It appears to be some kind of chewy candy that is poured into a plastic tray featuring two molds. The chewy candy is mixed with some kind of hard candy to form one of the two shapes in the mold. The neat thing about this piece is that the packaging is a tiny plastic envelope that can fit all the contents inside so you can have it displayed in package. There are a total of five pieces for the Nerinerinco; the plastic packing, tray, heart shaped candy piece, plastic spoon and package of what I’m assuming is the soft and hard candy. 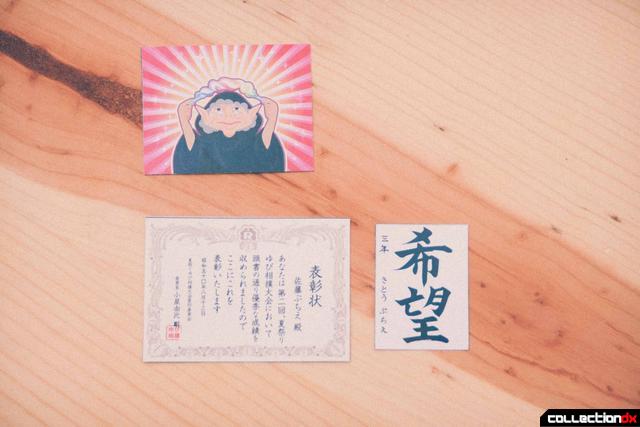 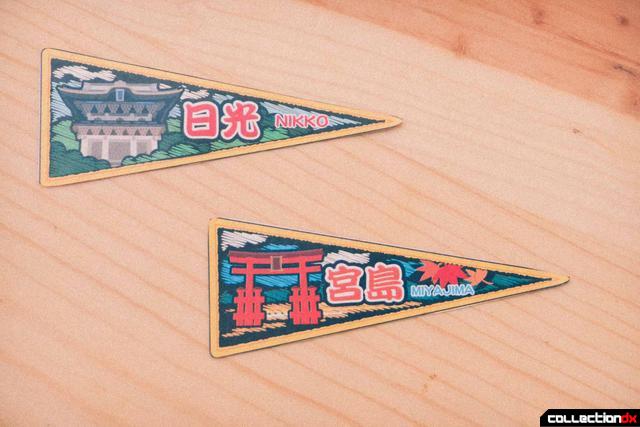 I’m not sure what the two cut outs with hand writing are this time, and I’m kind of confused about the TV screen insert. Is it a children’s cartoon or a candy commercial? There are also two banner flags for the Nikko and Miyajima regions. 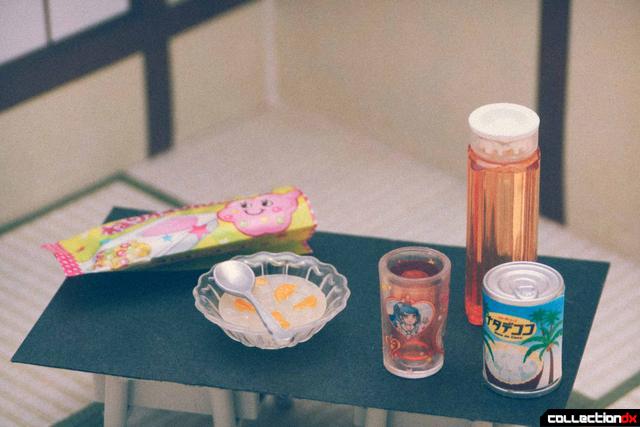 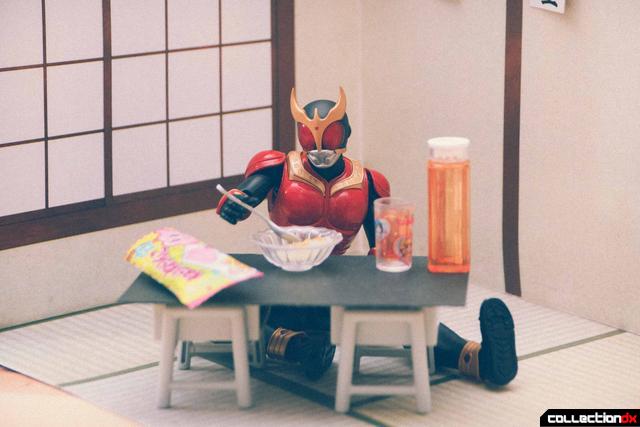 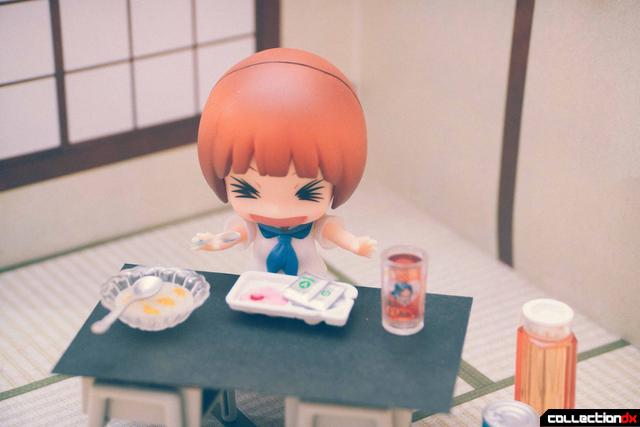 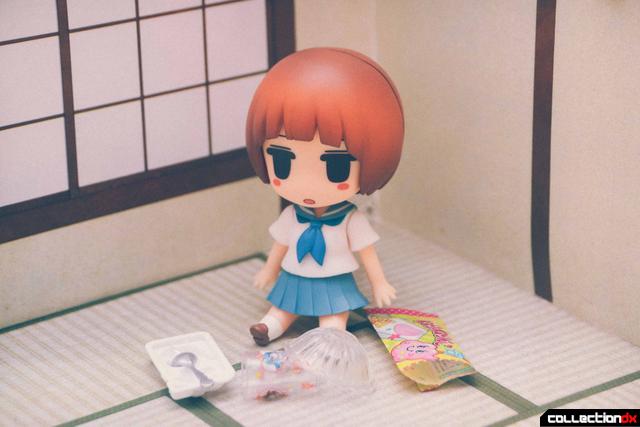 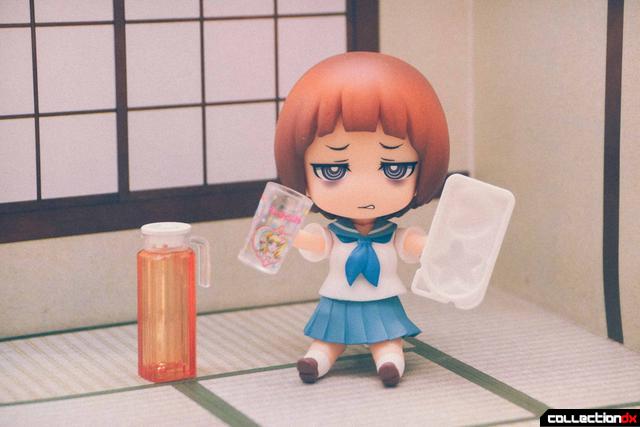 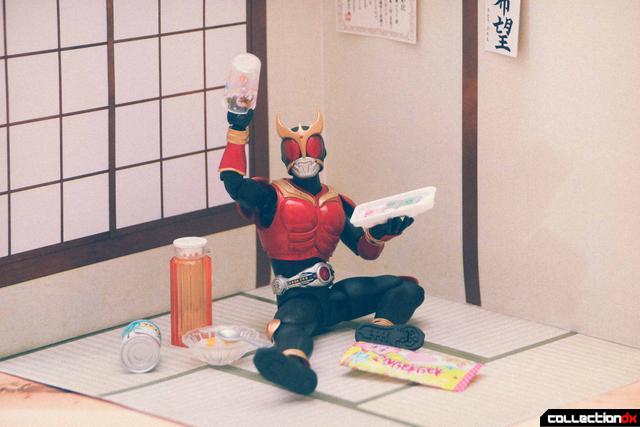 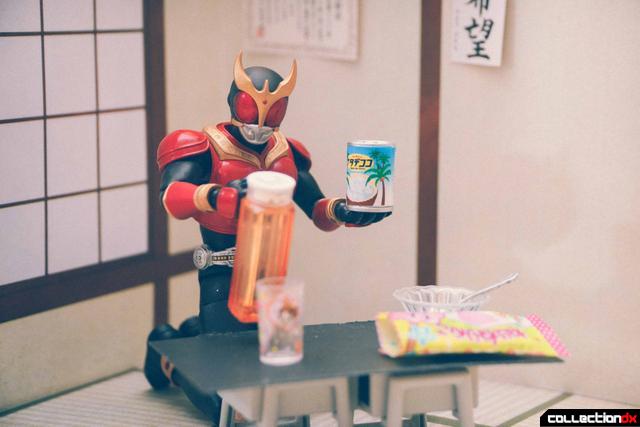 Of the current three sets I’ve opened, I think this one is my favorite. The amount of detail that went into the Nerinerinco is impressive given its small size and it was rather fascinating reading up Nata de Coco. These sets aren’t for everyone, but you get a lot for what comes in each little set. You can still get the full case on AmiAmi with their usual discounted pricing.