Rin Natusume is another character from "Little Busters" and is also the second release from Aoshima's Mobip line. 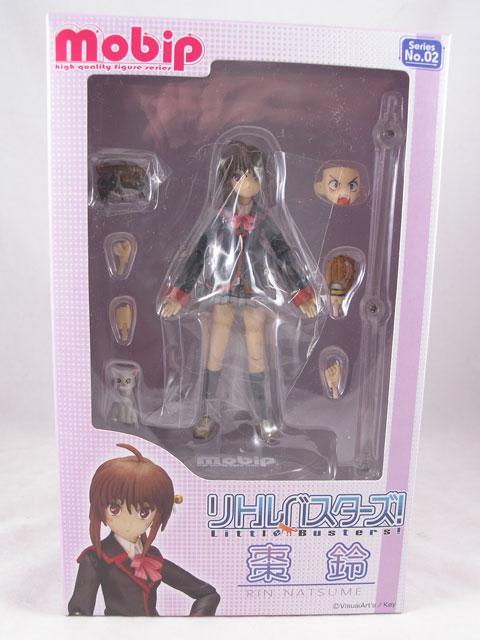 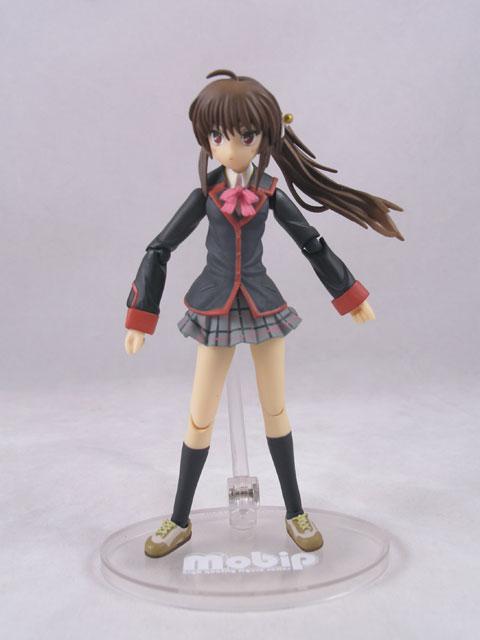 Little Busters is a popular Japanese "Visual Novel" which is just a fancy way of saying "video game you don't have to do much in". Rin is the lead character of the series. She's an ace baseball pitcher, and she is often seen with her little white cat Lennon. 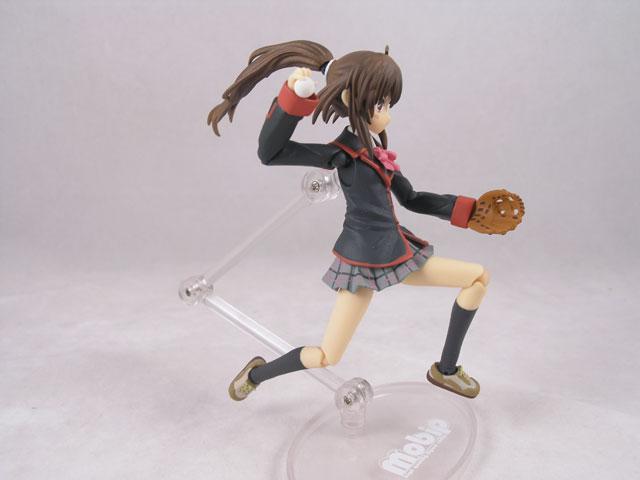 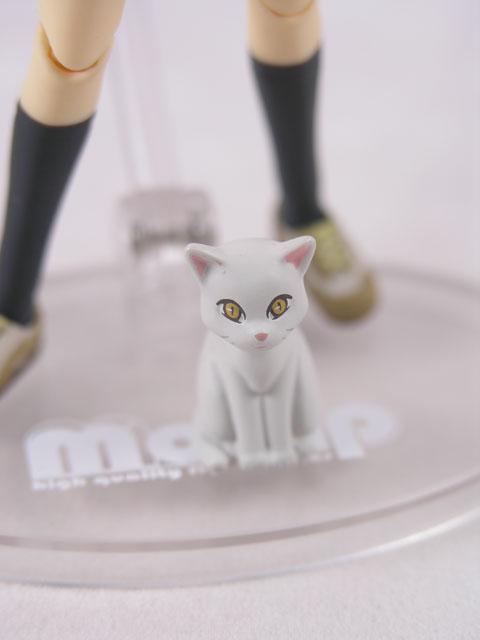 The Mobip line is an obvious competitor to Figma, and they did a pretty good job. The quality is close, but not quite as good as Figma. Figma seems to have sharper details in areas like the hair, and they do a better job in matching the color of the joints with the rest of the body. 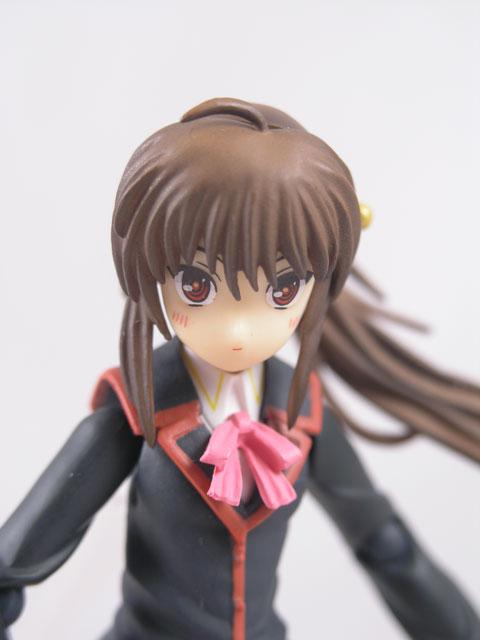 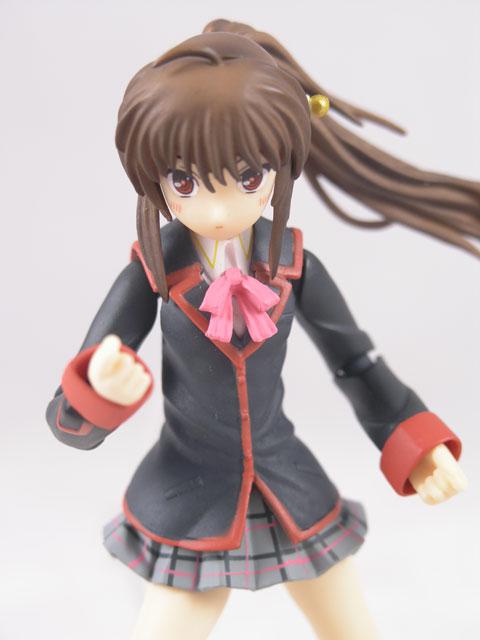 Rin Natsume comes with a bunch of accessories, including: 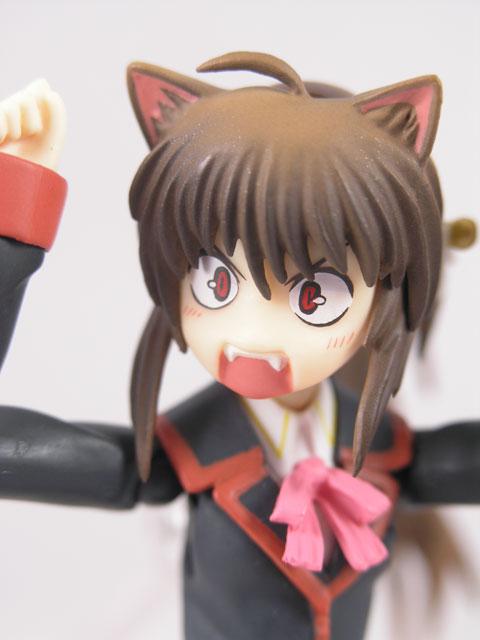 So it looks like if you are a Little Busters fan, they got all the bases covered (no pun intended). 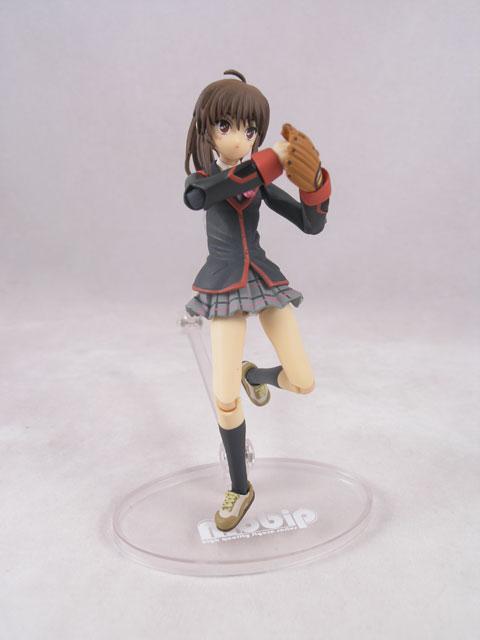 This figure also comes with a nice clear articulated stand for posing. 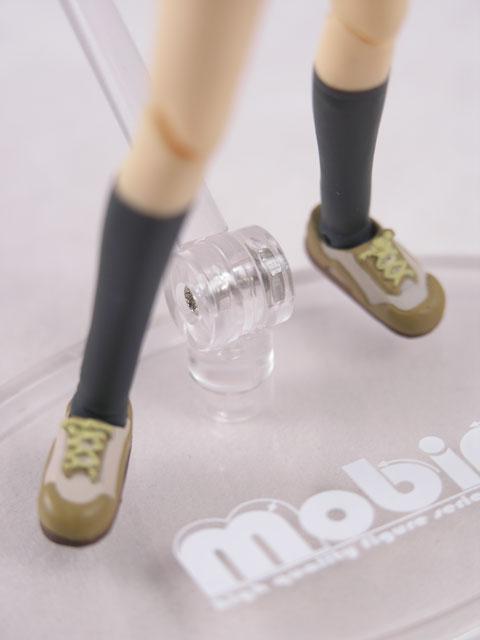 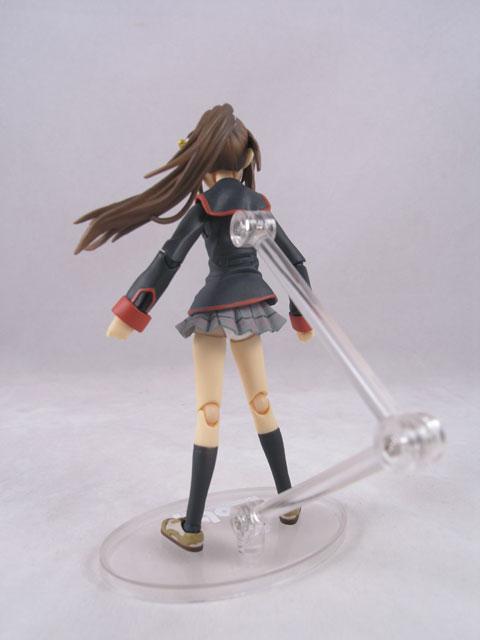 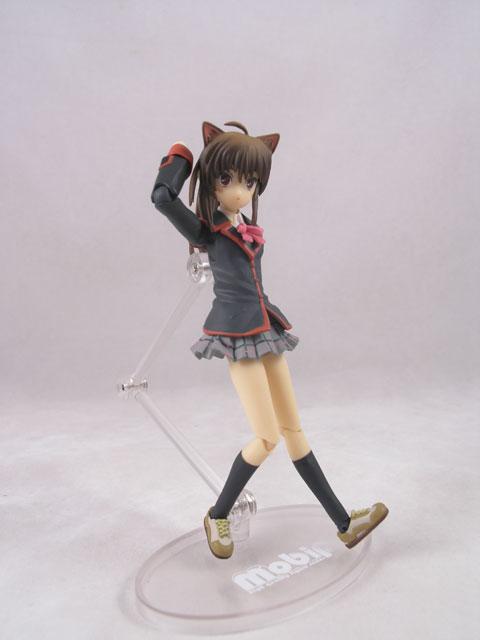 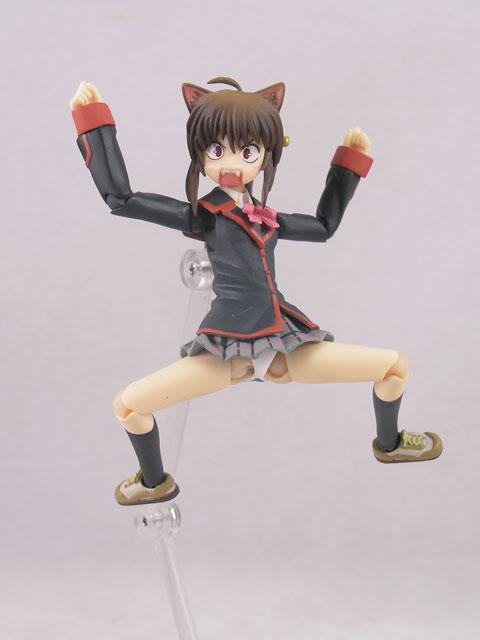 If you want your own Rin Natsume, get yours at Hobby World Japan