Reycal Orichalcum is the main character in the Manga "Orichalcum Reycal" The manga has to do with a college kid named Sakugi Mitsuaki, who is into building models and sculpting garage kits.

Sample provided by our good friends at HobbyLink Japan!

One day he gets special modeling clay, and sculpts this figure, which then comes to life as "Reycal Orichalcum"

And that's about all I know about that. 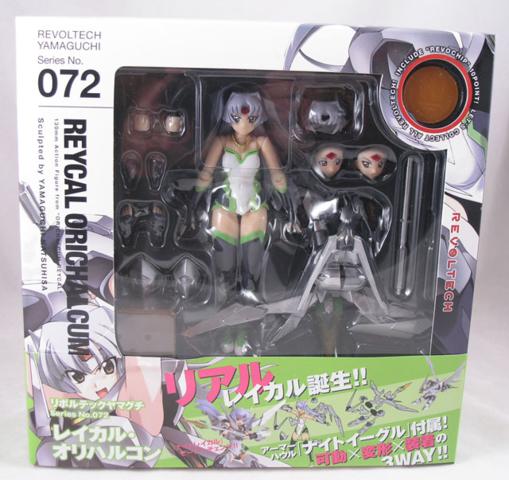 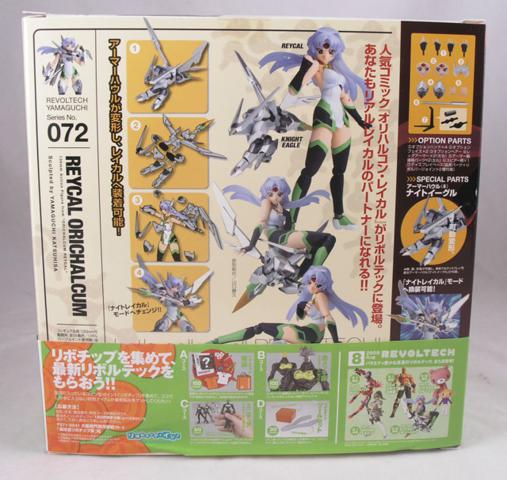 So here we have a new figure in the Revoltech line, a female figure, sculpted by Yamaguchi. Between this and the queens blade line, I guess the Fraulein experiment is done. 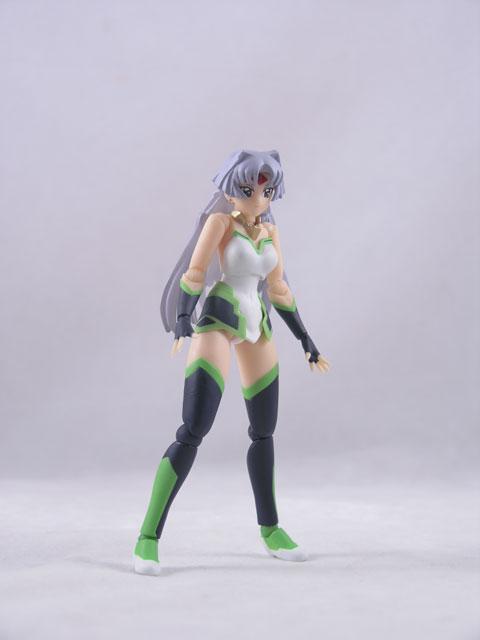 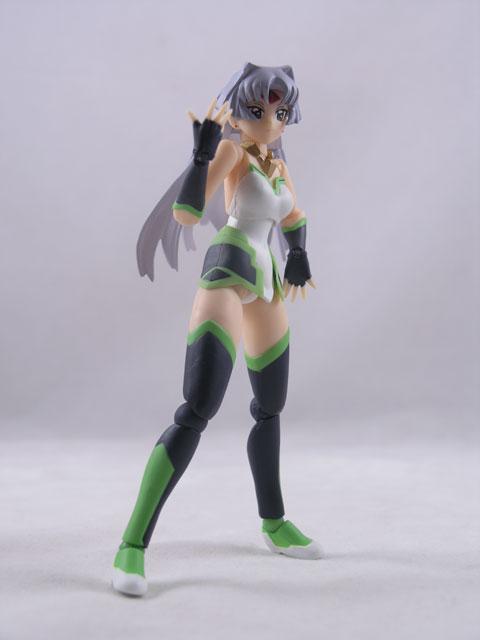 The good news is that its a pretty good figure, much better that those early Fraulein releases. These now have Revoltech joints in the knees, as opposed to the swivel joints. 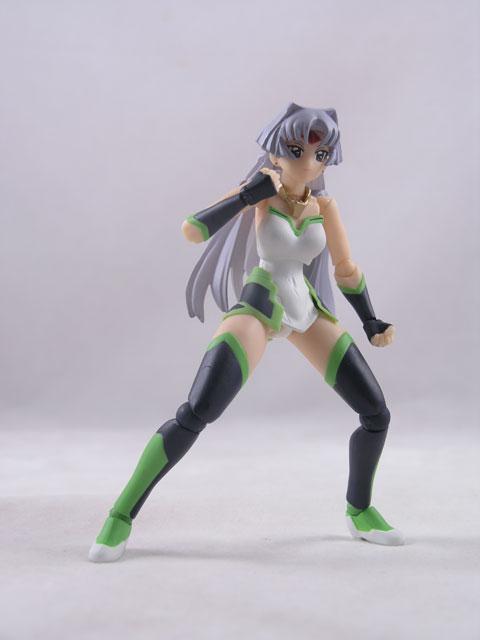 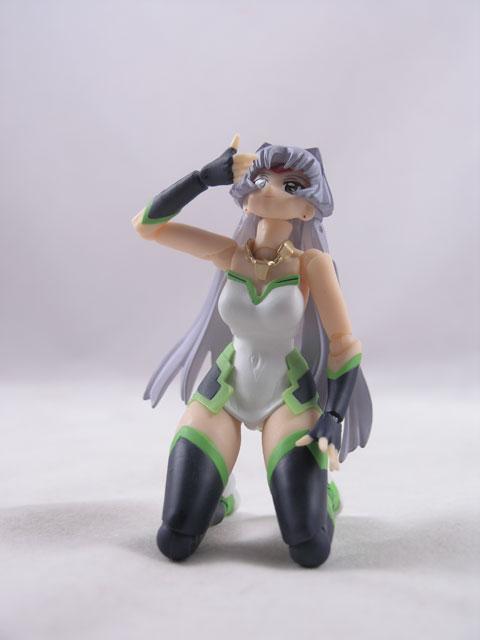 There's nothing bad to say about the core figure - it's tight, the sculpt is good, and paint detail is nice. The design of the figure helps hide some of the flaws of the female Revoltech design, such as the skirt design hiding where the hips meet the legs. 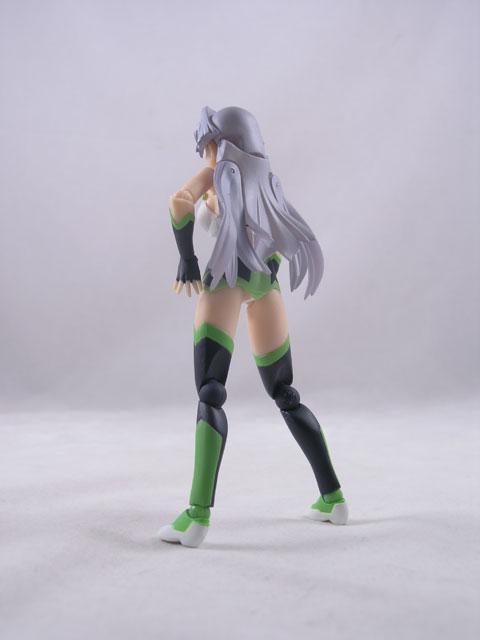 The hair is articulated, largely to make way for the armor. 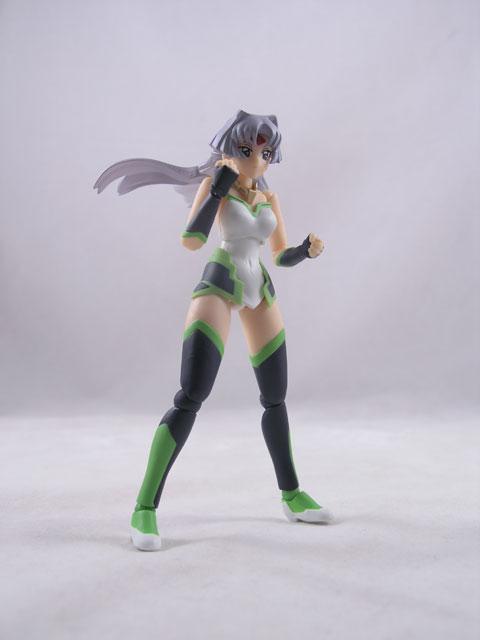 The armor included comes in a animal form, dubbed Knight Eagle. This eagle is Reycal Orichalcum's Armor Haul Partner. One cant help but notice the similarity to Bandai's Saint Cloth Myth figures. The Knight Eagle is flimsy, and barely holds together. You can attach it to the stand when not in use. 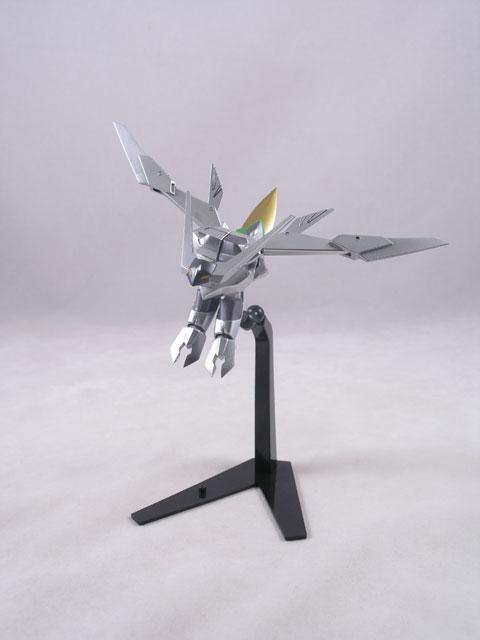 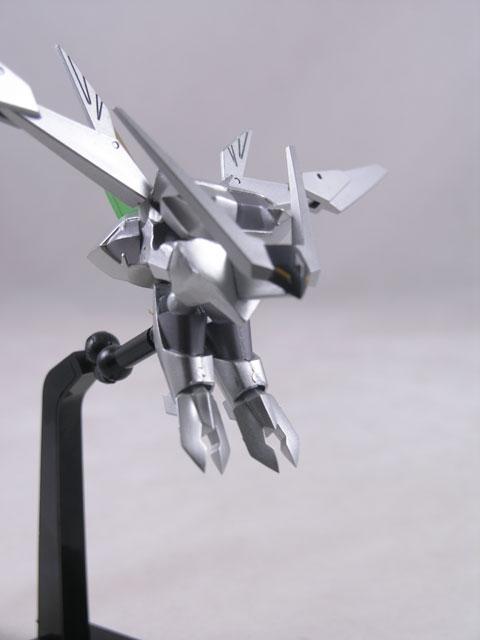 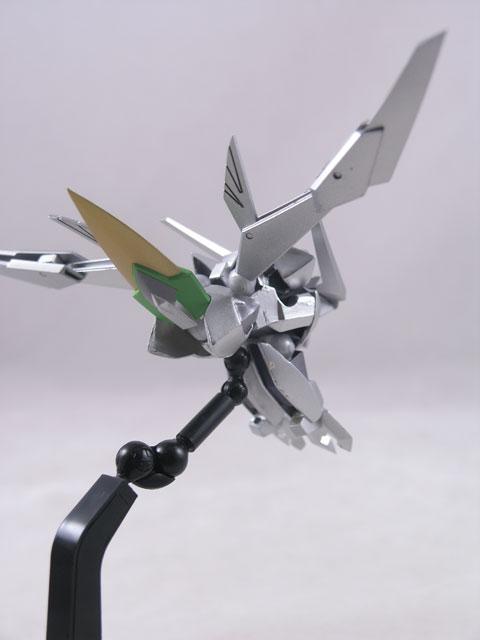 To be added to the figure, the Knight Eagle must be completely disassembled, and not all parts are used on the figure. 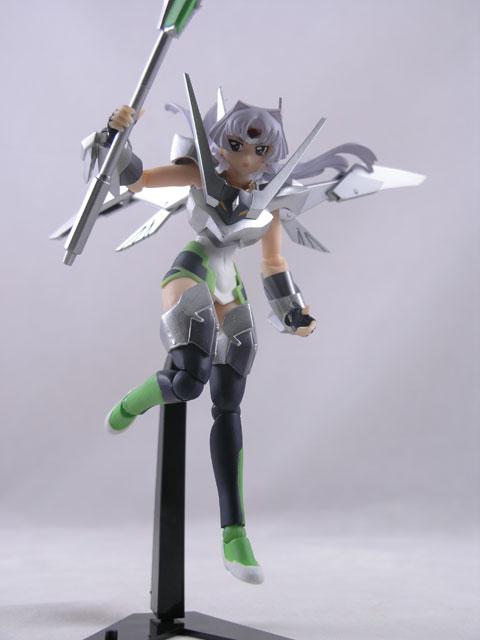 Once the armor is on, as Knight Reycal, the figure looks great, and the armor is stable on the figure. I was surprised at the sharpness of the wings, and the dual fold-out action. A variant hair piece is included for the armored form. The only weakness was the chest V, which had a tendency to fall off if bumped. 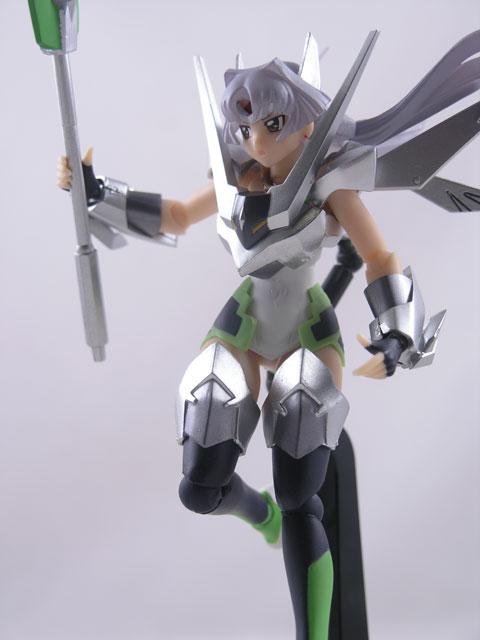 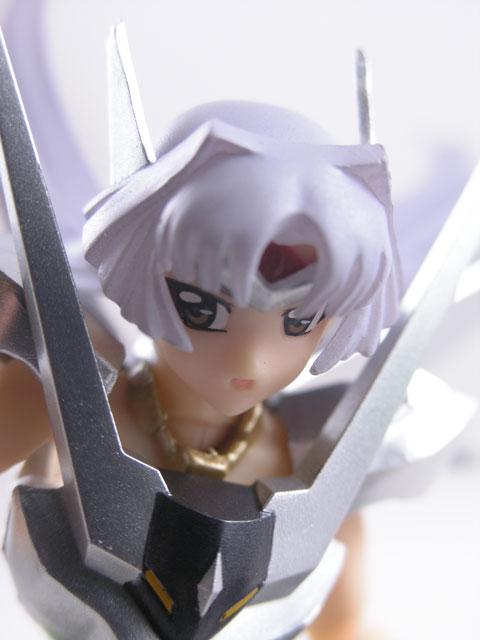 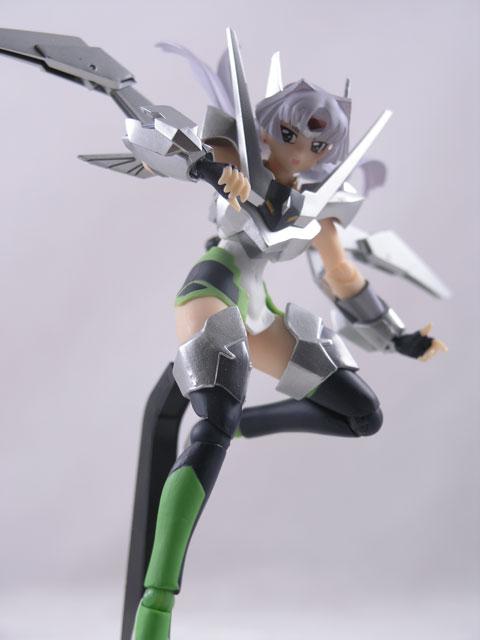 A spear handle is included that attaches to the tail of the Knight Eagle, making a weapon. The handle on the spear has a peg in it that can fit into the weapon holding hand. 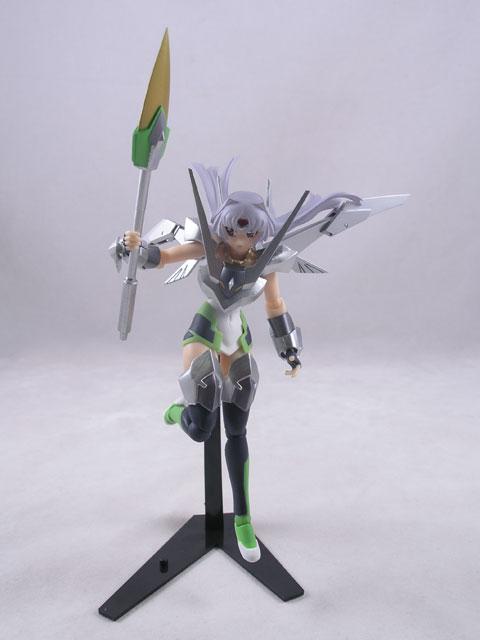 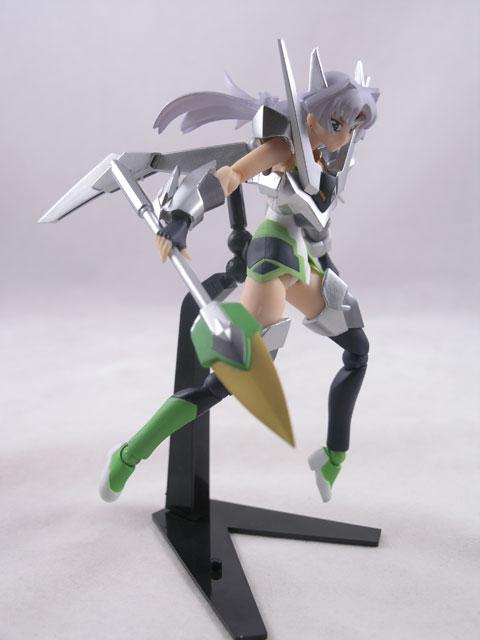 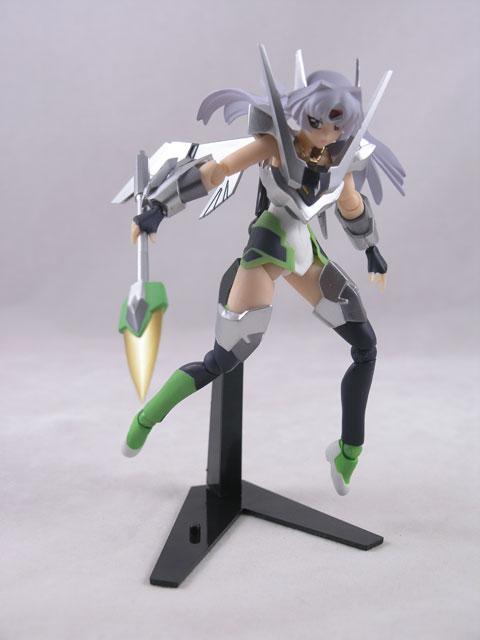 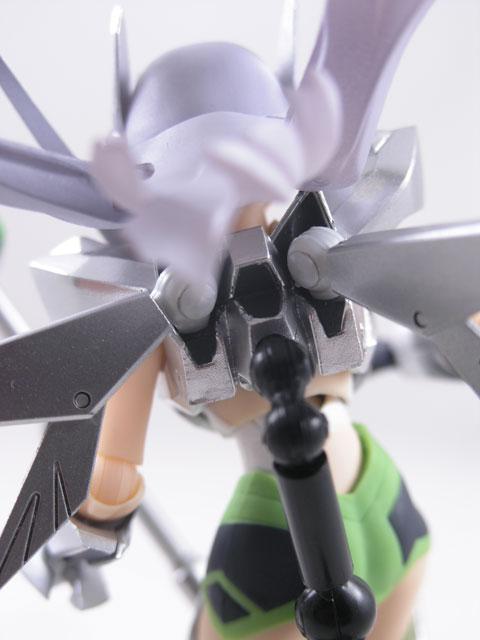 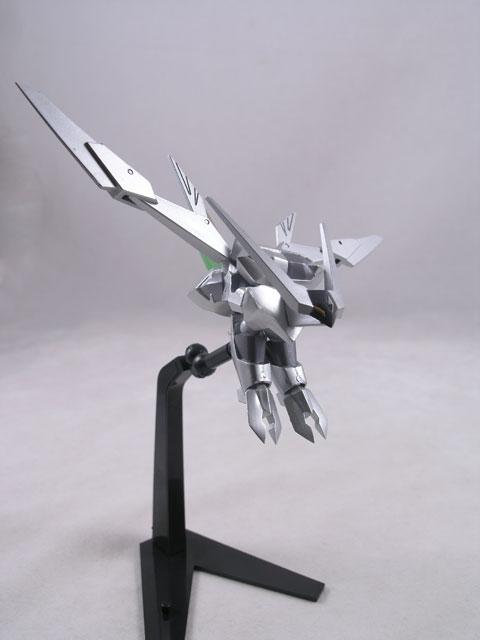 Finally, you get a 10 point Revoltech coin, and the small revoltech container.

All of this can be yours, if you go right now to HobbyLink Japan 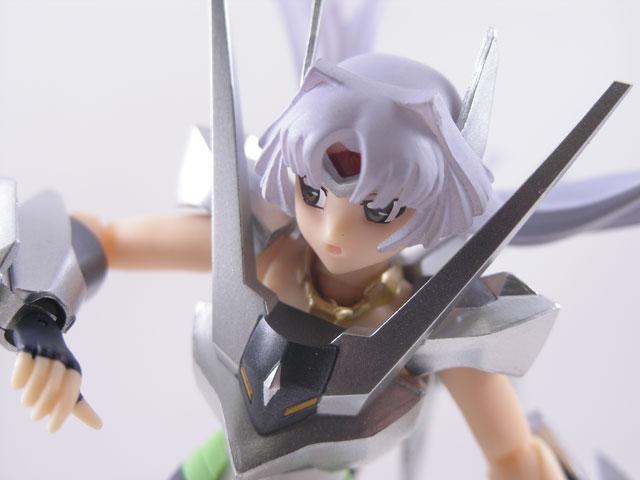 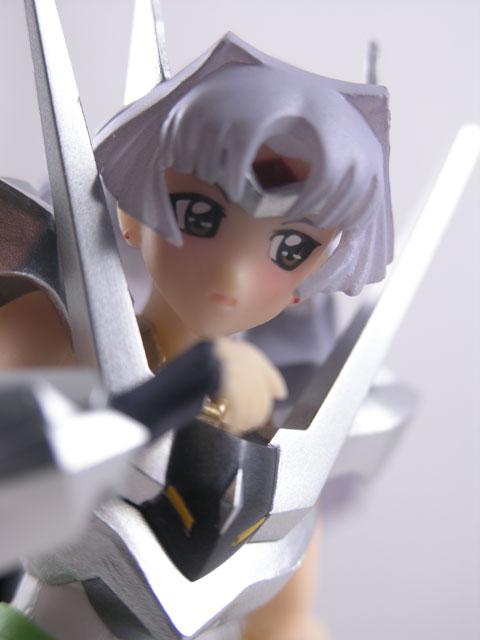