Protagonist of the Living Room

For a review of the previous set, go here.

The penultimate set finally introduces us to the true protagonist of the series, the TV. The brother, Buchie, is again the narrator, having a conversation with his sister about her favorite idol.

The Monday drama features Matsukami Buchisuke, my sister’s favorite idol. My sister has tons of magazines and she collects cut outs of Buchisuke. Recently, when I asked her to show them to me, she says “I won’t show them to Buchie.” Boring! 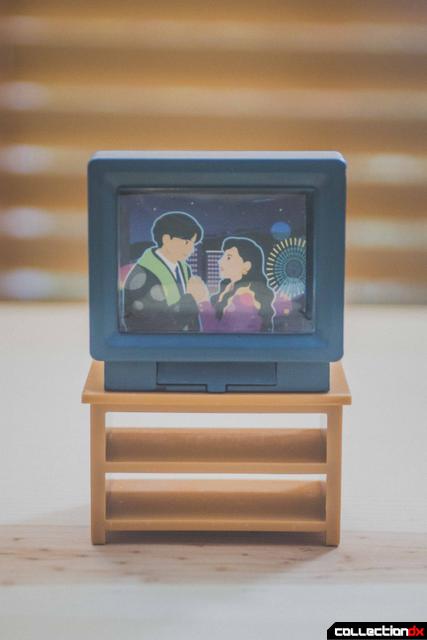 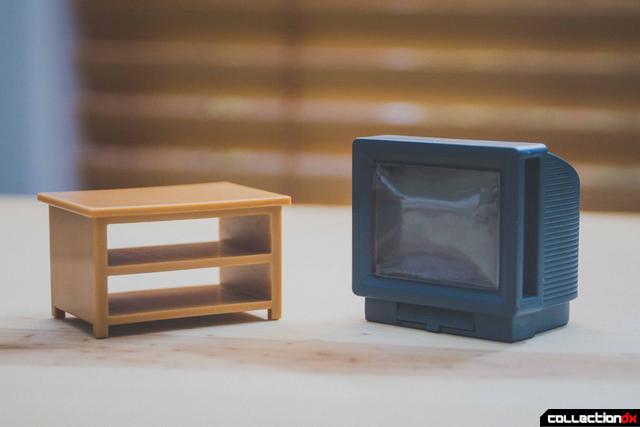 The centerpiece of probably every living room in the world, we have a CRT TV and stand. The screen is actually curved to magnify the cut out TV screens when inserted. 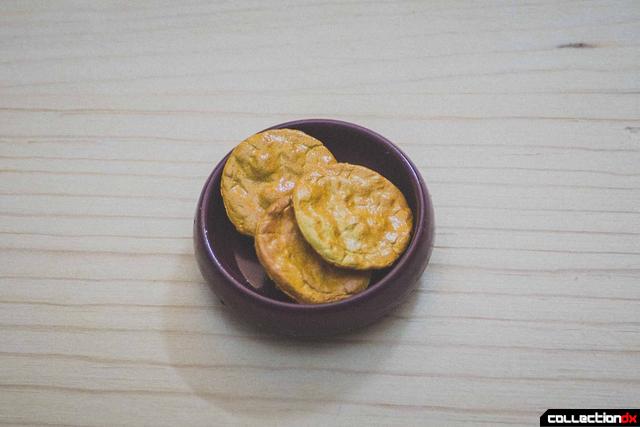 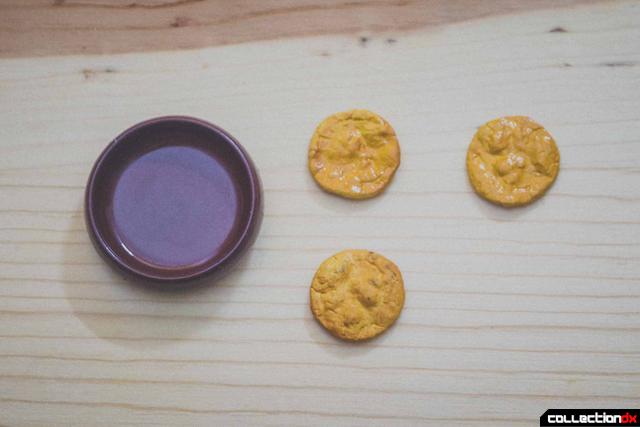 A small wooden bowl includes three Senbei crackers, though many may be more familiar with the name as Arale’s father from Dr. Slump. 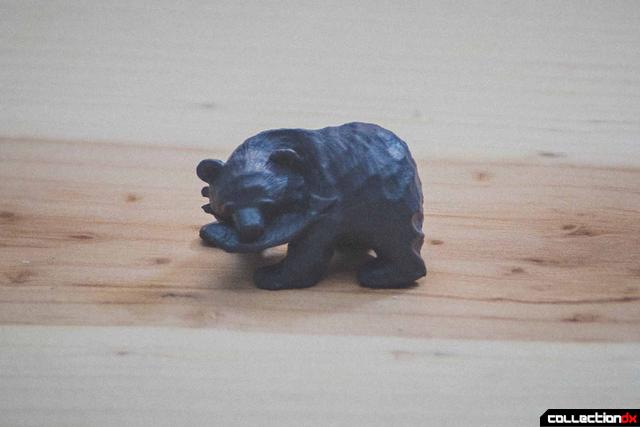 This wooden bear with seems to be a popular decorative statue seems to have it’s origins as religious items of the Ainu, indigenous people of northern Japan. 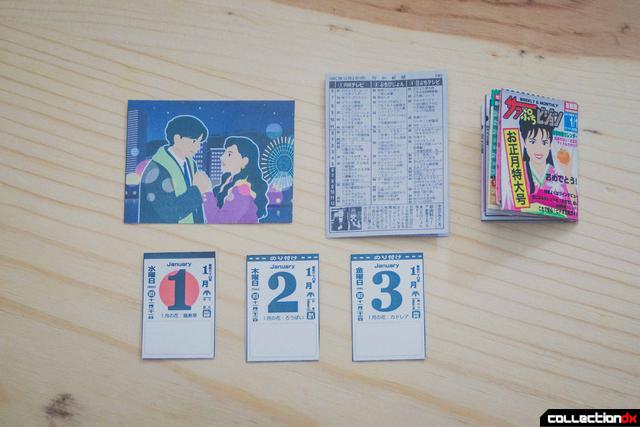 The cut outs this time are three calendar pages for the month of January, newspaper and paper craft TV listing magazine that seems to be called The Petit Vision. The TV insert is for the sister’s favorite drama featuring Matsukami Buchisuke. 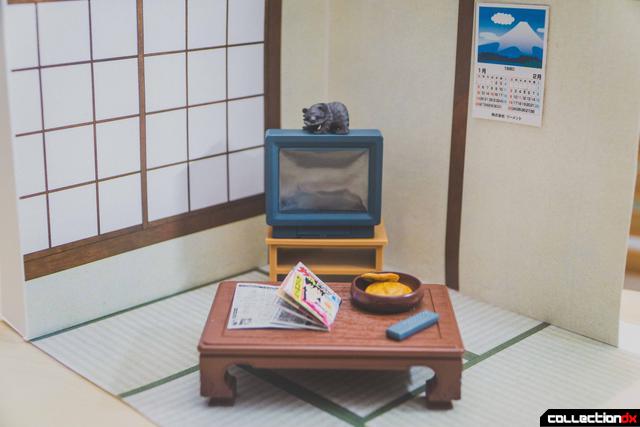 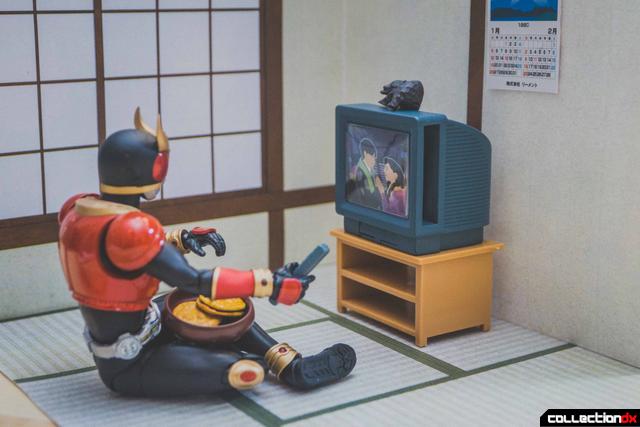 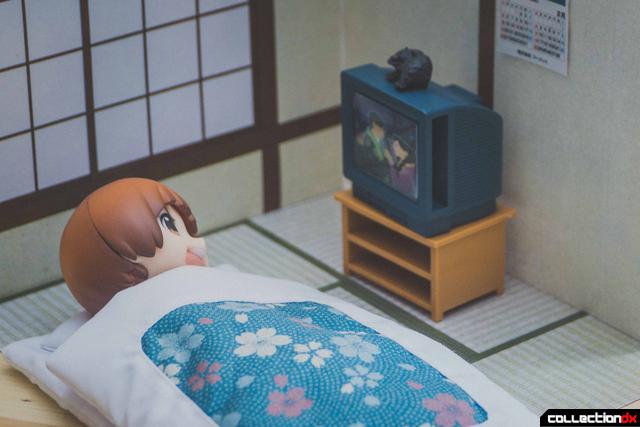 “The protagonist of the living room” is probably the second largest set in the series, mainly due to the size of the TV and stand. Content wise, it might have the least amount of pieces, but the TV can be considered the centerpiece of the whole series along with the table. I’d say this is another pretty good standalone set if anyone is only interested in buying singles, but really, you should be getting the entire case. In the final set, we will finally catch a glimpse of the father!