The Mospeada figure collection was a set of trading figures made by CM's Corp to compliment their Brave Gokin Ride Armor figures.

They were sold either individually, or as a box of 10. If you got the whole box you were guaranteed two sets of five. Otherwise, there is no way to tell which figure is in which box. 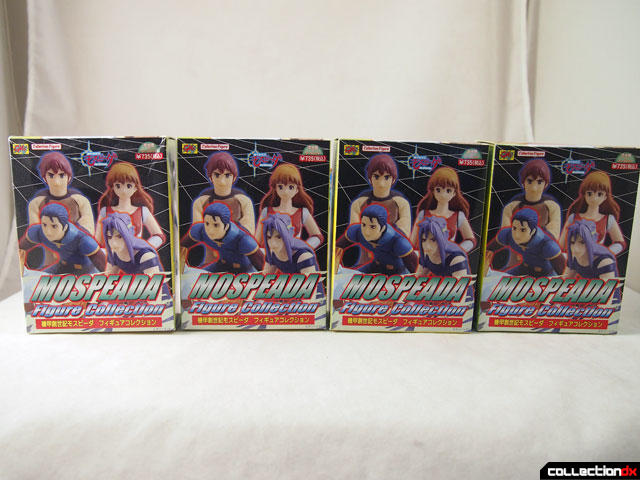 Sadly, I didn't realize there was FIVE in a set when I bought this set of... four. Ah well.

First up is the 16 year old Houquet et Rose in her civilian gear. The figure looks fine but needs a stand to support her. 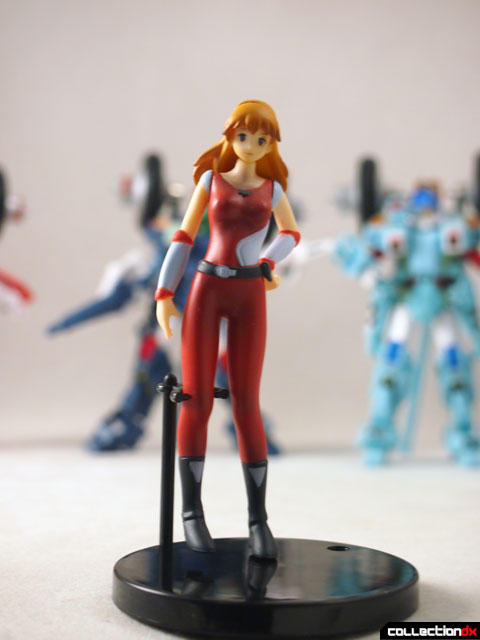 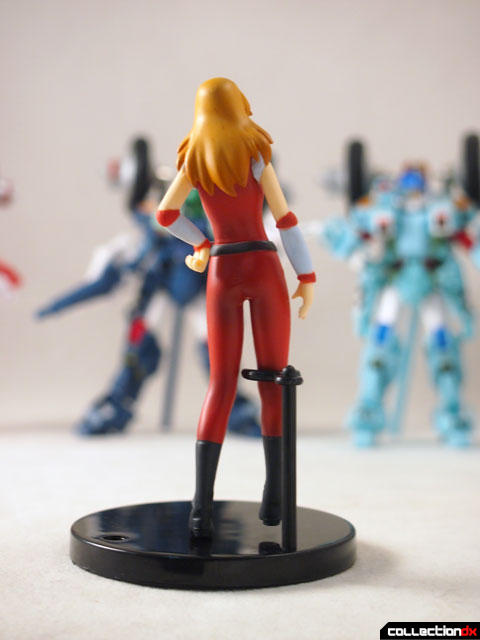 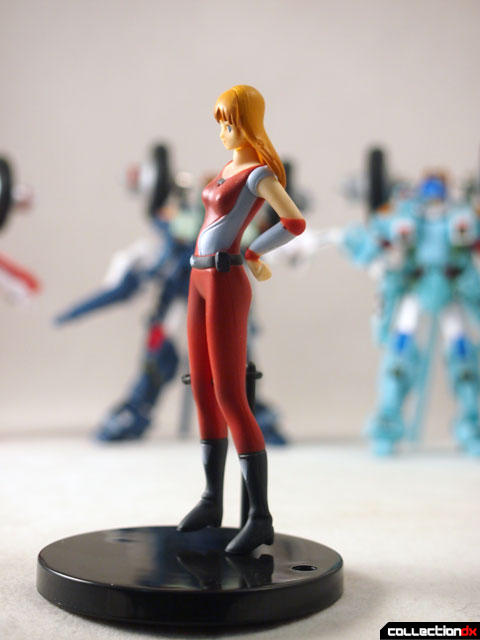 Ley has a much better pose and can stand freely. I think he looks great here, but a set of stand parts is still included if you want it. 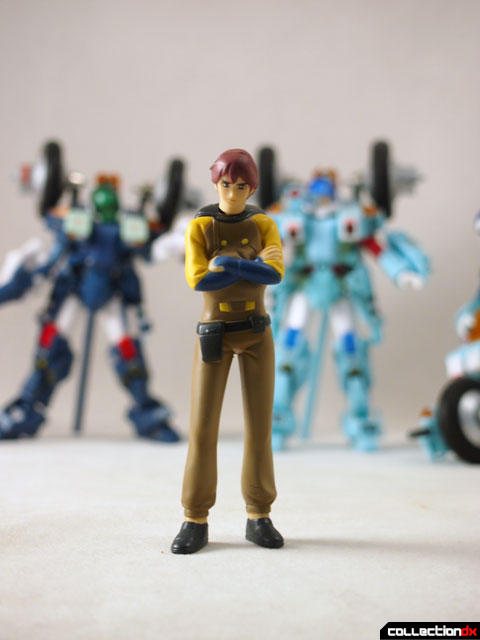 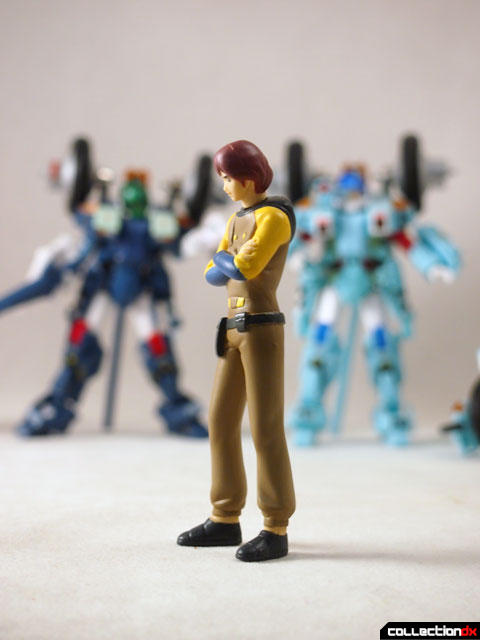 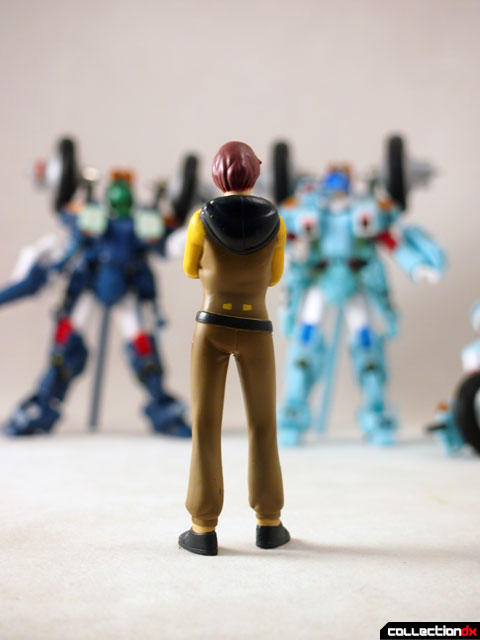 Also included in Ley's box is a larger rifle for the figures in Ride Armor to hold. They don't hold it very well, but it's a nice addition. 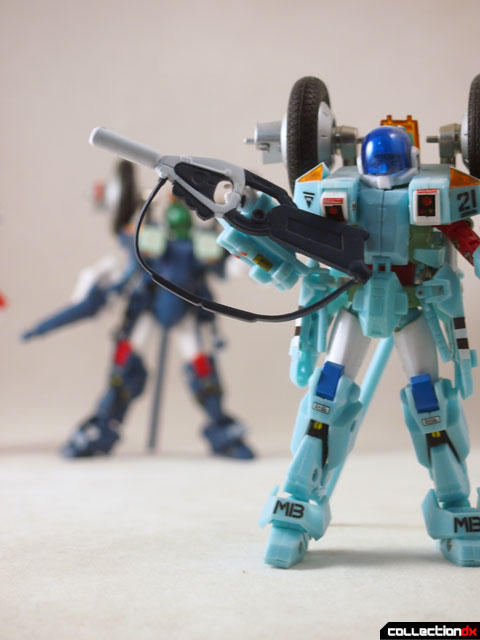 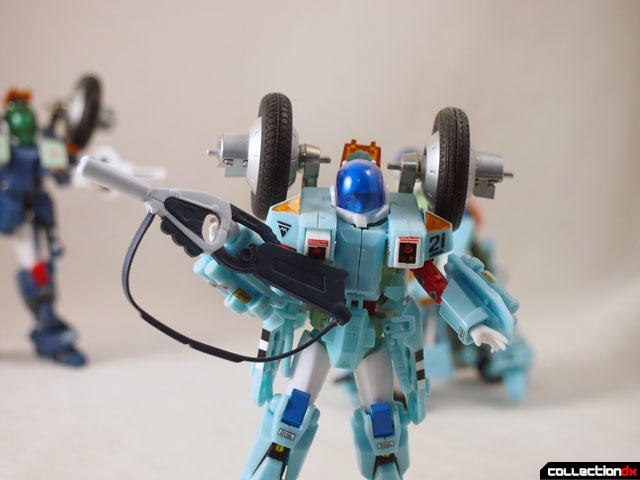 Here's one of the main draws of the set for me - Stick in casual wear, posed to ride the Cyclone. The figure looks awesome on the bike, and he fits perfectly. The Cyclone of course is not included. 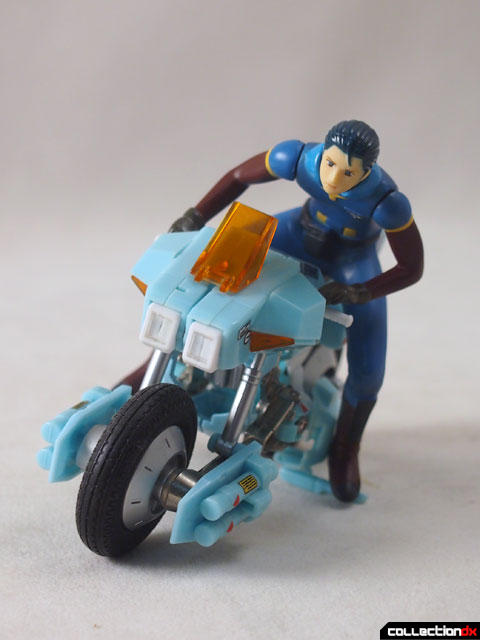 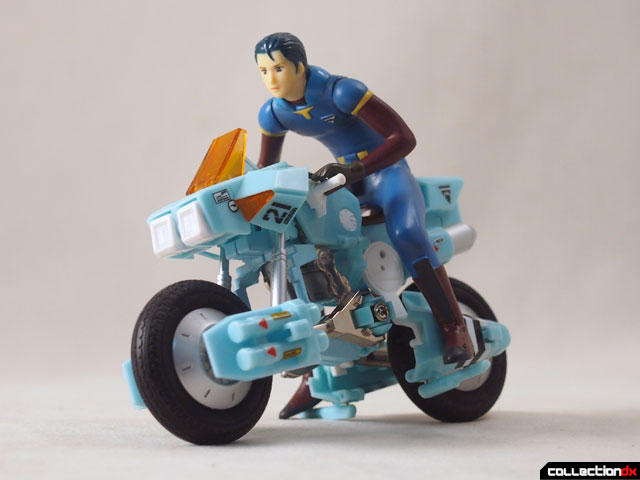 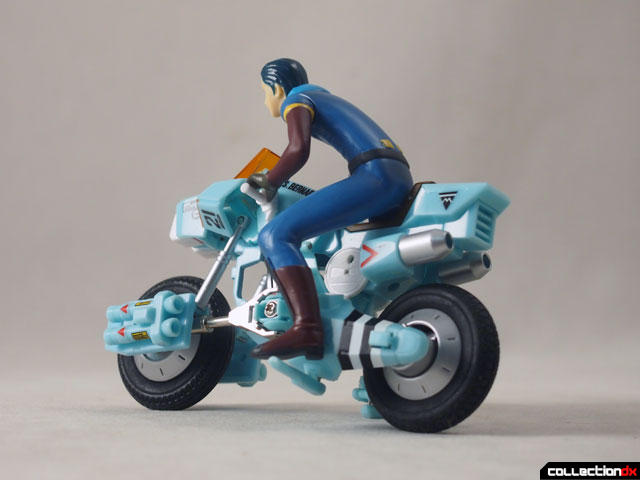 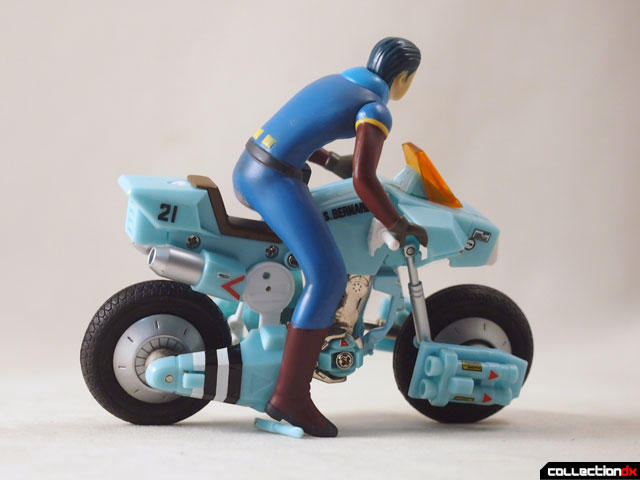 Finally, you also get a figure of Yellow in his riding pose: 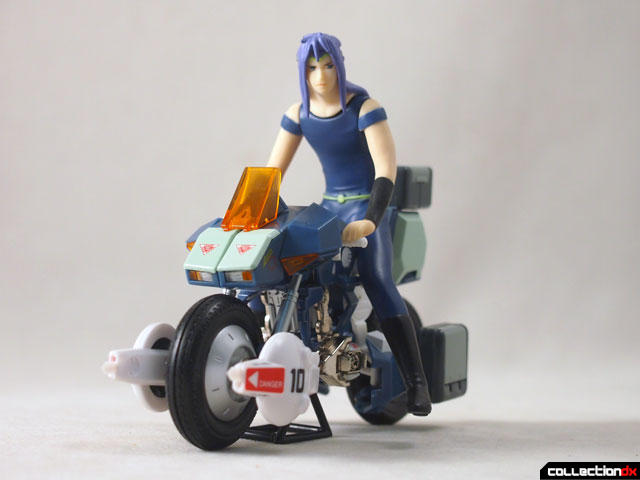 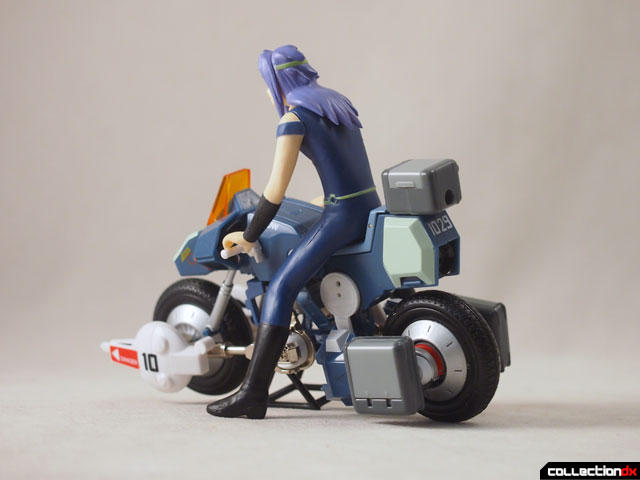 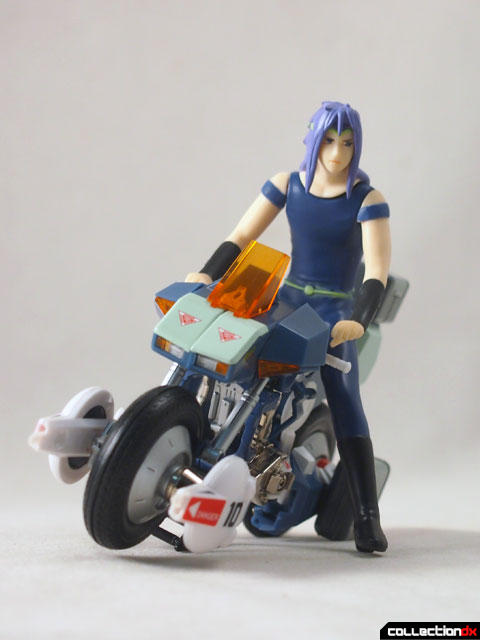 The fifth "chase" figure is of Yellow in his disguise as a woman.

The set is getting increasingly hard to find, I had to get mine on YahooJapan last year. With this set I am done with my CM's Mospeada collection. They never made a Jim (Lunk) figure, and since they are out of business now, I doubt they ever will.

1 comment posted
Still one more ADDITIONAL thing to do with these.

Josh,
I would love to see the CM's Alpha and Beta posed behind the whole group of bikes.
Don't make me have to go out and buy these myself...