This here is the Black Knights' mass-produced Knightmare Frame Akatsuki. It was provided by India where it was also manufactured as support to the Britannian Army. Although bearing a visual resemblance to the Gekka, it is in many ways superior. It can also be fitted with an Air Glide system.

Robot Spirits tries to capture the look of the Akatsuki in toy form and do a good job at it. It comes in your basic familiar Robot Spirits window box. 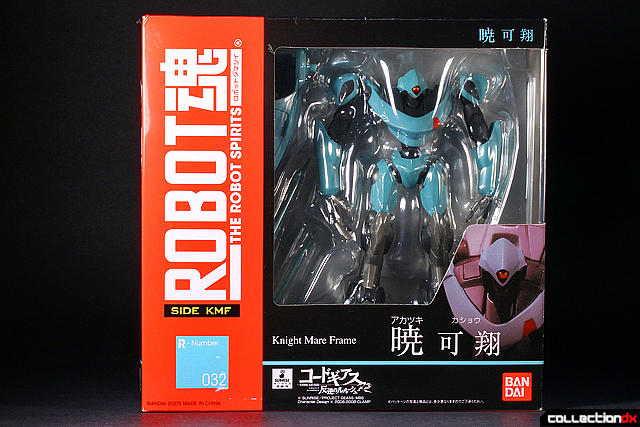 The back provides 3 different shots of the figure and brief literature. 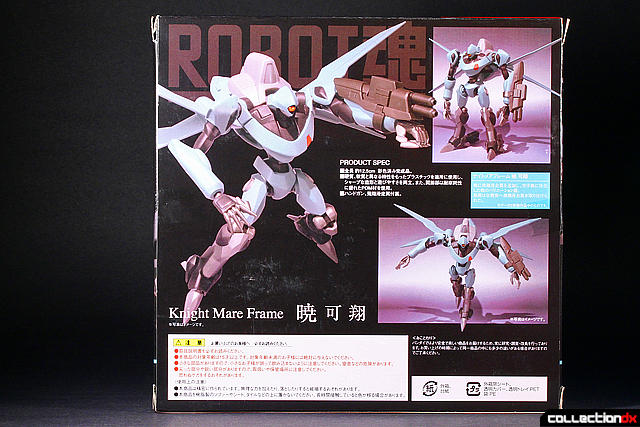 Straight out of the box, you will see that Akatsuki has relatively short legs and long arms. The sculpt is very nice and while the color may not be popular with too many people, it is rendered nicely. 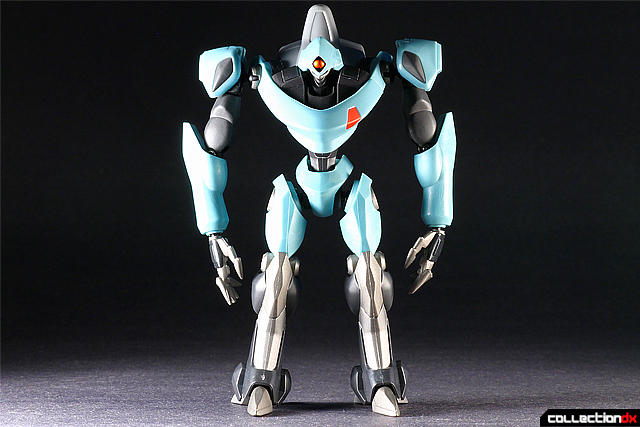 The back continues the same theme. 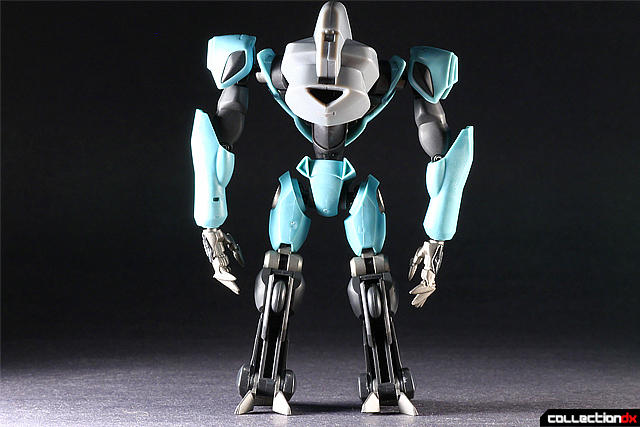 The large grey pack on the back houses the cockpit which is rendered in a metallic gunmetal color. 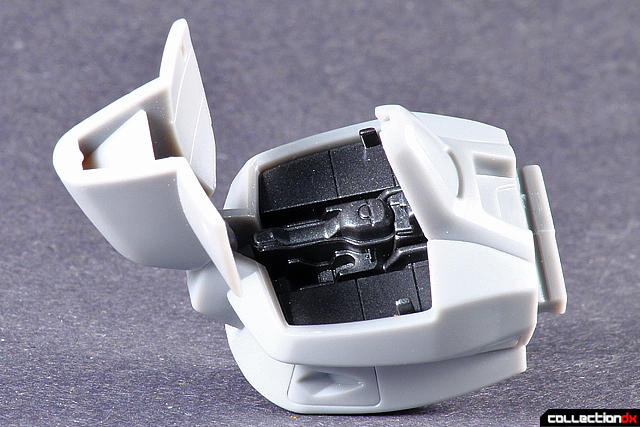 Akatsuki carries a double-barreled handgun on his left arm. The gun has a nice sculpt and metallic plastic finish but lacks any other type of paint detail, which may not be particularly necessary since the gun is shown to be all one color in the show. 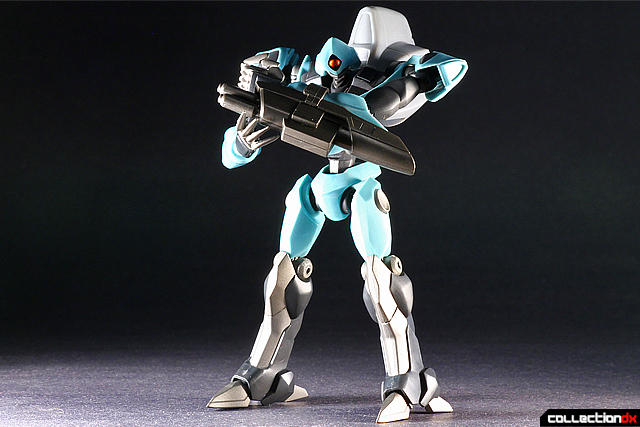 What really brings the figure to life is the addition of the Air Glide System which simply clips to Akatsuki's back. The addition of this flight pack does make him a bit top heavy with a tendency to fall back if not posed correctly. 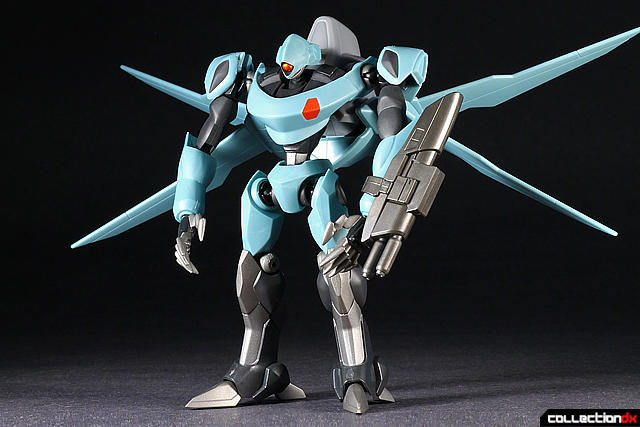 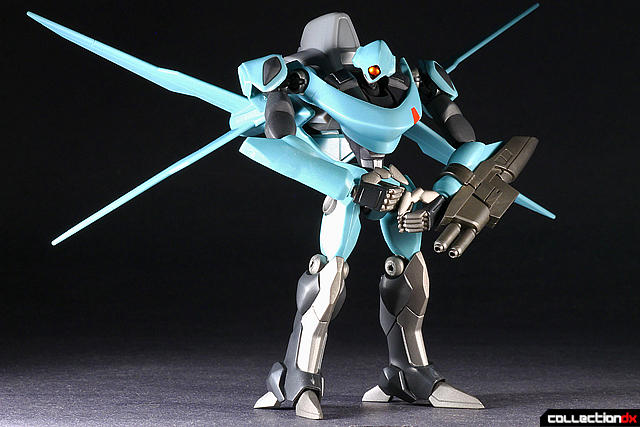 To alleviate any balance problems, the figure does incorporate a Land Spinner system which is a sort of propulsion system for these frames. The system swings down from the backs of the legs. 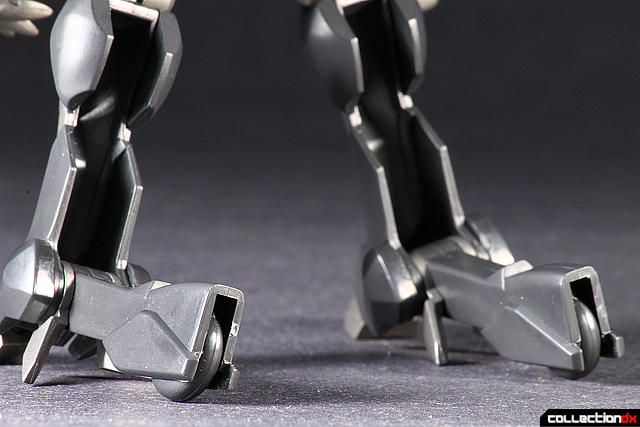 The addition of the Land Spinners fortunately allows for much more stable posing should you be having difficulty. 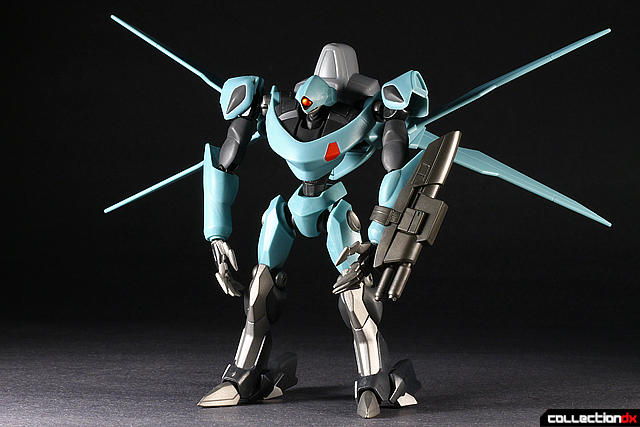 The Air Glide System or Float Pack as it's also called, has a panel that pops off and reveals a 12 tube missile launcher. 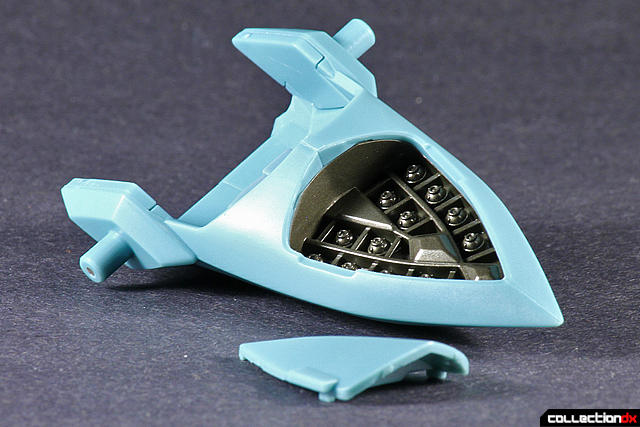 Through the use of a stand (not included), you can create various flight poses. The stand attachment port is located underneath the Air Glide System. 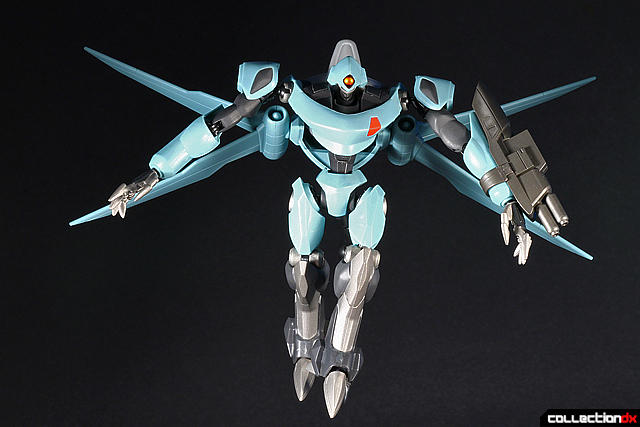 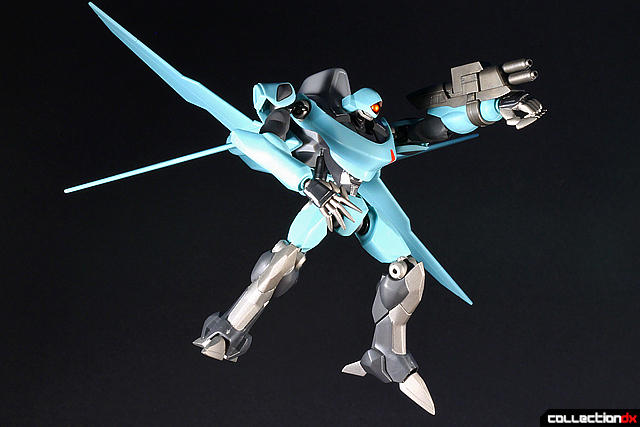 I really must comment on his surprising articulation. I did not expect much from this little guy, but I was pleasantly surprised to see that he was easy to pose. 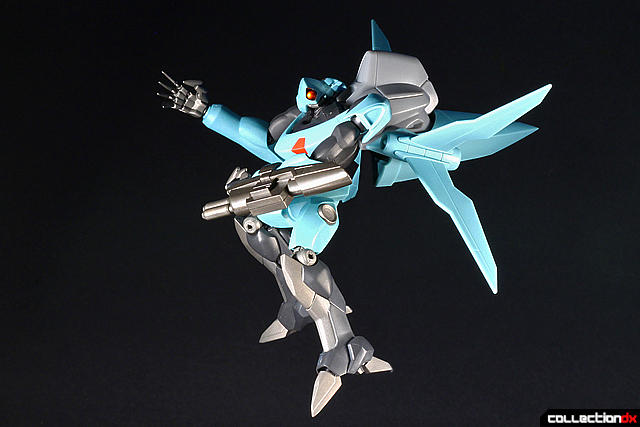 One particular piece of the robot that stands out to me is his monoptic eye. It has a deep orangey-red metallic eye that reminds me of paint you would see on a hot rod. Watch out because that one-eyed robot has some good aim! 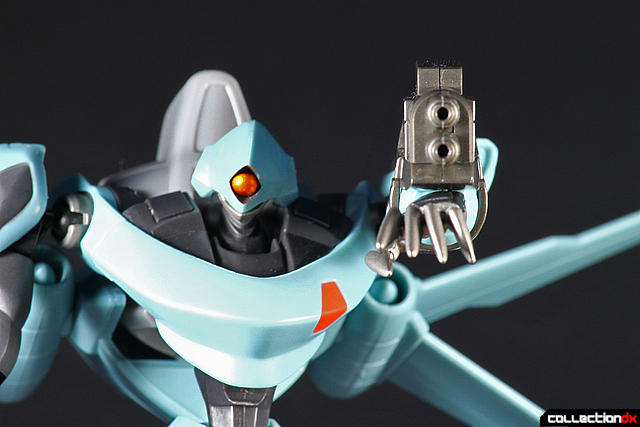 I don't know if this frame is particularly popular or not, or it could be the fact that it is a two year old release, but you can pick this guy up for about $10.00. That is much cheaper than his release price of 3200 YEN.

2 comments posted
This is a surprisingly solid figure for the money!

This is totally worth checking out.

I'm not a fan of Code Geass but that is a nice design.