Keroro Gunso, or Sargeant Frog, is a popular anime and manga series which follows the exploits of the titular Sargeant and his cohorts, two-foot tall frog-like aliens bent on the conquest of earth. The cartoon is a manic, goofy affair, and the frog-alien story wouldn’t typically be of much interest to a robot fan. But Keroro is suffused with a deep love of the mecha genre, particularly Gundam. Keroro’s platoon regularly pilot all manner of mobile suits and spaceships, most of them direct homages to classic robot designs.

I don't follow the show, but i always keep my eye out for Keroro toys, as Bandai often produces some really killer product, including tons of Gun-pla and even faithfully realized FIX figuration figures.

Each piece was released in a smallish box, with the top and an inset photo showing you which component you are getting.

The GKF is similar to Combattra and Voltes V in its build-up. Each piece includes a vehicle (with accessories on sprues), a driver, and a sticker sheet. The set consists of: 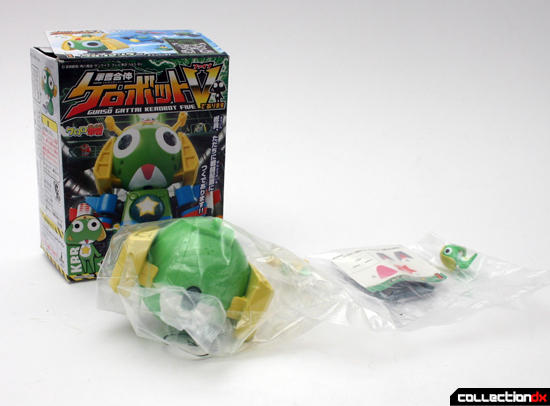 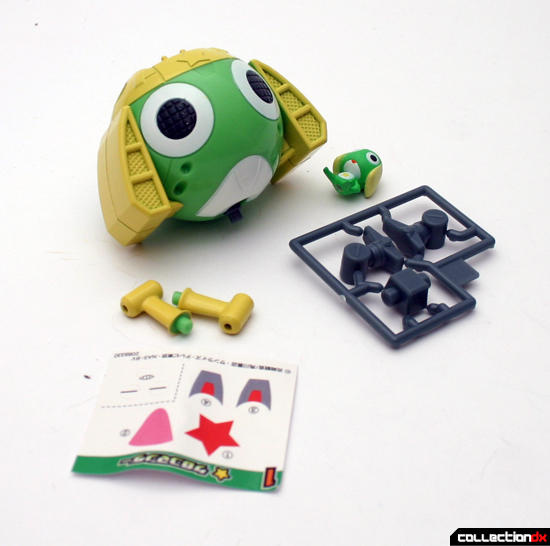 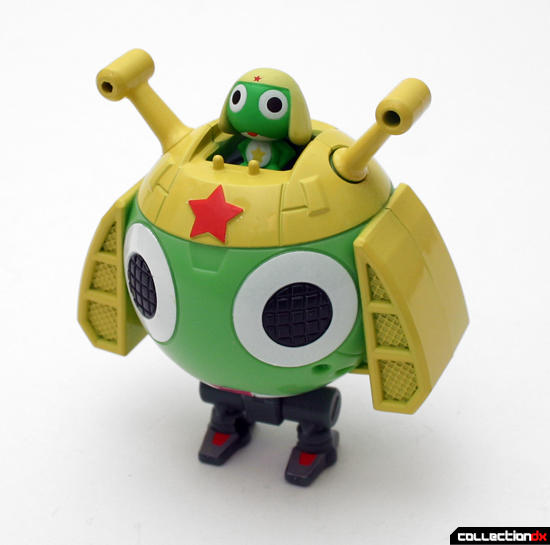 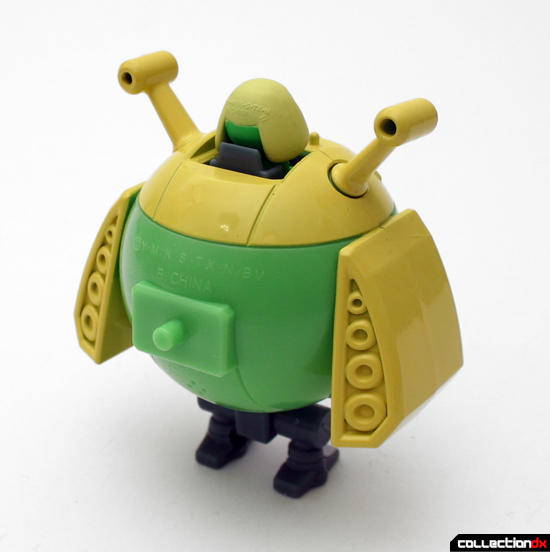 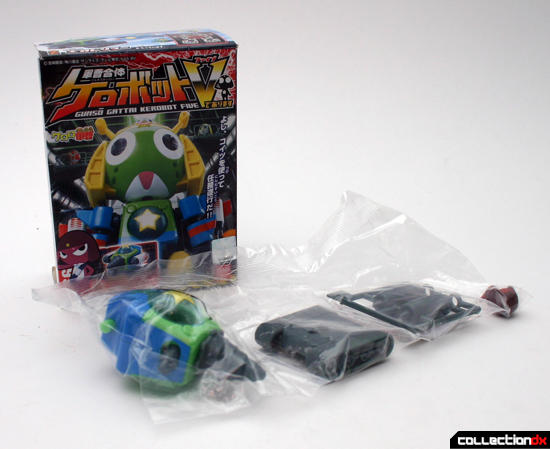 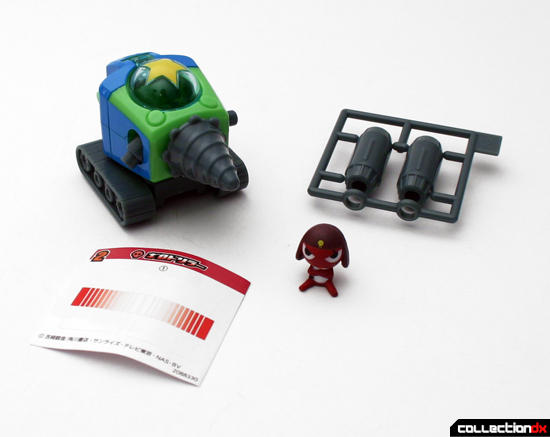 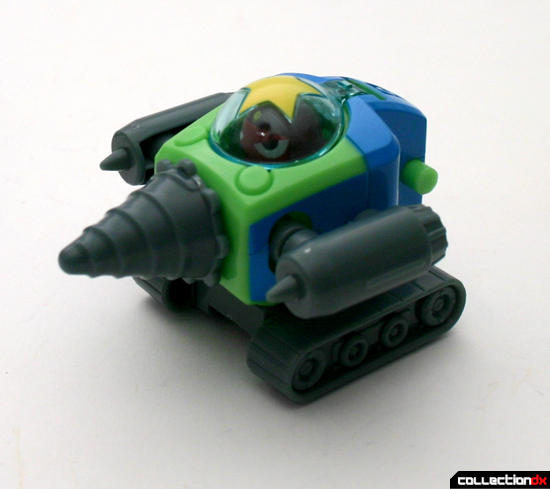 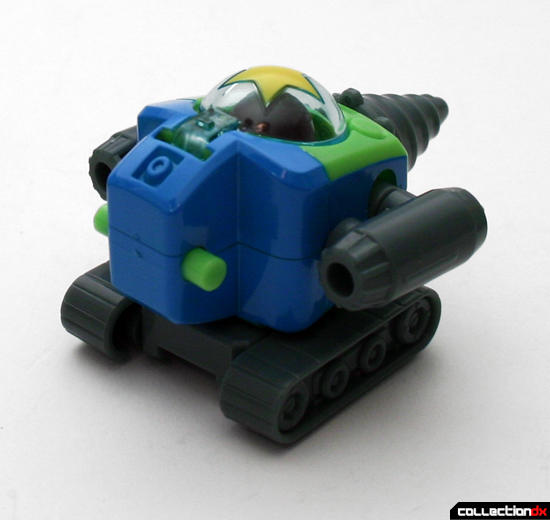 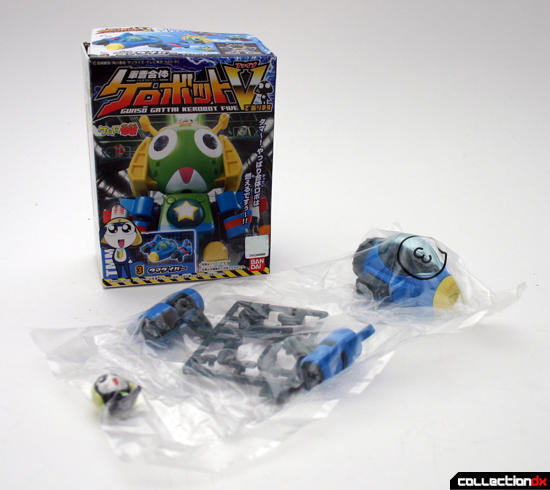 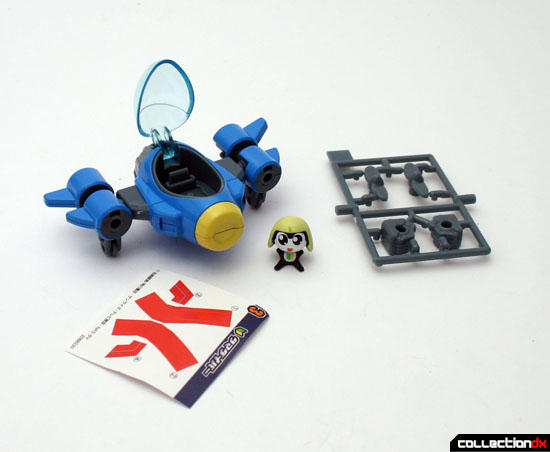 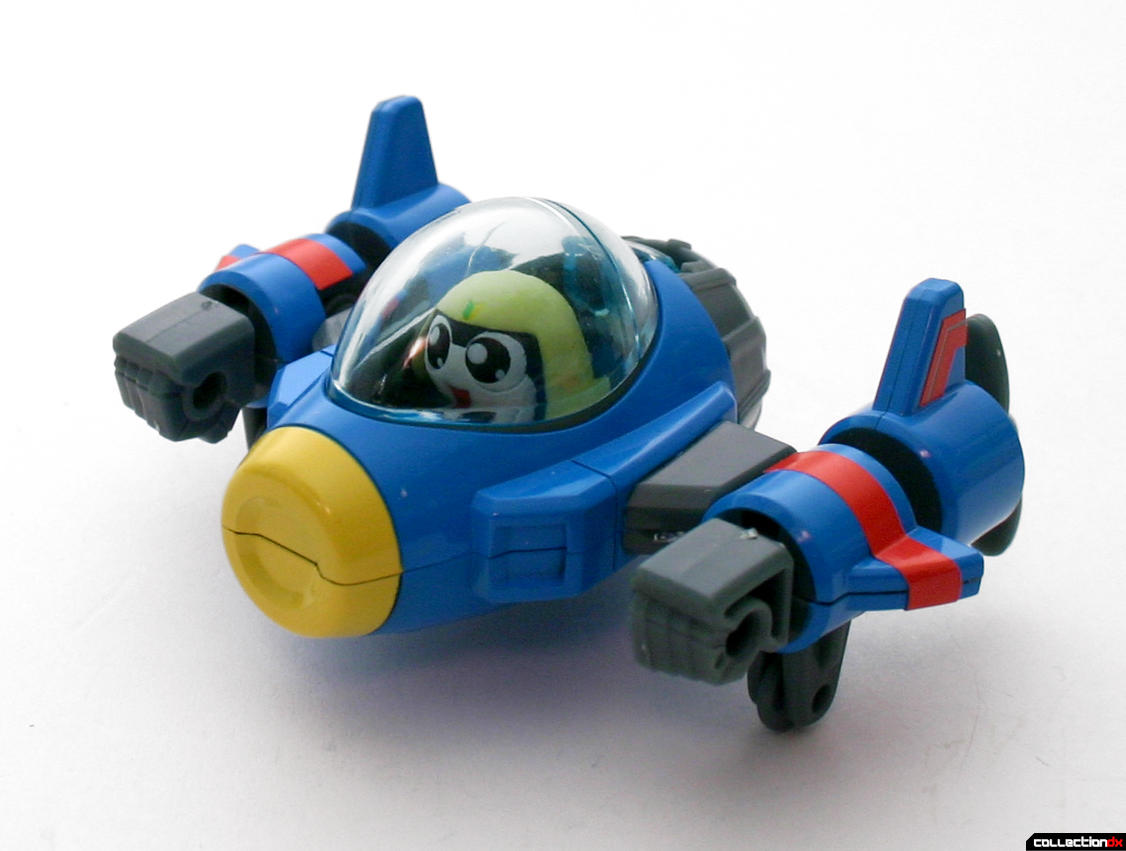 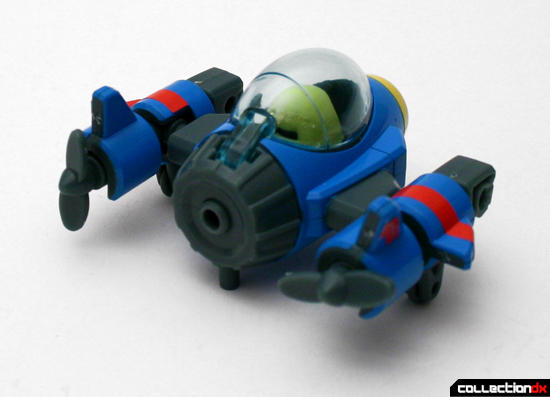 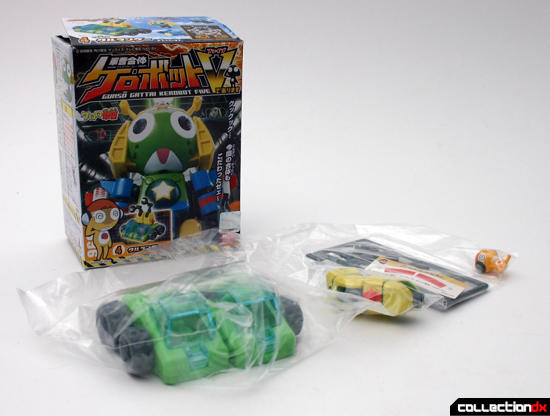 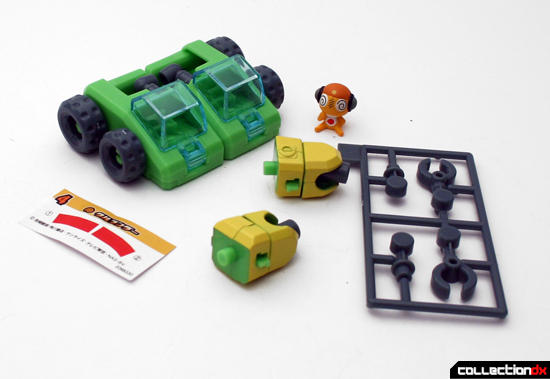 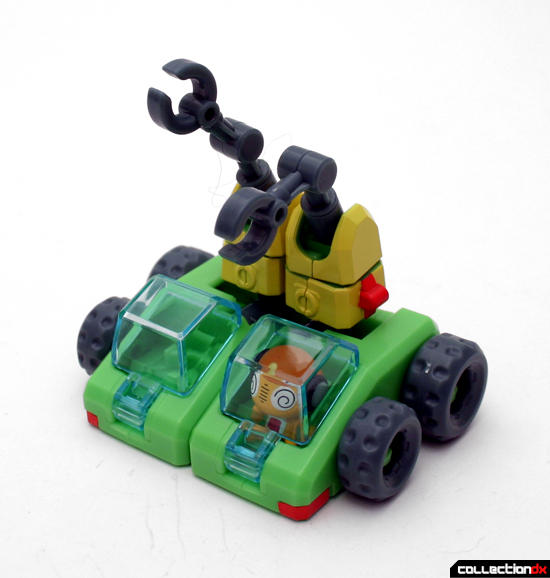 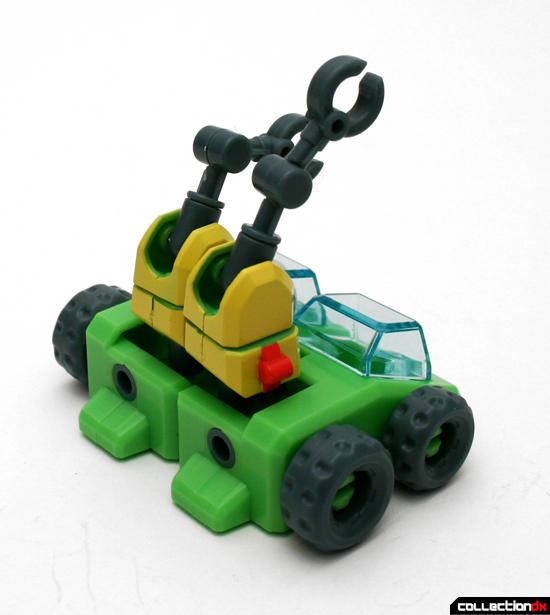 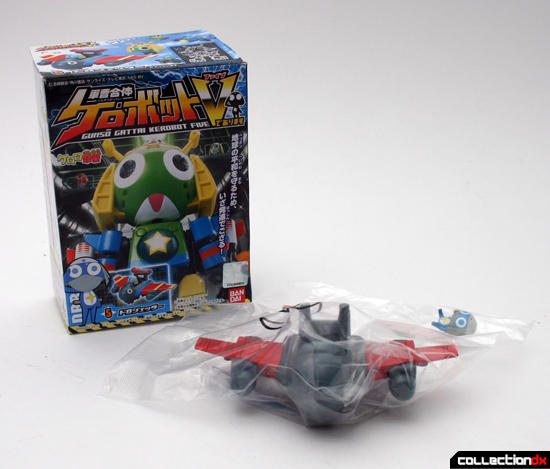 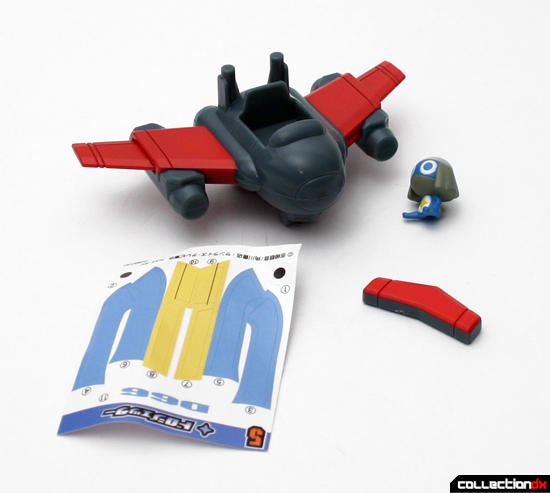 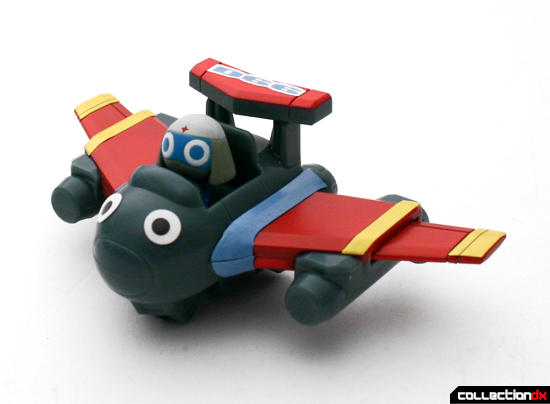 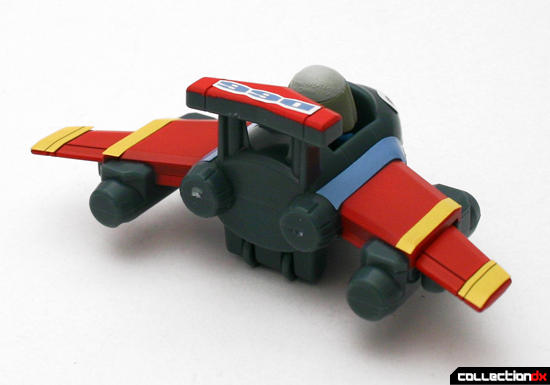 The pieces fit together intuitively. The completed Gattai stands around seven inches tall. Though it’s barely articulated, and something of a static brick, it’s still a very successful plaything. The cartoonish interpretation of the real robot gattai toys is dead on, with excellent proportions and color composition. I love the clear cockpits, the visible drivers, and the classic mech styling. 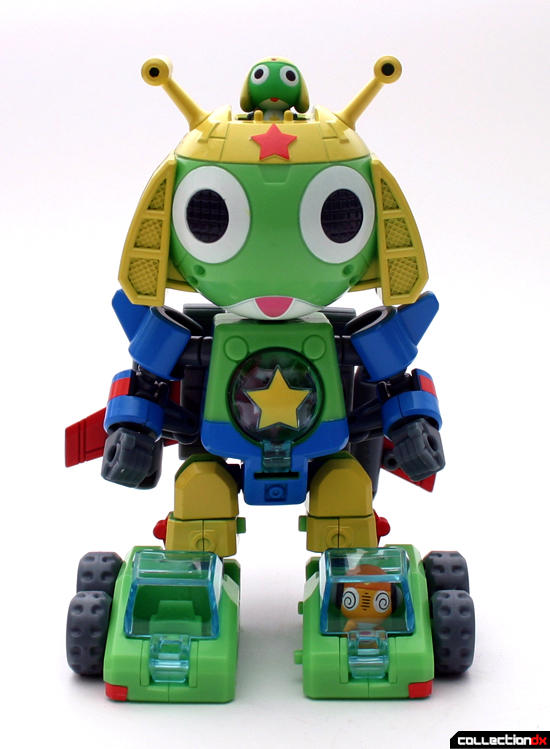 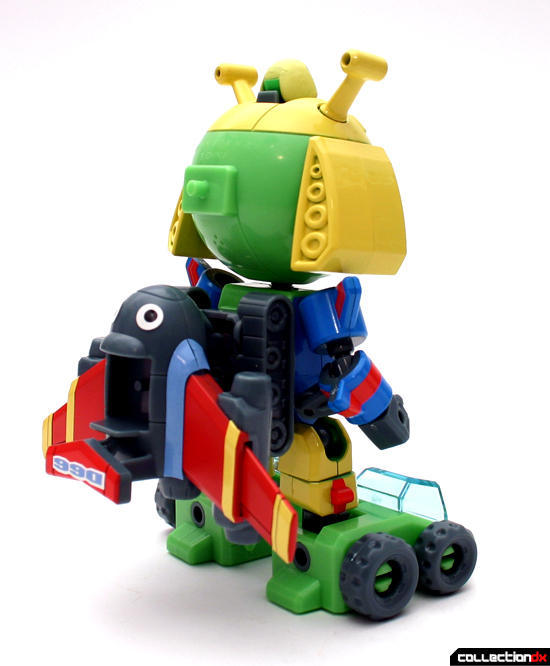 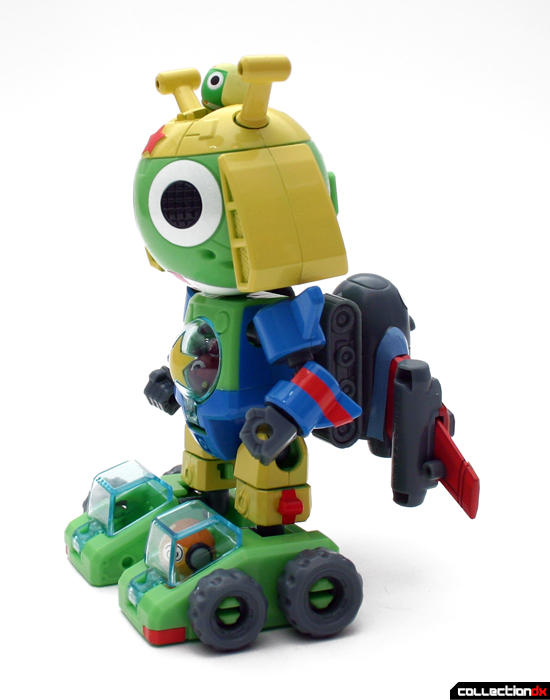 I think, as collectors, we tend to get too wrapped up in the high-end, serious adult ‘collector’ segment of the market, missing the contemporary, genuinely fun, simpler toys which grabbed us all as children. The Kerobot Gattai is a remarkably silly, soulful piece which transcends its disposable nature.

3 comments posted
"...tend to get too wrapped

"...tend to get too wrapped up in the high-end, serious adult ‘collector’ segment of the market, missing the contemporary, genuinely fun, simpler toys which grabbed us all as children."

Umm, had I the money, tools, & skills, I'd be just as knee-deep in SD Gundam models as I am in Super Sentai & Transformers.

This is ten kinds of awesome. I love all the references to old mecha in there, like the obvious nod to the Shigcon Tank, among others. The feet also have a cute oldschool Fisher Price kind of feel to them, too. I may have to snag this guy later. "Candy" toys are not to be underestimated these days, with both Bandai/Plex and Kabaya turning out some high-quality, incredibly imaginative product. Were I not so already inundated with my own obsessions, I'd be collecting Mugenbine, Bukiborg, Hone-Hone Saurus, and others, rather than only having some great samples.