That simple call out started the true Heisei Era of Kamen Rider, and the rider behind it was Kamen Rider Kuuga! So today as a special part of Super Review Wars, I'm here fromTokuNation to show off S.H. Figuarts Kamen Rider Kuuga Mighty Form! 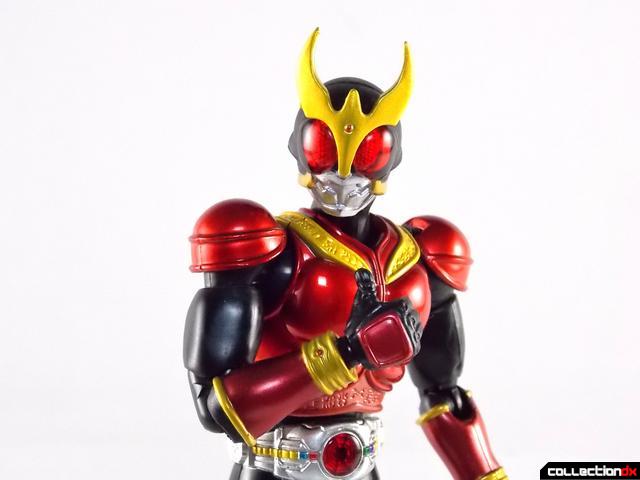 As one of the earliest releases in the entire S.H. Figuarts line, Kuuga Mighty Form is dated , but not horribly. The packaging however is. The early era of S.H. Figuarts are marked by generic gray boxes. So of course that's the way Kuuga is presented as well, with a few posed shots on the back and one colorless shot of the actual suit on the front. Nothing to write home about for packaging, certainly not the lavish type of box we're used to these days. 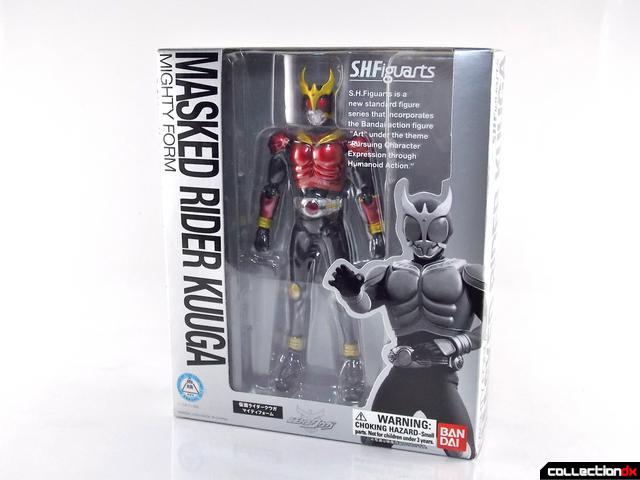 On to the main show! Kamen Rider Kuuga again is a very dated figure, and that shows in his design. Kuuga features proportions that definitely aren't as accurate as his modern brothers, but he's not gonna look that out of place with your more modern figures. Frankly for a nearly 7 year old figure Kuuga is still more than acceptable. 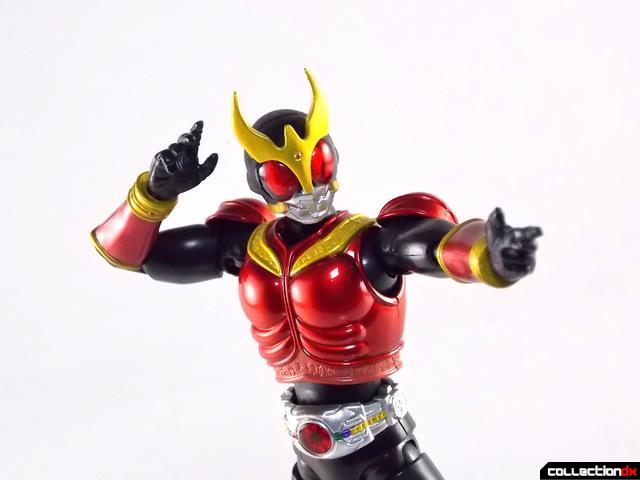 Kuuga has some absolutely fantastic molded details. Look at the details around his chest armor and neck, they are spot on. On top of that he has a simply gorgeous head. Despite his age Kuuga still has some of the most exquisite compound eyes I've ever seen. Even compared to other more modern figures in my opinion. 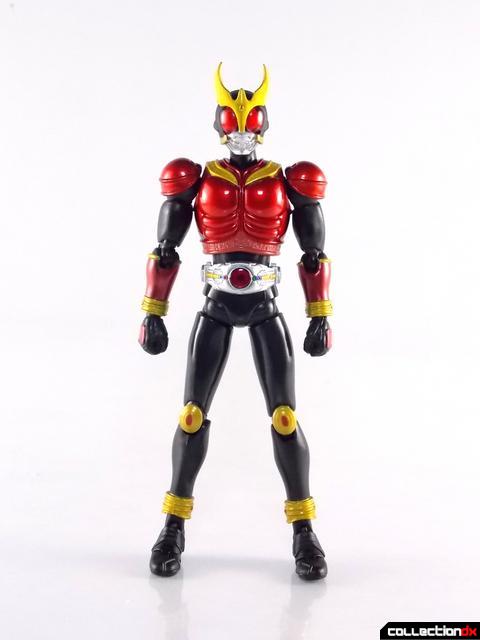 The general sculpt of the body makes Kuuga feel quite a bit more thin and lanky than the actual suit and actor were in show. So it feel slike he looses a little bit of his imposing presence as a result. However because he a nice "loose" sculpt he can access the full potential of his joints. This thing is nice and crazy poseable. And he still has the benefit of the now long gone metal feet. 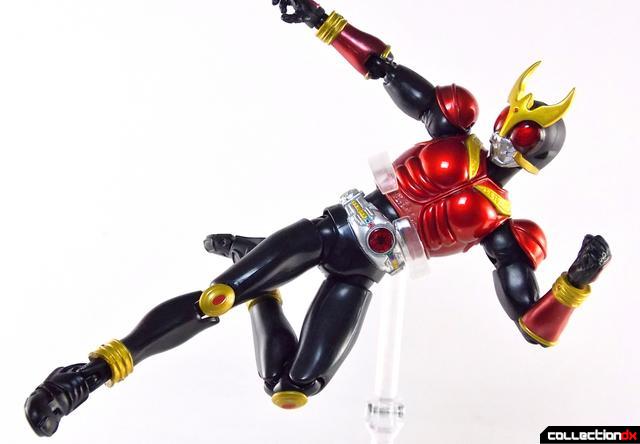 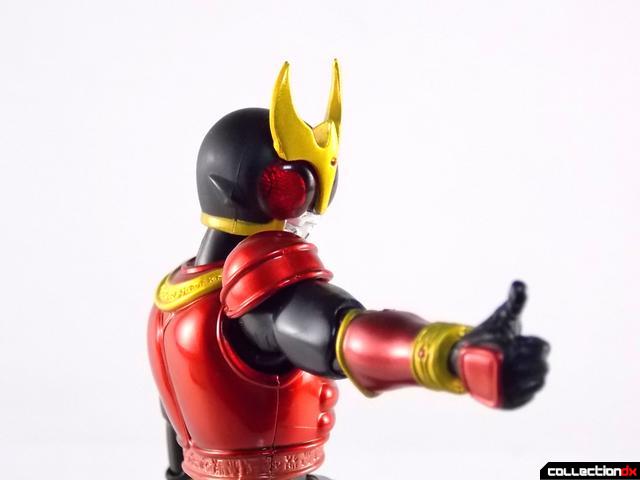 Unfortunately my Kuuga has loosened up quite a bit over the years despite only being displayed and not particularly played with. Along with this the pearly paint has begun to fade on the forearms. Which is not uncommon for this figure. Kuuga Mighty Form suffers from it sporadically but the later release Amazing Mighty is the worst offender.

S.H.Figuarts Kuuga Mighty Form might be old and may not be the greatest figuart ever. But it is a more than serviceable addition to your collection. He fits right in with most newer figures thanks to the simplicity of his suit design, and he'll go perfectly with older Figuarts as well. He's perfect for you Kamen Rider Kuuga display, or your Decade display, and he looks particularly nice with his spiritual successor Agito. 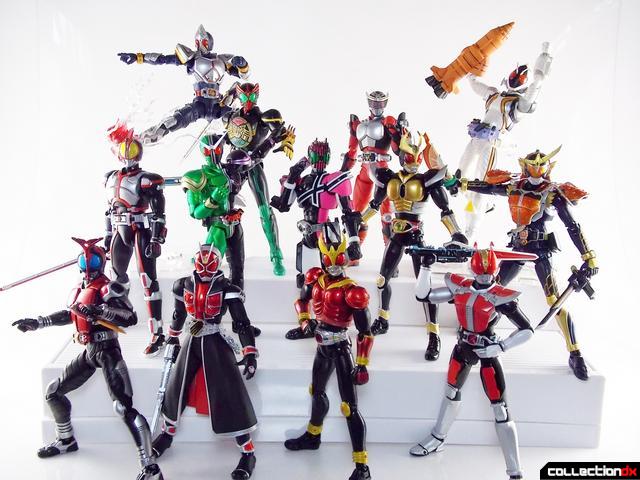 Kuuga Mighty Form is a mighty good figure for it's age. (Aha see what I did there!?)

Be sure to check out TokuNation for all sorts of other Tokusatsu goodies! And don't forget to follow the site and Den-O on Twitter @TokuNation and @DenO_TokuNation

This document has been edited with the instant web content beautifier tool which can be found at htmleditor.tools - give it a try.