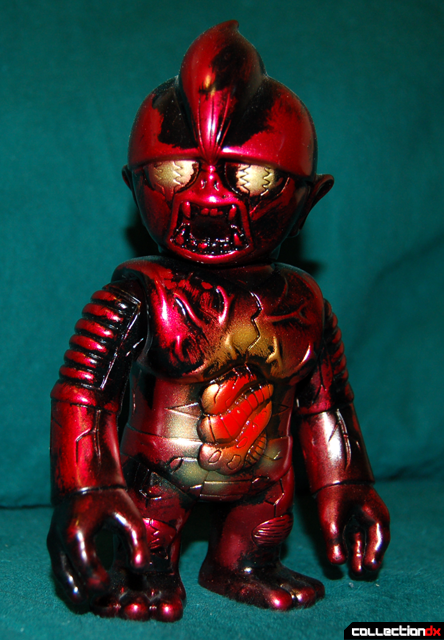 Kaiser-head is the fusion of Mutant Head and Akro Kaiser. He’s warped and mutated and very clearly angry about that.

The sculpt manages to tie key details from both characters into a cohesive new figure with the addition of even more detail. From the exposed guts to the cracked skin, it seems that Kaiser-head’s mutation was a violent one. 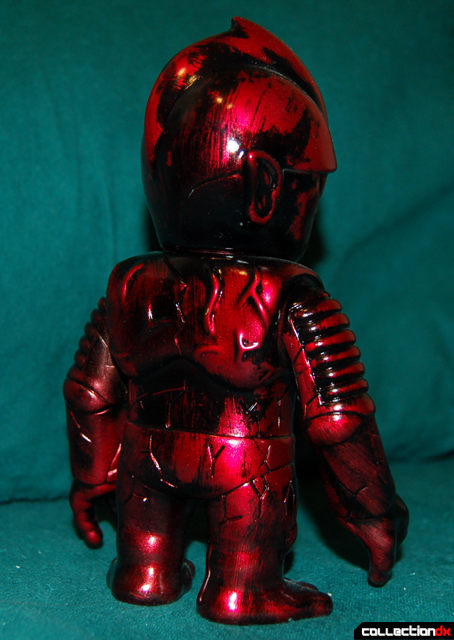 This version was the debut release at SDCC09. It is on black vinyl. The effect on this one is really neat, with a shimmery and scary finish. I think it was painted by applying clear red over a silver overbrushing, with some details accented with sprays. However it was done, it looks great.

The MZ3 sculpts are slightly chunkier than the MZ1 and 2, and that makes them really fun and impressive figures in hand. Many versions of them are pretty easy to find, and they are really detailed and worth looking up. 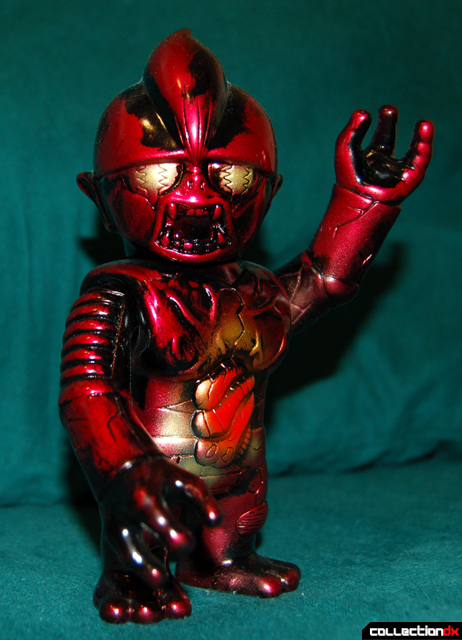